A while back we approved a long term project which is mine and my friend’s electric motorbike conversion. Here is the first update.

So our initial battery pack design features 3 individual battery packs that can work independently and separately from each other. This will allow us to start off with just 1/3rd of the cells and give us the most flexibility with cost and placement. Each battery pack will be 100.8v and consist of 15 parallel cells, or 24s18p. It will be able to discharge about 15kW of continuous power and store around 5.2kWh of energy. Each battery pack will be built and added to the other packs (in parallel) over time. You can see a functional design of the battery pack below, with each battery pack consisting of 24 lots of 15 cell modules (3×5) placed in series. 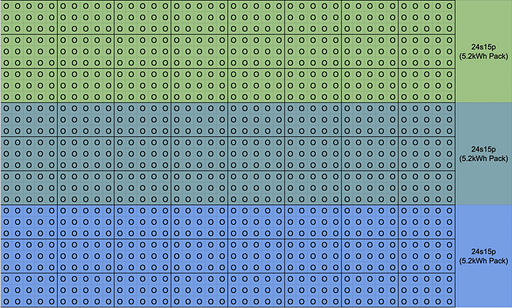 A spreadsheet showing the layout of the battery pack.1024×616 471 KB
(above) The logical design of the bike’s battery system, 3 individual 5.2kWh battery packs.

Each battery pack will take up about 41cm x 38cm x 7.5cm of space. Below you can see the 3 separate battery packs layed out in 2D, and my 15″ MacBook Pro for reference. Now that I’ve seen the physical space the battery packs will take up, it’s much easier to visuale where they’re going to fit on the bike. I’m also confident that we’ll be able to re-use the tank as a storage area because we’ll be able to fit the batteries below it. 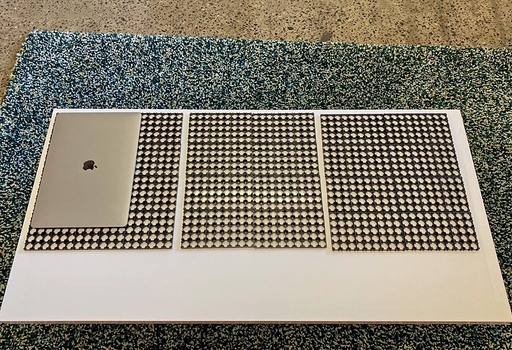 The cell holders from the 3 battery packs are laid out on a table with a MacBook Pro visible for size reference.1024×699 255 KB

The cell holders from the 3 battery packs are laid out on a table with a MacBook Pro visible for size reference.

In the photo above, you can see the cell holders have all been joined together. Each 3×5 cell holder has small plastic bits that allow you to join them together to make bigger battery packs. When they’re attached to the bike, they won’t be perfectly square as in the photo above. Doing this would waste a lot of space. Instead, each pack will be put in and around the bike’s frame to maximise space. You can see some of the individual cell holders in the photo below. 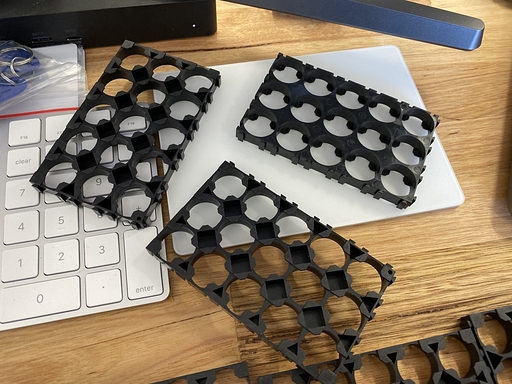 You can also see this on our blog here.