Hey guys, figured I’d throw some pics up of some of the audio stuff I’ve been building at the Space. My background is more in the automotive side of things, so anything home theatre brings in it’s own challenges.

First up, I built these 2 way speakers using the donated drivers at the Space. The goal was to trial some designs getting ready to sell a few sets (I’ve sold one ‘kit’ already, which is good as the woodwork takes the longest time!) 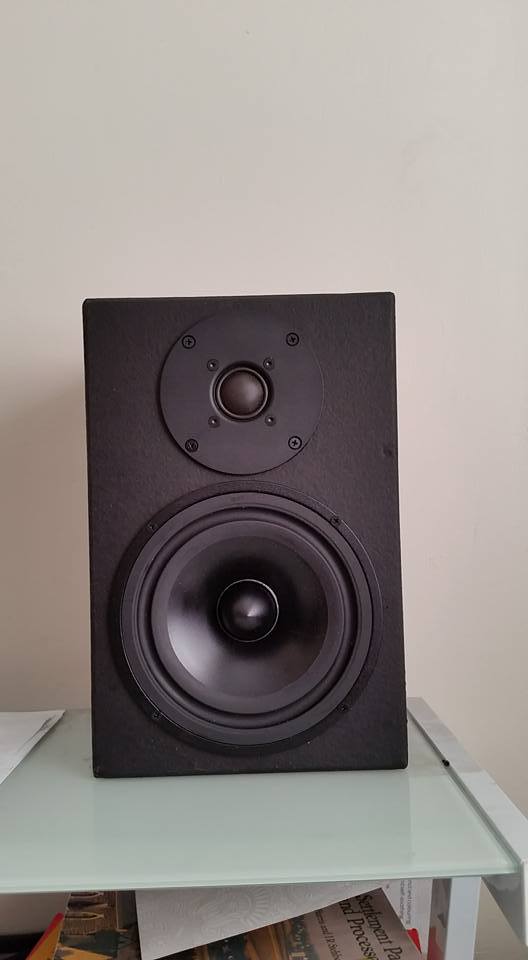 *Crossovers: first order, l-pad attenuated tweeter, custom wound inductor, zobel-correct mids - all designed using this guide. I actually struggled with some of the numbers I was getting from measurements on the spreadsheet so I worked everything out by hand - chances are I was just doing something wrong but a 400uf capacitor for the zobel seemed a bit crazy

The math took around 2xA4 pages, not particularly complex but time consuming.
I designed the boards in CircuitMaker and etched them - eventually I’d like to make a few ‘universal’ designs that can be easily produced by somebody else as it’s quite time consuming. 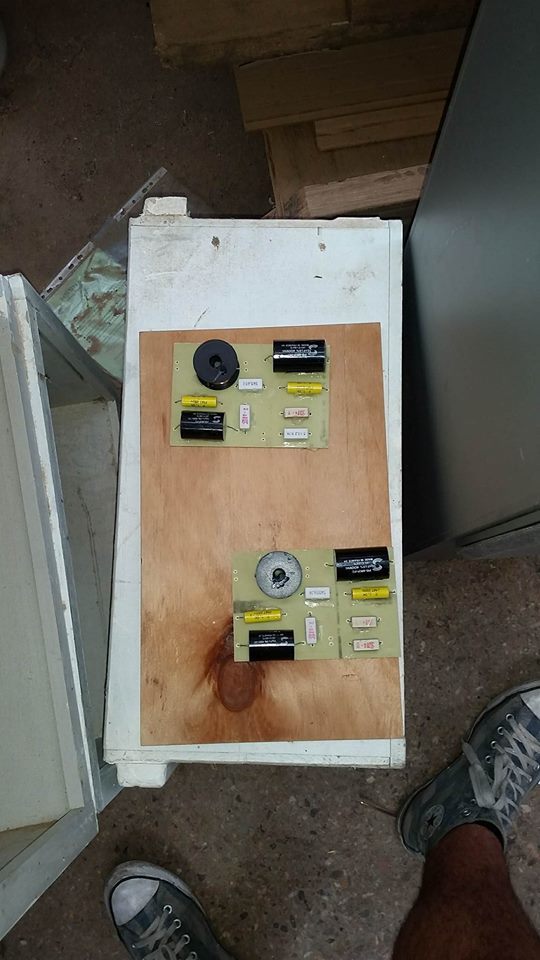 *Enclosure: 17mm structural ply with ample bracing, 7.5L, airtight sealed with silicone internally, truck bed liner painted (what I’m most disappointed with - the finish didn’t ‘set’ in 8hrs so I installed everything while it was a bit tacky. Probably did a great job for sealing around the tweeter, but not so much for random dust that got stuck in the paint).

Overall, pretty damn happy with how they turned out and a massive improvement over what I replaced (AIWA 2 ways that I’ve used daily for almost 12 years - they don’t sound amazing but I haven’t had a single issue with this or the attached amplifier).

Lessons learned:
*anything below 60Hz is a bit lacking, so with the next few sets I’m building I will go bigger to either twin sealed mids, or porting a single.
*truck bed liner is terrible paint
*flush mount tweeters minimum, preferably recess it 1cm from the mid. Showing the speakers to an ‘audiophile’, they were horrified that everything is mounted to the front face as something something phase angle something (don’t ask me - I think they sound great haha). It’s worth trying for the tweeters anyway, however I will have to go buy a few special router bits to cut it accurately.

Was there a reason for using ply and not mdf?

Ply has a better natural resonance in the frequency range of the human ear than mdf does .

What buzz said, ply is more rigid. I have a 170+ page thread discussing ply vs MDF if anyone cares

Ply won for most of the people by the end.

There are two schools of thought on it, one is to dampen the hell out of it, increasing the mass and dropping the resonance as low as they can.

Both schools of thought believe they have Newton on their side. I tend to fall into the later camp, as it is inhabbited by people who have access to very fancy computer modelling software and work for NASA

This guy is one of the ones with access to pretty cool software, and vibration measuring hardware. Any post by his is pretty sound (see what I did there, I kill me :p)

To be honest - I just really, really hate working with MDF haha. It sucks to paint and you have to be too finnicky to ensure you don’t dent it.

There’s the whole cancer thing too I guess