Any love for Synthesizers? 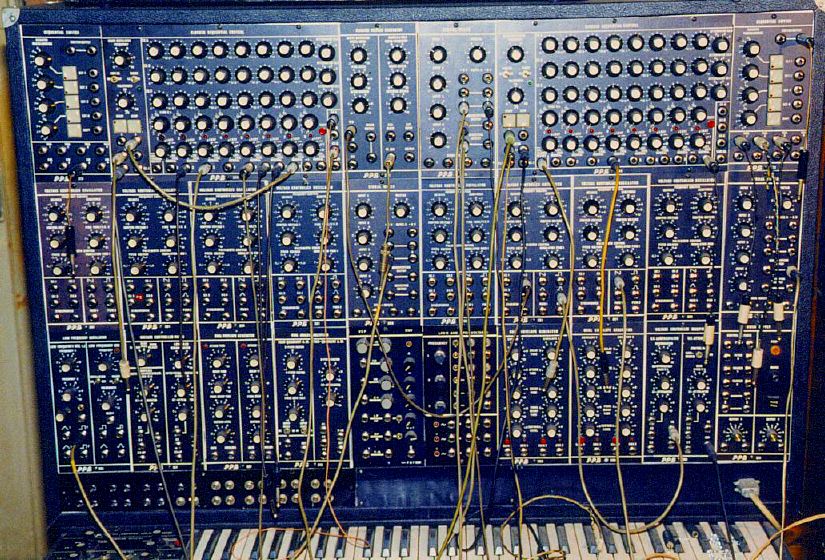 I wanted one of these since ever.
@Operaman tipped me off on a particular one that was released in the 70’s in an electronic magazine.
You can find it here:

I looked through it and we got the equipment to build one from scratch.

Please, don’t say anything like virtualisation, or microcontroller. Analog and DIY being the keywords here.

Hot. I used to have the remains of a Korg and got it partially working.

Most definately, I’m in. I should be able to find a keyboard or two, or how about a full Wurlitzer

I have a very limited knowledge of electronics (am keen to learn though.), but I have wanted to build myself an old school analogous synth since forever. I’m an avid musician, with piano being my main, I love what people like Keith Emerson can make these things do. If you have room in your project for someone who would be learning while he went I’d definitely be in on it. And I can be useful from a hardware side.

I’m still convinced I can create the exact same sound out of my Desktop Audio Workstation software, but then again its not science if we don’t test that, so I’m happy to help out in building\sourcing parts for this project if I can. Besides regardless if its practical or not synth gear will always be cool…

@caffeine_addict How are your picture manipulation skills, aka Photoshop, Illustrator… What I need most atm is to get the circuit diagrams from the PDF into some sort of vector graphics. DXF would be preferred but everything vector is good for a start.
If you like to get involved, just give me a yell on a Tuesday night or any other time you see me around and we figure something out.

@Hamish_McGregor [quote=“Svenska, post:1, topic:659”]
Please, don’t say anything like virtualisation, or microcontroller. Analog and DIY being the keywords here
[/quote]

The idea is to have it build from scratch. I can install native instruments and got all the synths ever made on my computer, that is NOT the point here. It is about building an awesome noise maker from scratch.

Objection declined, your selected categorization falls under “regardless if its practical or not synth gear will always be cool” =p

No really I’m happy to help out, it sounds like a fun project. I can start to convert your PDF files if you’d link me to a copy. I’m assuming you want DXF so you can export to a mill or other similar process for making PCBs, with this in mind do you have any particular requirements or are you just looking to get it into a easy to work with format at this stage?

I’m interested to see where this goes! I also vote we try and get our hands on a Lowrey Cotillion for extra awesomeness.

@Hamish_McGregor they are linked in my initial post and yes, the DXF is for milling.

I have some CAD/CAM software that can convert images to vector and export to dxf (I think I do anyway, I’ll have to scrounge around my hdd), so I’ll have a look at those pdf’s for you, and I hope to be there next Tuesday.

@caffeine_addict If this works it’ll be much quicker than me doing it by hand. However I’m willing to help out in any way possible. Also if the tool won’t work for whatever reason just give me a buzz and I can start the slower process that I know works.

/me looks around…Did someone say “buzz” …?

Yes and no. I no that its technically yes, but its also no. While yes its what was said, I no that you no the answer was no, if you no what I mean?

@buzz we always say your name, secretly hidden in a cupboard we whisper: BUUUUUUUUZZZZZZZZZ

@caffeine_addict please do that. Getting these boards made is the big hold back atm.

Do you have a way for me to send you some files so I can check I’m on the right path? Just so I don’t go to town on the lot and find I’m barking up the wrong tree

By the way guys, between the electronics and the science lab cause, we are working on creating an easy way to make prototype single sided boards. If you can get some nice crisp images for use of the boards, we should be able to get it to work.

We will be using either laser ablation or photoresist. I have a spray bottle of clear lacquer for the laser ablation and a roll of riston for creating photosensitive boards if anyone wants to try. Of course, if you can find someone who is willing to teach you how to use the PCB mills, that would also do the trick.

Though what with the quality of those images that I’ve seen, it might just be easier to recreate those boards in either altium or kicad and have some nice crisp new files. Plus you could use SMD parts making it quicker to assemble.

For those that are curious, here is an example of making a PCB with photoresist: https://www.youtube.com/watch?v=pbYDQuALOeY

and here is how easy SMD soldering is: https://www.youtube.com/watch?v=h-NG8Vk1aC0

SMD parts and solder paste is the next step for the electronics cause after getting set up with old fashioned through-hole for prototyping.

Mmmm, I’m pretty annoyed, I seem to have lost my program along the way. I’ve just spent the whole day looking for a nice alternative to generate a vector off a bitmap that looks half decent, but the quality on the .pdf leaves a lot to be desired, so I’m having a look at just re-drawing them from scratch.

I have Autodesk Inventor, so I can put out a nice .dxf of them, but that Altium program looks kinda nice, and might be a better tool for the job so I might see if there’s a trial floating around.

Also, milling isn’t a problem, I’m a CNC Machinist by trade, currently don’t have one of my own, but I’ve got a CNC Router on its way (Eventually), and I’m more than handy on any G Code machine that’s floating around.

One of our members, Luke, has provided a private Altium license server at the hackerspace.
With a bit of effort and some setup, you can have a legit Altium copy to use while you are at the space.

If done with SMD parts, the boards will be 10% of their original size. Some might say that defeats the point, but if we want multiple of one module, nothing beats professionally made boards: http://dirtypcbs.com/

I’ve had boards made by them and they came out flawless. Cheap too, especially if we want 10 VFO’s or modulators or something to play around with.

Come to think of it, I do need to run an advanced class in a fortnight.
Thoughts on holding an Altium class where everyone gets a schematic from the analog synth to lay out and create a PCB of in Altium? It’d take around 3-4 hours per schematic but if we managed to get one person per schematic going, we’d have it done in one sitting. Plus we could get any board there was multiples of in the synth manufactured so you have the satisfaction of soldering up your own board that you layed out with a proper silkscreen and soldermask.

It’d be on a Saturday afternoon.

Well that sounds pretty awesome, I have no particular attachment to doing it the old-school way, SMD is fine by me. But it’s Sven’s baby, so if he’d prefer it that way that’s cool too. Either way, I think designing it in a proper schematic/PCB editor would be an easier way to go in the long run, we can tweak it down the track easier, so I might spend some time and start learning some new software. We can still mill the PCB’s with Altium, it’s got built in code generators by the looks of it.