Green room (n.): the space in a theatre or similar venue that functions as a waiting room and lounge for performers before and after a performance, and during the show when they are not engaged on stage.

Why renovate another caravan?

Barry has a multitude of uses, including but not limited to: 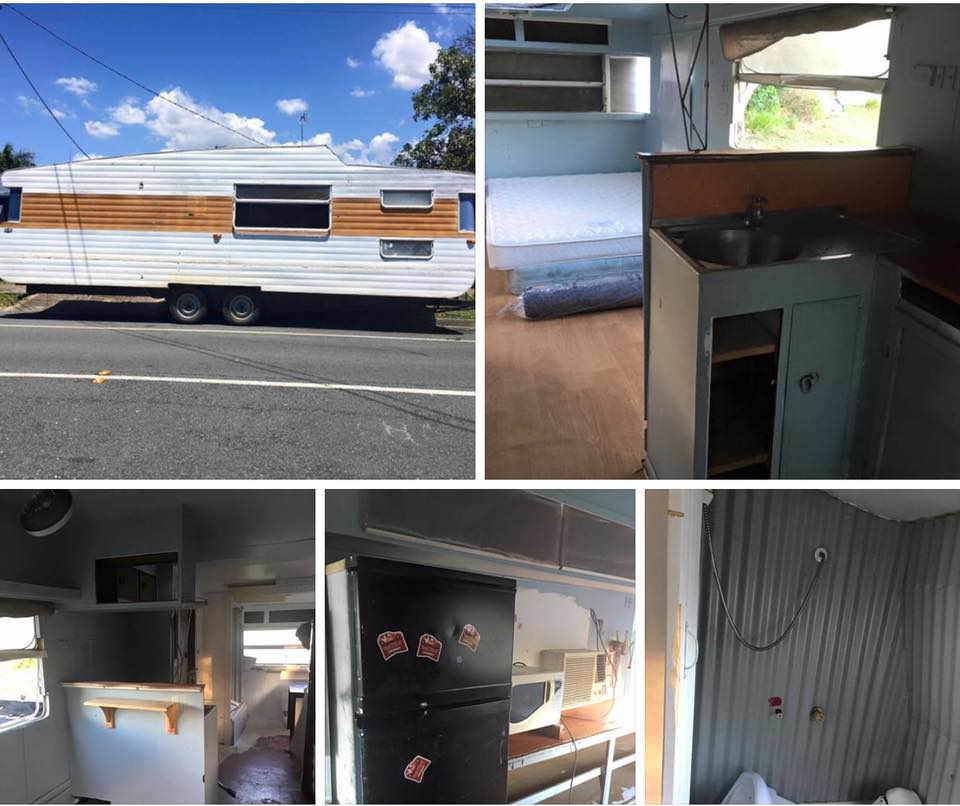 Barry joined the WQ caravan family in late 2016, when the WQ crew noticed that Sheila was looking a little downhearted without a partner.

There were also several logistical issues present when the crew brought Sheila to the events, mainly:

So the crew decided that Sheila was getting married!

Barry met the crew as a large run-down caravan with rudimentary furnishings and, unbeknownst to the crew, missing most of its roof integrity.

The First step was to make sure that Barry was made-over from the ground up, so that Sheila would have a worthy partner when the WQ took them to events.

Most of Barry’s internals were stripped to make one big room with a consistent roof clearing and floor space to accommodate upwards of a dozen people standing.

After which, the numerous holes in Barry’s walls were filled in and sanded back. At some parts where entire sections of the wall had disintegrated, metal sheeting was bolted to the existing adjacent walls.

The inner wheel arches had rusted through, so I (with very rudimentary knowledge of woodwork) constructed seat-height wheel arch covers out of marine ply and spare 2x4s.

After the internal refurbishing, Barry was given a fresh coat of white and green paint, in keeping with the WQ theme and his role as a green room. His first expedition was Jungle Love 2017.

Barry pimped out at Jungle Love. Circa Nov 2016.

At Jungle Love, it rained. A lot. The crew discovered that Barry’s roof was about as weatherproof as a $20 k-mart tent. This was rectified over many months, with Barry’s roof finally completed the week of Modifyre 2017, circa July.

Several instances of the crew working on Barry have been omitted. At the time of writing, the Author acknowledges his shortfalls in Wonky history, having been a recent addition to the WQ crew. Previous active members have explained that Barry has been worked on as much, if not more than Sheila in late 2016 and 2017 under the supervision of HSBNE members who are also members of WQ. This build log will be updated pending further knowledge into Barry’s history

At approximately 6am heading southbound on the Ipswich motorway to Modifyre 2017, Barry’s right wheel came off its axle. The wheel rolled across 6 lanes of traffic and safely onto the other side. 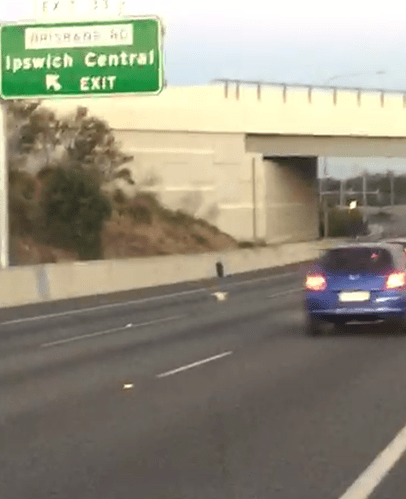 (the wheel was surprisingly in good nick)

And so for the second time this year, a WQ art car made the news, the first being Sheila’s presence at a protest event against the new Casino plans. We even trended on Twitter. The highway was shut for approximately an hour while a specialist tow truck arrived onsite to tow Barry onto the nearest safe stopping location (he was apparently too long/fat for a regular tow truck). 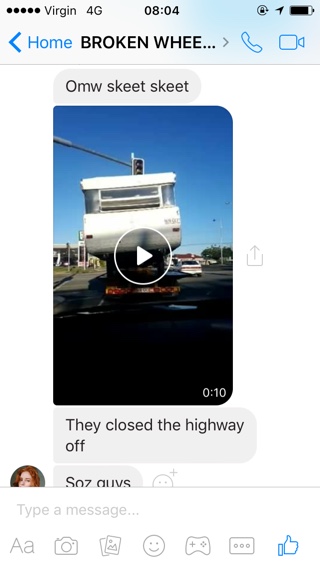 Barry’s never been quite the same since, and under strict orders from the lovely Lube Mobile mechanics and seasoned Wonky caravan repairers is that Barry is stranded until his axles are checked for damage and realigned. ETA for this is Saturday October 7th, after which Barry will hopefully be ready to be join Sheila on future Wonky adventures.

That said, there is a lot of work that can be done to make him a worthy partner of Sheila…

Barry currently is in the dark and relies on externally connected spotlights. For most Green Room purposes, daytime use is fine as he has windows for days, but during the longer events the WQ attend, a night-time use is increasingly needed and as such, he requires a more effective light source. The plan is to install permanent light fittings in the form of downlights, LED strips around where the ceiling meets the walls and, ambitiously, a strobe light or two.

With the aforementioned use of storing WQ and performers’ personal effects during outings, the plan is to install ceiling bays with subdivided pigeon-holes to accommodate up to two dozen people. A central bay will have several USB ports to charge phones, tablets, and electronic cigarettes, as well as regular sockets for laptops.

The one remaining artefact left from Barry’s strip down is a small bathtub, which has been mildly useful in sitting beer kegs down. However, it is needlessly heavy and can only accommodate one keg at a time, and is too shallow and wide to efficiently be cooled with ice.
The existing tub will be taken out, and a simple drainage outlet & grate installed in its place so that the floor is flat, while being able to accommodate more kegs.

Some plumbing will also be installed into the bar top (adjacent to where the tub was), so that gas and liquid lines are out of sight and not stepped on, which has happened often. A holster will be built into the back of the bar top to house the gas canister/s.

If you have any feedback on other ways Barry can be fixed or improved, please comment below.