Has anyone got a recommendation for the least bad cheap lab PSU?

Mine was from Jaycar
It looks like the don’t stock it any more.

It was the single version of this beast
https://www.jaycar.com.au/0-to-32vdc-dual-output-dual-tracking-laboratory-power-supply/p/MP3087

Looks like this is the one replacing it.
https://www.jaycar.com.au/0-to-30vdc-0-to-5a-regulated-power-supply/p/MP3840

At the time I looked at all the reviews and tear downs and decided it was ample for what I wanted.

I’ve decided to get one of these: 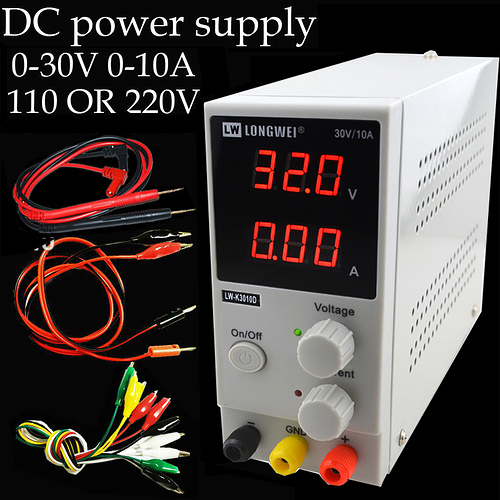 Will probably be total garbage, but for the price I can’t complain too loudly. If it works alright I might buy a second.

Yeah, I realised the shipping cost but not the USD until after I ordered. Oh well, still a good deal for what is, on paper, a decent bit of kit.

My PSU arrived on Friday. I ran it through some basic tests. Seems alright.

The current limiting seems to work as I expect. I set the limit to 1A and powered a little motor. Stalling the motor lit up the current limit LED and the motor was pulling 1.1A as measured by my multimeter.