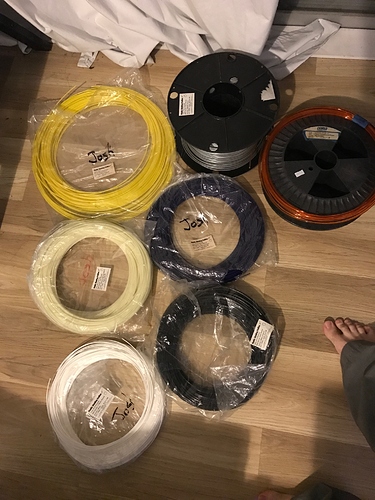 I am getting a 1.75mm printer so that is all I’m interested in.

How much for the white sample lot?

its a pretty small amount. $5?

That is fine with me.

Do you want me to meet you at HSBNE some time to pickup and pay?

I’ll be in tomorrow, i’ll bring with me.

What time tomorrow as it is a public holiday?

I can meet up any time it suits you.

probably more appropriate to pm me rather than muck up the thread with housekeeping mate.

i’ll be in in the evening, as is usual on open nights.