I’ve cleaned the bench a lot in the past and I’m fairly sure I’ll be cleaning it well into the future.
If it’s particularly bad, I take before and after shots.
This, is that. 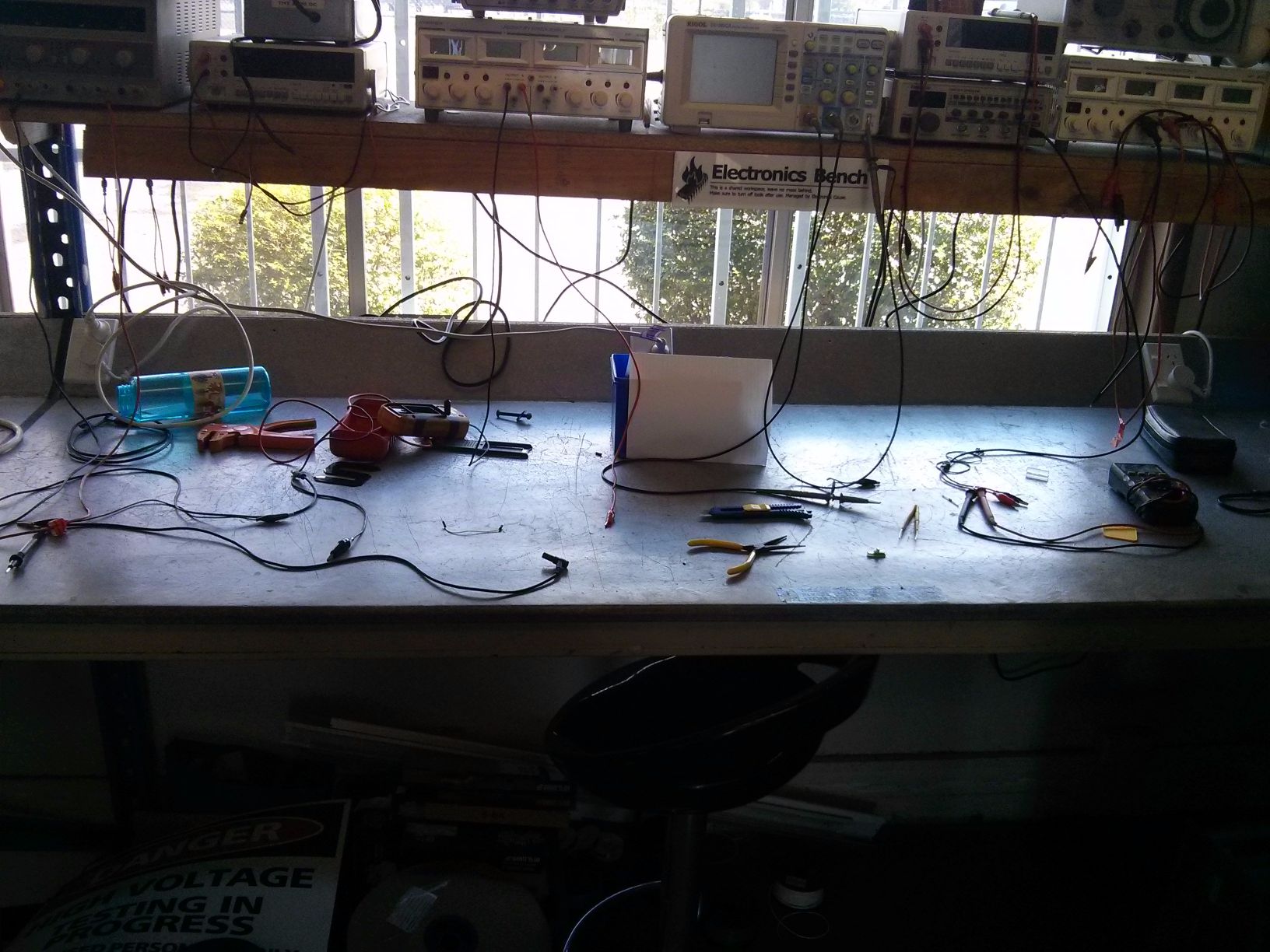 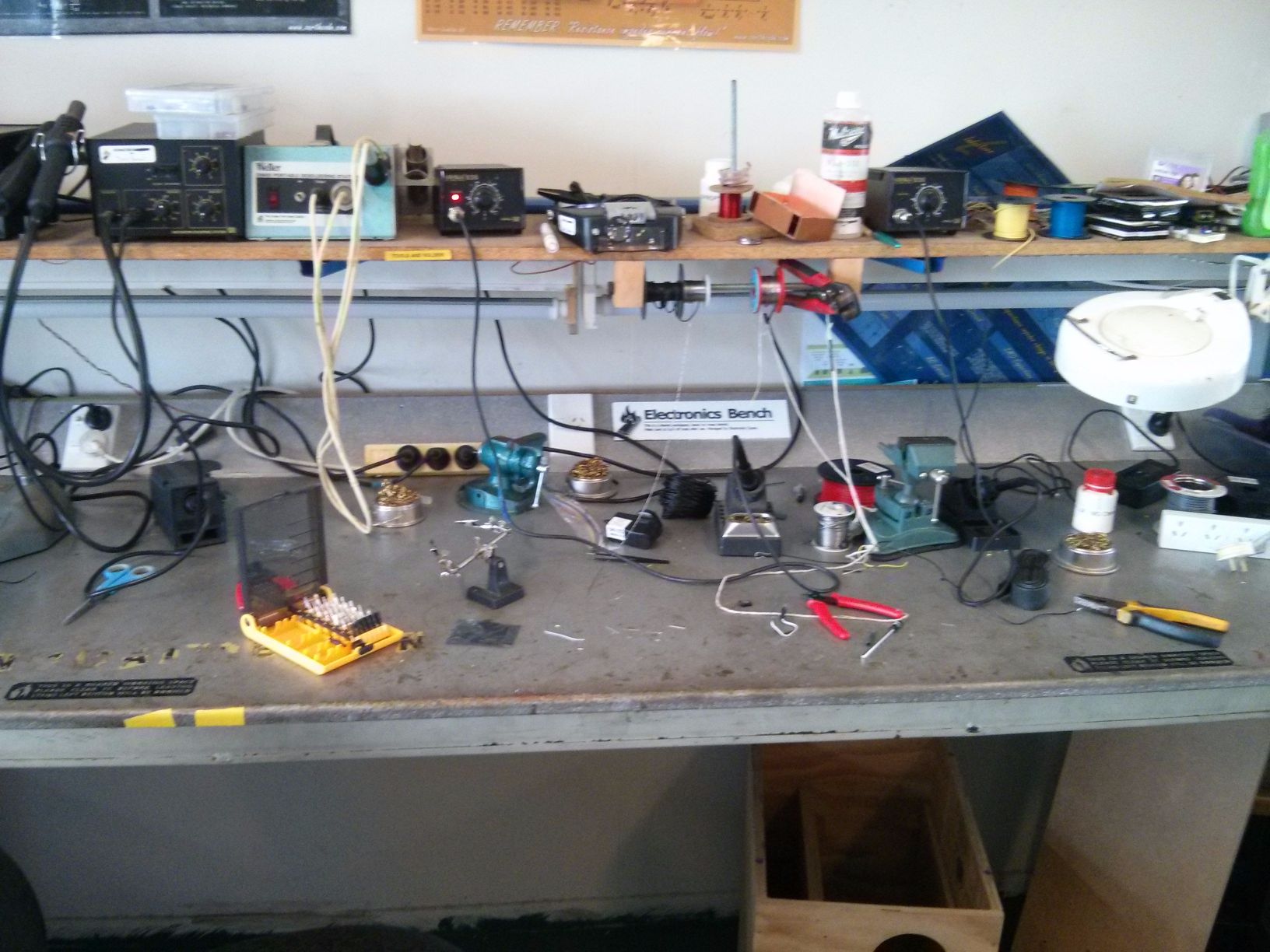 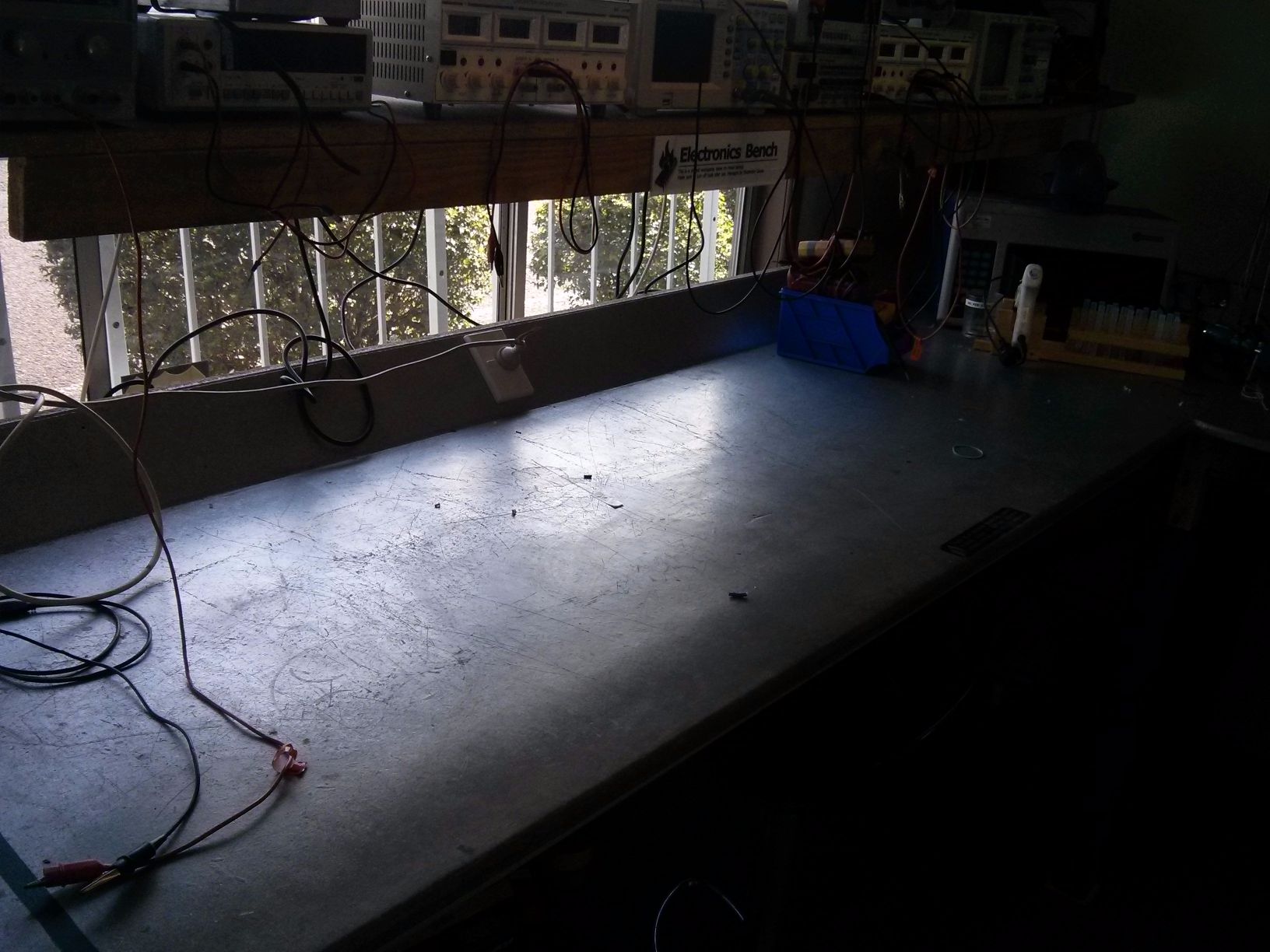 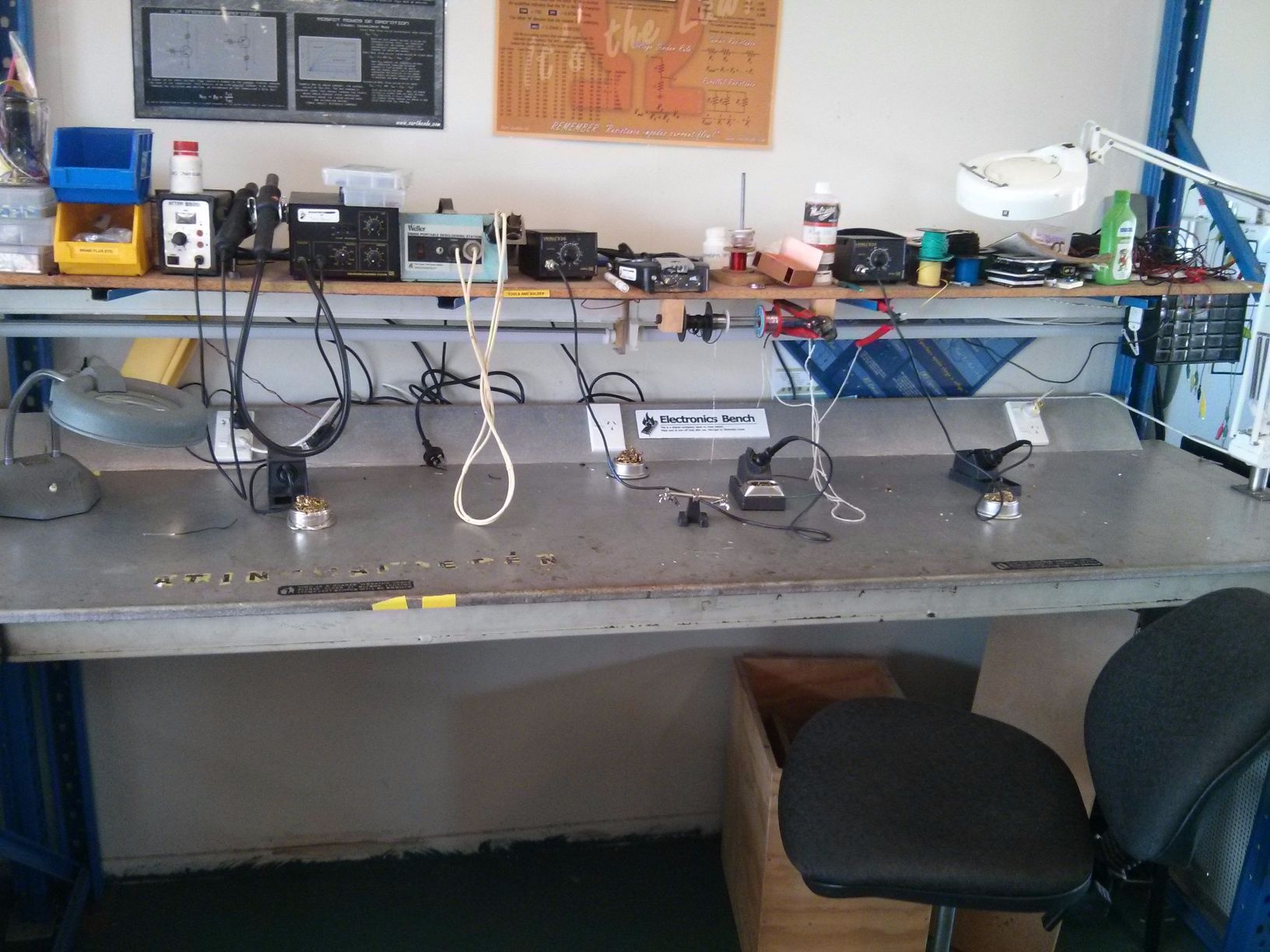 Thank you for your endurance

After my hiatus, I’ve finally returned to restore the bench to its former glory.
The benches are now clear, the equipment is back up on the shelf and everything is plugged in with a couple of power strips glued to the bench to boot. Black cable on the left side of the soldering bench connects to our lights, just flick them on at the plug to light up the bench like a christmas tree. Unfortunately we only have 1 soldering station besides the blue portable one, While I do have a spare handpiece, it is playing up and needs replacing.

Also, who the hell leaves a peach seed sitting on the bench next to their amp project? along with a disassembled multimeter and parts strewn about. Honestly, shared workspace man. Your project is in the doom shelf atm.

Something like this rigged to record when it detects motion?

fake ones work just as well

30min clean. Not too bad with projects on the bench, just cluttered. Still, I would appreciate it if after you have finished with the bench, you could return all your small handtools to the black toolchest, big handtools and screwdrivers to the collection next to the doomshelves and put the vices back in the corner to the right of the exposure chamber. Lablemakers can be charged to the right of the reflow oven with the dedicated powerboard. 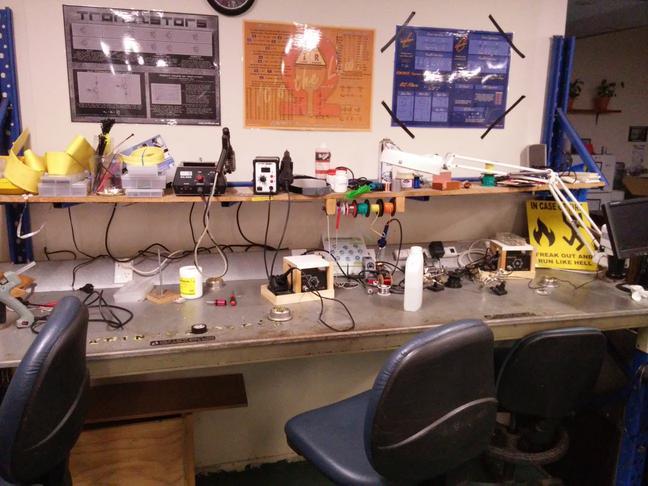 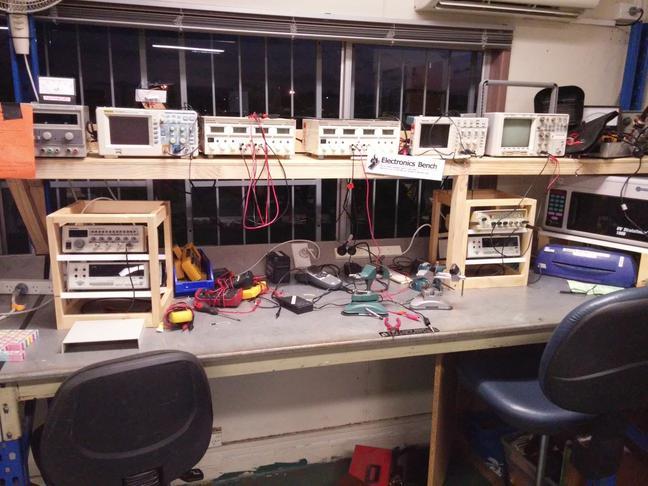 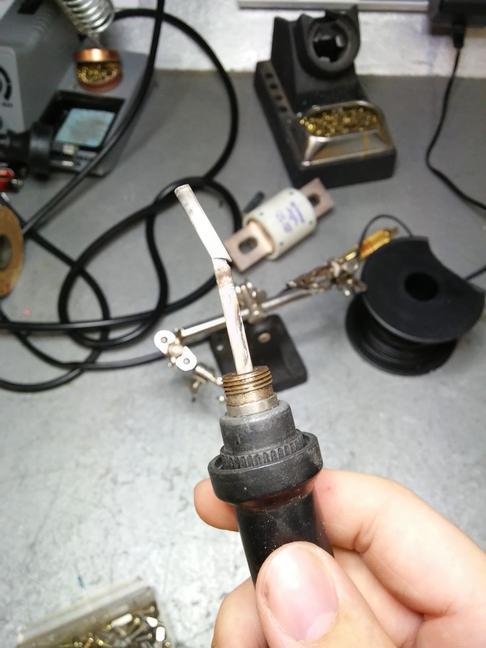 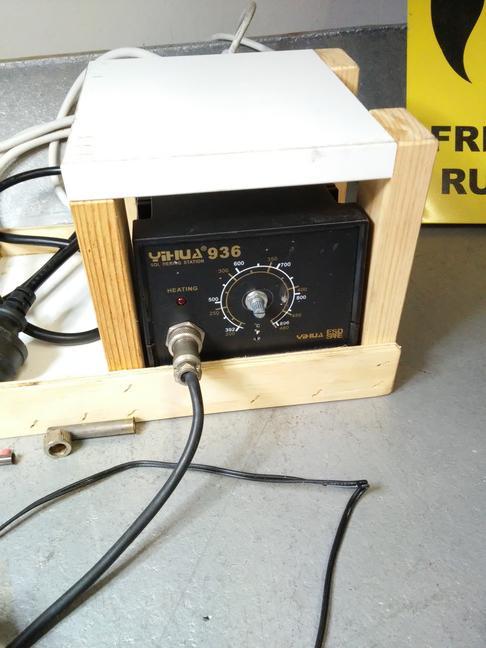 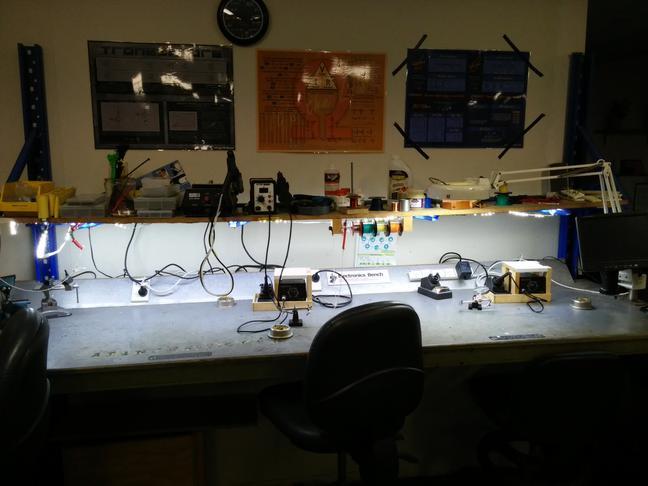 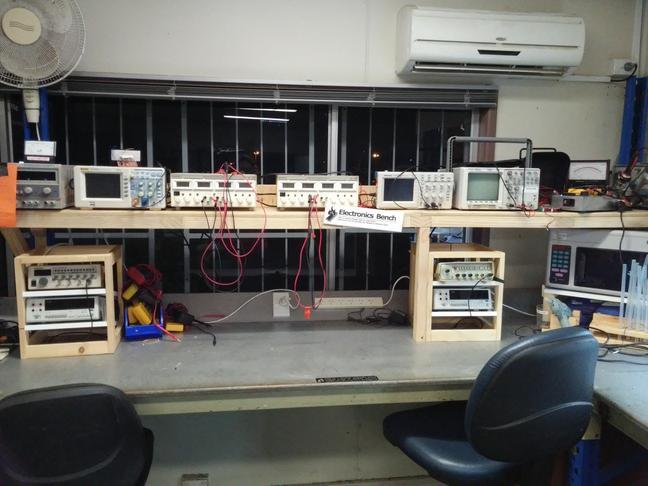 I plan to rearrange the bench and shelving setup such that you can easily sweep the entire thing off with a broom without removing any core infrastructure (soldering irons, et al).

The irons will be mounted to the underside of the shelves, along with any other required diagnostics tools. I’d also like to extend the other bench to cover to the wall corner where the phone is.