Countersunk Screws on the Laser Cutter

I spent a few hours on Tuesday testing and trying different options to see if I could do something a little different with our laser cutter. Thankfully I succeeded in getting enough data points to be useful, so that means I’ve got something to show off and a new reference guide piece for us to use!

The short version is that I was trying to see if I could etch through a specific exact distance of Acrylic. This kind of thing has many applications, but my primary goal was to be able to make some screws completely flush with the surface of the Acrylic. The screws I planned to use have flat necks so technically this makes them counterbored rather than countersunk, but you could adapt this to make an angled etch by using a gradient and 3D etching. 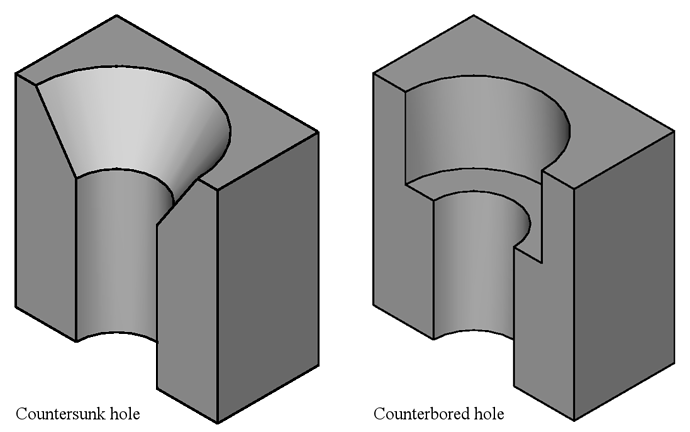 Countersunk_and_counterbored_holes_cross-section1097×687 31.6 KB
(Wikipedia’s image on countersunk and counterbored holes for screws - I was trying to make the style on the right)

To do this, I etched away 1cm² squares at different power & speed settings into 2mm opaque white acrylic with the paper still on. Common settings were using Engrage 3d (solid) as the profile, 400dpi as the resolution, black fill colour shapes with no stroke. Paper was left on for numbers 1-5, then removed for number 6 as a comparison. The coolant temperature was 21’C and the air assist was set to 20psi. 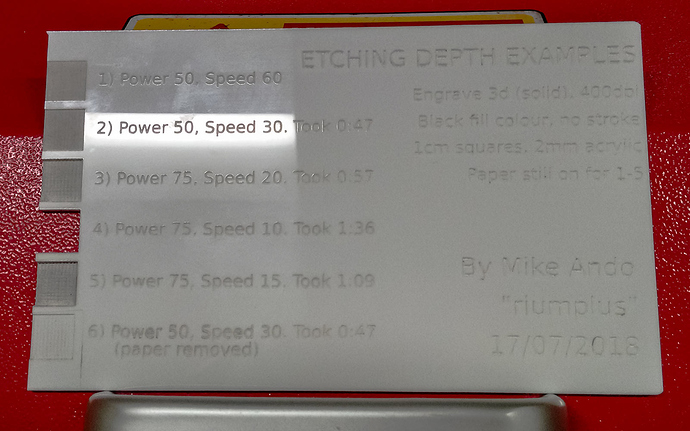 It’s a bit hard to read, so here’s the main text:

A couple of notes: 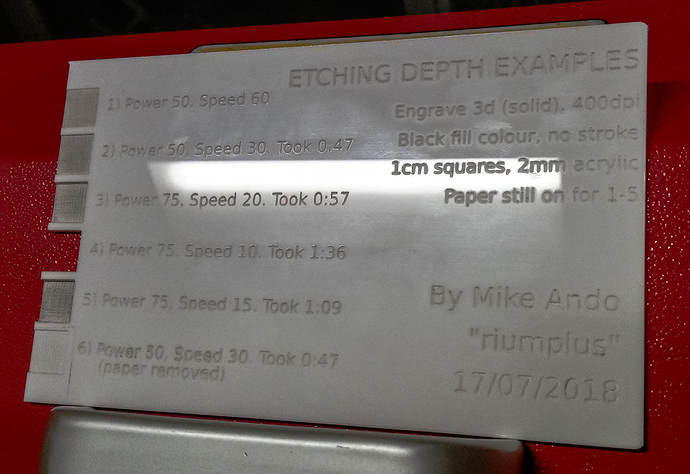 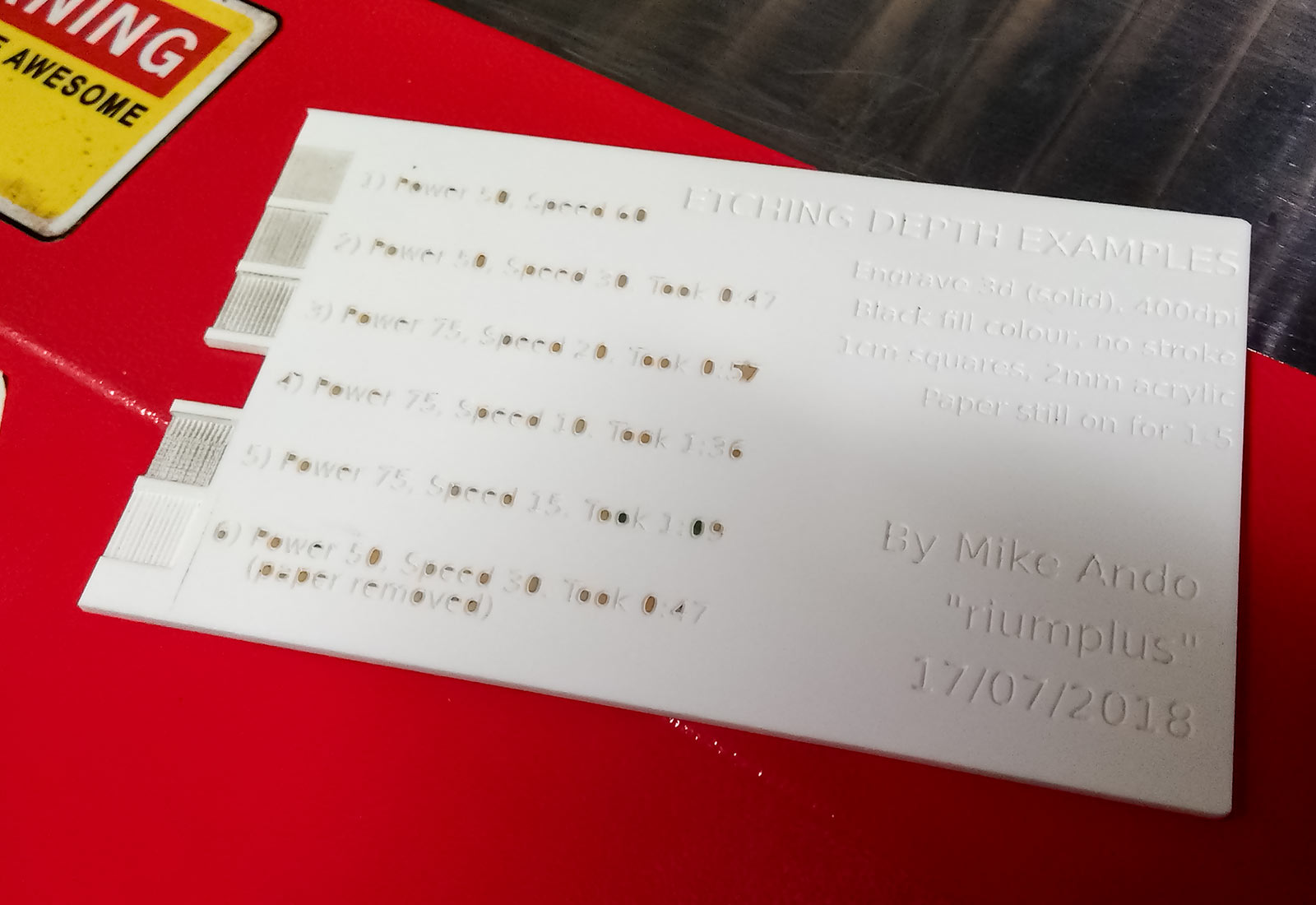 Now that I’ve got enough data points to work with, next week I can get started on the actual project that requires this knowledge! 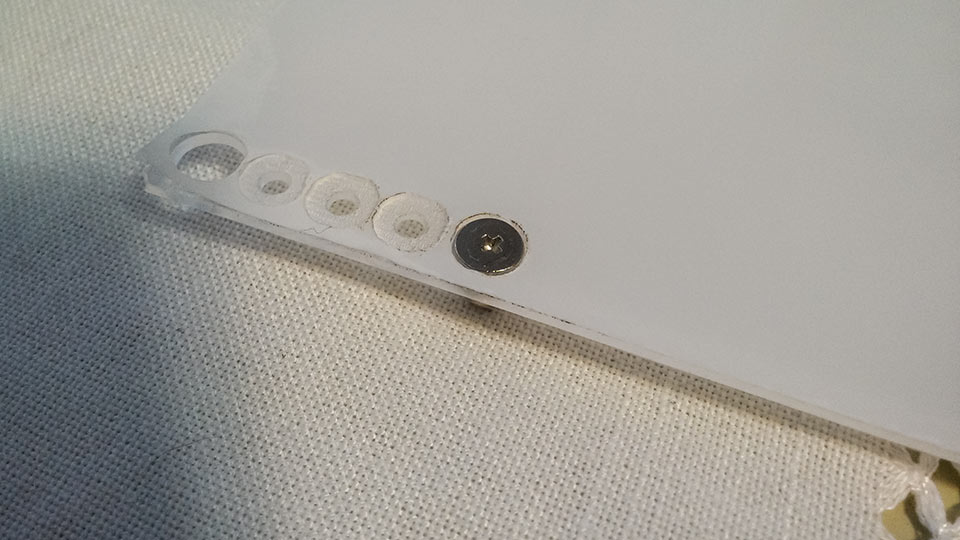 Because I forgot to link it it in my first post, here’s the file I made while doing this test. To use it you need to send just the individual elements (not the whole thing) to Visicut, configure the settings for that test and then cut that test square one at a time. You can use a stick of anything and your thumbnail to get a very rough measurement of the depth of the holes as you go. After all cuts have been done, slice the squares open with the blue rectangle, clean it thoroughly and pull out your super-accurate callipers to measure the cut depths to confirm them. It’s best if you measure the squares across their diagonals to average out the ridged pattern in your measurements.

Somewhat coincidentally I just used this technique myself to counterbore some screw holes. I ended up running the engrave step three times to get the depth I wanted rather than kicking up the power. 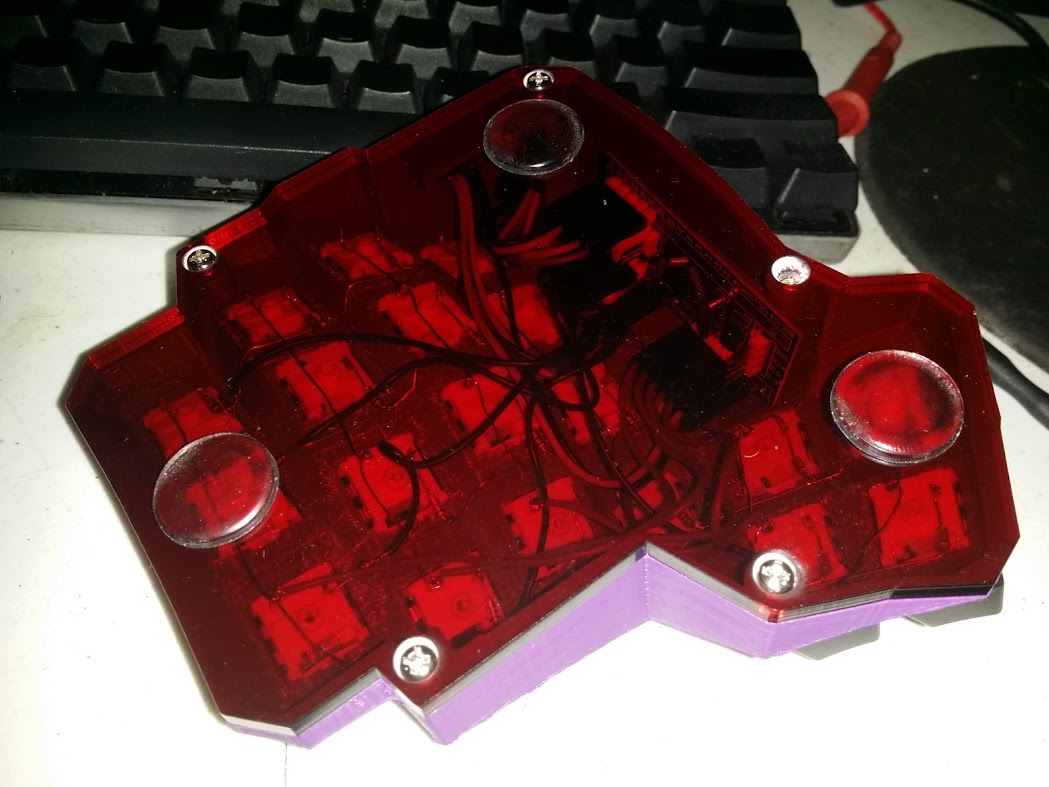