Seeing as I’ve been building a bunch of stuff for various areas, I figured that it was time to make a move on doing something for the Creatorium area, so after consulting with Timeka, I embarked on making a desk specifically build to sit the converted mini-cnc router on.

I started off by running a few pallet boards through the thicknesser to flatten them out a little, as well as provide a far more consistent thickness than they were originally. 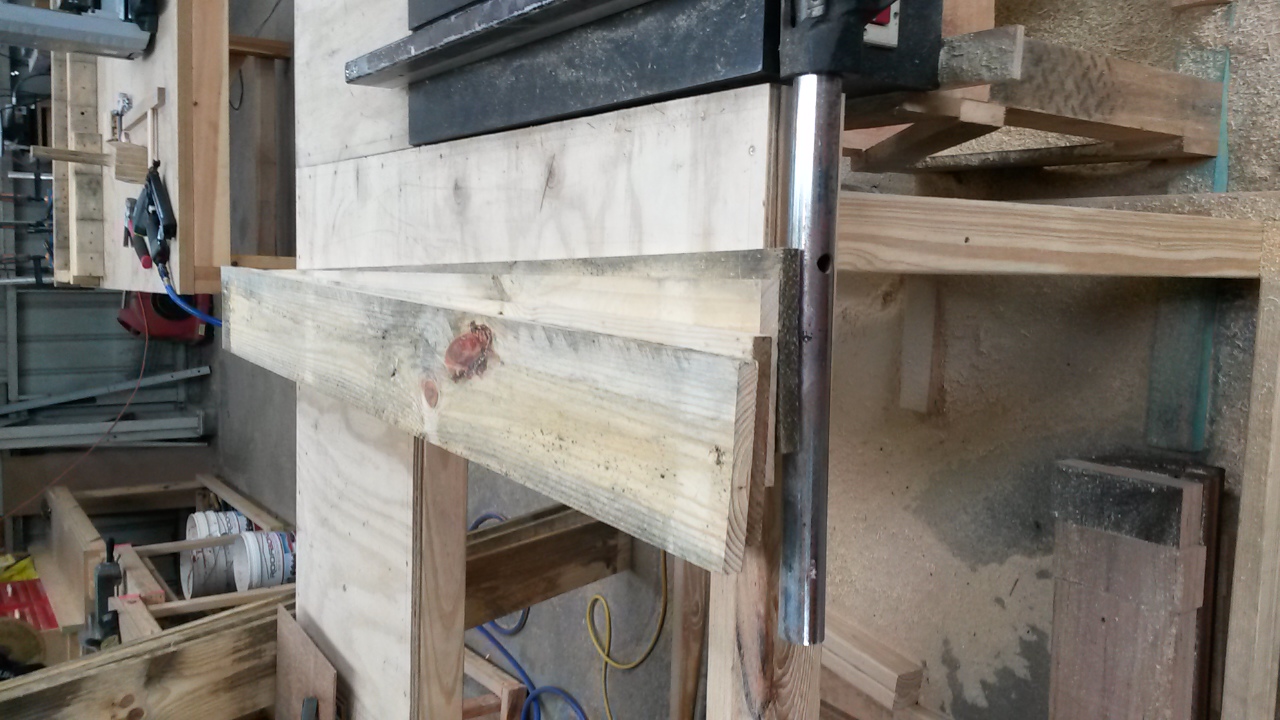 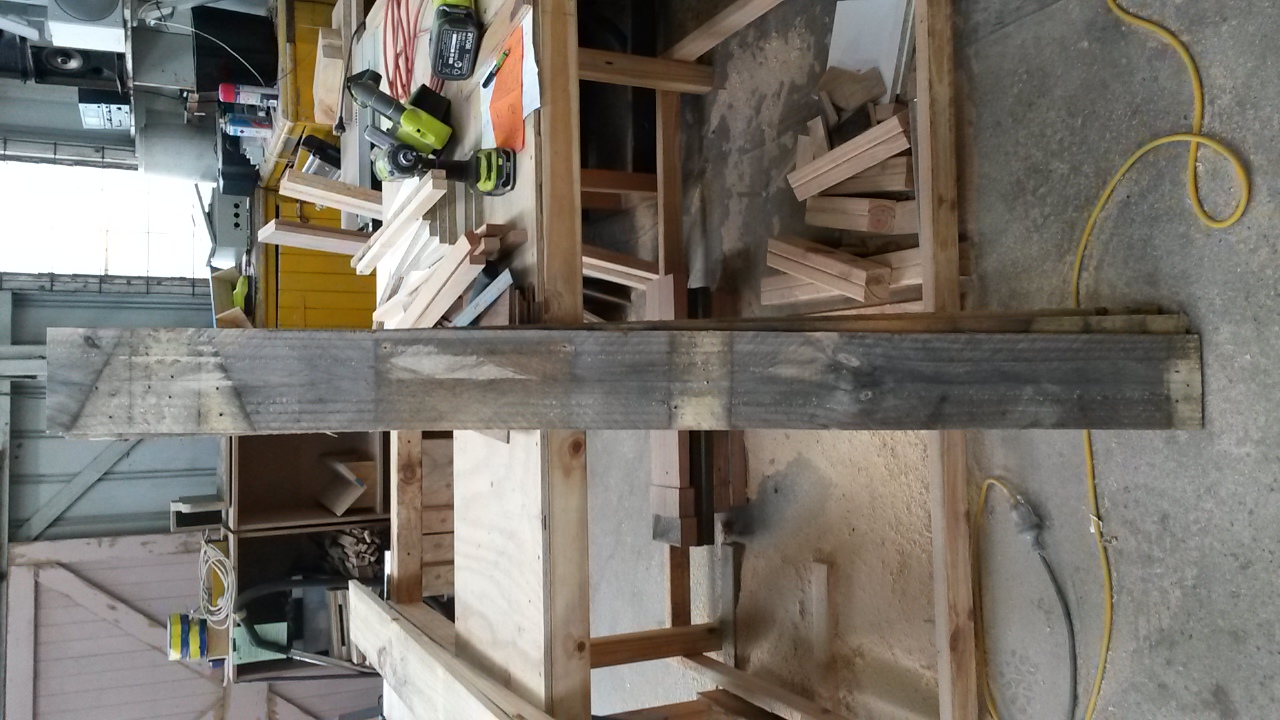 Actual construction began with the frame for the top. Again made out of reclaimed wood. 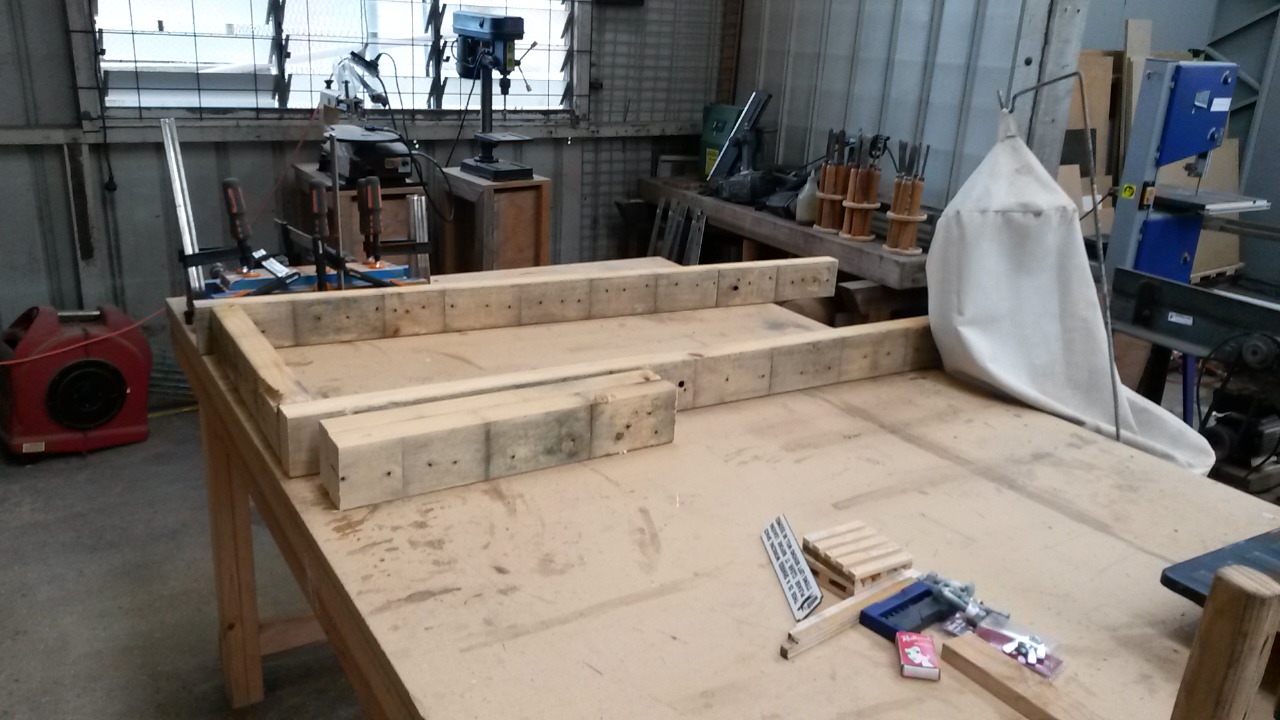 The boards were cut down to width using the tablesaw to get the correct total width needed. 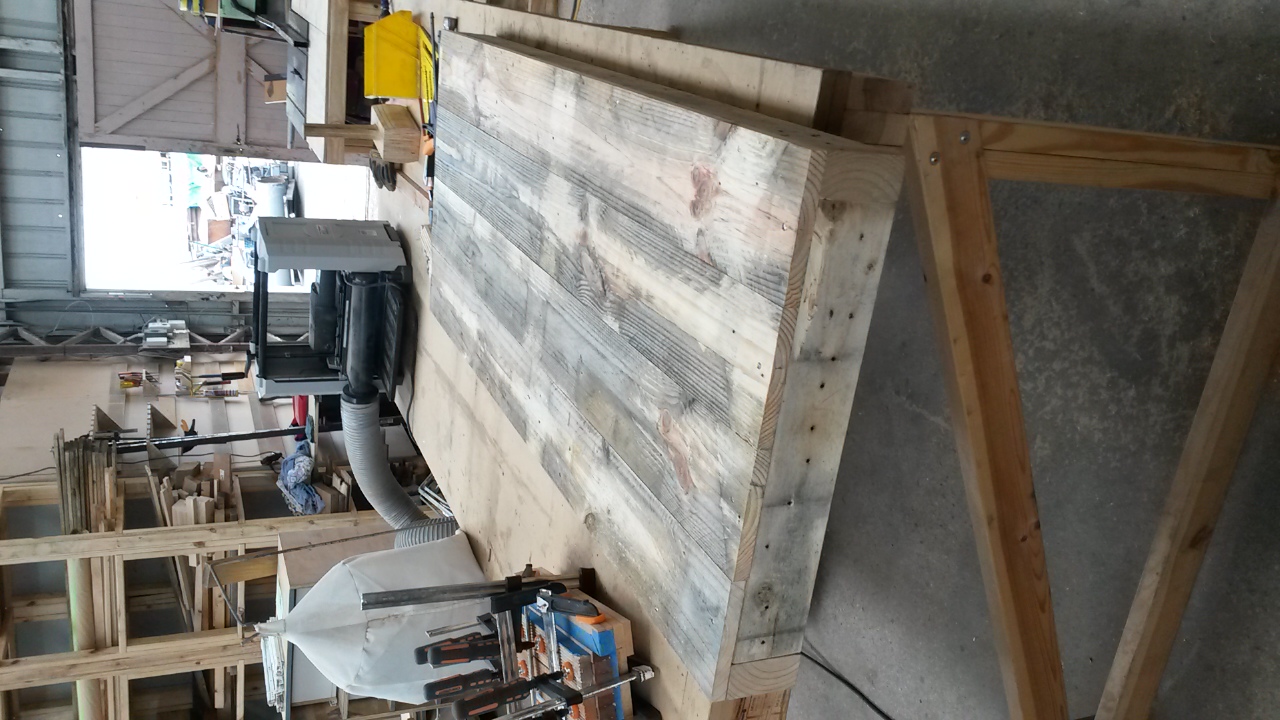 The top got flipped upside down for leg fitting, as well as sizing for the drawer support. 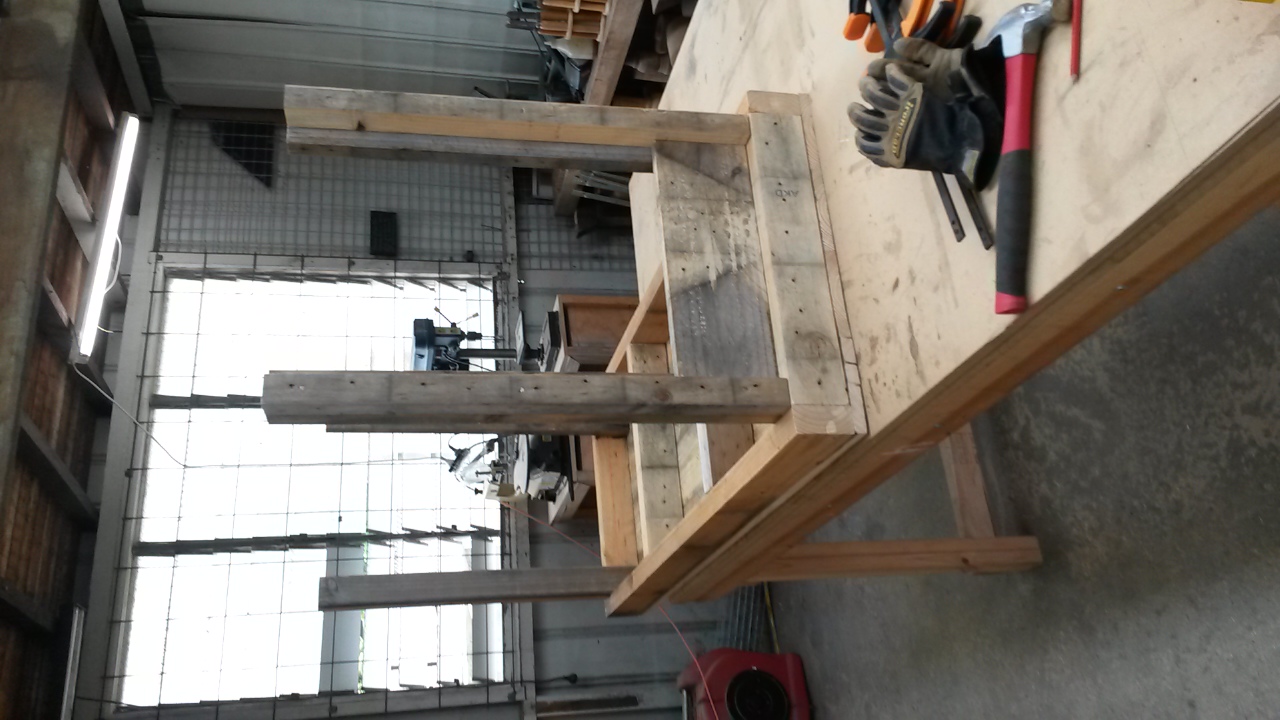 Once the legs were on I set it upright on the legs, and then built the drawers. 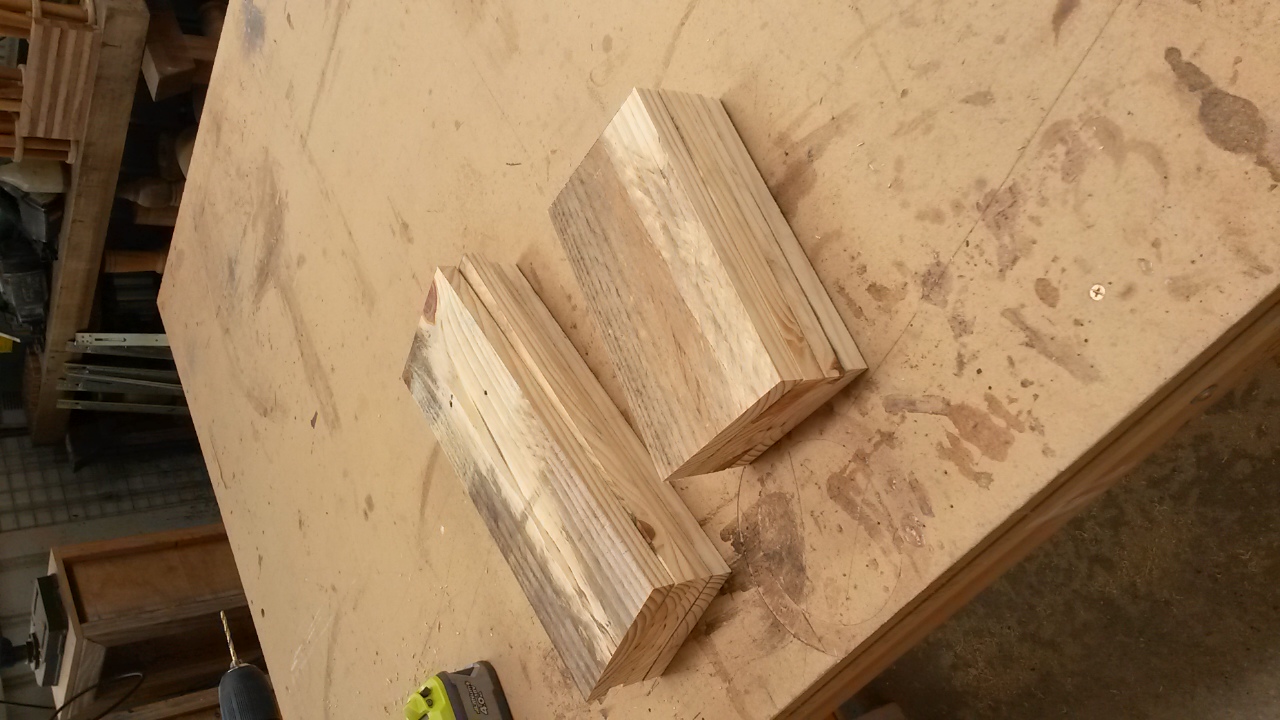 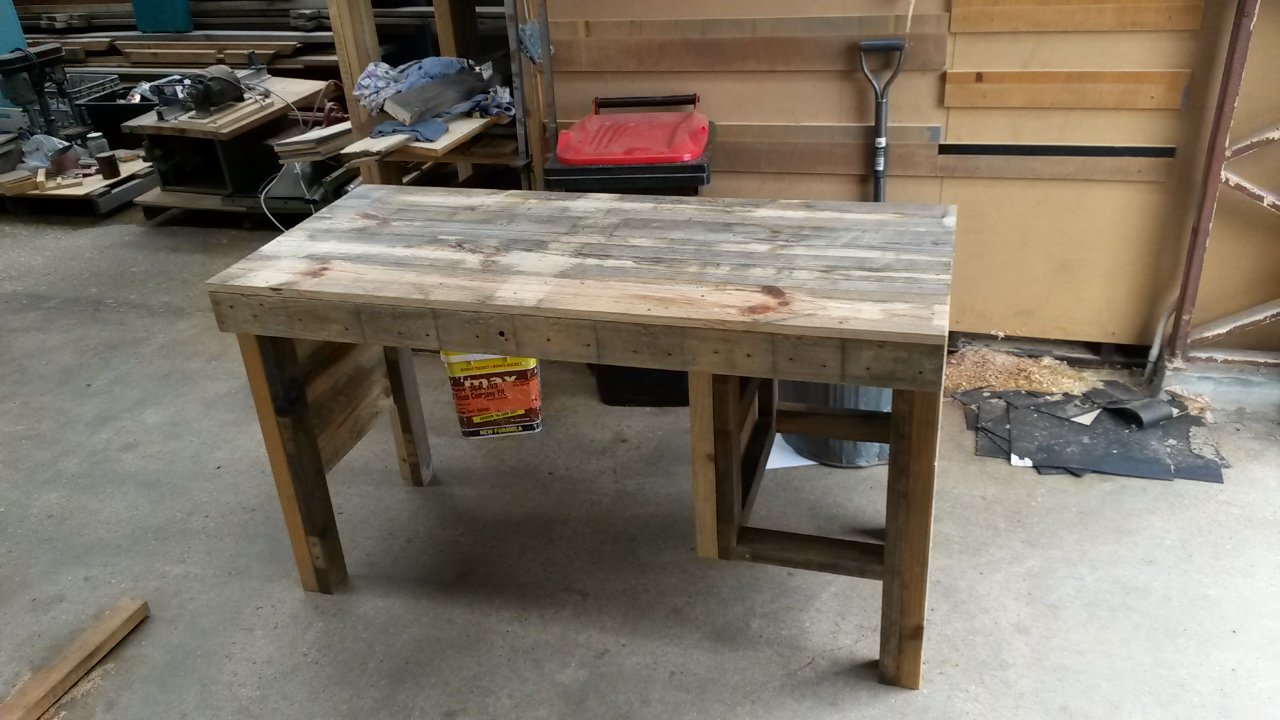 A bit of hokery pokery, and the drawers were installed, then I dragged the thang inside and stuck it in it’s final location.
P.s. The bottom drawer isn’t lopsided, it’s a cunning visual effect caused by the curved timber… 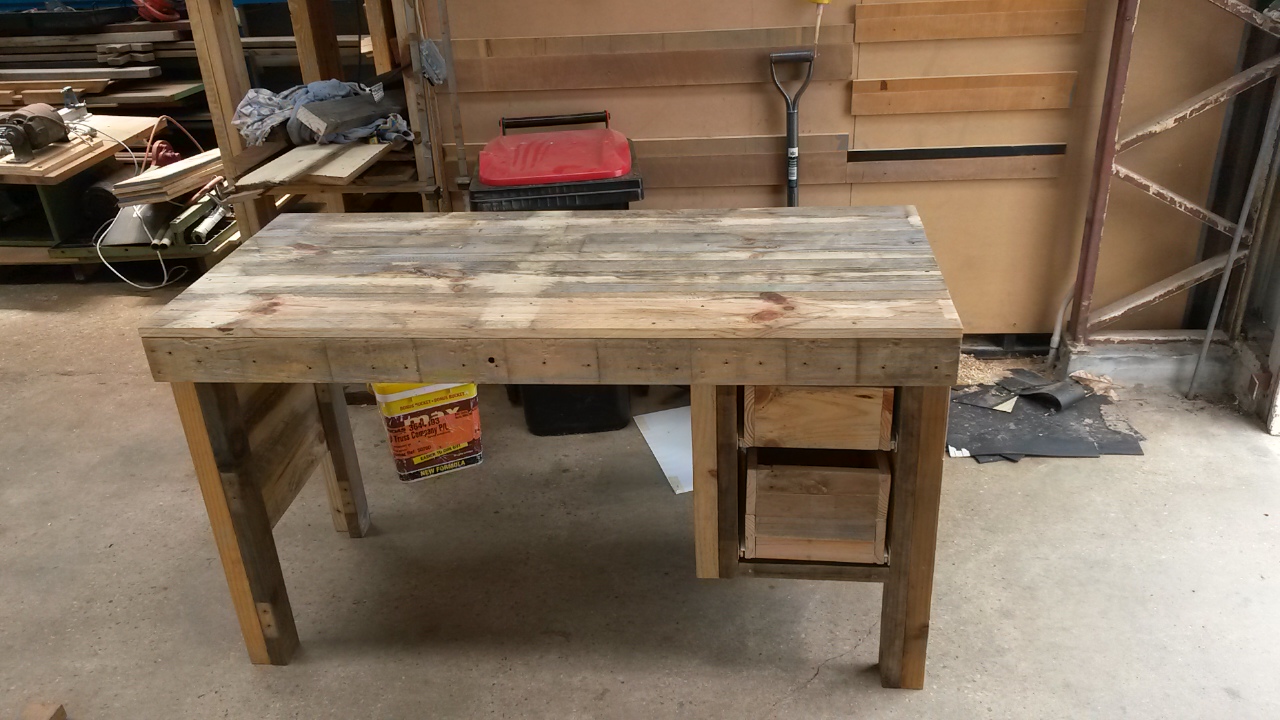 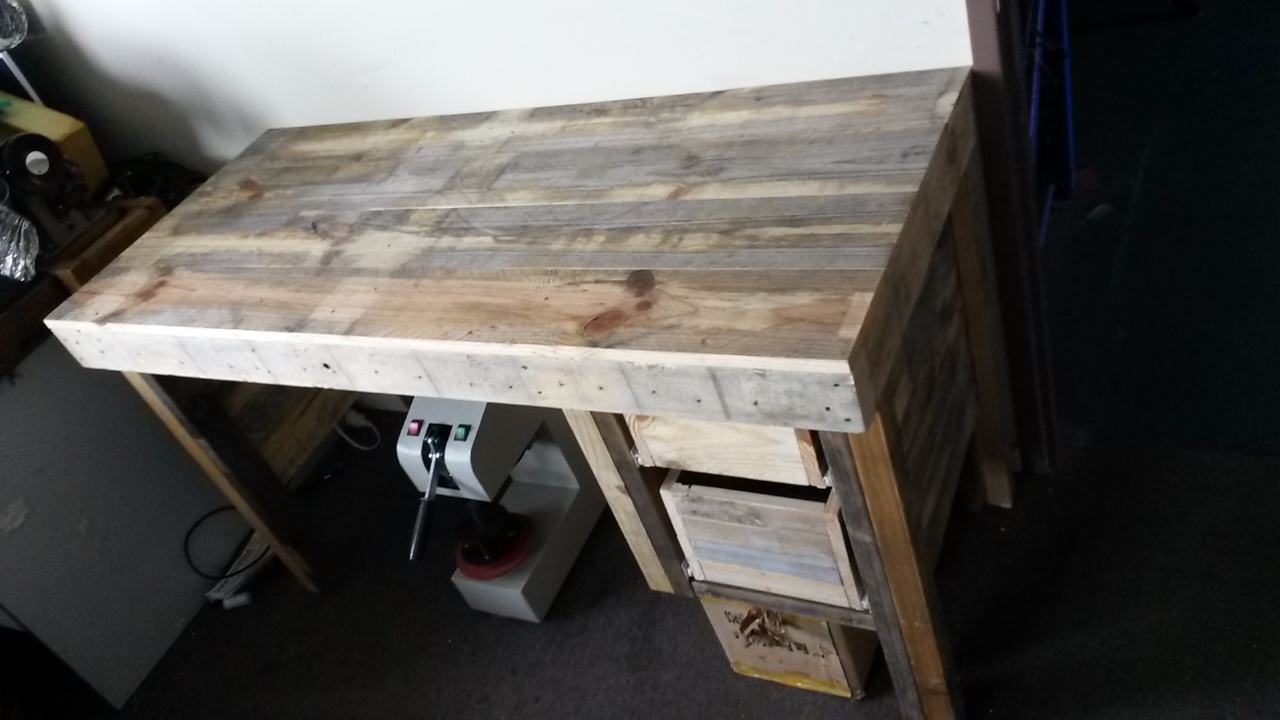