I’ve been eyeing up the dEEbugger (https://github.com/S-March/dEEbugger_PUBLIC) and was wondering if anyone would be interested in participating in a bulk buy of the parts required to build it?

It’s a rather basic wireless oscilloscope (and a few other things) built on an esp8266, designed to fit on a keychain. The github page goes through its features a bit better than I can. 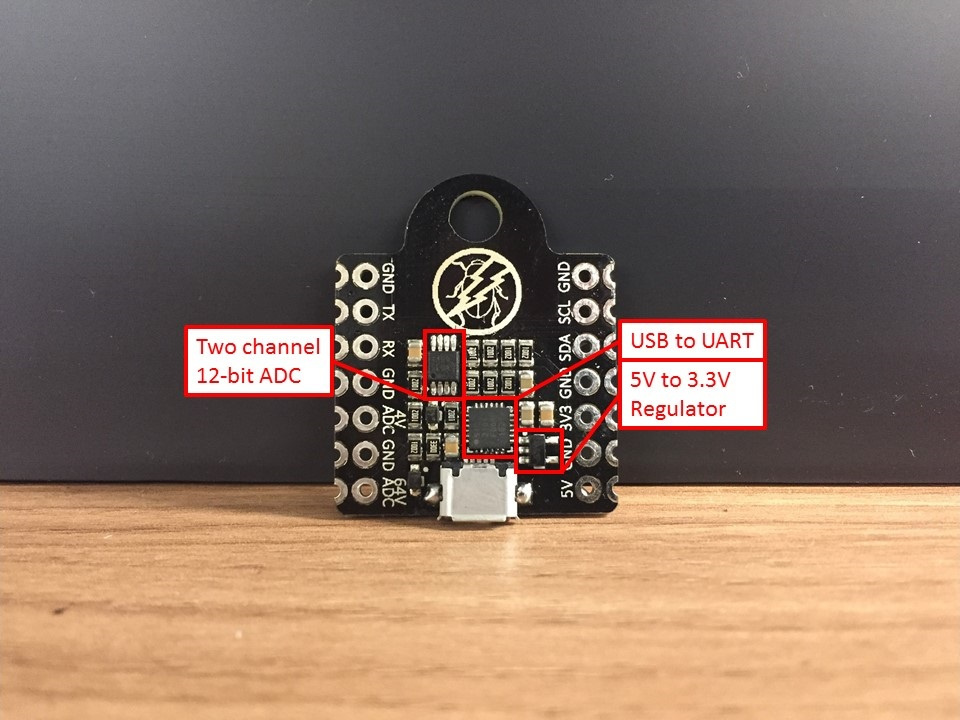 I’ve put together a tentative BOM at
https://docs.google.com/spreadsheets/d/1uyl7XNiaZDCQPcm9Pe5wQ6notiCfo4JXES09R6LRctw/edit?usp=sharing with the average price, worst case scenario for 1 is $12.47 (before shipping) but it will scale quite well for every 5 we get. I’ll update the costs for every 5 I get interest in.

I’m looking for people to express their interest in these in the thread and how many they’d like, once all the parts arrive I can either give you the parts in a baggie or we can grab some solder paste and have a reflow-party at the space.

This looks great! Also good opportunity to learn about reflowing. Can put me down for 5. These’d make nice gifts!

Also I put some paste in the fridge the other night… (yellow container, fridge door)
Though this stuff is un-leaded so a bit harder to rework.

I’m gauging interest on whether or not to buy another 10-15 of these for a series of 2-3 reflow (oven and hot air) soldering workshops. Will update price accordingly once I know how many will sell.

So I take it this can be used on your phone? Without internet access?
and the res will be 12bit?

I shot my load to quick, these would be super handy, just want to clear up some of the specs.

I have a portable scope which is great, wireless would be tops, but when I need it there prob wont be internet.

I’m the creator of the dEEbugger, stumbled on this thread while looking at traffic to the repo. I am really excited that you all liked the project! I figured I’d drop in to answer any questions you all may have.

To answer your questions @jace, this can be used on your phone/laptop/tablet/anything that has an internet browser. The res of the ADC is 12bit, one channel is set up to be a 64V channel, the other set to 4V channel.

As for the internet portion, the device supports two WiFi modes. It normally boots in AP mode which means it will create its own network, named “dEEbugger”, that you will be able to connect to. From there you navigate to the IP address 192.168.4.1 and you will be up and running. If you do, however, want to connect the dEEbugger to your own network, jumper the the SDA pin to ground. It will then boot up with a provisioning web page that will allow you to enter in your network info. Once connected to your network you can either go to dEEbugger.local if your device supports mDNS (sadly android doesn’t) or you can go to the IP assigned to it.

I hope that answers some of your questions!

Awesome thanks for showing up

Wanting it to use for control system commissioning, ie, sit at my computer, drive a point on/off or 0-10v and make sure the signal is coming through.

Does it have the possibility of a analog out, or digi out?

@jace - If you looked at the schematic or even the picture in the above posts (no need to even click away from this page) you would see the device has an ADC but no DAC and the labels on the PCB show that the digital outs seem dedicated to I2C.

So you COULD extend it yourself for analog or digital I/O (using I2C) but it does not come as standard.

Fuck me for asking a technical question… Thanks for answering

I dont know the ins and outs of the chip in question.

@jace as @andrew1973 mentioned, there are 2 pins dedicated to the I2C lines that could** be used for an output.

The other option is to use an off board IO expander like this one. You could just tie the SCL and SDA lines to the ones on the dEEbugger and write some code to trigger some of those pins when you need it!

I hope that helps.

3 posts were split to a new topic: OHS at HSBNE

Hey I’ve got a bunch of ADS1216 24 bit adc boards with msp430 and zigbee wireless. Could wire on a USB to serial port and da da. . It has two channels for measuring a thermocouple and mV input.

Maybe about 8 of them…

Sounds excellent, probably just not what Im looking for, thanks for clearing it up

Put me down for 1