I received a bunch of positive feedback from my thread about repairing my DeLorean’s shorted electrical compartment, particularly quite a few people who were curious about the work I put into my DeLorean given it’s such a rare and odd car. So I’m going to try posting details of all my constant fix-it jobs/upgrades here. Let’s see how this goes! 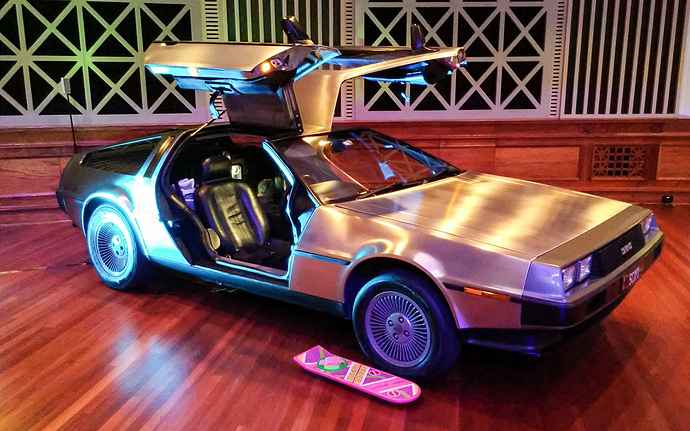 (My DeLorean in all its glory inside City Hall)

Continuing on from the old thread, the whole reason I was fiddling in the electrical compartment in the first place was to work out why my cooling fans weren’t turning on. Once the car was running again, I vowed to make sure I would never have the same problem again. In its original condition the car had an indicator light on the dash that lit up when the cooling fans weren’t working, however the way this circuit worked was SO fraught with problems that the circuit itself tended to die and cause the fans to fail. The standard workaround for the last 30+ years was to just jumper past the circuit. Yes this was something people were bypassing even when the car was brand new, it was so problematic. When I went through my electrical compartment I noticed my bypass wire had turned brown from excess heat and needed replacing, so I decided it was time to fix this in a way that enabled my cooling fan fail warning light again 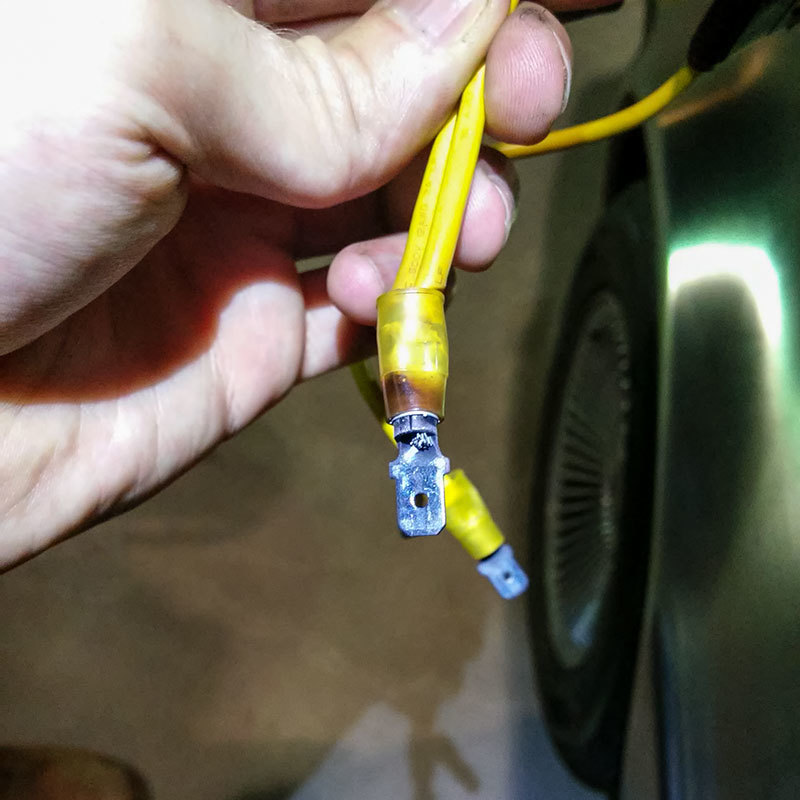 (The jumper bypass wire - mine was browned and needed replacing anyway)

There’s a few options here - particularly either replace it with another new jumper wire and forget about the light, or go back to the original configuration that’s fraught with troubles. Thankfully one of the people in the DeLorean community, Dave McKeen aka Bitsyncmaster, offers a much better solution for sale. His solution is a dual-pcb solid-state replacement with fuses on top. This replacement gives dual wiring with individual fuses per fan to try and keep at least one fan operating if the other fails. If one fails, the cooling fan fail light on the dash doesn’t just turn on - it flashes, to try and grab your attention. What’s more, it also offers current sensing capabilities so if the current between the two fans fall outside a certain tolerance (user-configurable but by default 20%), indicating that one of your fans either has a still-there-but-poor connection or is on its way out, the cooling fan light will flash too. The flashing pattern is different depending on the error code so by just looking at the warning light you can quickly work out not only that something’s wrong with your cooling fans, but which one has the fault, and how it’s failed. And for some icing on the cake, the whole component is encased in watertight, airtight resin so it won’t corrode in the electronics compartment. Pretty swanky! I opted for the version with physical fuses instead of resettable electronic fuses because, while I don’t doubt his engineering skills, the physical fuse version has a lot more use by other DeLorean owners. 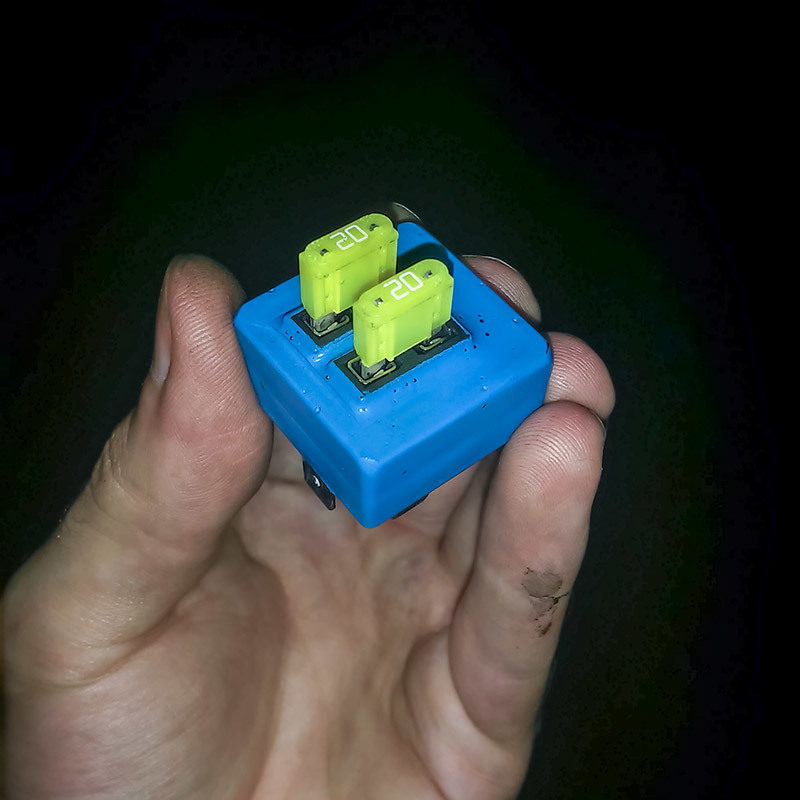 (The new fan fail relay. Apologies for the dirty hand; I still had liquid electrical tape on me from repairing wires)

I installed it and tested different failure modes by removing the fuses to simulate failed fans. It worked perfectly. Huzzah!

Now for the next area in the cooling fan circuit that I thought could do with some love - the main enabling relay! This is just a standard automotive relay that is used to turn the fans on or off, but it can still be improved. The cooling fans turn on under two circumstances - the first is when the coolant temperature reaches a certain point, and as you can imagine, this can result in a little bit of fan cycling when things are right at the cutoff limit for the thermal switch, which is a large load to switch on and off and causes lots of spikes & sags in the car. The second option is when you turn on the air-conditioning of the car - at which point the air-conditioner’s compressor kicks on (a sudden huge momentary load), the engine’s RPMs momentarily drop from the extra resistance of the compressor (the alternator temporarily generates less current), and the cooling fans both turn on (another huge sag of voltage plus some of the largest constant loads in the whole car).

DM-eng offers a replacement Solid State Fan Relay as a drop-in replacement in the relay socket. Basically this is a solid state relay (which means is uses less power), that delays turning on the fans by one second after the enabling signal is received (to allow the compressor clutch and RPM drop to settle), and guarantees the fans will run for a minimum of 20 seconds (to help eliminate constant on/off cycling). Again it’s encased in watertight, airtight resin for longevity and you can see an example of its construction on his website. 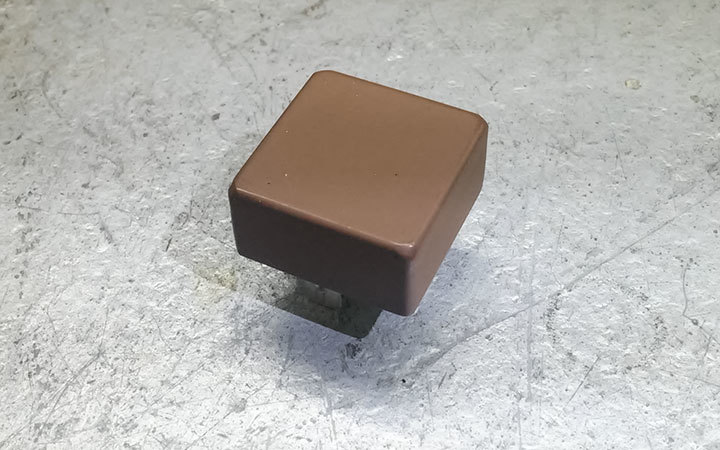 Fitting this upgrade was as simple as a relay swap. Its operation was tested, both to check its delay functions and its impact on the car’s electrical systems with an oscilloscope. The delays worked and there was a marked improvement in voltage smoothness when the AC was enabled/disabled. I’ll call this one a win!

Now that my cooling fans seem to be working perfectly, it’s time for me to move on to other electrical areas…

I always enjoy your updates!