Nog3 has donated a delta 3d printer to the 'space. He’s been good enough to let me have a run at getting it up and running. I’ve not dealt with a delta-style printer before but have some experience modding cartesian-style printers. 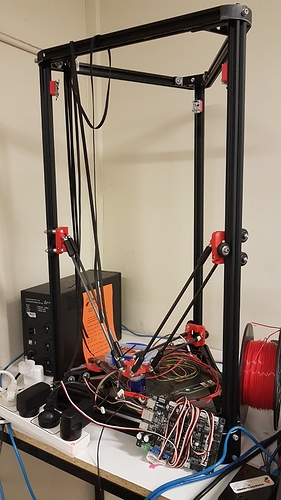 Control board is Smoothie clone ‘MKS SBASE’ like this one 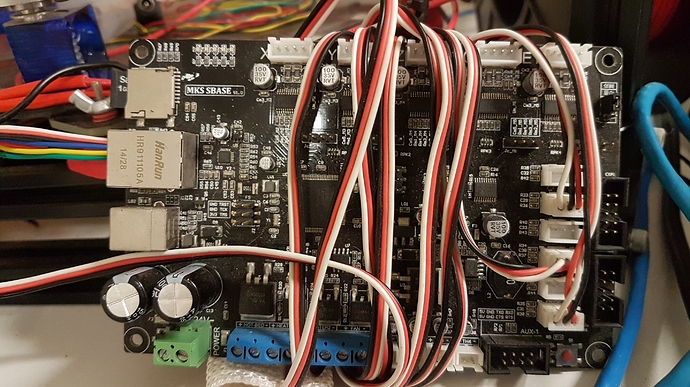 The board presents itself as a serial port and a card reader to Windows (10, in my case) without issue. 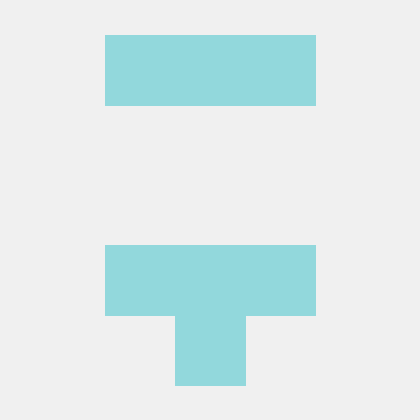 Moved the above to /18062015_originals and copied the latest versions to the uSD card.

Power cycled card and … nothing.
Removed the backup directory - nothing.
Plugged it into a USB PSU in case windows was auto-mounting the f/w and upsetting the update process. Nothing.
Opened a serial port (115200 8n1). Responding to gcode commands. Interestingly, M20 (list SD files) returns ‘Could not open directory /sd’.

Plugged in the MSK TFT28 V1.2 touch-screen interface. Gave it 12v and… Nothing. Looked on the back, and there is a jumper for 5/12v operation. Jumpered to 12v and all good.
My Chinese isn’t what it should be, but the icons are pretty self-explanatory… 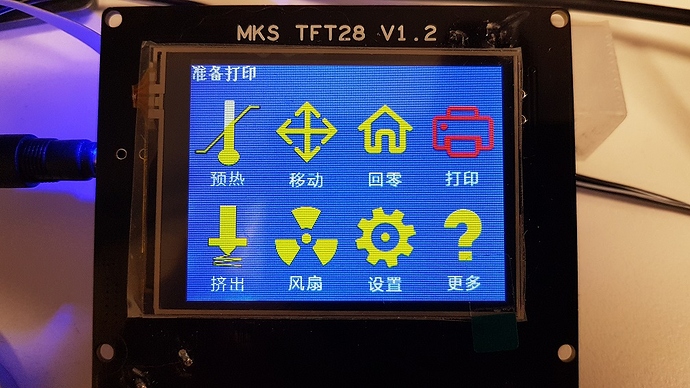 Replaced firmware.bin with the original FIRMWARE.UR and renamed.
Powercycled. Nope.

SUCCESS! The five LEDs on the board to a bit of a larson scanner on power up and the SD card, when mounted, shows ‘firmware.cur’.