If you’ve been watching the clickspring videos (and if you haven’t, are you nuts? go watch!), you’ll notice an interesting machine he has pop up repeatedly.

It’s called a Die Filer and they’re somewhat uncommon, but he talks about his on his forum here: 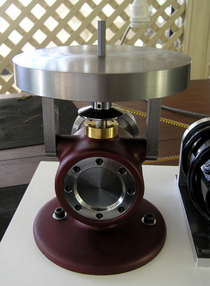 A die filer is one of those tools that you see pop up from time to time in magazines or construction manuals. The owners of these machines always speak very highly of them, yet commercial manufacture...

Which he purchased and built from here:

I’m kind of curious as to what the general interest around the space is for such a tool. It’s a pretty neat bit of kit but its very diy, you have to make the file pieces yourself etc.

So, I had no idea what a “die filer” was till I looked at the links… it’s essentially a bench-mounted oscillating file, as far as I can tell. It’s very pretty too… but…

If I had a bunch of stuff that needed filing ( and the angle grinder coudn’t get to it due to shape/size), I’d probably look at one of these options:

All of the above tools have the benefit that they can do more than just “filing”, and dremels and electric files are both reletively new inventions, so I suspect they are the reason that all comercial die-filers have stoped production “a long time ago”.

oooohhh thanks for the links buzz, I found that quite interesting, especially the scrollsaw blades.

I think the main attraction of a die grinder (and I’m not advocating we get one, I’m just talking about a cool tool) is that its quite rigid and the file is at right angles to the work surface. For the applications in the click spring videos these are somewhat crucial aspects.

Also, its for fine work that you wouldn’t go near with an angle grinder, haha. I know you love that thing buzz but its not for every job

That is indeed a cool tool you’ve found there @devians, and it’s very nicely made too.