Does HSBNE want this stuff

I have a few full unused spools of hook up wire, some heat shrink and some solder that is excess I will drop into the space next time I am in the area.

Also I have some old photographic stuff (enlarger and colour drum) that the chem/photo people might want.

Finally a few boxes (I think) of old small motors and transformers.

I don’t just want to dump it at run if you guys are just going to throw it in the skip. I may as well do that myself.

Could you get some photos?

All of that stuff sounds like items we can use at HSBNE, I’m going to be there next Tuesday and can personally take charge of photographing the items finding a home for anything that for some reason people don’t want to deal with. Consumables like solder, heat shrink and hook up wire are the sort of thing that really keep the place going. But I don’t really think it’ll be a problem, but I haven’t really delt with the photo development side of things or have a good grasp for what gear we have for it, so I’ll try reach out to those guys and see what the go is.

Thanks for the donation dude, without people like you we wouldn’t have the awesome space we have today. 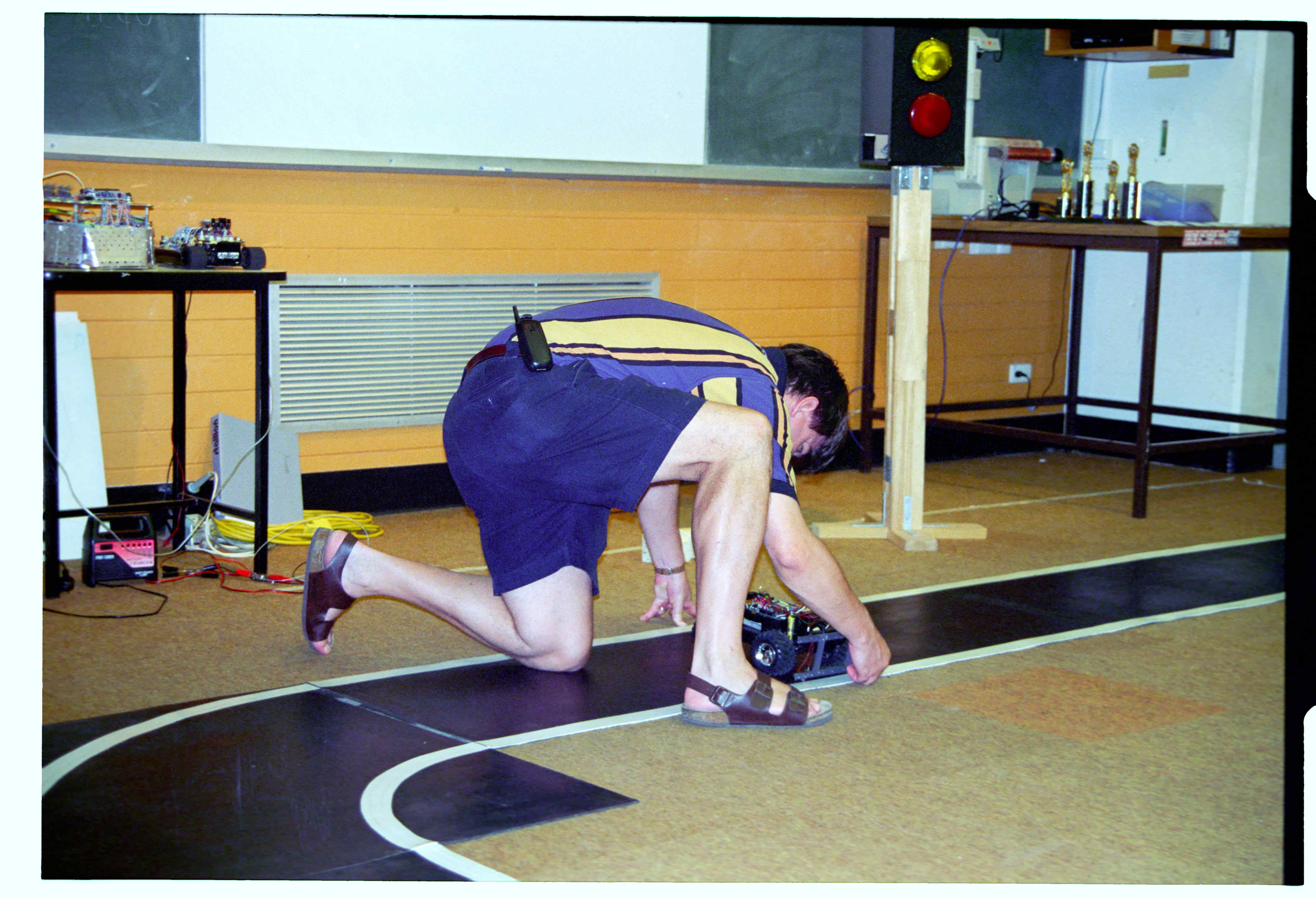 This is the robot stock car track from many years ago as it was being used. It is currently rolled up in my garage.

The starter lights are in the background. It is a red/yellow/green parXX spotlights run from a little box that has some triacs and am MCU in it. You press a button and the MCU counts down the lights and then sends out an IR remote control signal (RC5 something PLAY). This was the standard thing world wide for the robot stock car races back then.

Its probably a good things for small children to do with an arduini these days. 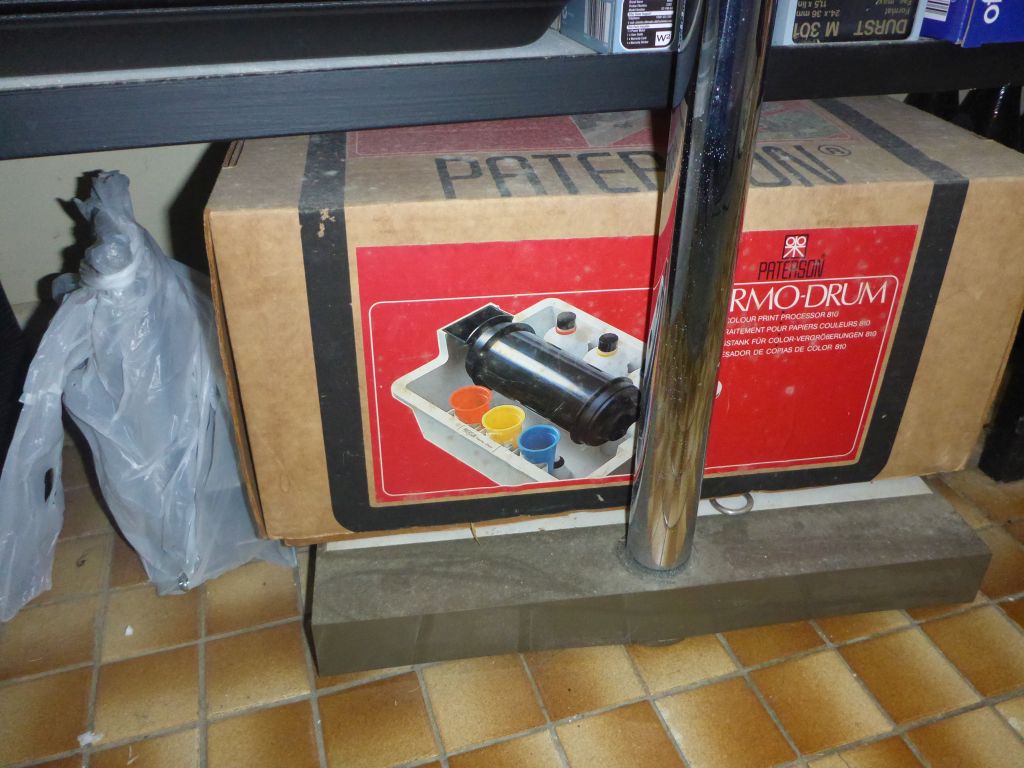 The colour photo drum and the bottom of the enlarger.

I also have one of these to give the space

As soon as I build a vacuum frame for my new exposure unit. Now I am gainfully unemployed I should get onto that