Donation tins around the space

Best idea ever! For $15 bucks it’ll improve the solder station considerably. However I’d like to motion that we add a honesty tin that basically says “I’ve your using a lot of consumables at this station stick a gold coin here” so we’ll get the money back, as it is a consumable not a tool in the long run.

Thats a good idea. You should build a pile of donation tins for various things around the hackerspace

I’ll try to 3d print some cool looking ones eventually, for now I’ll wash out some cans and put labels on them next Tuesday, will be good to see HSBNE “self funding” somewhat via honesty systems Currently I’m thinking one for each printer (3d and reg paper) one for the solder station area and one near any consumables in the machine shop (will talk to bear as he will collect these latter ones for his cause). Later I hope to add one for the chem lab, but this is only helpful once its a lab not a construction site, but I’m going to print one anyway, you know, just to be hopeful =p

If anyone is willing to help make cool looking tins that are hard to “borrow” money from but still easy to use that’s great, otherwise if you have any Ideas on other places that should have a collection tin either contact me here or find me on a Tuesday.

There was an idea of putting some tins on the front of the drinks vending machine to ‘vote’ for what decal to put on it. tin per idea, tin with most money wins.

You could always replicate the bbq tin, its just some pvc, pretty easy to make.

Isnt this what membership fees are for?
Are we transitioning to a micro-transaction Hackerspace now?

Though, non-financial members who use consumables will be kicking in for them with this system.

No, just adding a voluntary way of off-setting your consumables and maintenance costs for something if you know you’re a big user.

That way the average member isn’t paying a equal rate for consumables they don’t use as somebody that knows they are an intensive user.

For instance I’d have dropped a few dollars in the solder station tin when I did the chem lab door release system, because that was build out of 100% space parts. On the other hand the average person soldering one led in place should not be expected to use this system, that’s fine to be a membership cost.

If we’re 3D printing, we could technically make them with no way to open them… When it comes time to get the money out we grab a hammer, melt down the old pieces into new filament in the filastruder & print a new one. Cool idea, but a few more steps of complexity.

Our membership fees don’t go too far right now & I’m a fan of everything we can do to raise more funds for the space, even voluntary ones. If someone wants to give us extra money we should totally be ready to accept that & even encourage it. Even if it doesn’t completely cover the cost of consumables but just offsets part of the expense, $10 in a donation tin is $10 more for the space. Not saying I expect others to do the same, but if the tins were there I’d gladly chuck a dollar in the appropriate tin every time I use consumables or even just when I use an area, as a thank-you tip to help maintain & improve the area.

Other places I can think of that should have a tin - the paper printers, the woodworking room, electronics supply wall, tool chest… Anywhere we think people might be inclined to give us money, really.

Yes, I definitely agree to the idea. Especially when I was new, it would have been good to have donation tins as I wasn’t paying to come on Tuesdays, but would have liked to donate for the nice experience of attending. Same as when I use certain items I think I should be putting in extra, cause I don’t think the entire membership should be covering my consumable costs when I use more than a little bit.

I’m not specifically endorsing anything in particular, just pointing out theres lots of cheapish options online if you look around. This was <5mins look and I didn’t optimise at all. I’m certain you could buy for cheaper and quicker than printing or manufacturing with pvc. What they look like doesn’t even matter, we can just throw some paint over them easily with the spraygun. A quick stencil and bolting them down to desks/walls and you’re in business.

I have some formula tins if you want to spray paint them. 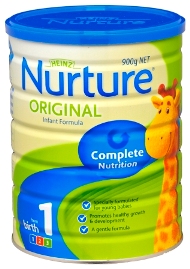 Love it. If someone will give me the cash to buy some paint I’ll spray em up. How many do we want?

Who wants to make a nice stencil for me? something cut out of a thin but sturdy plastic ideally. Probably want a few different ones. “Donations” “Consumables” “Feel Good” “Tooling”. Can mix and match those to make nice labels.

There is paint in the bone yard and a can in the chem lab, there all nearly empty but there is a bunch in total so just use those and save the $$$.

I dropped a heap off for anyone to use.