Quick hack time! I did this a while ago but I’m only posting about it now.

Our vending machines are old. Thermally-speaking, they have a few leaks to the interior chilled area. Every leak means wasted energy. I’ve already sealed up most of the other problem areas but here’s a mention of the big one - the front flaps where the drinks vend from! They don’t seal properly and they have zero insulation. They were always dripping in condensation, which is not only wasted energy but also a potential health hazard too. So I decided to do something about it. 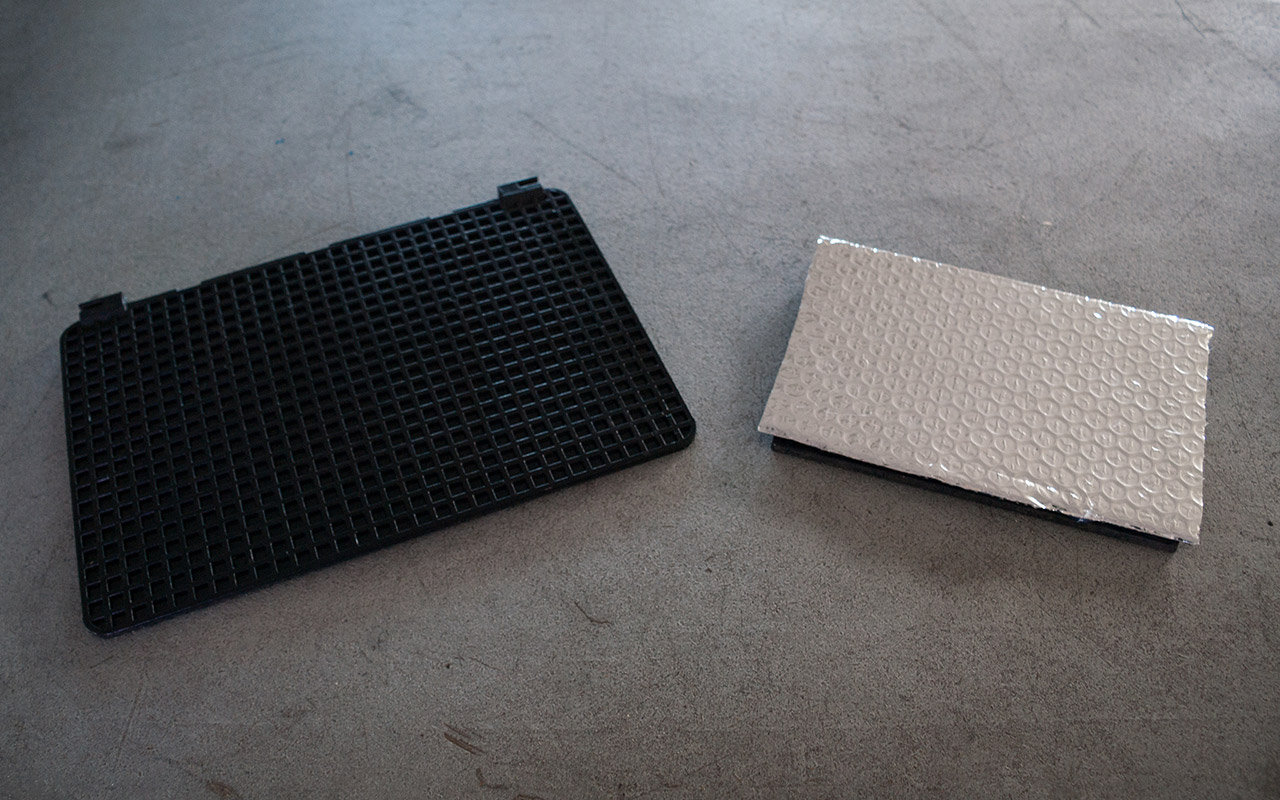 (two of the flaps, side by side)

Bubble foil was used because its insulation properties aren’t the best overall or even the best bang for your buck, but it has the best insulation properties when it gets wet due to condensation. It’s also very lightweight, which is important since too much extra weight on this door would mean cans might get stuck. And also because it’s cheap to buy a sunshade to insulate a tiny area, compared to buying the minimum 10+ square metres of other insulation products at a hardware store.

My rough measurements have shown that this change plus a few other ones I performed to the drinks machines dropped their electrical consumption by ~10%. There’s still a bit of condensation on the flaps (but far far less than before), so when I have time I’ll add a second layer of foil insulation.