Scored a heap of these 150W metal halide fixtures, removed from service to be replaced with LED fixtures. All up there’s about 20-25, haven’t been tested and are in varying states of cleanliness (mainly dead bugs, nothing major). Ballasts are no good for scrap as they’re potted, by the way.

Fixture is about 26cm across from the visible side. 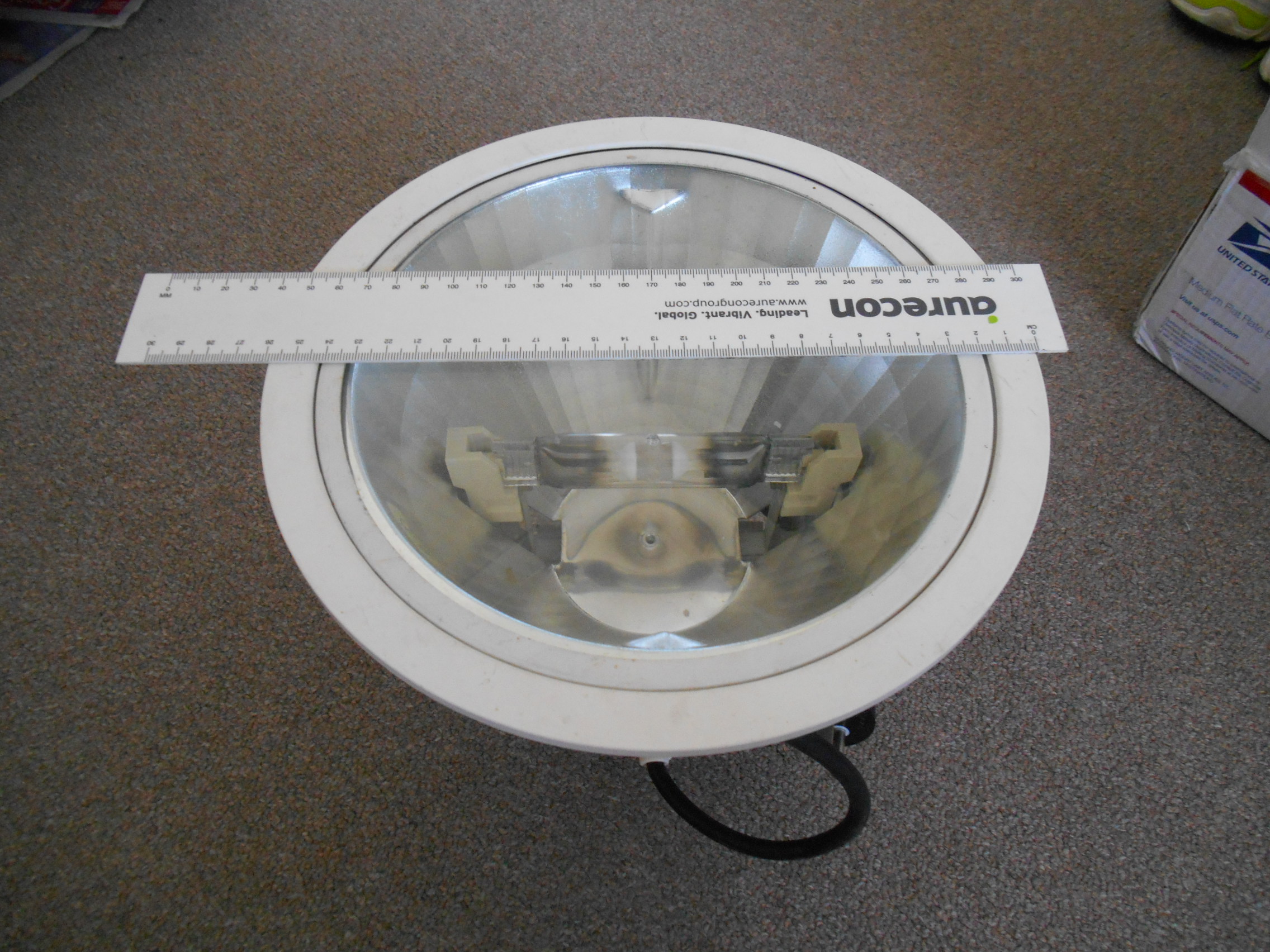 All ballasts apart from one are ATCO 150W units with integrated PFC cap and igniter. Standard 10A mains plug input. 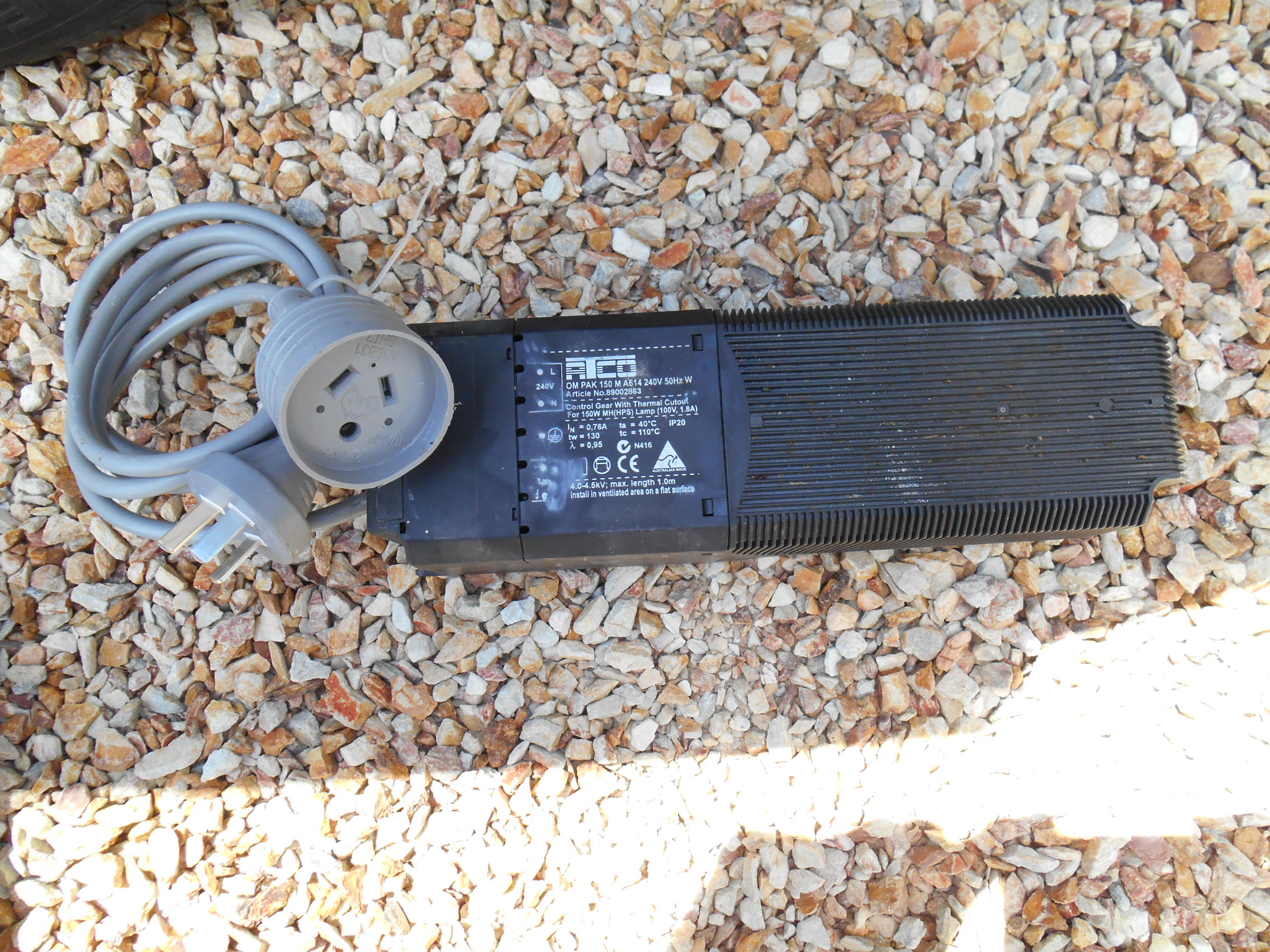 Bulbs are first come first served, some were smashed so the number of fixtures outnumber bulbs.

Pickup is preferred (Kelvin Grove) but can drop off for fuel monies.
[1]: http://imgur.com/a/dSxww “Imgur”

If you could get these to HSBNE I’ll gladly pay a few bucks to cover the fuel cost or shout a pizza or something since its ~10km, I think I have a good application for these.

I would say No thank you please dispose of them at your own cost. HSBNE is not starting a tanning room. Please sell these on ebay individually and buy some fuel

Then come to the space and have some fun.

Think you’ll use all of them Hamish? They take up a reasonable amount of space. Don’t want denominator to beat me after facilitating sunburns.

Individually on eBay? Pfft. Shipping on these would be painful, they’re both heavy and large.

I don’t know if I can use 25, but i have a use for as many as I can run without blowing my circuit breaker, so 12ish, which is enough of them I’d be glad to to have a few spare bulbs ect, so certainly all 15 working bulbs you list. I’m willing to be responsible for them if you drop them at HSBNE, I’ll deal this them on Tuesday when I’m there. Ideally I’d just take the best 12 reflectors and an extra ballast, but I understand that you probably won’t want to sort them out, so I’ll deal with the whole lot if you drop them at HSBNE, provided of course I can have all the working bulbs.

Fair enough. I’ll sort out 12 (alongside 15 bulbs and a spare ballast) for you and try to get them in on Tuesday!

Thanks mate, your a legend!

Are we taking bets on how long until Hamish gets a visit from the constabulary due to power usage and heat signature?

Let’s hope we don’t see a black Jeep with 12 spotlights on the roof soon.

@Blufires
I’m pretty sure nobody in gympie has hydroponics, far to technical, they probably just plant there weed in the state forest park firebreaks the old fashioned way. Also I don’t have 1800w of electrical power on the Jeep, let alone 1800w of 230v AC, so you can rest easy knowing I won’t be able to go full redneck.

Just chuck a bigger alternator on her mate, she’ll be right! Only 150A on 12V…