I was wondering if some one could make up a ‘pyramid’ / cheese wedge to go ontop of the green room fridge. The idea is to make it impossible for people it put stuff ontop of it. See CAD drawings below.

Can anyone help out with this project? Would be much appropriated 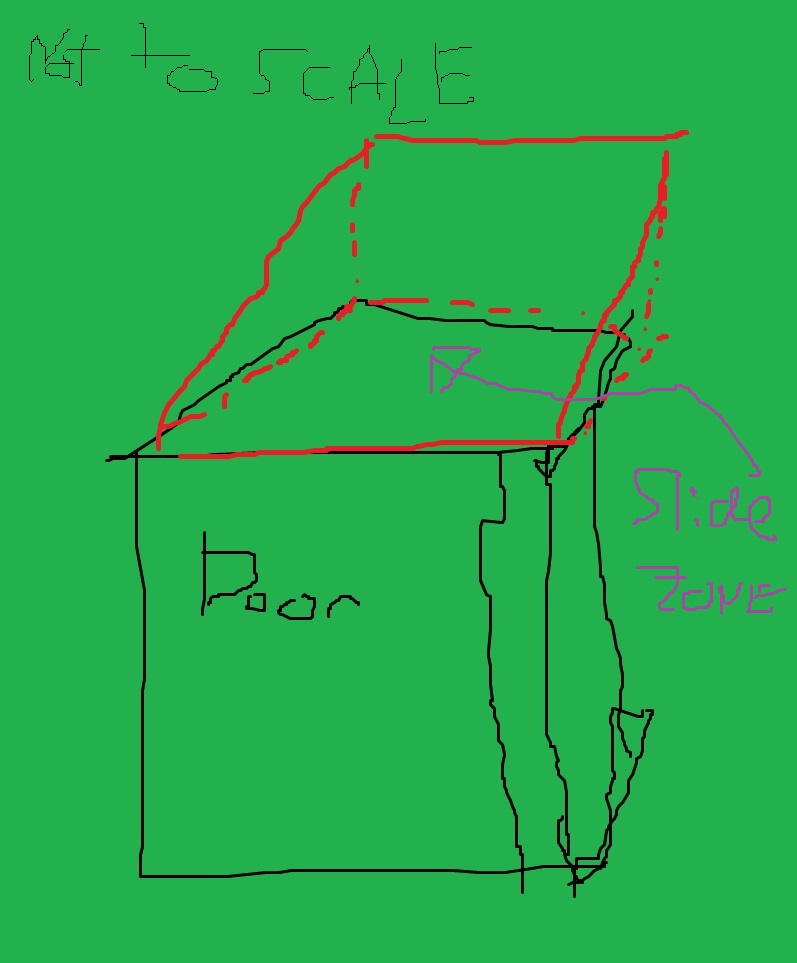 How about rotating the wedge 180 degrees and making it look like the top of an arcade machine? 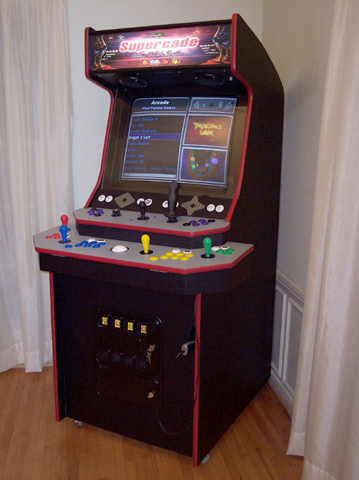 Pls leave enough room for the donation tub and labels for things in the fridge.

Maybe the tables in the green room could get the same treatment…a hydraulic lifter on each table that triggers every night and tips anything that was left on the desk onto the floor.

Could the donation tub and labels live under the ramp?

What happens if someone is their and working at the trigger time?

@nogthree Can we find another place for them to live?
@sjpiper145 While awesome, much complex

Is the correct solution to a messy area really “make it physically impossible to put anything in that area”? We haven’t taken that approach anywhere else at the space where mess accumulates. Should we fence off all areas under the green room benches as well?

Due to the donation tin and labels are for the fridge, it should be attached to the fridge is some way.
People are lazy, so if they need to look for it, it wont be used.

The space under the benches are used for legs of people sitting their. I have no idea what use the top of the fridge could be used for.

Why is it the wrong solution?

The fridge is a known accumulator, on top of it being one of the first points of contact for visitors, it’s also easy to ‘fence off’.

Two anzac biscuits have been there how long? Food mess is the worst mess.

The entire depth of the benches around the edge of the green room aren’t used for leg space, because they currently have mess stored underneath them. The top of the fridge is currently used to store the donation tin, labels for the fridge, hsbne business cards, and condiments/volunteer donation foods that are best not refrigerated. Putting those things in a cupboard is a quick way to have a stinky cupboard and it’s best kept out in the open so it’s removed from the space quickly.

(and for what it’s worth, those anzac biscuits were leftovers from the working bee on Sunday. They are available for anyone, as they were on the day. If you don’t like free food that hasn’t expired being available to volunteers, you’re welcome to throw it out. I was planning to remove any still-untouched leftovers on Tuesday but was distracted by trying to sort out the laser cutter room. If you don’t like that it was accidentally left there in the first place, you were welcome to come along to the working bee last weekend and help clean/tidy/sort. We were rather short-handed.)

It would be a stretch to call the top of the fridge a system, I am guilty myself of putting stuff on there that didnt have a home. To me it is clear that it is a problem area, and finding a new home for the donation tin and cards can easily be found.

Might I suggest a compromise? There are obviously things that live on top of the fridge which people believe belong better there than anywhere else, but it seems as though things accumulate which dont belong either.

Why not, if you’re going to the trouble of engineering a solution, instead of a ramp, make a few caddies/label rolls dispensers/what not to fit the items that belong there, and not allow room for anything else. If there are biscuits readily available if they’re bought in, why not add a space for a tin, and that tin gets emptied when the fridge gets emptied. Then, the items that belong there, get to stay there, neat and organized, and further clutter is prevented from accumulating in a focal point of the room, plus If it looks good, the cause that welded/sawed it has a nice little showpiece.