Somebody (can’t remember who) was looking for these the other day and couldn’t work out what they are called. I’ve looked into it since I need them for my wallet project also. It turns out they’re usually referred to as book binding screws or barrel nuts. 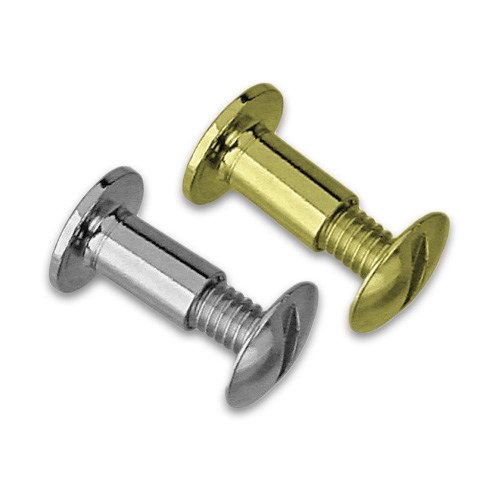 I think that was @devians, they also go by the name of sexbolts according to our dear friend @Lemming

Seems legit, lets all call them that.

I want a pile of them for use in the armoury project. Preferably countersunk and metric, but I’m having real difficulties finding a source for them. Have you found one?

If you need a few as samples, Plastics Australia up at Nundah Villiage have them for the insanely high price of $1.60 each. I’ve bought 4 to see if they’re what I want, so I’ll bring them tonight. No reasonable discount for buying 200+. I couldn’t find them much cheaper than $0.80 anywhere in Australia. I’m in contact with a supplier from Alibaba which advertises MOQ of 1000 and maximum price of $0.028 USD per pair. I’ll be looking at buying 1500 of them in 12mm shaft length.

Thank you very much, for the name.

These are also known as Chicago Screws, for anyone looking.