So I’ve been running a 8 slot minecraft server for some time now but it’s decidedly empty.

So, I’ve opened it up to the public.

The address is nogthreemct2.connectminecraft.com and it is running Resonant Rise Lite using the ATLauncher launcher.

If it gets popular enough I’ll increase the slots/ram available and start whitelisting if people grief too much.

Hi all,
You may have noticed I claimed a little hole off to the side of the starting area

I’m finding the mod pack a bit frustrating, particularly the surplus of different of Copper Types (I think I have four different, interchangeable but not stackable ores and bars).

I would suggest something like Resonant Rise (Light) which is highly maintained and well packaged, but makes smart compromises to maintain performance

It’s downloadable through the AT launcher 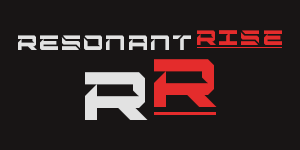 It has a lot of the same mods (Mekanism, big reactors, to name a few) but is very good at minimising that sort of soft-clash.

Stripe (your host) seems to list AT launcher so migration shouldn’t be too hard, although a world restart would be needed to get the most benefit

The modpack we’re using right now was chosen for its low ram usage and not too overwhelming (sans iguana tweaks and extra mob packs) but you’re right, it’s pretty average as no oredict was set up correctly and configs haven’t been tweaked. I actually had to make the server side pack manually from the singleplayer pack provided on technic’s launcher.

I have no major issues with switching modpacks, just I’ve been working within the upper ram limit of the server I’d ordered. It is due to expire in 6 days so I can probably order one with enough ram to handle it then.

At the moment, as far as I’m aware it is only you, @wixted and myself playing so as long as everyone’s OK with the change I will do so.

If you had to self-assemble, I extend my sympathy!

The ecosystem is now so complex that just “adding that new pack” has become almost impossible; while at the same time things like FML have enabled such amazing synergy that we forget every single mod is essentially a bytecode injection (Hack) in a closed source Microsoft product.

I’m obviously not upset with having to redig a hole.

@nogthree @AussieLauren no huge loss for me to restart the map, the multiple copper ores was getting on my nerves too

I’d love me a vanilla server…

Btw. Does that server I made ages ago still exist?

It still exists (has been turned off for some time) but with our connection being shared with Arrow I’d prefer not to host anything that isn’t essential to HSBNE on-site.

The contract on the existing server will expire in 2 days according to the host. Once that’s expired I’ll set up the new resonant rise lite server.

New server is up and running. I’ve updated the first post with the relevant information.

I will try to help secure the spawn point before heading out a bit. Nighttime is Scary, and you don’t want to be caught outside during blood moons.

It would be nice to pool resources towards a big generator and some immersive engineering HV lines to individual sub-bases.

Note that you need a Minecraft login to play

I had a quick look at that server. Your instructions are perfect @AussieLauren!
Sadly these mods are such resource hungry that my PC isn’t capable of running that in a playable way.

You can also try FastCraf, which is a mod that redoes much of the backend to make it faster.

After step 5 and before step 6, scroll down the list on the right and select “Fastcraft”, then it wil install. It is still compatible with the servr, and helped my 2012 macbook pro a lot!

I don’t run Fastcraft and left it out of the share code because i know on some hardware it doesn’t agree with it.

That being said, I’ve used it in the past on sluggish packs and it helped immenseley.

I’ve been terraforming around spawn a bit. Feel free to tell me to cut it out if it’s too extreme.

Some progress;
There is now a small BigReactor down in the tech park; 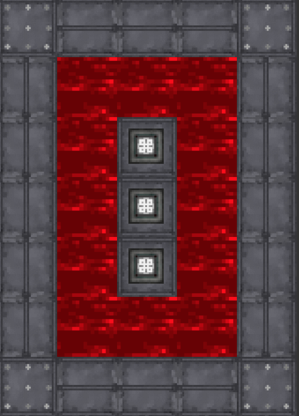 When you switch it on, it generates about 1.3kRF/tick, with modest eficiency.
Please leave it off once it’s battery is full; I’m making some redstone energy cells to store at the “hotspots” at well.

To increase the efficiency and push it up to the full 4kRF/tick that the Immersive Engineering wires can transfer, we can do make this modest, one-layer-high plan; 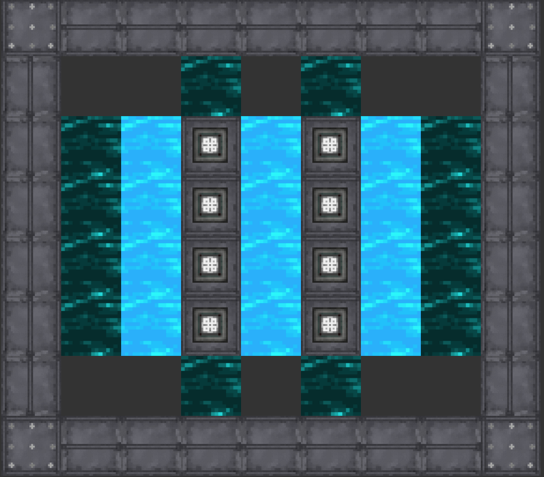 Edit: There are now two redstone energy cells on the outputs of the reactor, meaning more than 40MRF is stored in the system, so the recator will only need to be used occasionally - even at full drainage, there are 10,000 ticks of energy stored for your tinkering.

There is now a Thaumcraft scanning room to help people find most of the magic types;

Next community project is probably for an advanced energistics setup. I’m thinking of making local networks for each mod “node” ( the smelters area, thaumatic tree, industry area ) then build a linking controller later.

Additionally we can start on a Mekanism ore quintupliling setup once enough osmium is mined (we’re a long way off).

@nogthree Is it okay if I start on those last two in the big brick building out back?

Definitely fine to put that in there. I’ve spruced up the factory a bit and upgraded our AE2 setup to autocraft some core things.

So at some point the world file corrupted and the server stopped booting, the Host doesn’t have much in the way of backups before this happened.

I’m keen to get back into it again, I had major issues just getting the last one to run though, so something that runs easily would be nice.

Alrighty, I’ve set up a server running on the 1.9 New Beginnings pack. It’s based heavily on Botania’s Garden of Glass skyblock so I’d have a squiz at the wiki page for it at least before logging in.

You will need to install the Curse client from http://www.feed-the-beast.com/ and search for the ‘New Beginnings’ pack.

Once you’ve got that installed it launches using the default Minecraft launcher as a custom profile.

Server login details are the same.

I’ve done a couple of things to the spawn but have left some of the roots behind so everyone can a go.