P.S. before you ask “why are you building a jet engine”… I’ll just answer now… “because I always wanted to!”

Cool. Your own design or something shared?
And any details you can share of the tool chain?

There are very few publicly available designs for the size engine I’m making… so I’m basing parts of it off a couple of much smaller designs…
Google ‘mw54’ and ‘jk66’ and you’ll find the most well known designs… and they are so similar it’s hard to tell them apart in some cases.
The only problem is my engine is (as it turns out) pretty close to double the xyz dimensions of the mw54… so I’m using the diffuser from there just scaled to 200% and with only minor other changes. The compressor and turbine (ie the spinny bits) are from the biggest truck turbo I could get my hands on… and when on the truck it was plumbed with 4" (100mm id) piping… and has an compressor inducer size of 79mm (that’s the size of the visible spinny part in the intake ). That’s a mass airflow of about 50 cubic inches per second …or 151.5 pounds of thrust. …assuming a few things work out as planned.
The restricted nozzle airflow velocity should be around about mach 1… and the inflow velocity about 0.4 mach.
Continuous operating speed will be around 75,000 rpm… but it’s capable of going over 100,000rpm in theory.
Bearings are fully ceramic and rated for 120,000rpm continuous.
Exhaust Gas should be operating at around 980degC.

The great thing about starting with design that works “small” is that as engines get larger they actually get less fussy about many things… due to the reynolds number of air being essentially static at ground level small engines are immenently harder to optimize and have to spin way faster to achieve any meaningful power. I’ve not done any computational fluid dynamics on the design… but I’m hopeful it’ll work. Sometimes being unsure is 1/2 the fun.

@buzz when do you expect this to be ready?? I wanna see it roaring 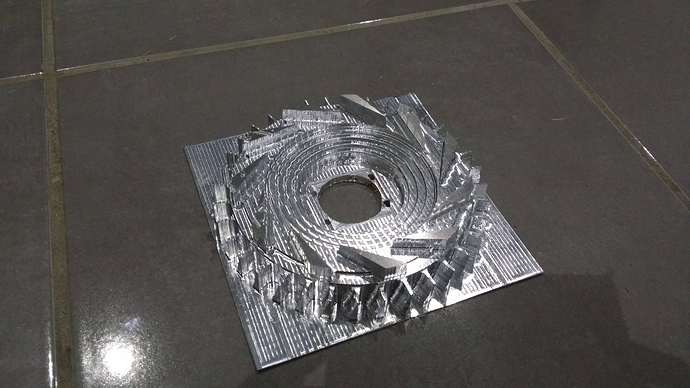 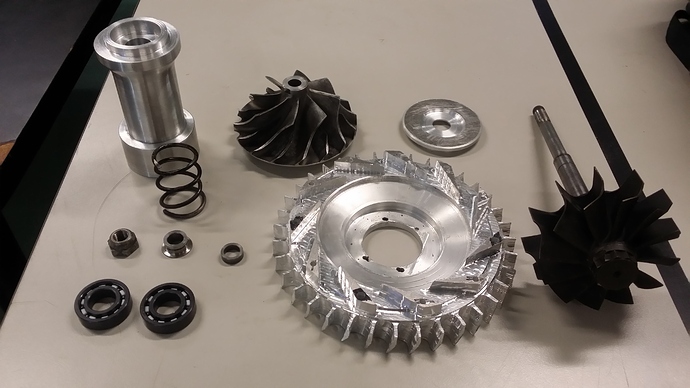 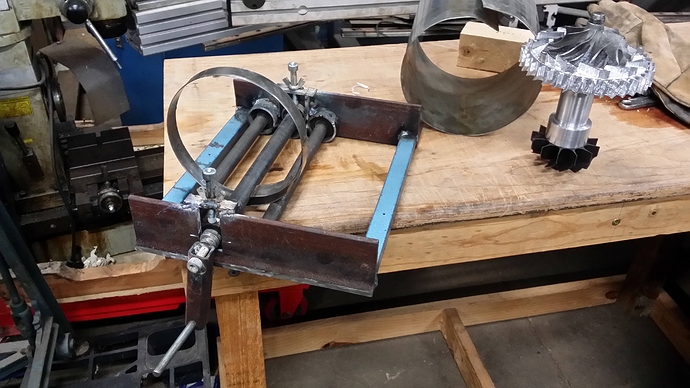 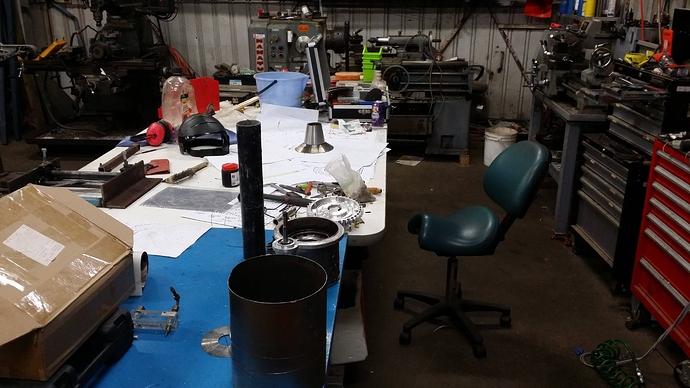 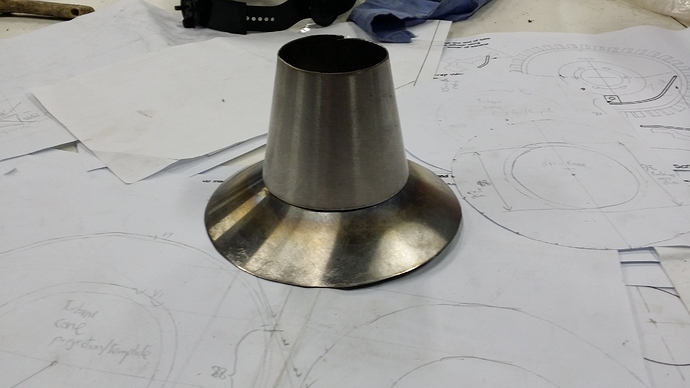 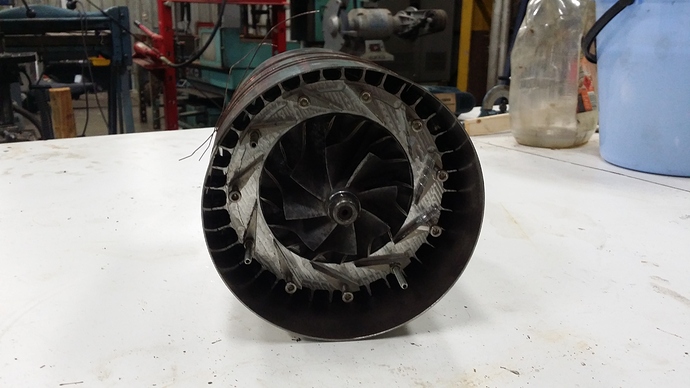 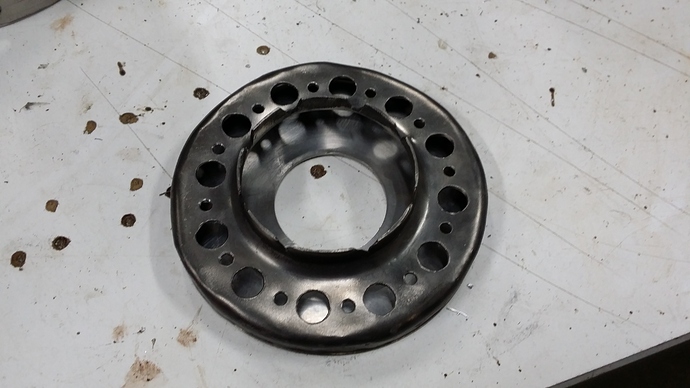 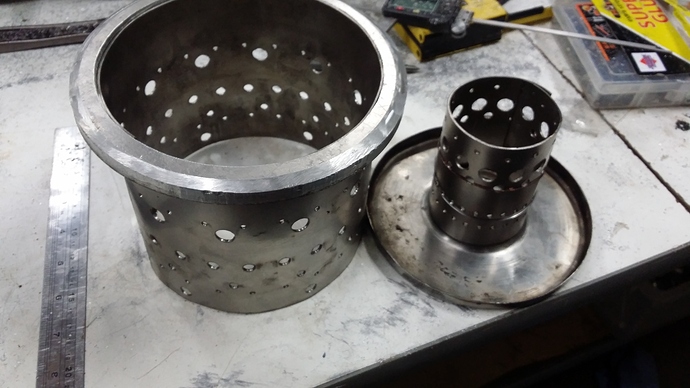 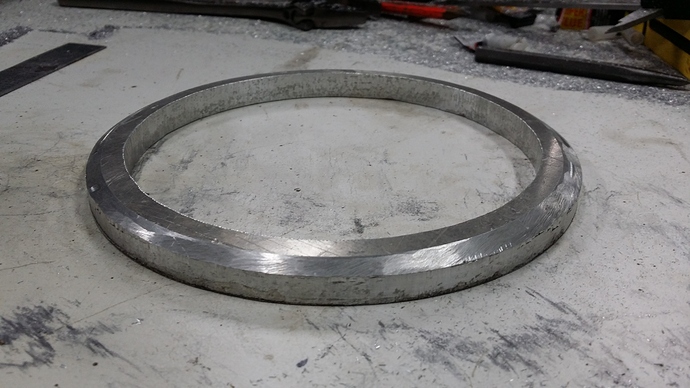 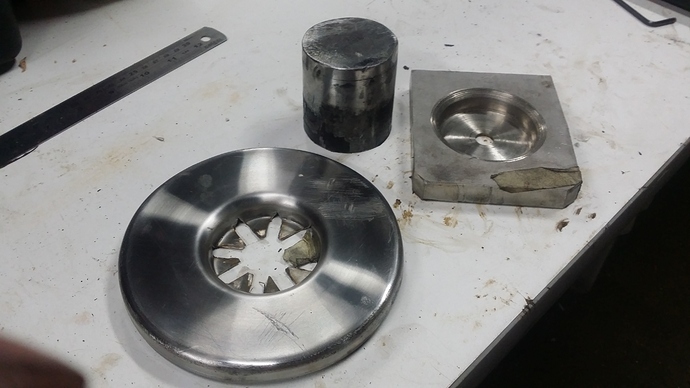 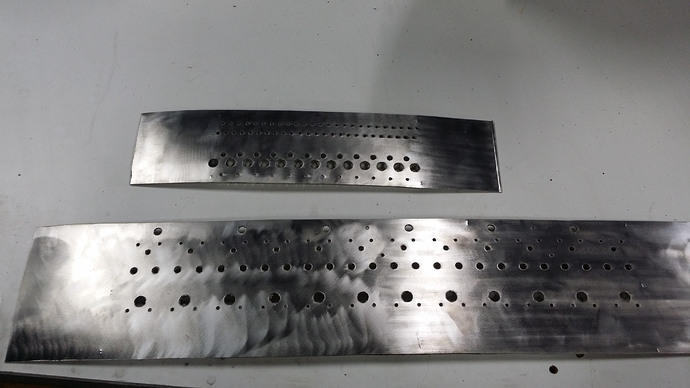 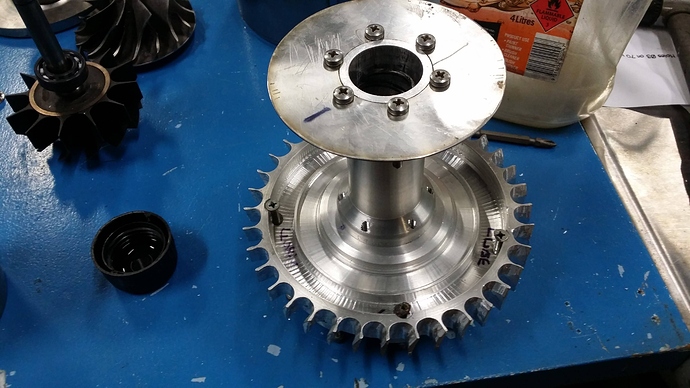 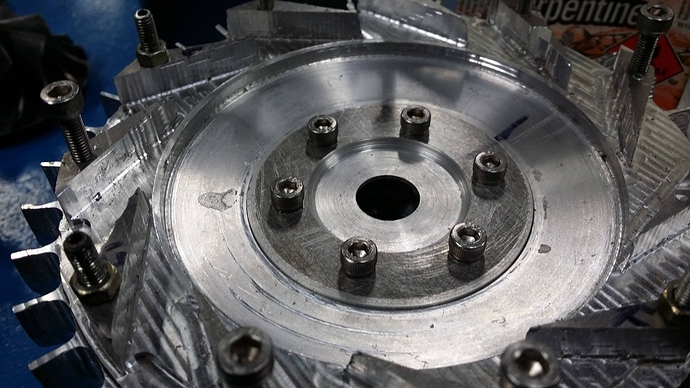