During the last few months I have been taking time out from other projects to work on the infrastructure in my garage workshop. Mainly accessories for the machines - a process known to never end.

This is intended to allow clamping of objects to the machine table which are too long for an ordinary machine vice. There are two fixed parts to the vice which are bolted to the T-slots of the machine table at whatever distance is needed to grip the work. This is what the finished thing looks like. 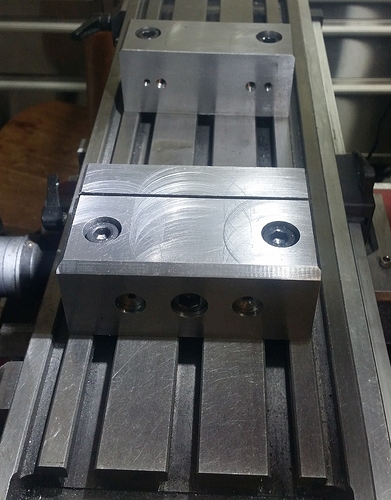 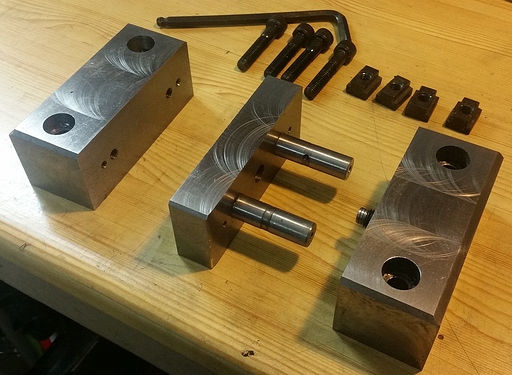 ViceExploded1431×1047 360 KB
The fixed blocks are machined from free-machining 50mm square steel. The sliding jaw has two 15mm silver-steel rails which are welded into the moving jaw. The tricky bit is to ensure that the holes that the rails slide in are exactly parallel so that the thing still slides after the rails are welded! I clamped the the fixed and moving jaws and drilled and reamed both holes together on the mill.

The jaws have tapped holes so that soft jaws can be attached, or shaped gripping pads to hold various shaped work pieces. 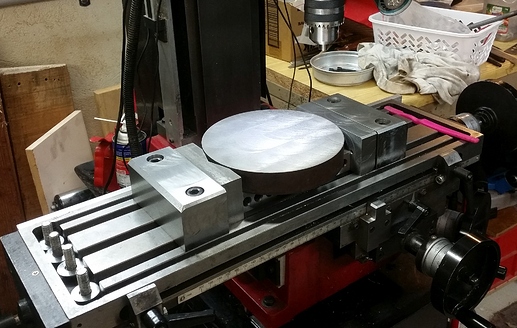 And here is the vice, in action, holding a lathe face-plate blank with a shaped jaw at one end to stop the work twisting. This was an important step in the next project.

Setting up the new Lathe

This view illustrates a well known annoyance with the AL250G lathe. 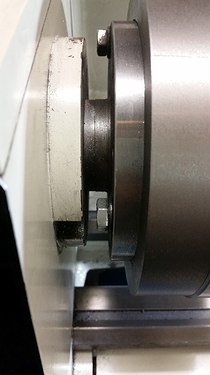 squeezy1195×2125 353 KB
There is almost no finger clearance on those nuts, which have to be removed, one by one, though that little gap opposite the lowest bolt-head in the picture. For those of us who switch chucks frequently this is a real pain.

So, what is the solution? Well, my solution was to use front mounting chucks.
These are bolted on from the front, making them easy to attach to things like rotary tables. Fortunately, I had two already. Here is the four-jaw. 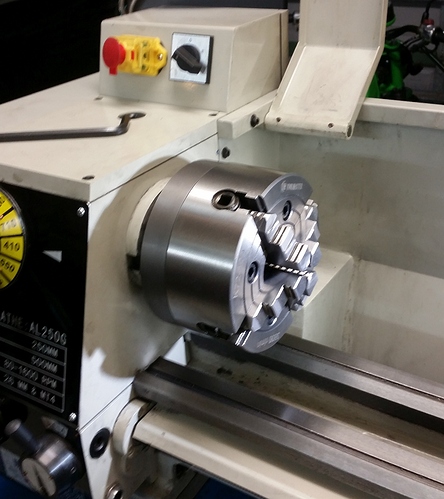 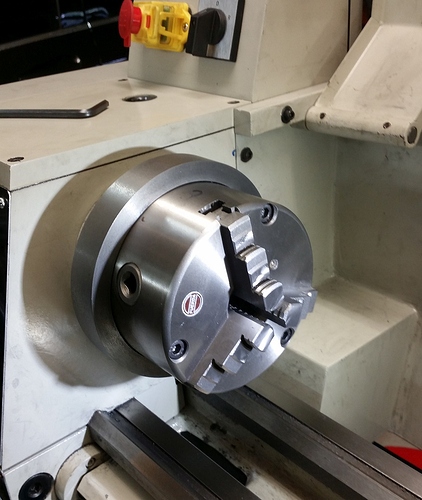 Chuck-3jaw1333×1577 317 KB
So removing a chuck is really easy, but the problem is … if the alternative chucks do not use the same backing plate then swapping chucks involves swapping the backing plates as well, and you are worse off. So here is my “universal” backing plate - it sure ain’t pretty, but it works. 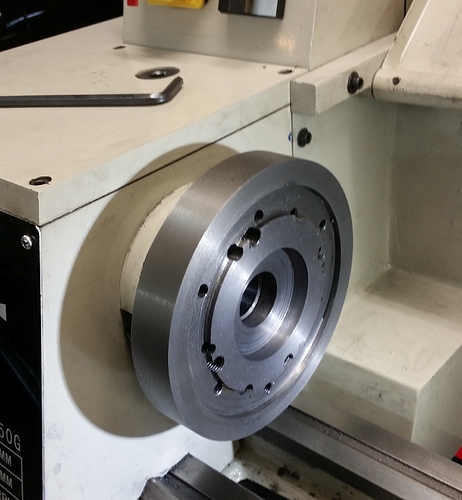 So changing between the 3 and 4-jaw chucks is really easy. Changing to the collet chuck is still a pain, but I haven’t come up with a 3-way solution and that backing plate already looks like a piece of Swiss cheese.

Finally, a check on the runout on the 3-jaw chuck. 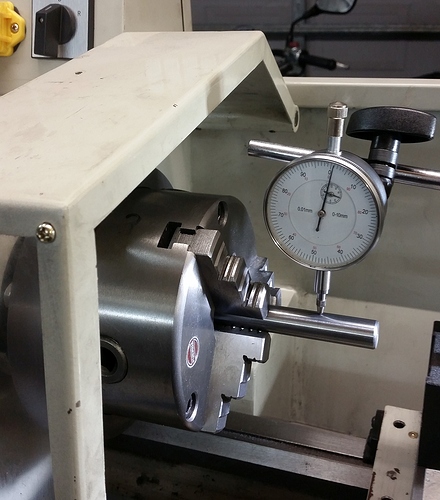 Ten microns? That is actually too good to be true. The spec on the chuck itself is around 100 microns (aka 2.5 thou.) so I doubt I can take the chuck off and put it back on and get the same low reading. Still, it suggests that the intervention of the backing plate has not made the runout go out of spec.