Hey everyone
Earlier today Ale and I replaced the airline that runs from the compressor regulator to the nozzle of the laser head
This went pretty smoothly but some modifications to the machine were made to accommodate the new airline.

The panel on the back of the laser previously had a fitting and a small silicon hose approximately 10mm that ran from the regulator to the back of the laser, on the other side of the panel the 6mm airline was connected via a metal fitting (This is where the airline gave way and wasn’t visible that it had cracked and was leaking air without unscrewing the panel.
To eliminate all this complexity the fitting on the solenoid was changed to a 6mm press-fit connector and the airline now runs as one continuous line from the solenoid to the nozzle without changing IDs or any extra fittings. 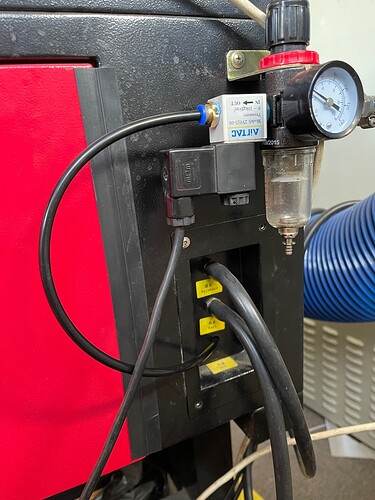 The replacement airline is less flexible than the old one so some adjustments to the head nozzle were made. Previously there was a straight metal adapter where the hose connected. This was replaced with a swivel elbow connector to allow the head to travel to the front and right without the harder airline crashing into the sides of the unit. 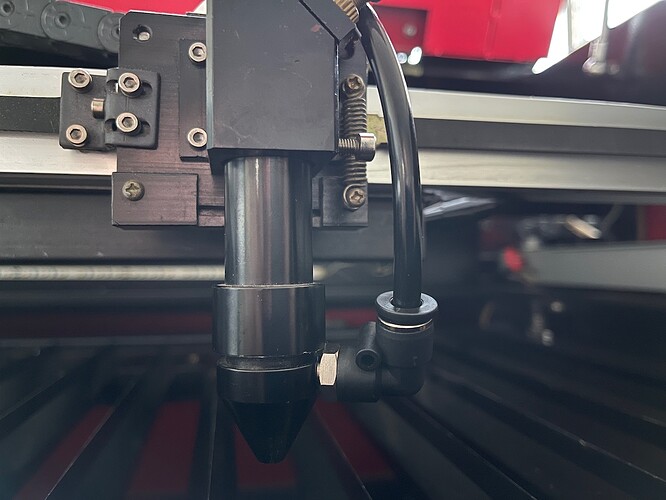 We had purged the compressor in its standard configuration, some water came out but not much at all. We purged the tank again with the wheels raised about 10mm and a huge amount of water flowed out. Ale has made a stand to elevate the wheels of the compressor so it’s on a slight angle towards the pruge port. Hopefully, this will reduce the amount of water that makes it to the laser 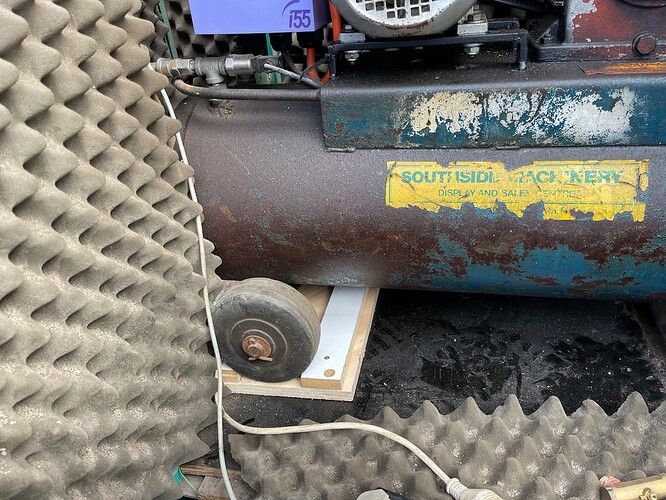