To use:
1 - Get Supervisor to Swipe their RFID tag ( nog, crofty, pelrun, riumplus ) , laser-cutter will then power-on as usual.
2 - If it does not immediately switch on, then turn on the power-switch on the side as usual.
3 - continue with laser-cutter

When done:
4 - swipe RFID tag to power-off the entire laser cutter, you may optionally turn off the power switch too, but unneeded.

RFID goes GREEN for “go” and RED for “stop”.
Waving: Don’t “HOLD” your RFID tag on the interlock, or the interlock with turn the system on-off-on-off a couple of times. … it’s better to just “wave” it near the interlock LED briefly, remove, and then wait 2-3 secs to see what happens. If nothing happens, wave slower; if it turns both on-off, then wave faster next time. Known bug, see Nog. ( Also: it goes blue while booting up. )

Keys… what now…?
Physical Key that enables/disables the laser-cutter is no longer necessary, as RFID key replaces it. As an interim, the physical metal key is being left IN the laser-cutter, but is “tethered” with wire, so as to remind people not to walk off with it. It should be left turned clockwise- as is, or laser will not fire. After RFID system “proves” itself, real key/s will be removed entirely and this key barrel removed. 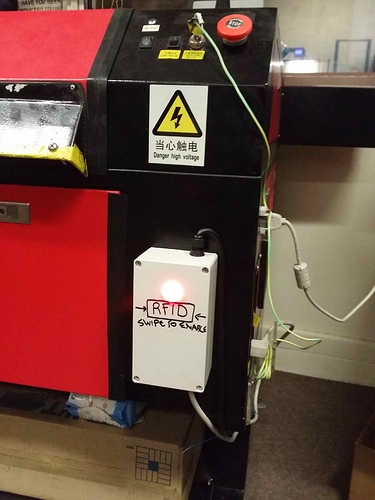 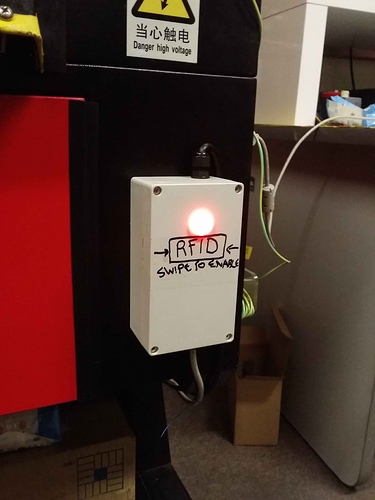 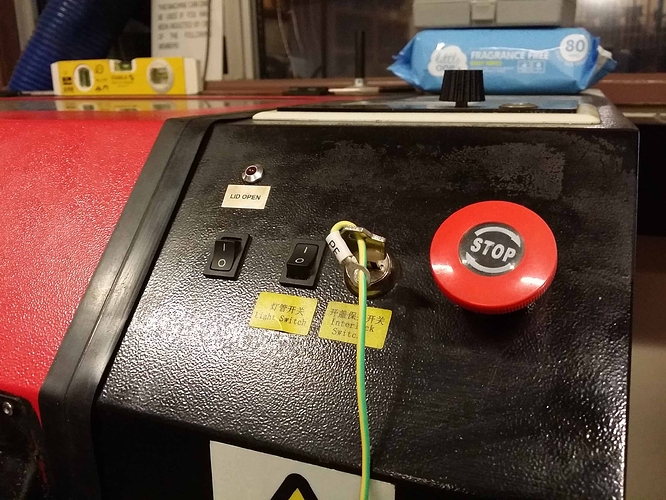