If you’re interested, check out the learn to Crochet Class this weekend held by @Keema. 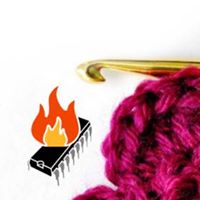 The member discount code is PSYDUCK.

How can the class be this weekend when according to Eventbite it was on Tuesday and is already ended?

The class time was moved due to availability of participants. @Keema also had to finish this workshop in time for a TAFE deadline!

It was originally going to be last weekend, but we rescheduled it to Tuesday night just gone as we only had one booking.
If it’s something you were interested in, I will be looking at holding another workshop sometime in the forseeable future