Let's buy a shitload of heatshrink

So currently every few months I have to go order a bunch of assortment packs of heatshrink. It seems to disappear quicker than anything else around.

But the smallest and largest stuff never seems to run out.

So let’s get 200m each of the most common stuff in red and black. 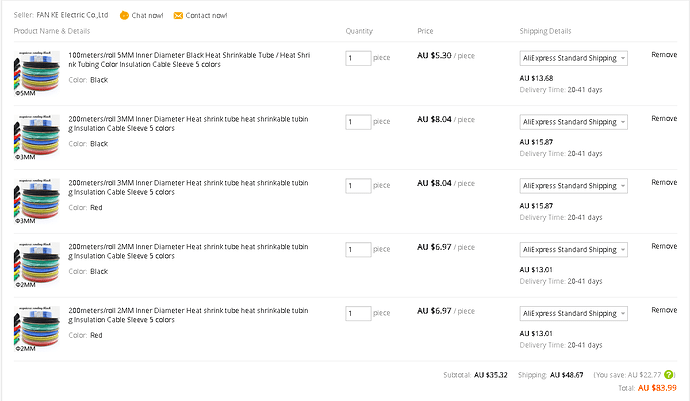 Thoughts? I’ll put this up at the next electronics cause meeting.

I ended up buying this as last month’s consumables budget for the cause. There is currently more than enough heatshrink on the bench but when this goes up it will be like a bunch of car tyres in size.

Thanks I’ve been asking for this for ages