I have started a project in the last week Mame upright arcade machine.

plans are not the best

Week one progress:
I have cut most of the panels out of 16mm MDF(still need to work out a few things)
still awaiting buttons and keyboard encoder in the mail.
screen has been purchased.
control panel still to be built.

Before primer and paint 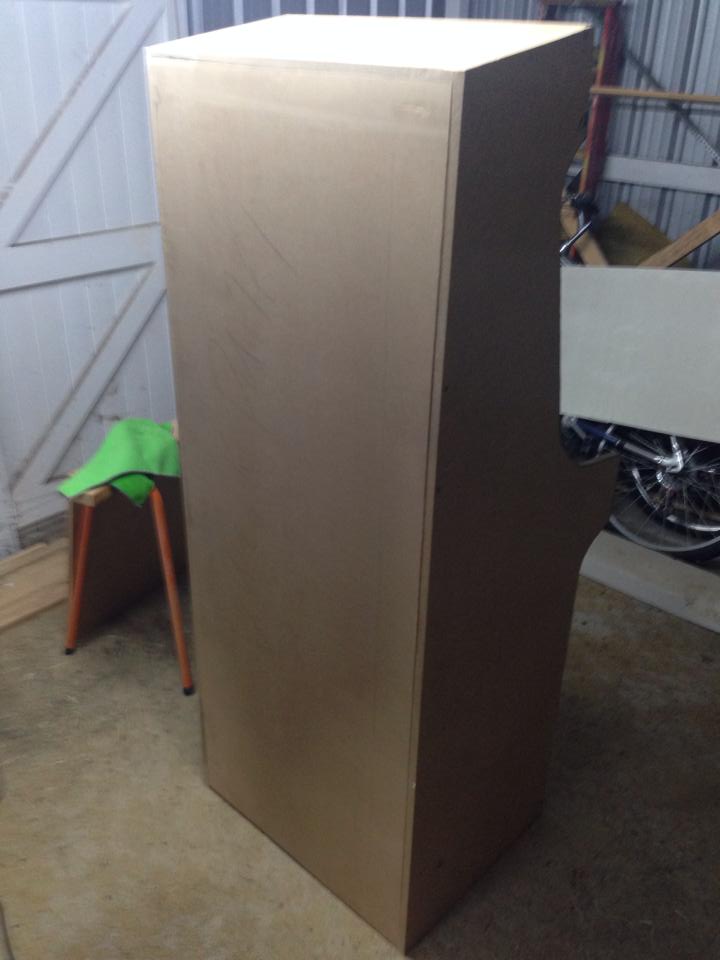 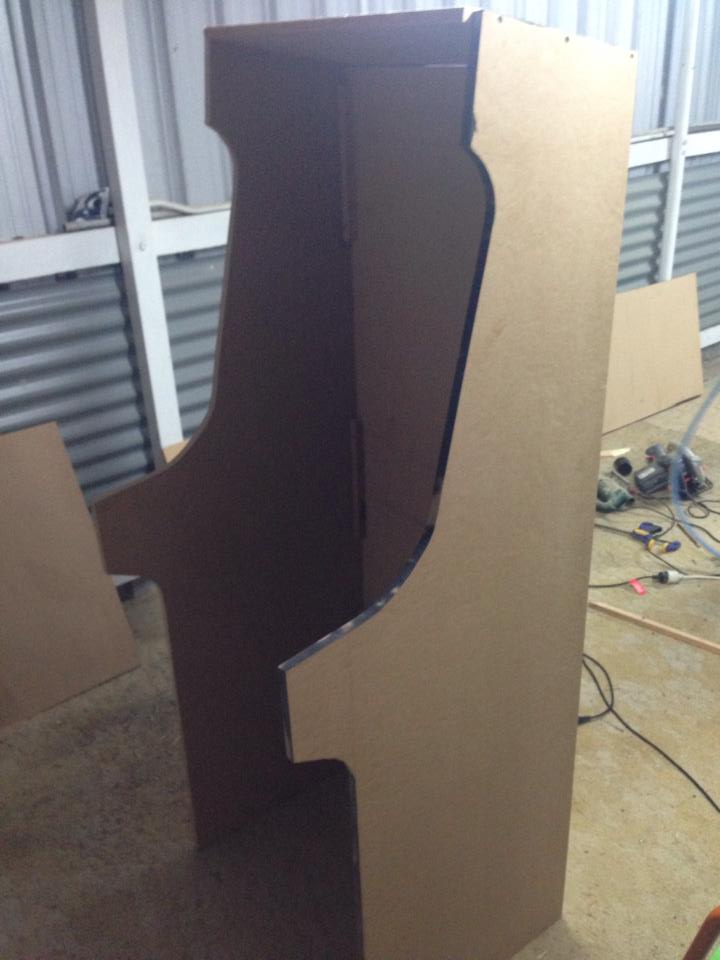 After primer and paint 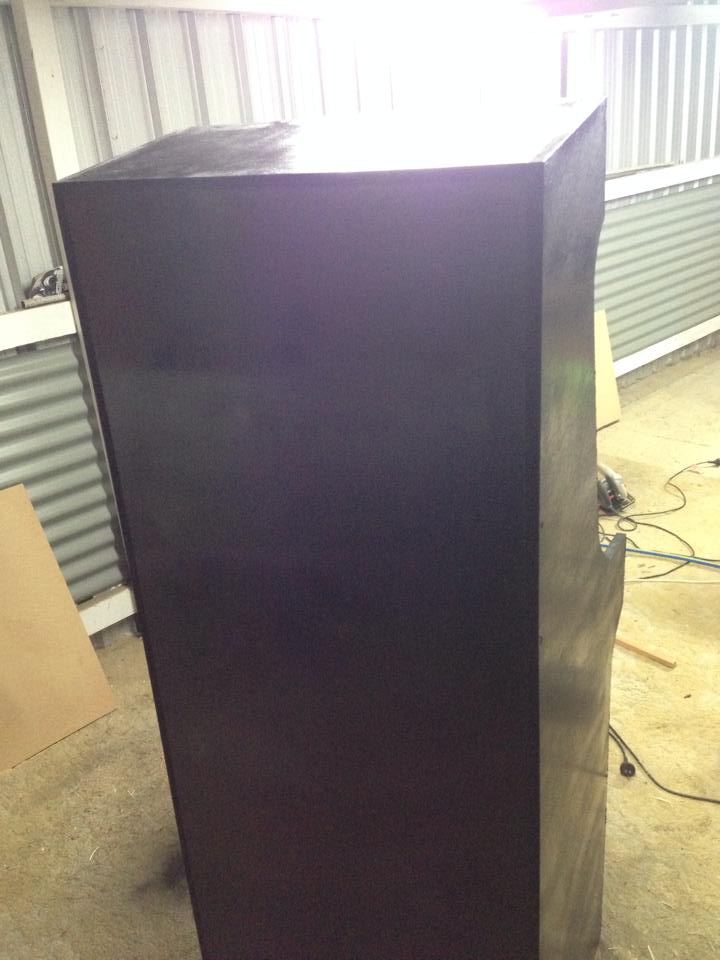 Lights have been added to the unit,
keyboard drawer has been installed,
kickplate and door hinge installed 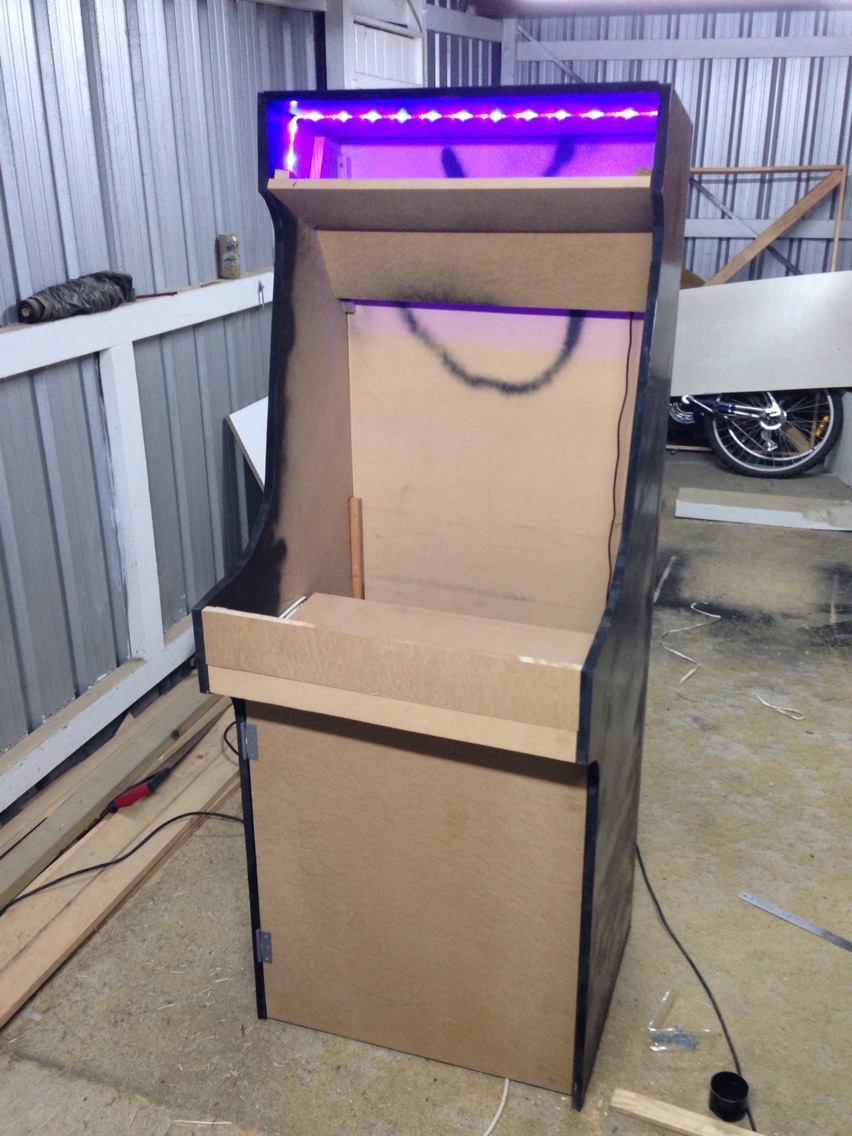 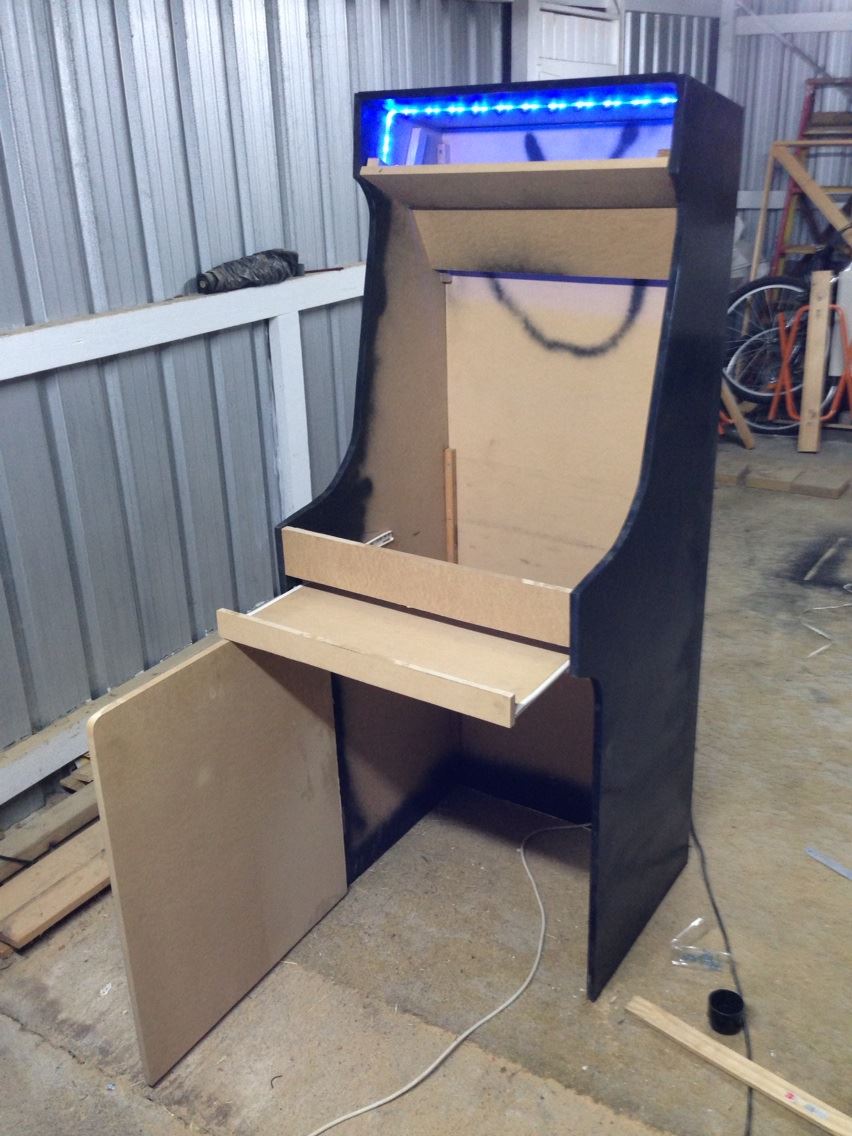 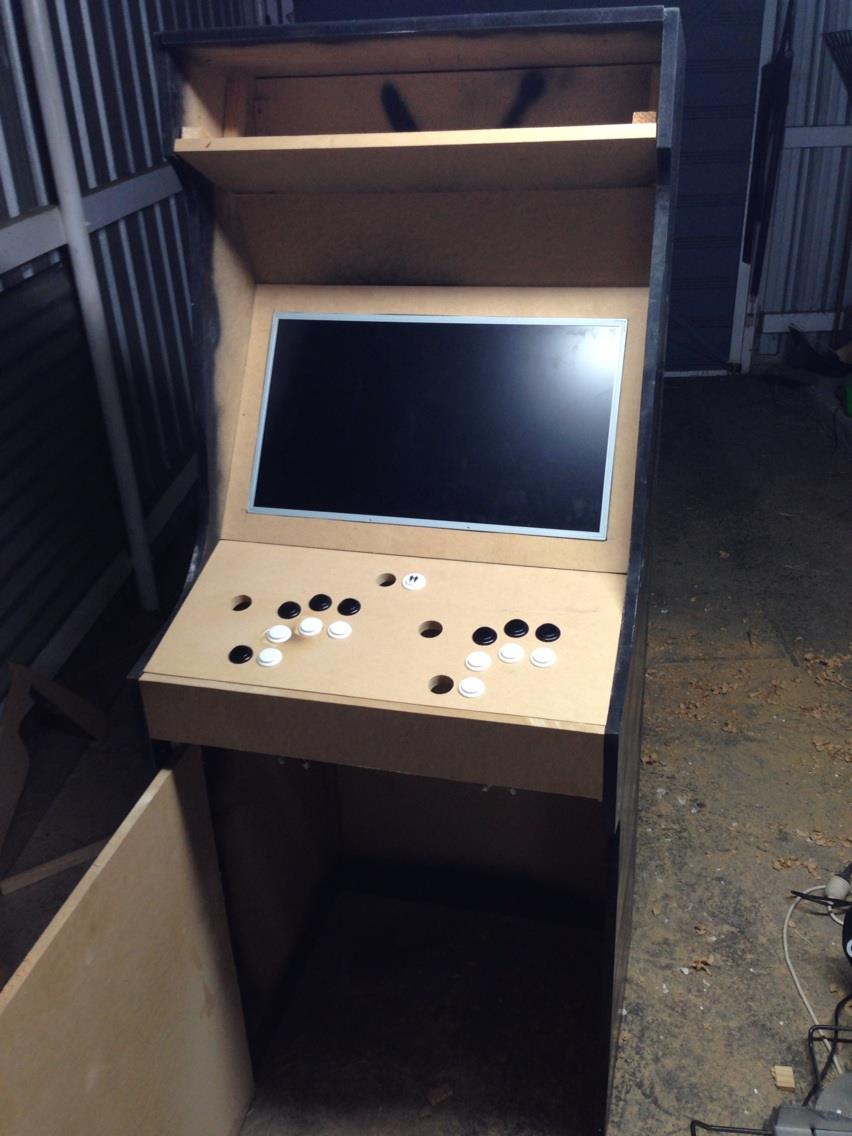 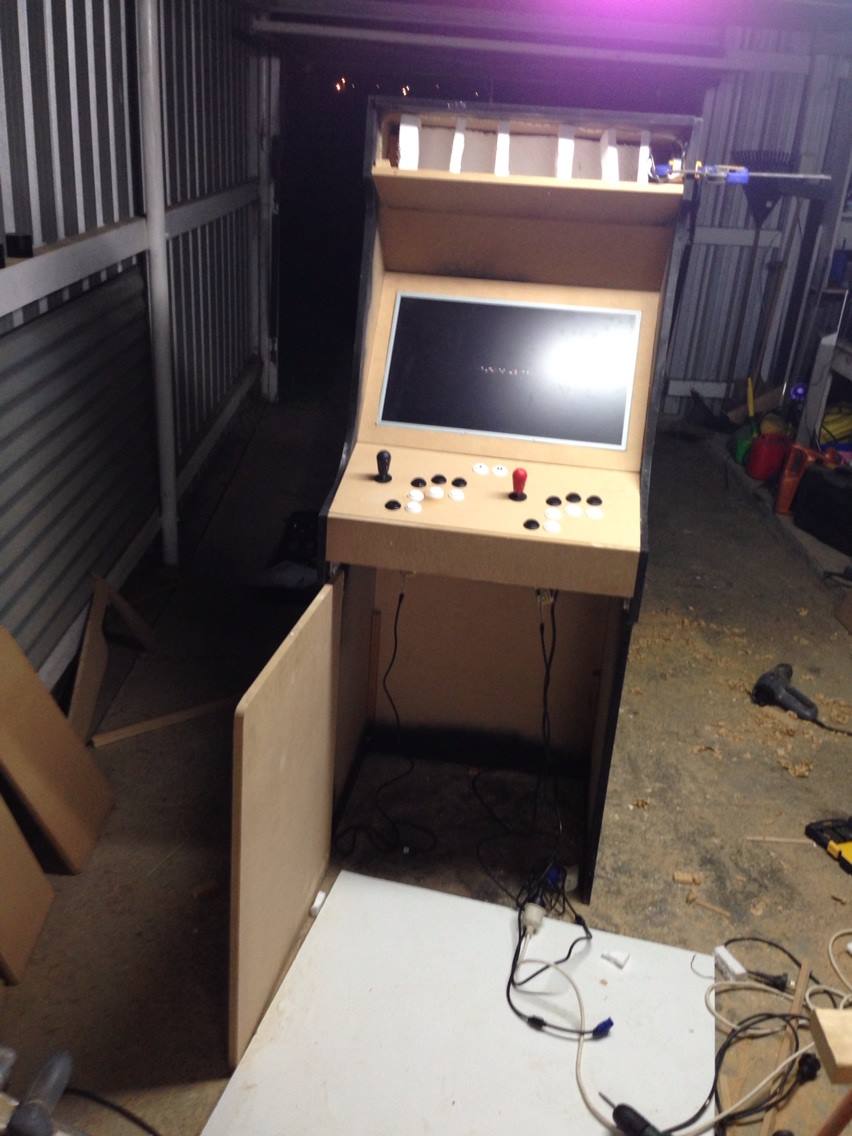 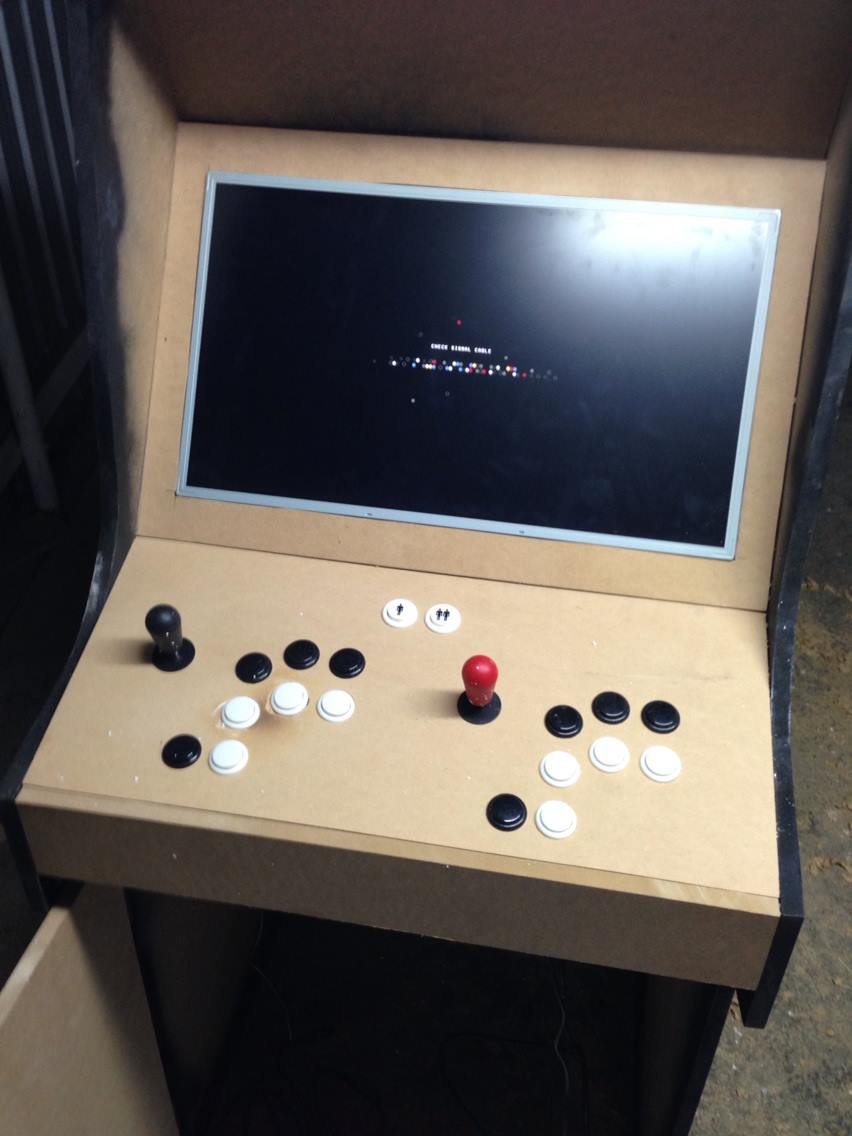 Updates: Printing
I have had the side art printed for one side and the marquee so far.
Need to adjust the lighting a little to make it reflect correctly,

computer has been loaded in to machine and loaded with some software(hyperspin, maximus arcade) pics still to come.

Still to do:
T molding still to be installed
Make leds change on different system/game
Make another machine for work 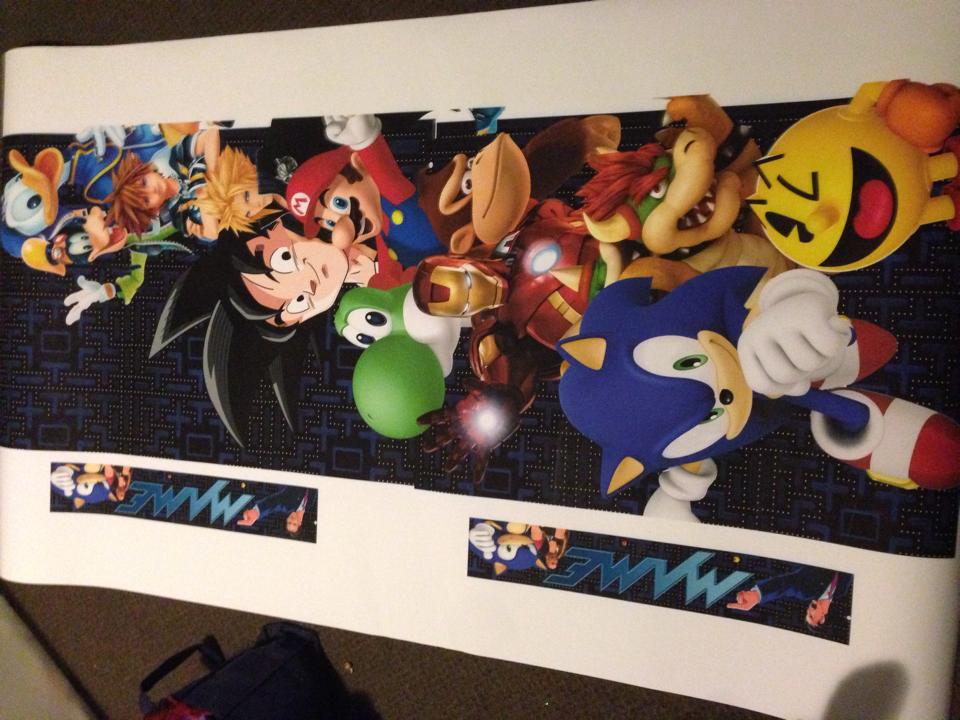