I am new to the space and have a project that combines many of the things I like, hopefully it will attract the interest of those who are like minded.
The build is an electric bike which I’m sure many at the space have experience with, though its slightly different than most because it is a mid-drive rather than a hub motor.

The plan of attack is to first make a jackshaft that combines the power output from both the cranks and motor. I’ll upload photos shortly

Have you an approximate cost for all materials?

Awesome. Count me in, we can race haha.

I have a 2009 Cannondale Prophet 2 dually to strap my stuff from the scooter to. I basically have in mind exactly what you’re doing, you couldn’t have poked your head in at a better time haha. Cant wait to see how you go!

All materials not including the bike should be around $600 for the initial 24V 650W setup.
I bought the kit second hand and there is a risk that the battery isn’t great so I’m running it at lower voltage 8s2p to begin with. I also need to replace the gears in the planetary gearbox because they are quite worn. 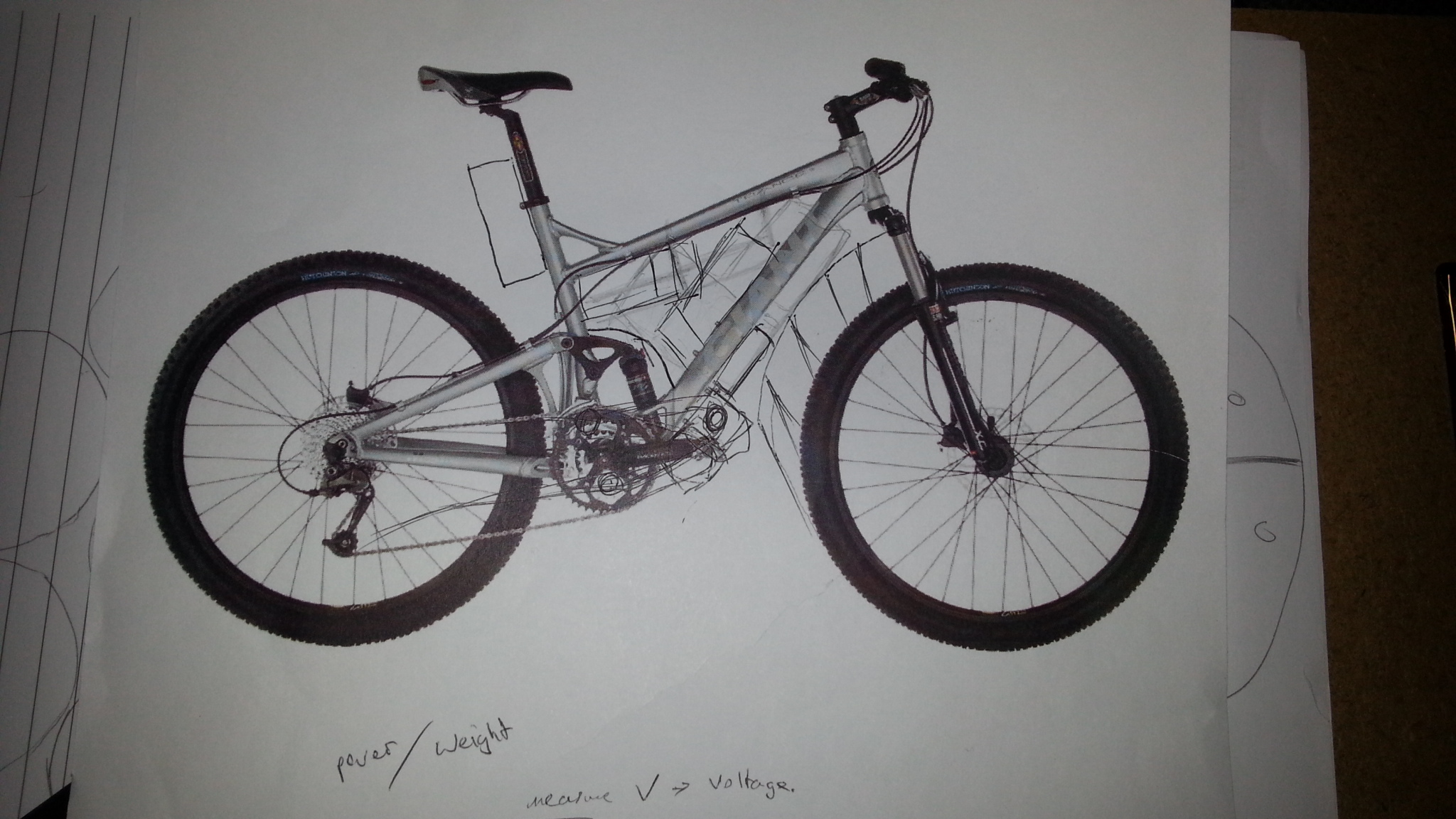 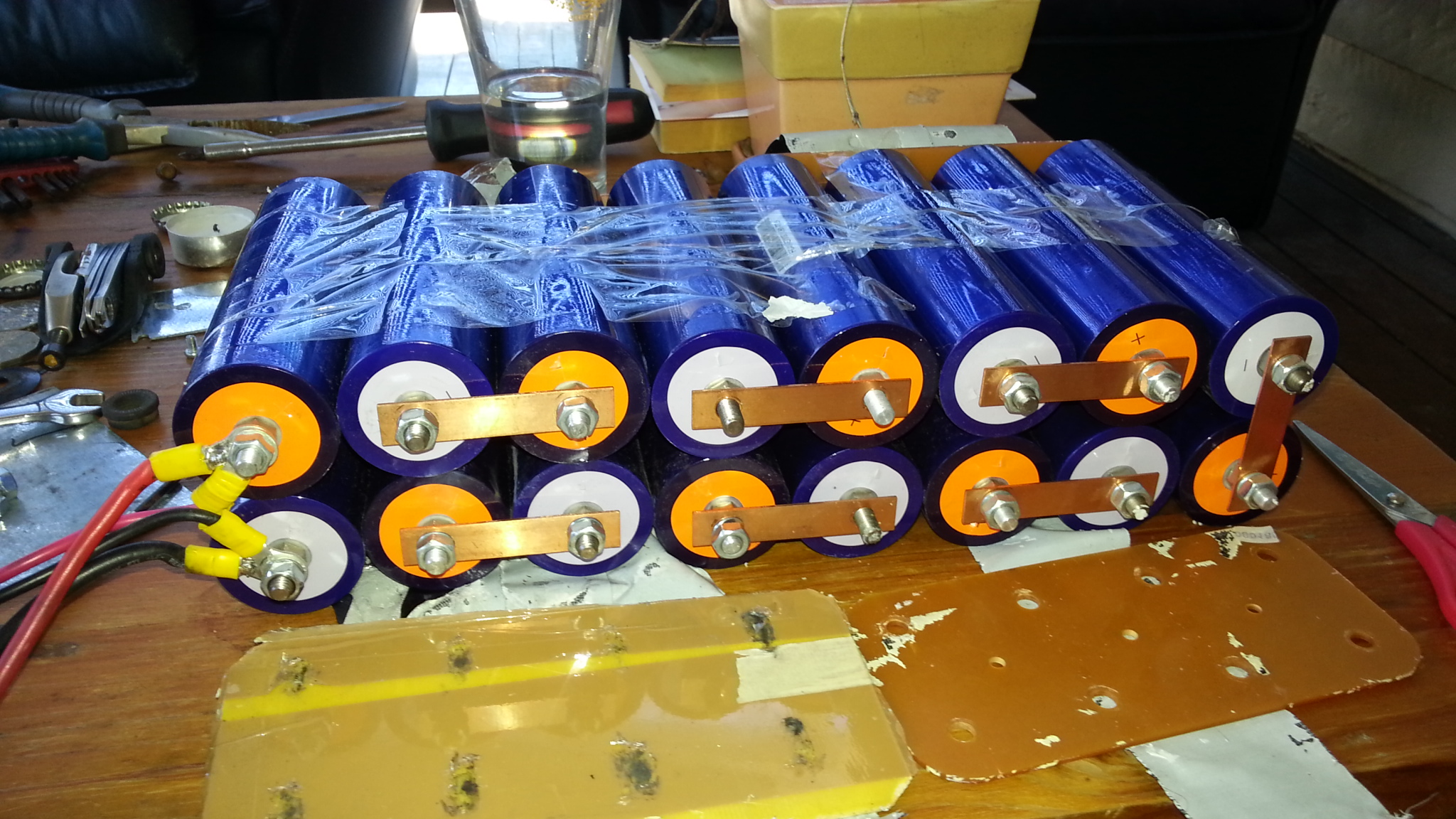 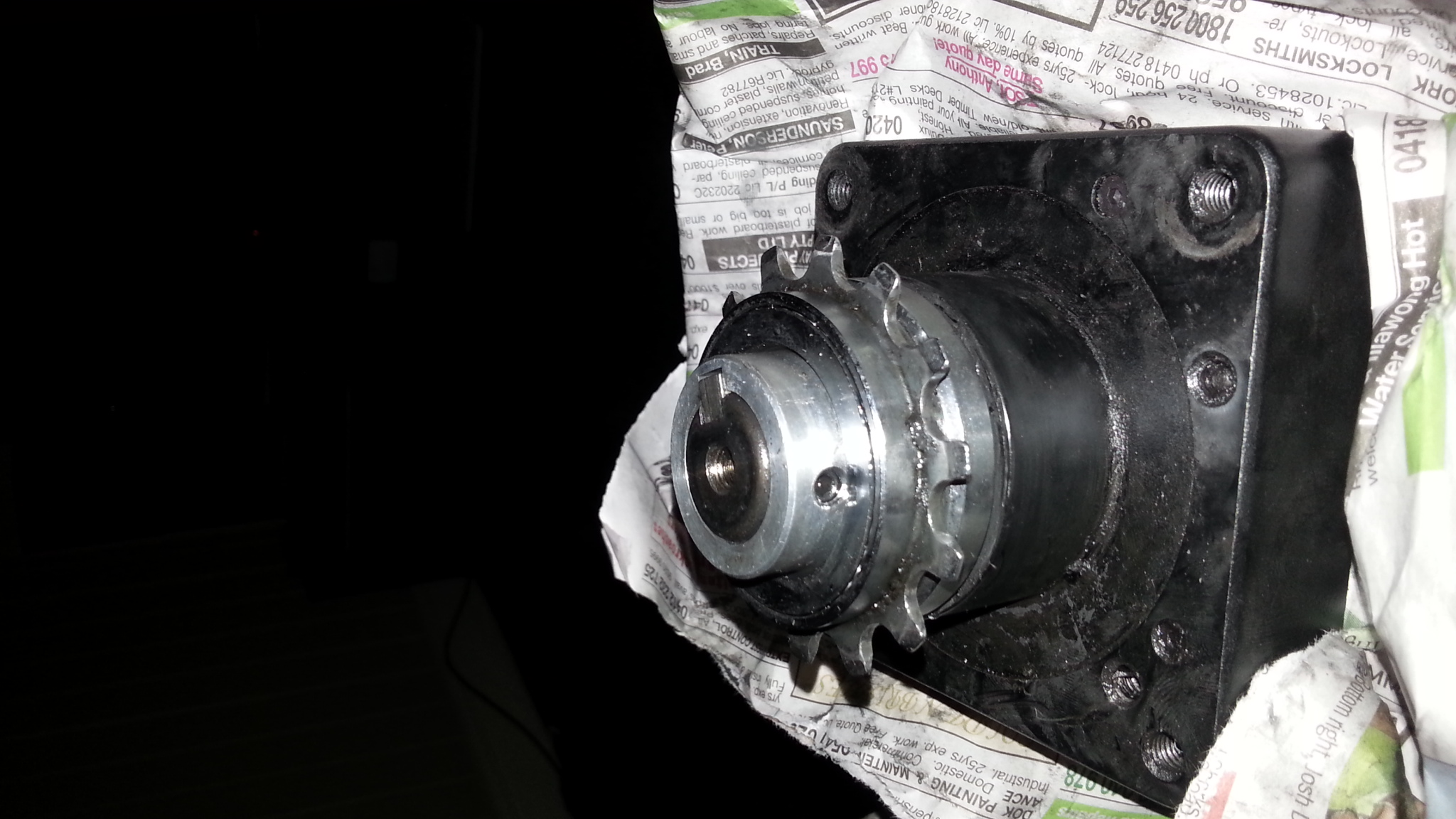 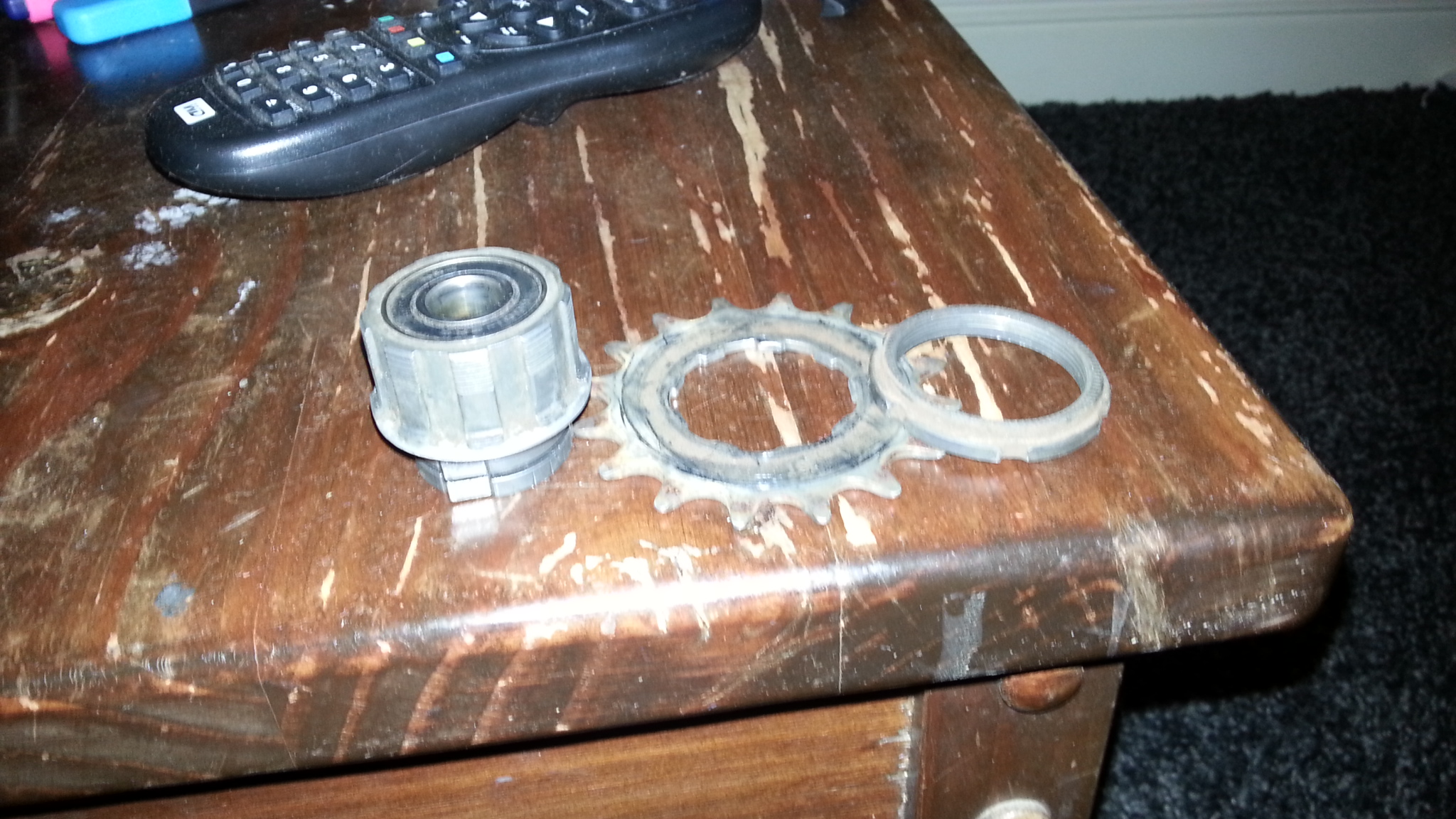 Yeah awesone timing, I’m looking forward to tracking the build. Haha it will be a decent race though I dont think I could push more than 50 amps through my motor. On another note i have measured my cells under charge and they are a bit out of balance. Do you have a balance charger at the space you used for your lipsos? I wonder if it does LiFe?

My charger is floating around the space, usually ends up amongst karl’s pile in the corner of the green room. It charges LiPo, LiFe, NiCd, NiMH and lead acid. Works like any other computerised charger. 150W charging rate and 12-18V input. up to 8S charging output. 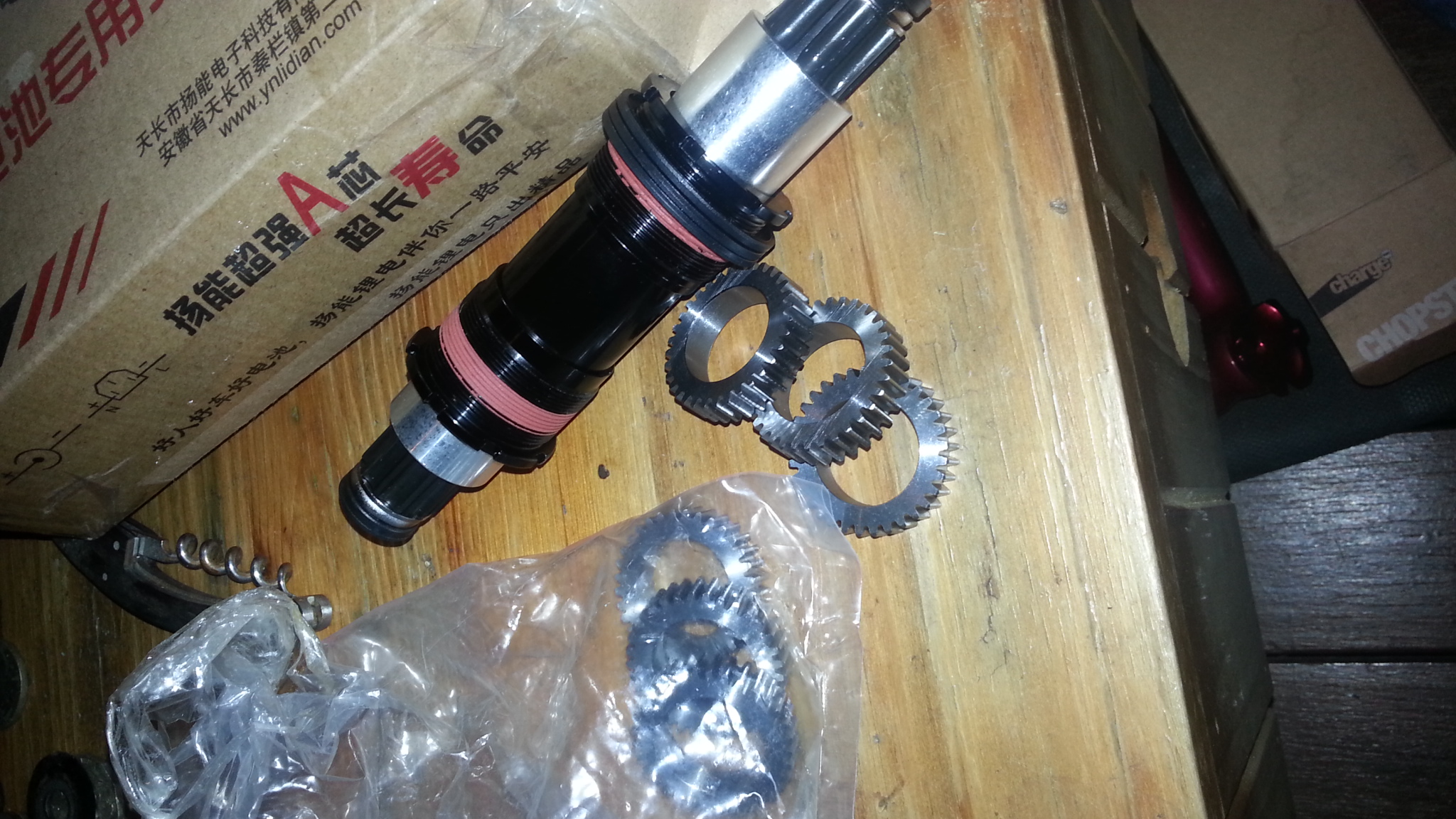 parts have arrived including new planet gears and extra wide bb. I also have all the ally and foam i need need to make the mounting frame. Will be at the space soon to get started

Been a while since I updated here, as usual time for reading but not for doing. I have finalised the mount design and have cut the ally. Due to the torque the mid mounted motor will generate I’ve decided to mostly mount to the bottom bracket and then make use of the bottle holder mounts for a little extra grab. I should have the mount welded this weekend or early next week. Battery and Jackshaft still to come. 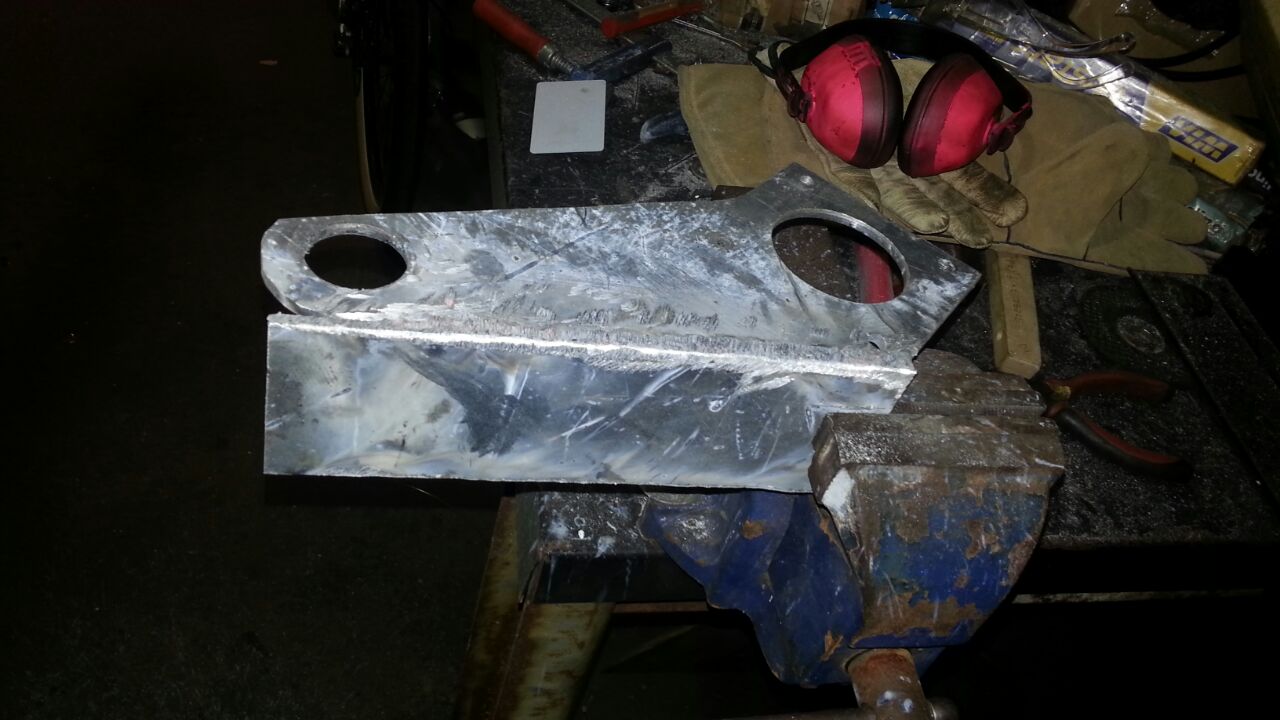 Looks awesome mate! Can’t wait till you’re done so you can do my recumbent

sorry about the hijack, but bean_flickers - what kind of bent do you have. I have been thinking about one.

We can race too! Karl might be upto building his by then.

I have an MR1 by mrrecumbents in Victoria. They are Licenced to produce greenspeed frames in Australia

A couple of updates, went for the first ride last night after temporarily mounting the controller and nursing the battery like a baby. The overall result was great, it works!
Next on the list is tidy up the cables, put the cranks on and go for some longer test rides. 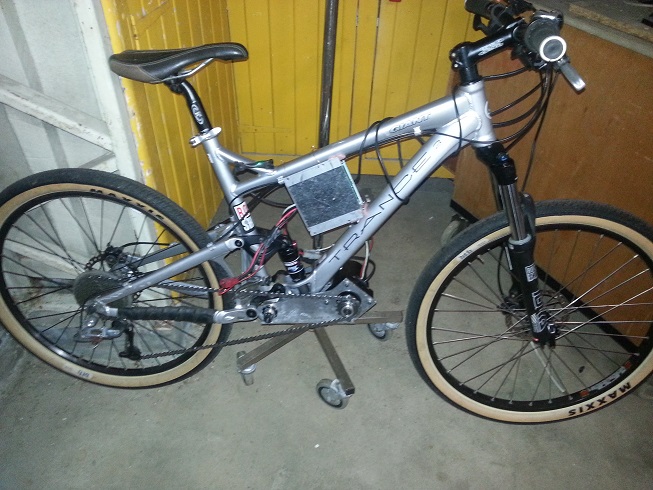 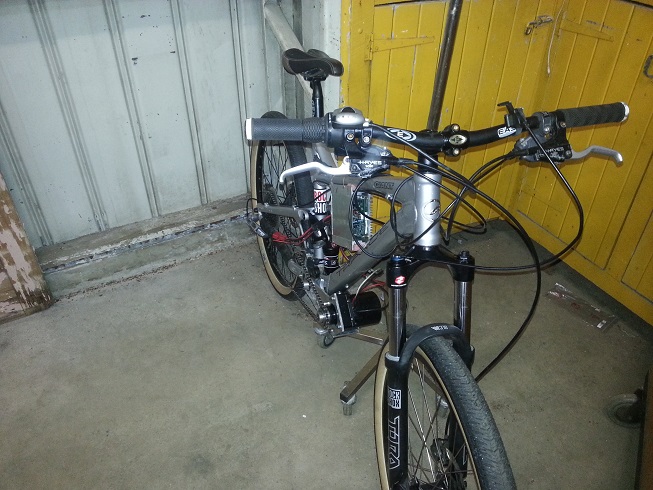 I was lucky and got to ride the thing. It’s AWESOME!
Very well done @BraisedBunya!

Another update, speed tested the bike to 54km/h last week at HSBNE, that puts output at around 1200W-1500W. Soon I will be installing the proper cranks so the bike can also be pedaled. Then I can do some extended testing.

Freewheeling cranks to combine the output from pedals and the motor independently, I will have plenty of time over the coming weeks to put this bike through its paces… 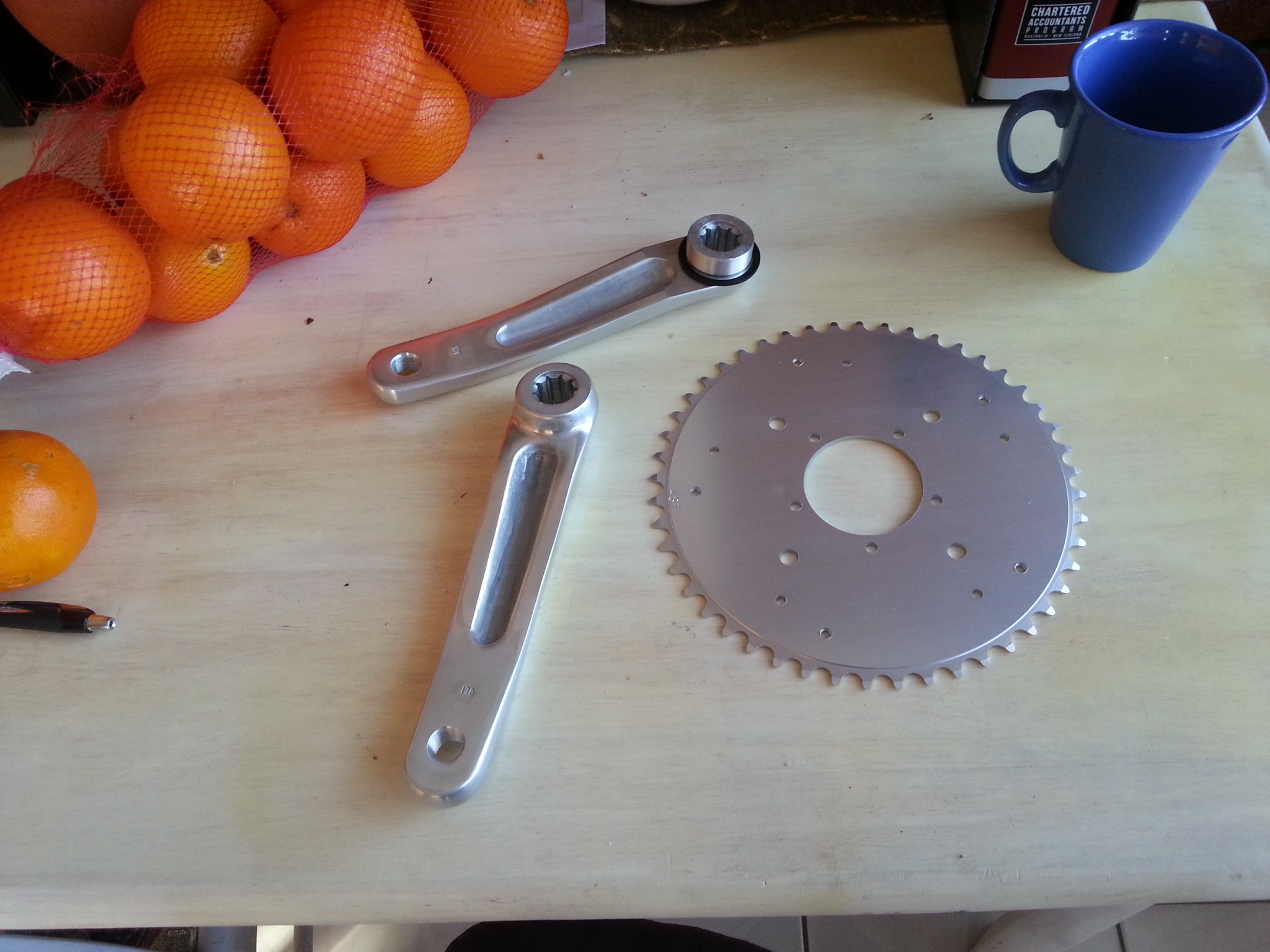