Mini PCI-E Arduino. Should it exist?

I had a thought today that an Arduino internalized in a computer could be very interesting. For Desktops it’s easy with internal USB headers.

For a laptop I thought that making an Arduino-compatible board in the form factor of a mini PCI-E card (like the wifi and bluetooth cards in a computer) would provide an easy mounting location and USB interface (it’s part of the mini PCI-E pinout).

I want to make one because it’d be cool to have an Arduino built into the computer, but what projects can you think of to use it for?

You need to keep an eye on the news page, this already is in development: 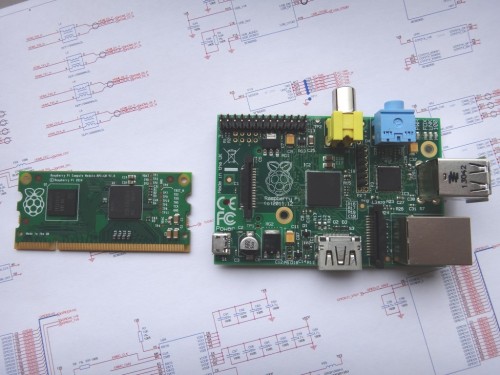 As regular readers will know, it’s been a busy time here at Pi Towers recently with the launch of our new website, free educational materials and £1m education fund. On the engineering side of things we’ve also been very busy over the past year, and...

That’s MiniPCI not MiniPCIe, and doesn’t actually work if plugged into a MiniPCI slot.

What Blufires is suggesting is making an arduino that can plug into a MiniPCIe slot inside a laptop or other device.

I think it’s a cool idea, but very niche, what would you do to get IO out from inside a laptop?

Why not use one of the internal USB headers on the motherboard?

Because they don’t exist in laptops

I wasn’t thinking of it being connected to the MiniPCIe slot to prevent putting holes in the laptop casing so much as to prevent having to solder to the board and disable an external usb socket. Usually the MiniPCIe slot has a separate cover which could have holes drilled to get a cat5 cable out (that’s 8 wires with 6 IOs and 5v/GND).

Possible uses could be:

Actually it’s DDR2 laptop SODIMM interface, not PCI anything. It doesn’t
plug directly into any existing hardware. But I just realised he said
Arduino, not R-Pi…