I’d like to move the drinks machines (and maybe the vending machine) to the Foyer against the wall that is shared with the classroom. I’m also planing to hang the big notice board I brought in on the wall next to the front door. The reason for moving both the vending machines is to make them more accessible to everyone, including people coming for classes. Also, the warehouse one doesn’t get enough traffic, even though I know some of us really appreciate the range of flavors. I think we will make more sales and be able to refill them less often if they are both being utilised. The re-branding of them will be happening, so it will be cool to have them highly visible.

I’m not responsible for stocking the drinks machine right now, but just so everyone knows… I know some people have really appreciated having a second drinks vending machine over in the warehouse, but the fact is that it just doesn’t get many sales. Even popular flavours that disappear quickly in the green room go very slowly in there. Over the past year, this machine barely made enough money to cover its own electricity use - while the other one in the green room is used so much that you can’t go two weeks between stocking it without a line running empty. Having two machines in the main building will ease the burden for whoever stocks the machines so the job will only need doing once a fortnight, not every single week.

I think having both drinks machines in the main building is a good idea.

It took a lot of effort, but the vending machines are now in the lobby! (and we might have damaged one of the Ethernet cables in the process - really sorry @nogthree, we tried hard to avoid it but they’re really bulky, heavy machines! Check its integrity before you use it!) 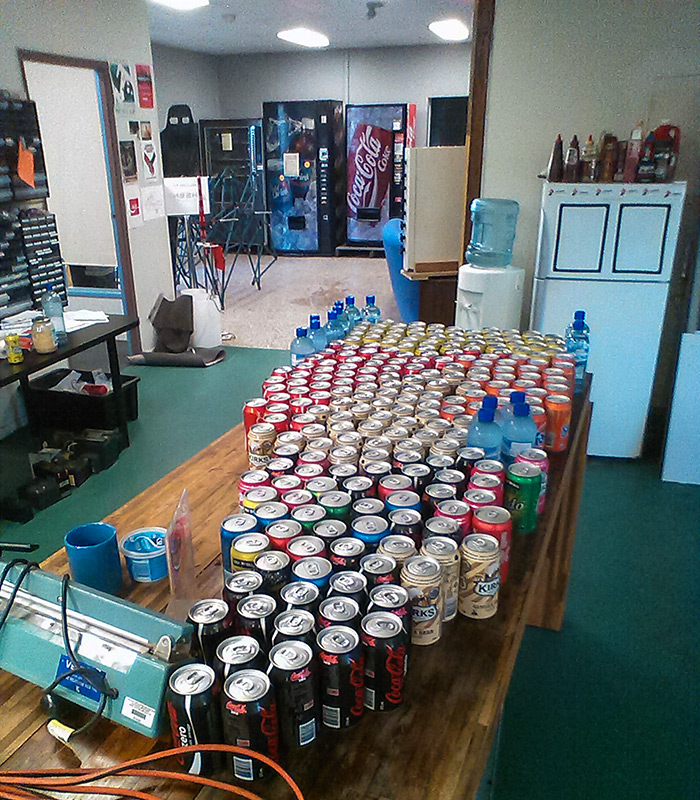 One of the machines emptied of cans while being moved. It’s a good thing that the machine wasn’t completely loaded on all lines! 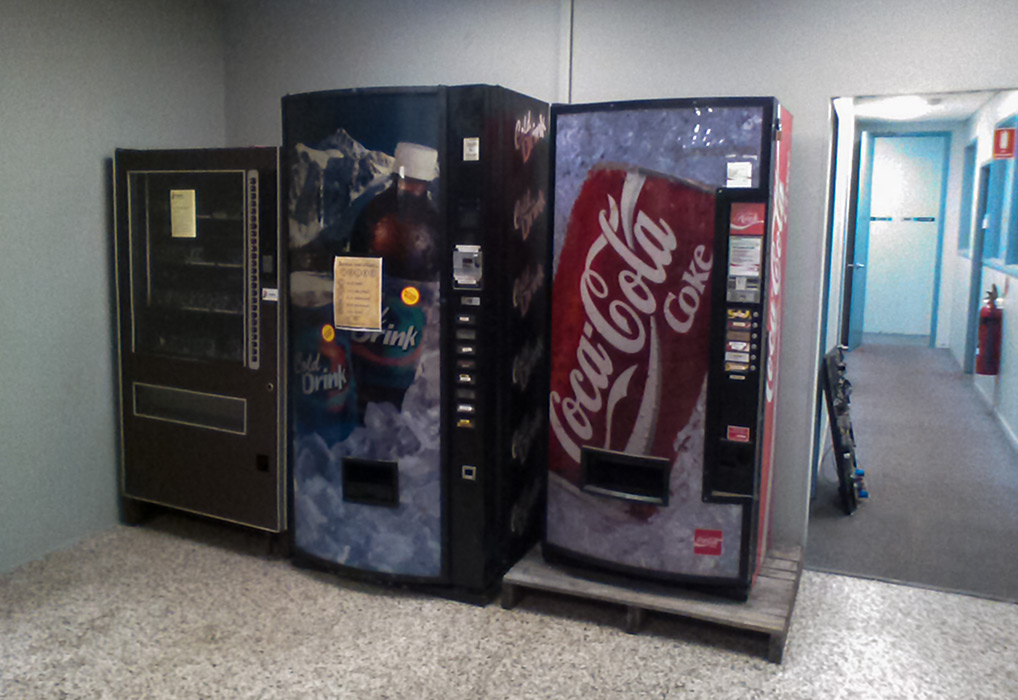 The new vending machine location in the lobby. Yay, change!

For what it’s worth, in just the time that passed on a Saturday afternoon since the machine was placed in the lobby, it had more sales than it would normally get from a whole week in the warehouse. Having these two side-by-side will greatly ease the burden of whomever is now responsible for them. I loaded them up today with what we had on hand, but don’t count on me doing that regularly, nor on me buying additional stock. This cookie is unlicked by me! Apparently managing the machines isn’t as self-explanatory as I thought it would be so I’ll try to knock together a guide with helpful hints to keeping hackers hydrated; keep an eye on the general drinks machine thread.