Powered on and ticking away in all its blinky glory!

Yet it steadfastly refuses to talk to the space server to get the time. 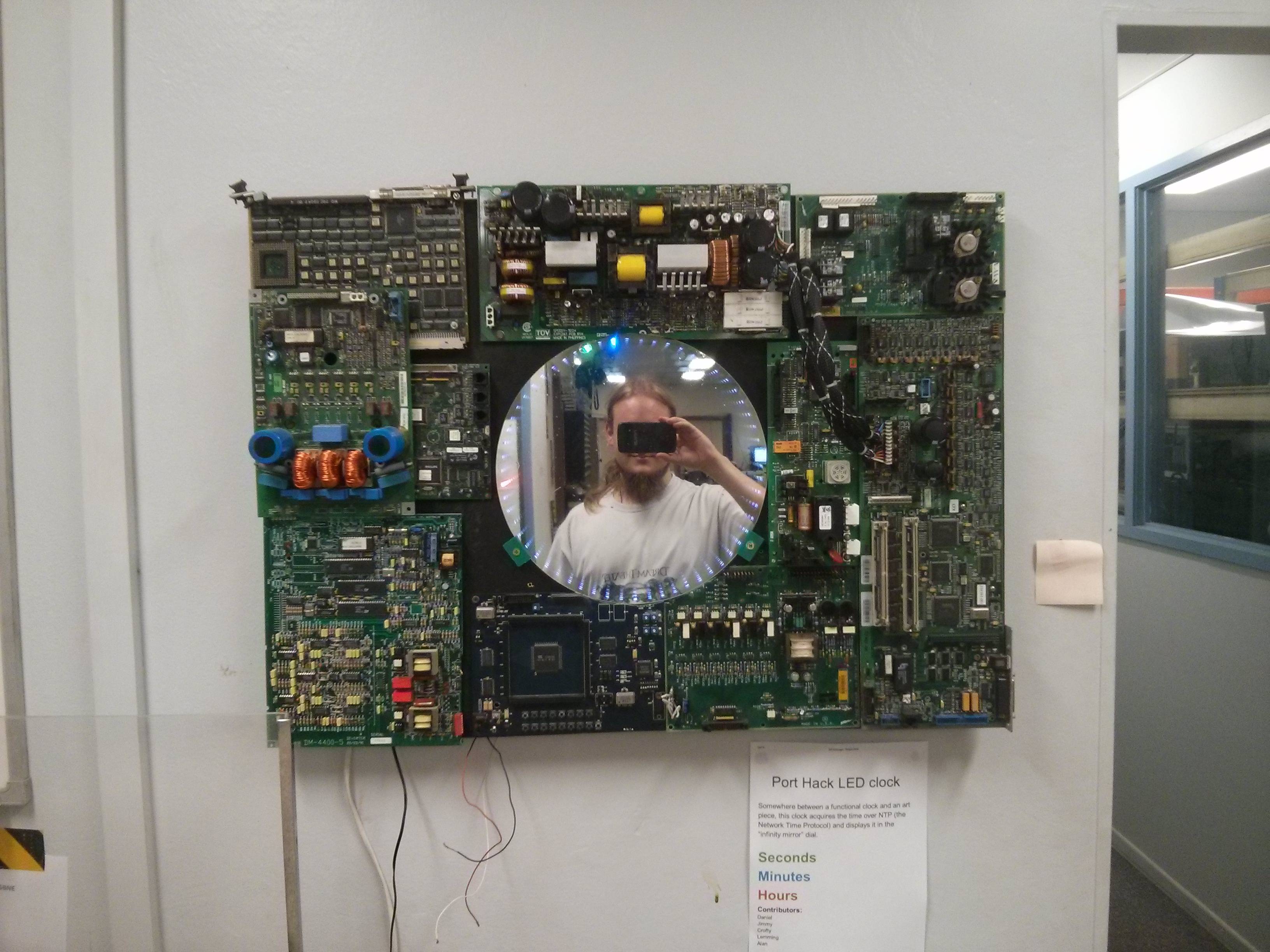 Was talking to someone on why that might be the case…
I also noticed that the clock pauses? potentially doing a time update?

I moved a post to an existing topic: Initial Feedback

It pauses every now and then, but it keeps time. It doesn’t update exactly once per second.

I was considering rewriting the code to simply use an RTC module instead of dealing with the network, since for whatever reason it doesn’t get a response from the space server’s NTP daemon (despite it working fine from my laptop set to the same IP address and wired directly to the EtherTen.