Most of you don’t know me, so: “hello, I’m Amy”. I’ve been around hackerspace a bit over the past few months as part of the crew for the Wonky Queenslander (I guess that makes me a Wonkster?) and I’m helping to organise the fundraiser party coming up in June. I’m in the process of becoming a member, as is my partner Shane, who was at last week’s meeting.
Shane and I are responsible for the design and build of the Effigy at Modifyre (Queensland’s very own Burning Man regional festival, happening in July near Springbrook). We are hoping to do the main build at hackerspace, and we wanted to put it up on the forum to see how everyone feels about it. Have a read about the project below, and let me know if there are any objections.

So firstly, what is this thing we’re building?
Well, it’s a 4m tall timber and woven-string butterfly-insect thing, inside a 4m tall timber and woven string cocoon. On the first night of the festival, we’re burning away the cocoon, and when it falls the butterfly’s wings burst open. And then on the last night we burn the butterfly too… it will be glorious. I’ve attached some of our early sketches below. 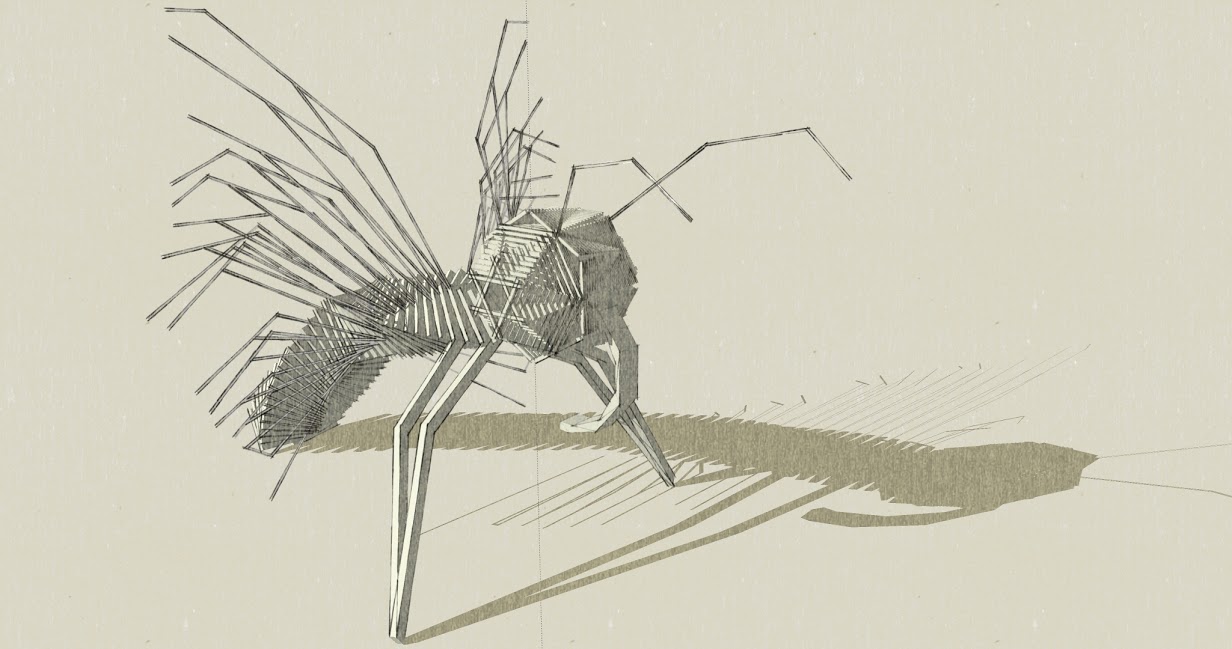 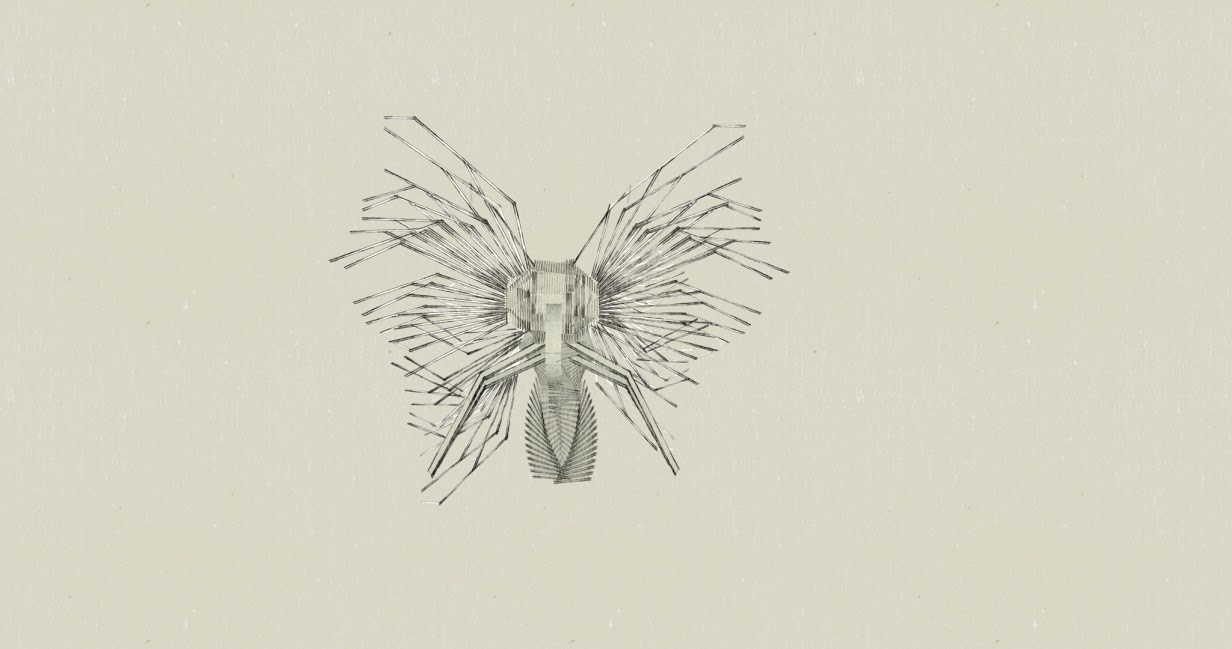 And what about the proposed build?
Well, we’re aiming to have two big build weekends – the Queen’s birthday weekend (6,7,8 June) and the following weekend (13 & 14), with some evenings in between. We’d mostly be using the big outdoor undercover space, it’s mostly woodwork. We’d be leaving the thing set up (but out of the way) while we build.

Wanna be involved?
If you’re excited about the project and want to be a part of it let us know! The project can only get more exciting the more input we get! There’s already a few of you who’re jumping on board with awesome ideas.

If you’re interested…
Here are some photos of other works Shane and I have built over the past few years. We’ve built structures at Burning Man (Nevada), Blazing Swan (WA), Microburn (Wales), and Preconception (Queensland), and as I mentioned, we helped with the design and build of the Wonky Queenslander. 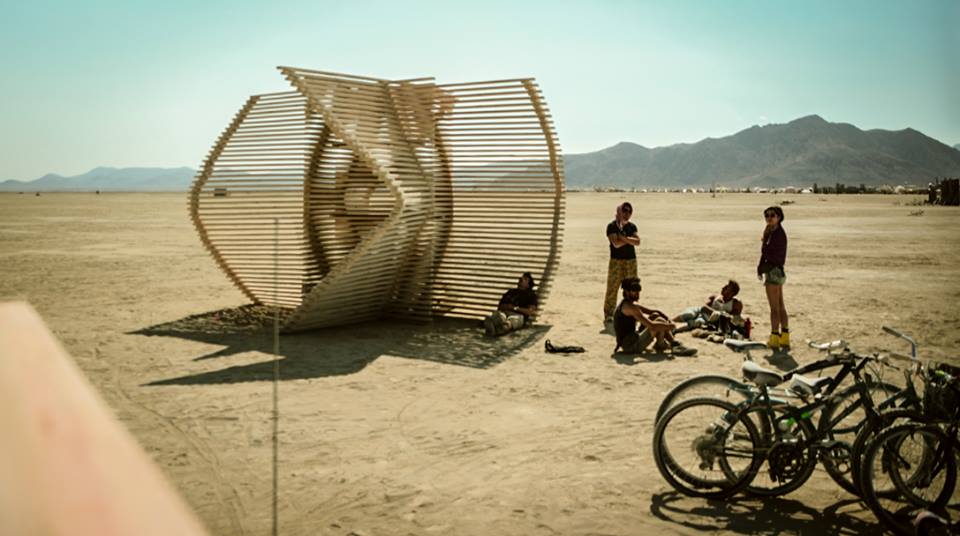 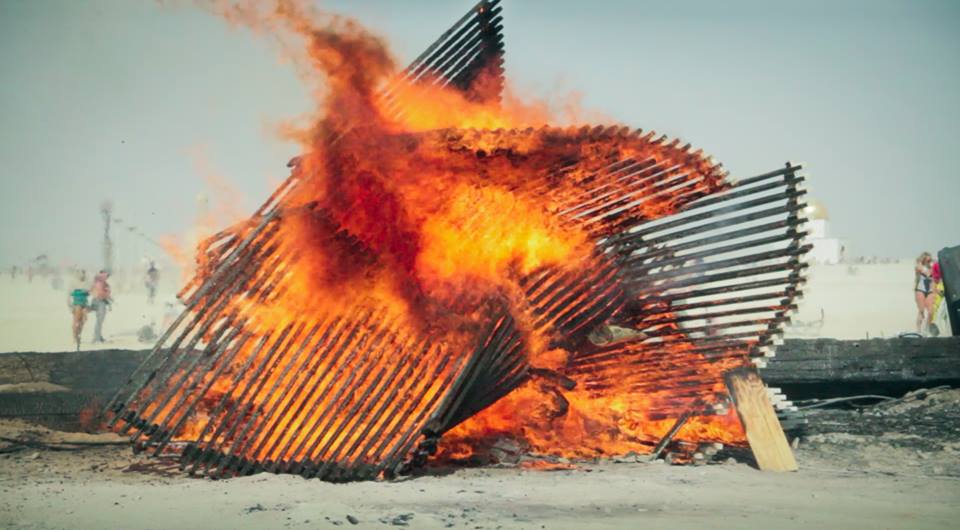 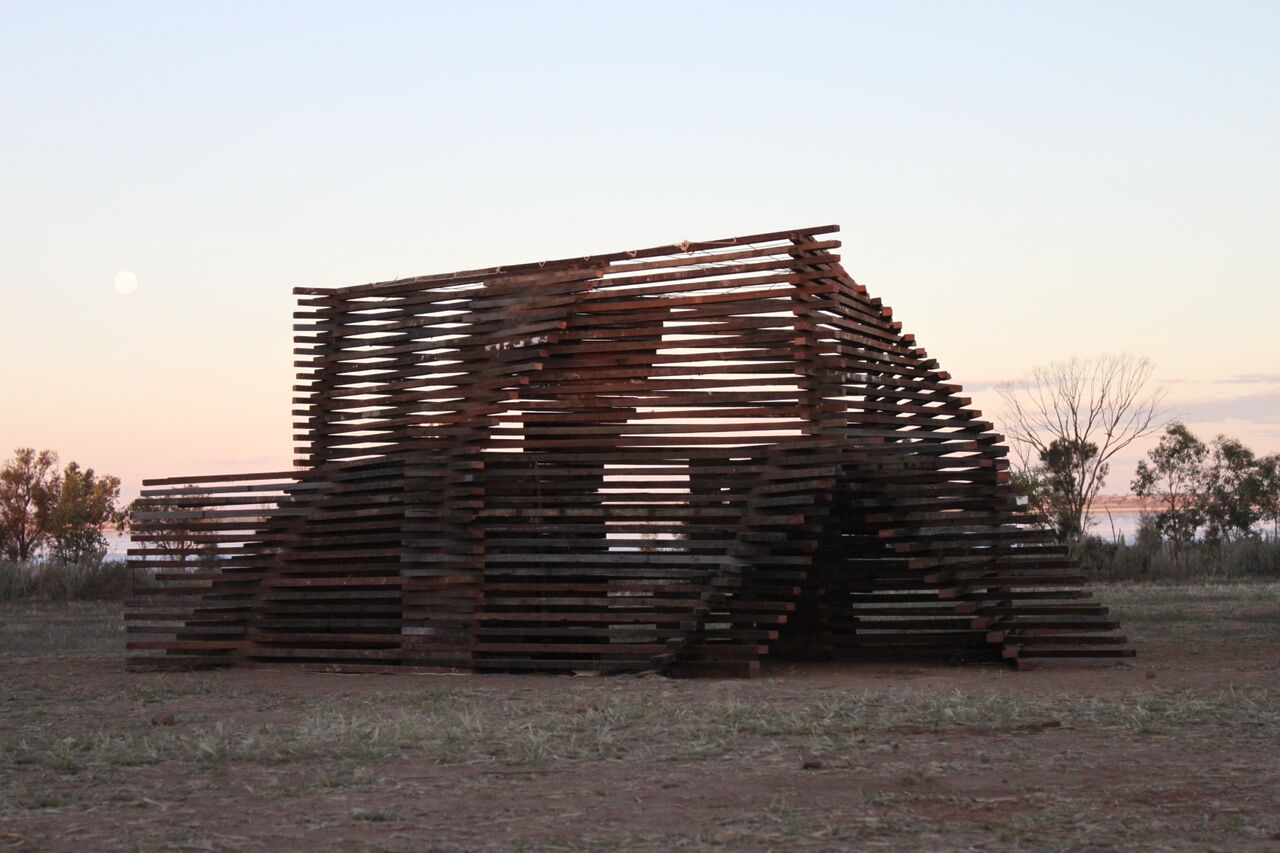 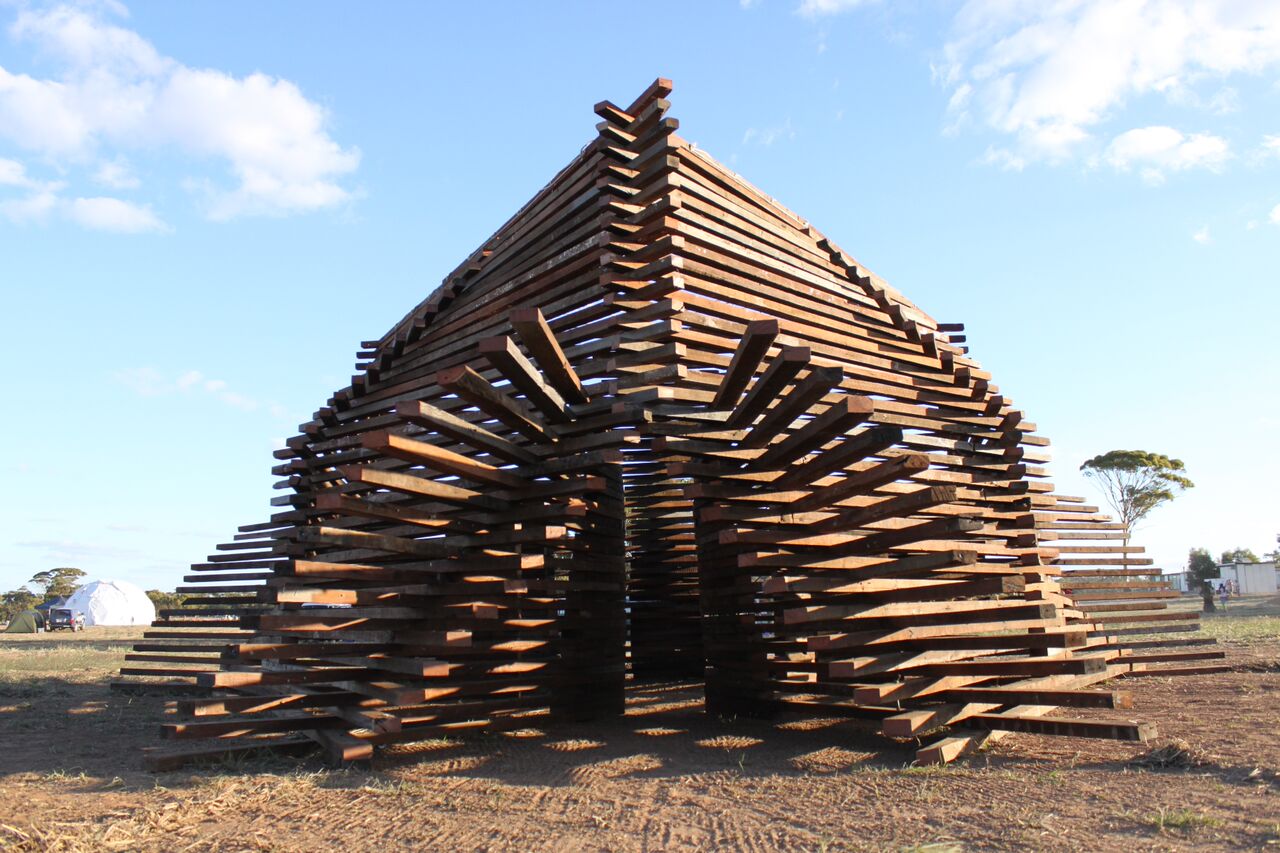 Have you thought about using bamboo? It’s much more environmentally friendly, build taller structers and plus its BAMboo.

I fail to see how bamboo is more environmentally friendly than untreated pine, which while it may grow more slowly, is still a farmed timber that requires no additional fertilizers or pesticides to grow. That aside there is going to be a lot more energy in wood than bamboo, so that means bigger flames or longer burns. It should even be easier to work with thanks to its far more uniform density than bamboo.

Thanks for you comments. We did think about using bamboo for the wings, but decided on using thin timber framing because we are working towards a hinged, fold-able structure (which will automatically pop-open), and didn’t think we could achieve the required hinged joints as easily with bamboo. The reason we are using pallets for the body is that we have as many pallets as we need available to us for free, thanks to a generous donation. We have designed the effigy around the materials we had available to us.

However, we will be using bamboo for other site infrastructure at Modifyre. Jace if you have bamboo expertise and interest in being involved you’re welcome to get involved with the site-build team for Modifyre. No worries if not, just throught I’d offer.

Thanks for your input.