I had a PS3 controller with a dead battery. It still worked when plugged in, but when you removed the cable the controller lasted barely 5 minutes before it went flat. Rather than pay for a brand new controller, I thought I’d try just swapping the battery. First step - opening the controller to see what’s inside!

We can rebuild it. We have the technology!

This is a third-party controller with a different PCB to the official Sony ones, but it turns out it uses the same style battery. They both use a 3.7V 430mA Lithium-Ion battery with a handy-dandy connector. Nothing hard-soldered here! A quick look on eBay and I found plenty of drop-in replacements available, but I decided to go with something a little… bigger. 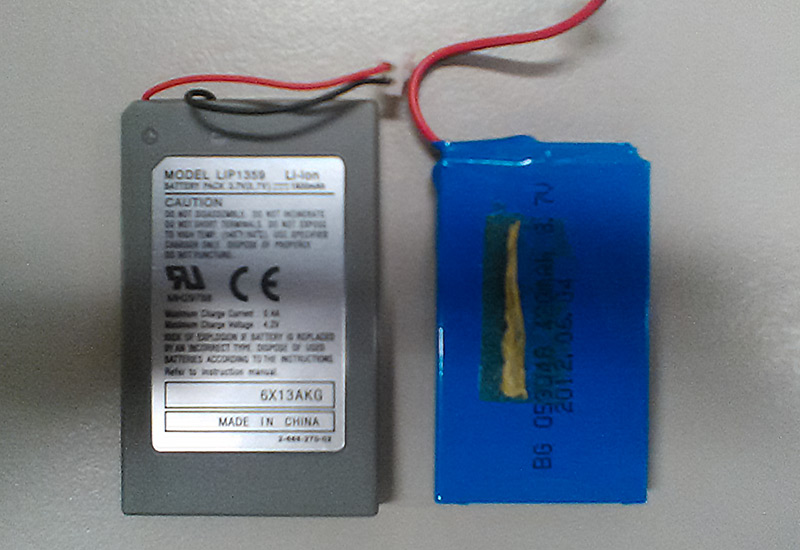 Old & busted on the right, new hotness on the left

$4 and a few weeks later I had a new battery - except this one is 1800mA vs the stock 430mA. Four times the capacity should get me somewhere! It’s slightly larger in all dimensions but there’s more than enough space to make it fit. 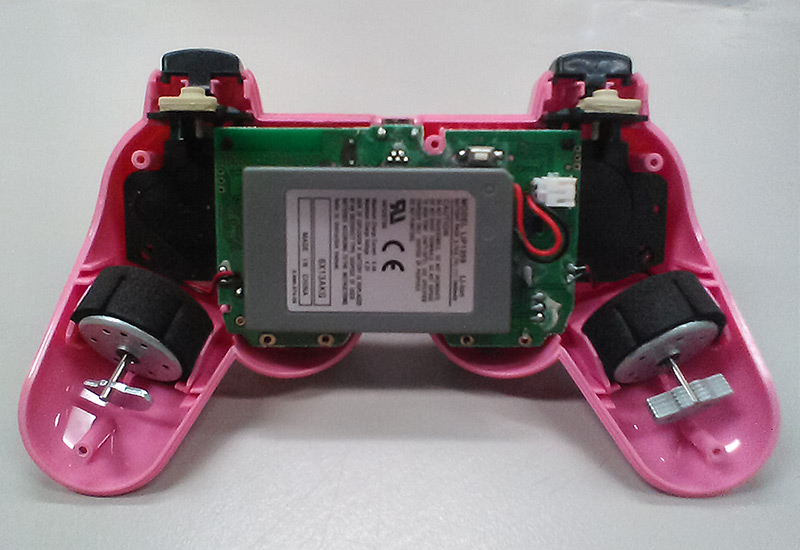 And no one’s the wiser…

The controller is now slightly heavier but not by much - if you didn’t feel the controller immediately beforehand you wouldn’t notice anything. With my usage, I tend to average about a week between charges on my other controllers (which are all official Sony ones), but now this controller gets around 3 weeks between charges… So this is now the longest-lasting controller of the bunch. 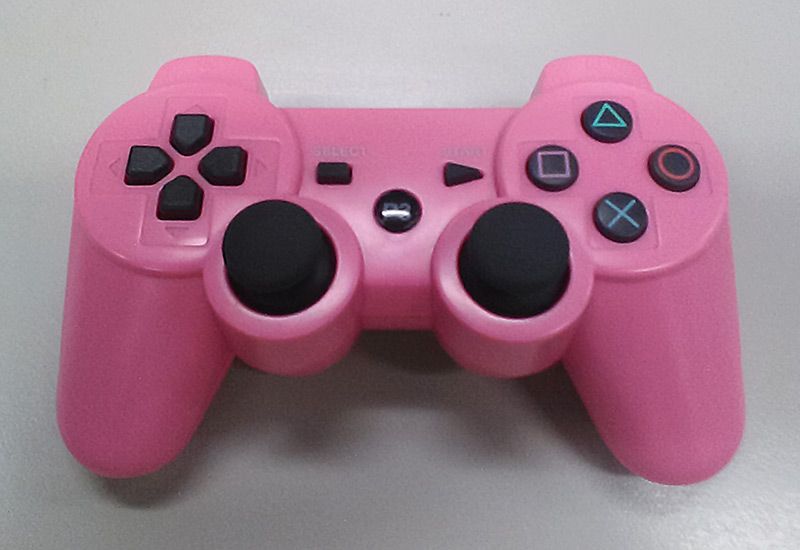 All repaired! And yes I’m manly enough to use Pink.