Having been stunted in the metalshop today, I felt it is appropriate to put the rail road track anvil, that I am currently working on as a large project. Therefore somewhat long term

It will be loaned to the forge semi permanently once assembled. Firstly I need the powers to cut metal! Death stairs didn’t work… neither did holding the cable of the angle grinder on the correct angle that the angle grinder would power up…

So until we have something that will cut rail road track in a variety of different ways the project is kinda stunted and living in a box under the welding table. There is still grinding to do on the horn. So I will have a go of that tomorrow. 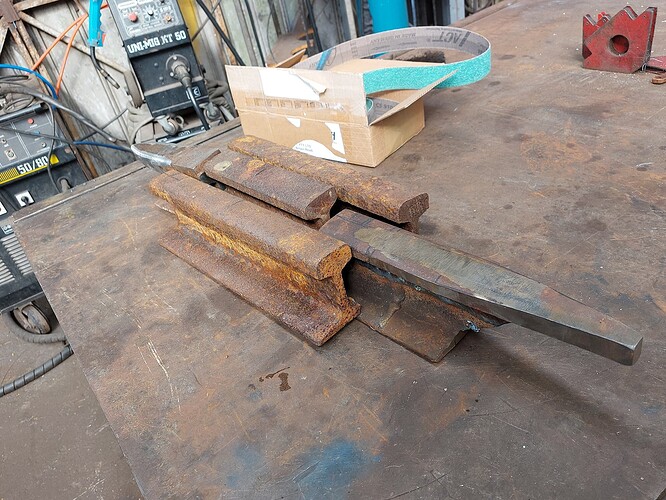 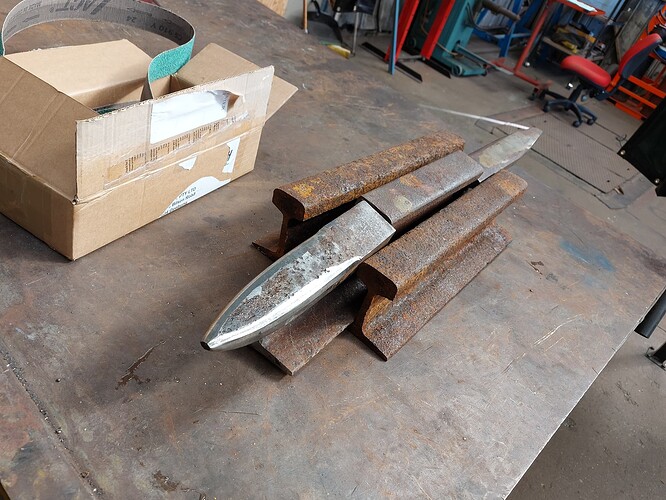 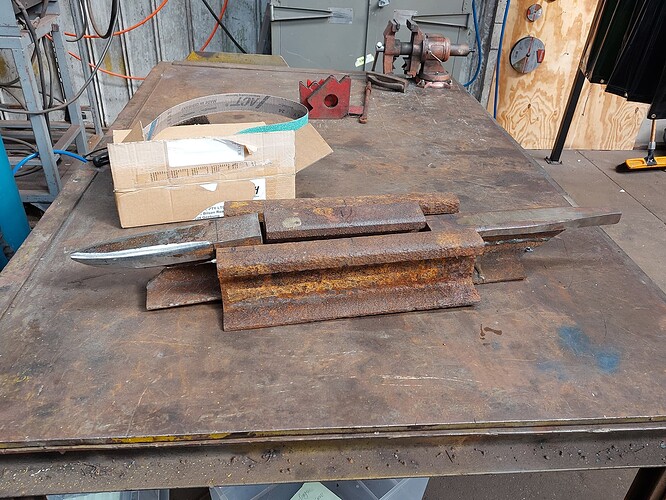 The rail road track anvil is comming along well. Depending how quickly the grinding goes to shape the horn and the square horn (what ever its called), it could be ready for welding together tomorrow.

Once all the parts have been assembled, the top will be prepaired by machining it flat, which will make it ready to recieve a 20mm top plate which will be welded on.

Then I have to make it legs! Hopefuly I can repurpose some wood on site.

Once all the parts have been assembled, the top will be prepaired by machining it flat, which will make it ready to recieve a 20mm top plate which will be welded on.

you’re probably better off with a deep chamfer instead of a flat face, otherwise your welds won’t penetrate to the centre. by leaving a un-welded gap between the top face and the bottom, it actually dampens the force you impart while hammering.

I’m not following you. The surface of the anvil will be about 17.5cm by 45cm. So there won’t be any welds penetrating to the center.

Can you explain what you mean a bit more?

There is still a shit tone of grinding on the round horn to make it more versatile, same for the square horn (what ever the hell it’s called). So depending on the grunt of the shop belts it may take a week or so. I have just ordered some 24 grit belt (rough as fuck), to mash through the steel should out shop belts be too worn.

The base of the tracks have been cut to fit against each other. Remember the shape of a rail road track is basically a capital letter “I” shape, except it is wider on the bottom than the top. This had to be rectified so the top of the tracks would meet to make a stable beating surface. It was rectified with a shit load of melting and cutting with the oxygen acetylene torch, our metal shop blow torch.

After is has been assembled @capella_ben has offered his time and assistance to level the whole thing, to provide a machined clean and flat surface to fix the rope plate on. In the mean time the top plate has been acquired, and is sitting ready in the metalshop.

After this the forge will have a new anvil!!! Though it will remain my property. Will just need to make it some legs…

I will take pictures to upload tomorrow 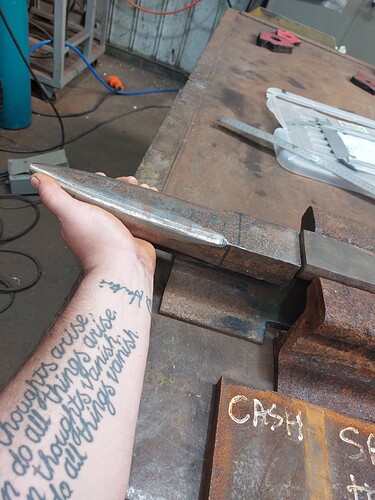 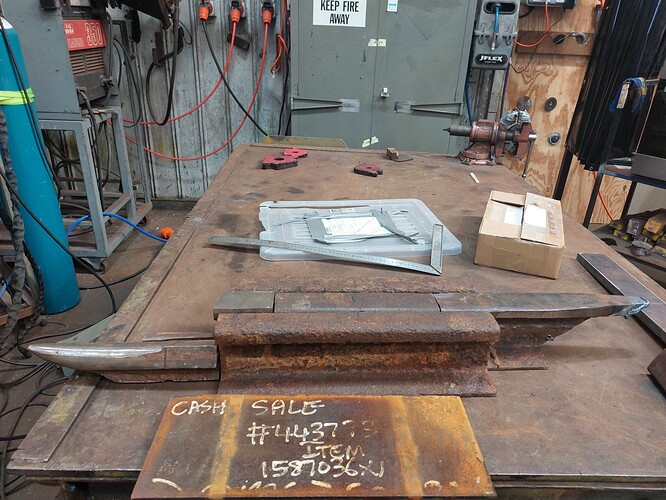 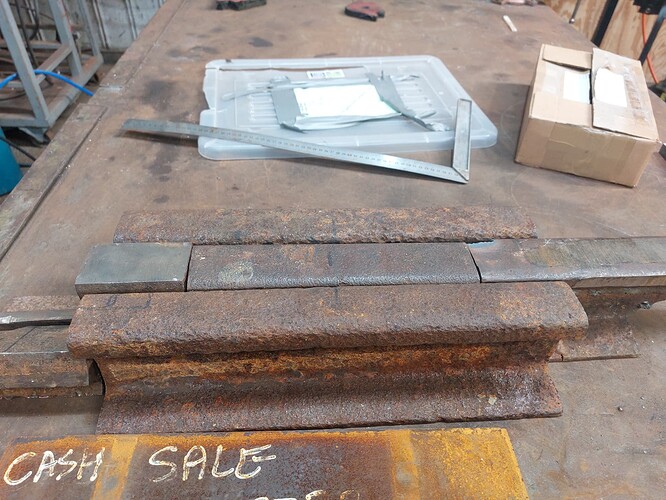 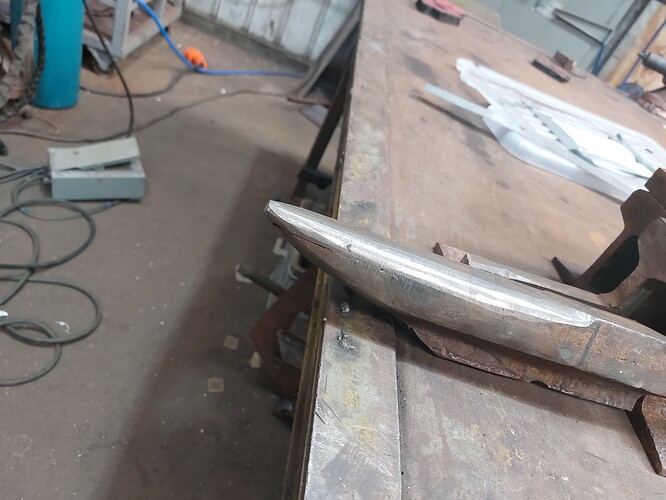 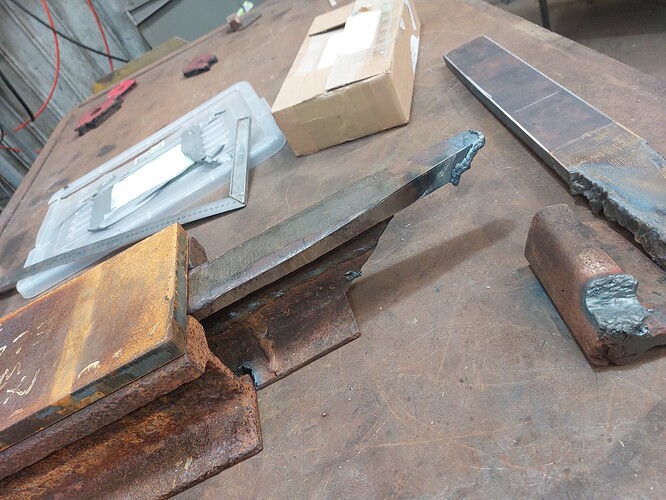 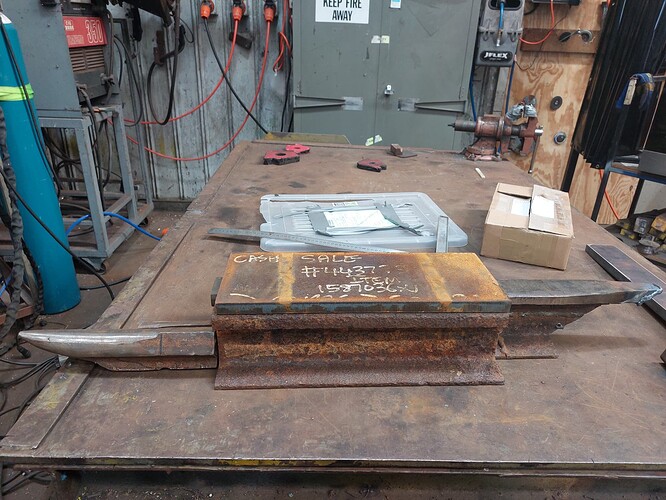 Various pictures of rail road track and slab of something imitating an anvil. So hopefully that gives an approximate view of the aimed out come.