Repairing the pinball machine in the lounge

The Firepower II pinball machine in the lounge has been out of action for a while, and now that I have a bit of free time I decided to get it operational again.

The basic reason it wasn’t working is that the solenoid fuse had blown (2.5A slow blow) in the power supply. Unfortunately, it’s not just a matter of replacing the fuse as fuses usually blow for a reason. The root cause for when this happens is almost always that the CPU has locked up, and the reason for that is generally the horrible connectors that were used in this era of pinball machine.

Bear in mind that pinball machines were never intended to last more than about 5 years, so low spec components were often used. The Firepower II pinball machine was manufactured by Williams in 1983, and as such the connectors and other components are nearly 40 years old and a number of things need to be replaced to make them work reliably.

Here is what the internals of the backbox look like: 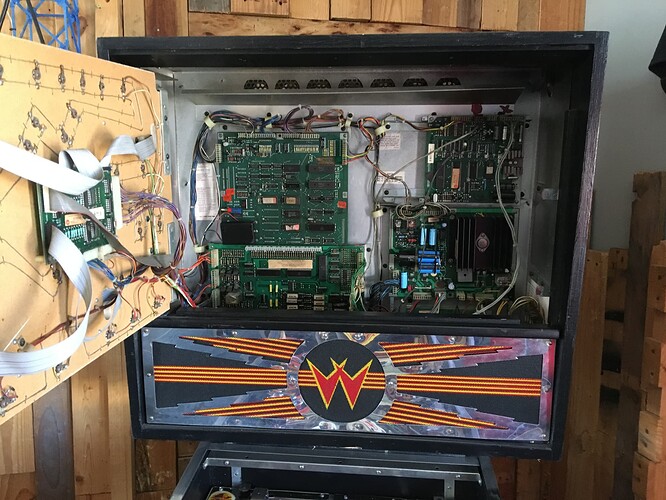 BackboxOpen1920×1440 317 KB
The CPU board is on the top left. This is connected to a driver board which controls all the solenoids and lamps. The inter-connection between the two is via Utilux headers and sockets, which are notoriously unreliable. I had previously replaced the sockets on the driver board, which improved the stability of the electronics a lot, but the headers on the CPU board still needed replacement.

CPU_PreMod1920×2560 374 KB
The above photo shows the CPU board with the old Utiliux headers. Part of the reason that they are unreliable is that the pins are round rather than square, meaning that they only contact the sockets at a single point. 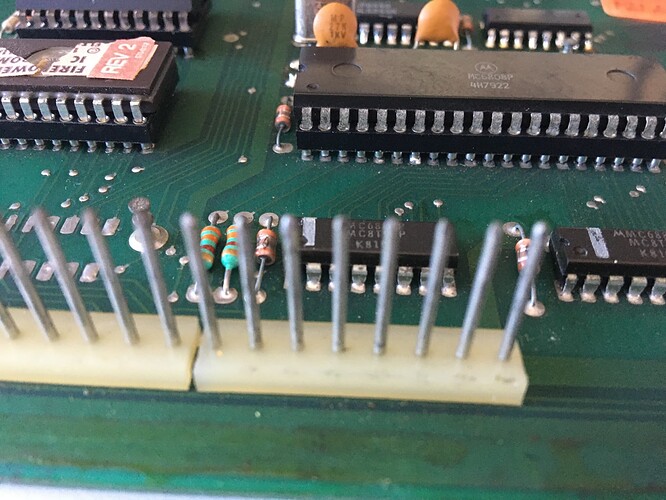 RoundInterconnectPins1920×1440 235 KB
The above photo shows the round pins of the old Utilux headers. 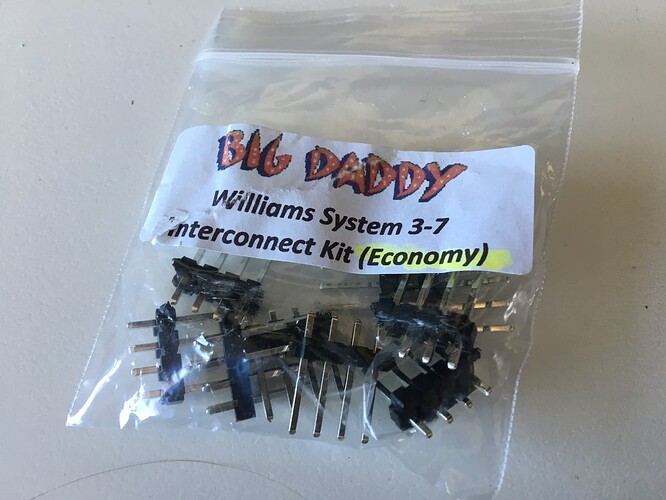 HeaderKit1920×1440 146 KB
I had ordered a header replacement kit and these come with square pins. 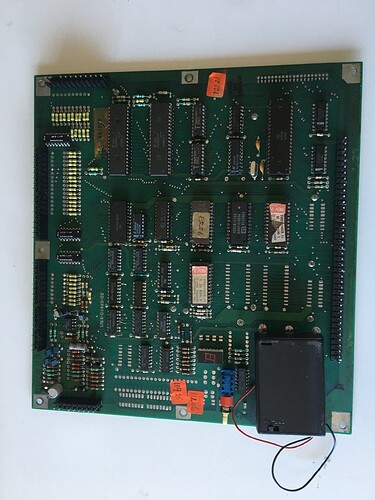 CPU_PostMod1920×2560 366 KB
The above photo shows the CPU board with all the headers replaced.

After performing these mods I played several games on the machine and it seems much more stable, so it should now ready for people to play.

The game is set to freeplay so no coins are required. Plug the pinball in at the wall and then turn it on using the power switch on the underside of the machine towards the front-right (the side where the ball plunger is). Make sure it is powered off when not in use, or if it starts behaving erratically power it off immediately.

There is still some work to be done in replacing the Utilux IDC plugs that connect the wiring harness to the CPU and driver boards. I’ve ordered these and will replace them when they arrive, which should make the machine bulletproof.

The pinball machine was having an issue with the ball getting stuck under the centre plastic. This was due to the plastic being warped from lamp heat (a common issue with these machines): 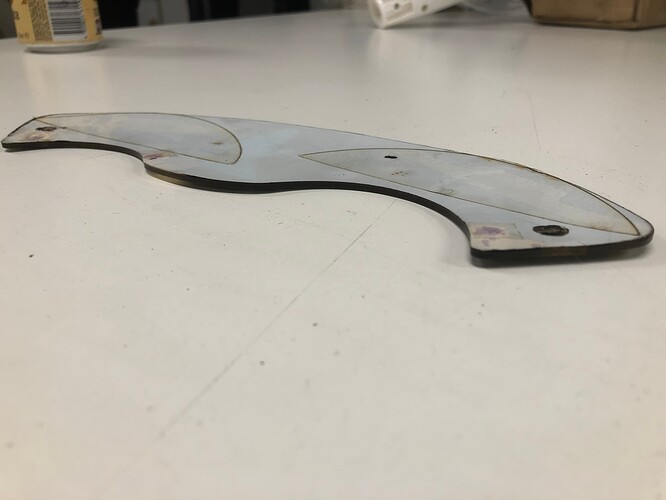 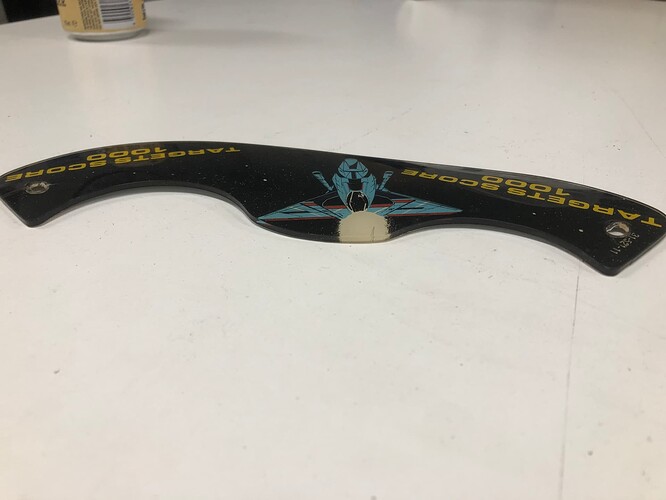 While it is possible to flatten plastics using carefully applied heat I decided that is was safer to raise the plastic using some small rubber spacers applied to the bottom: 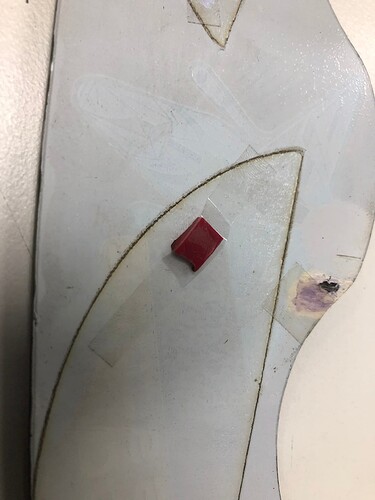 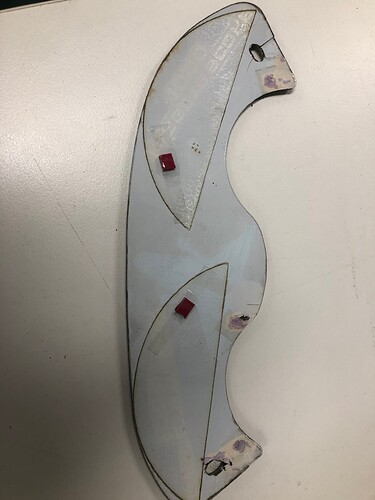 The ball can now pass under the plastic without getting jammed.

One other thing remaining is replacing the IDC connectors on the wiring harness in the backbox to improve the machines reliability. I’ve received the parts to do this now and will aim to have them installed in the next few weeks: 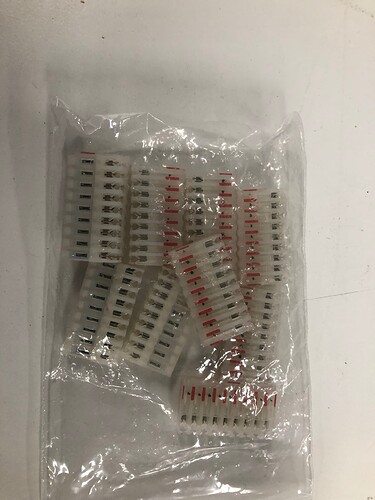