Restoration of my metal footlocker and then?

So I am working towards restoring my Dads Airforce footlocker. 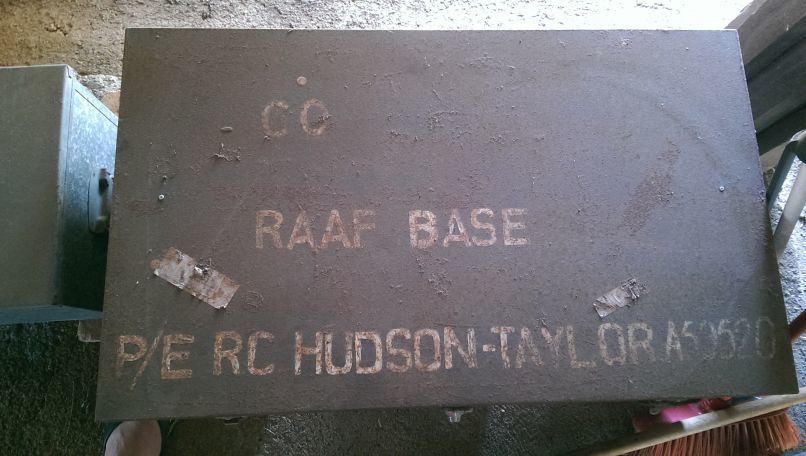 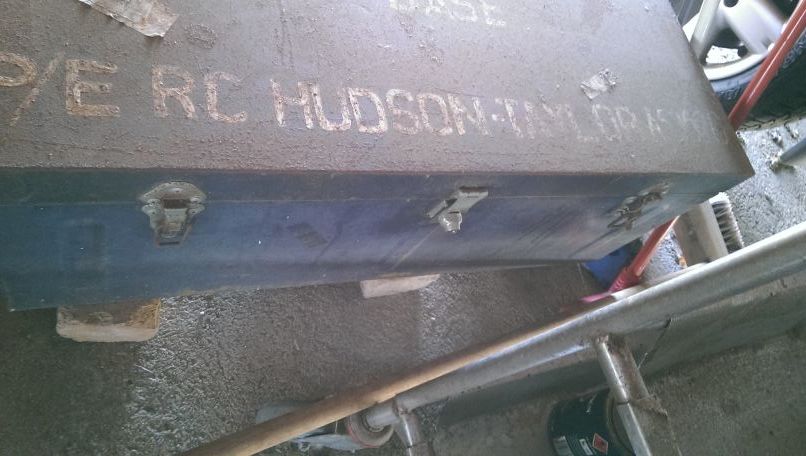 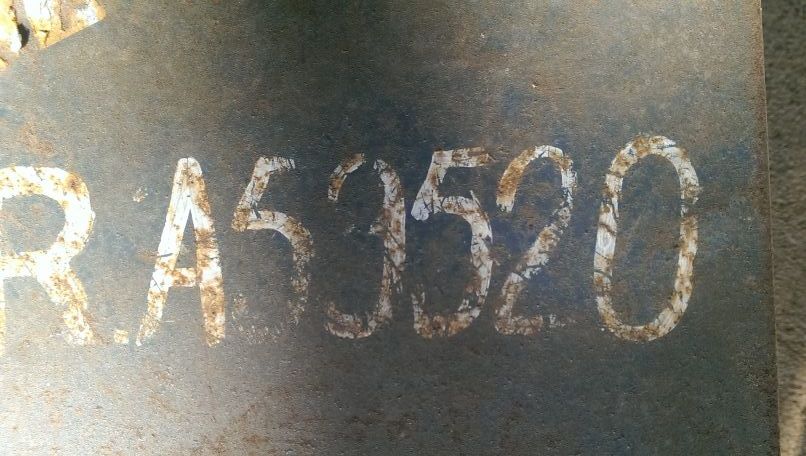 Currently I am cleaning it up, taking it all back to bare metal. 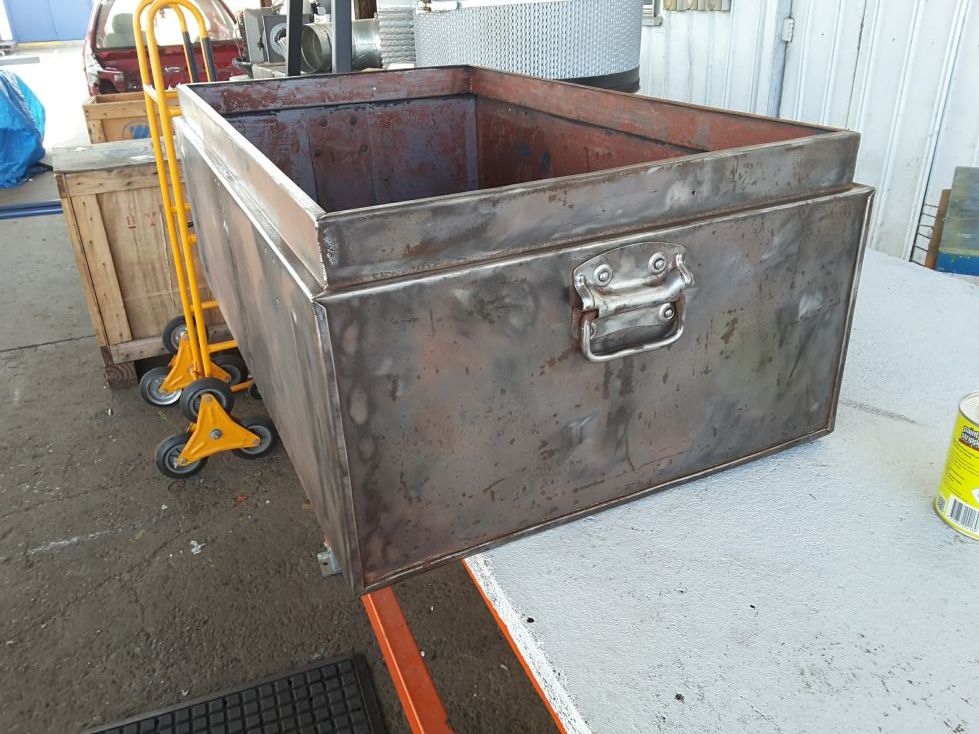 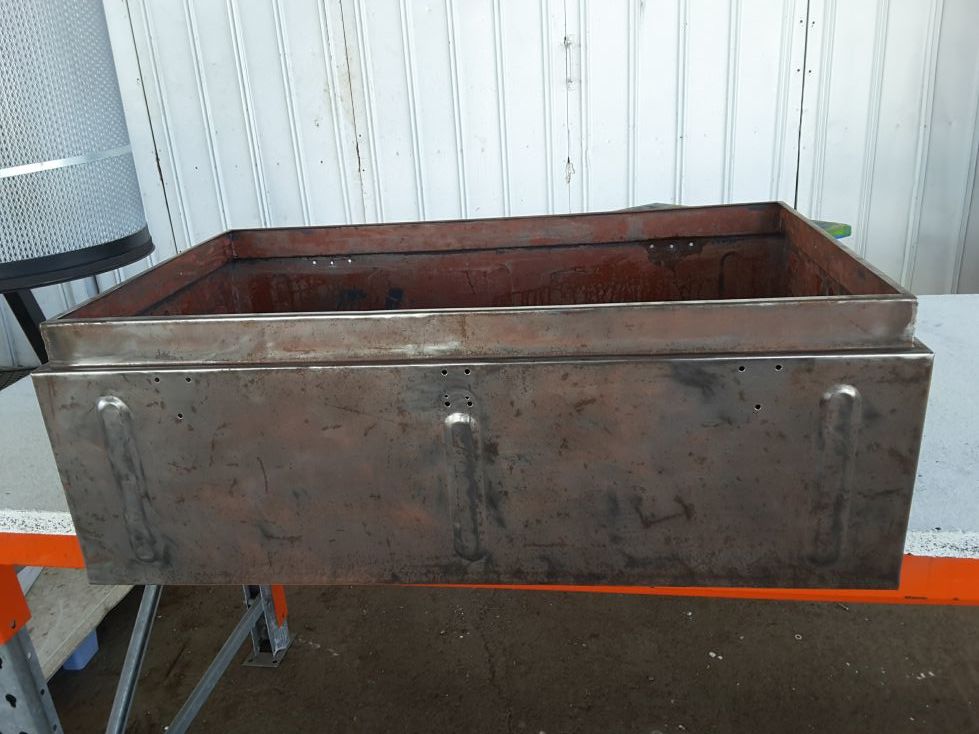 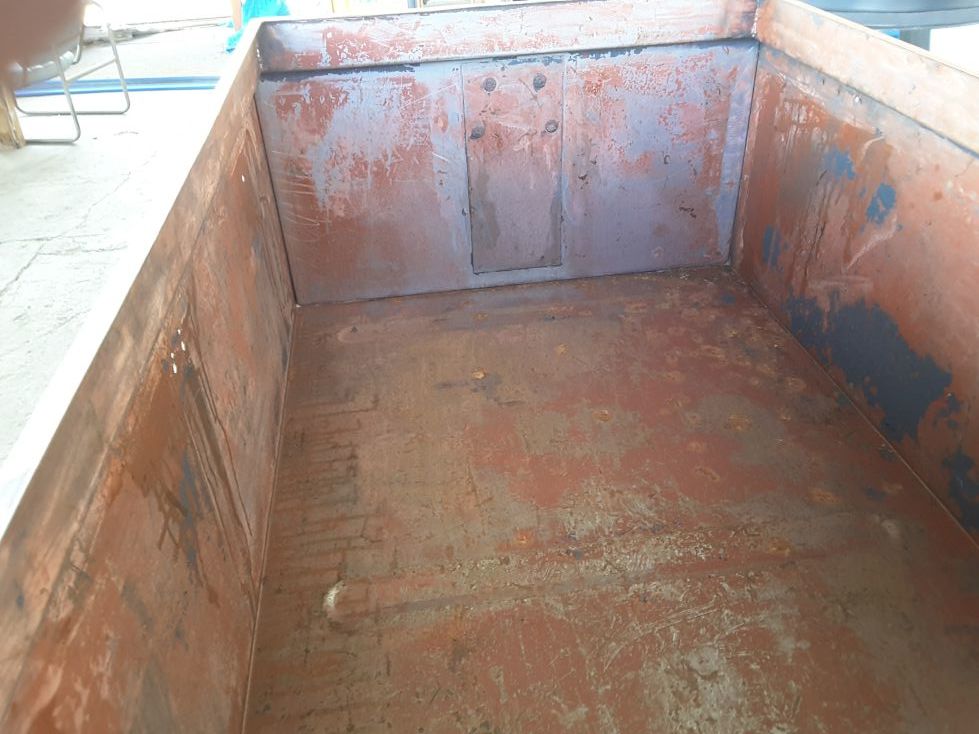 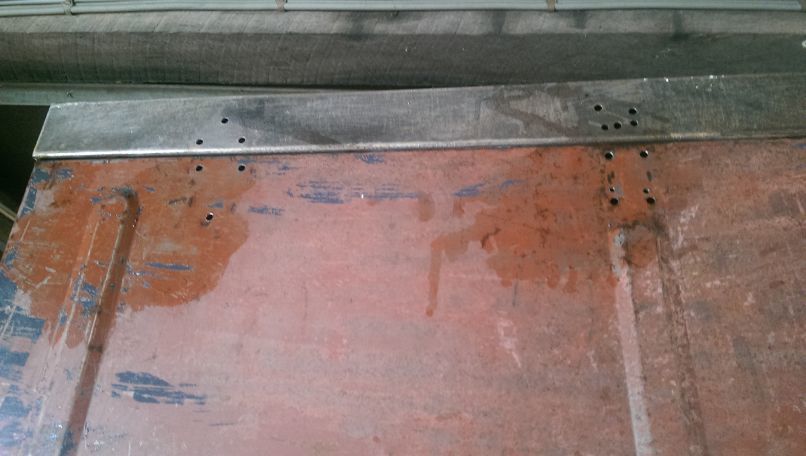 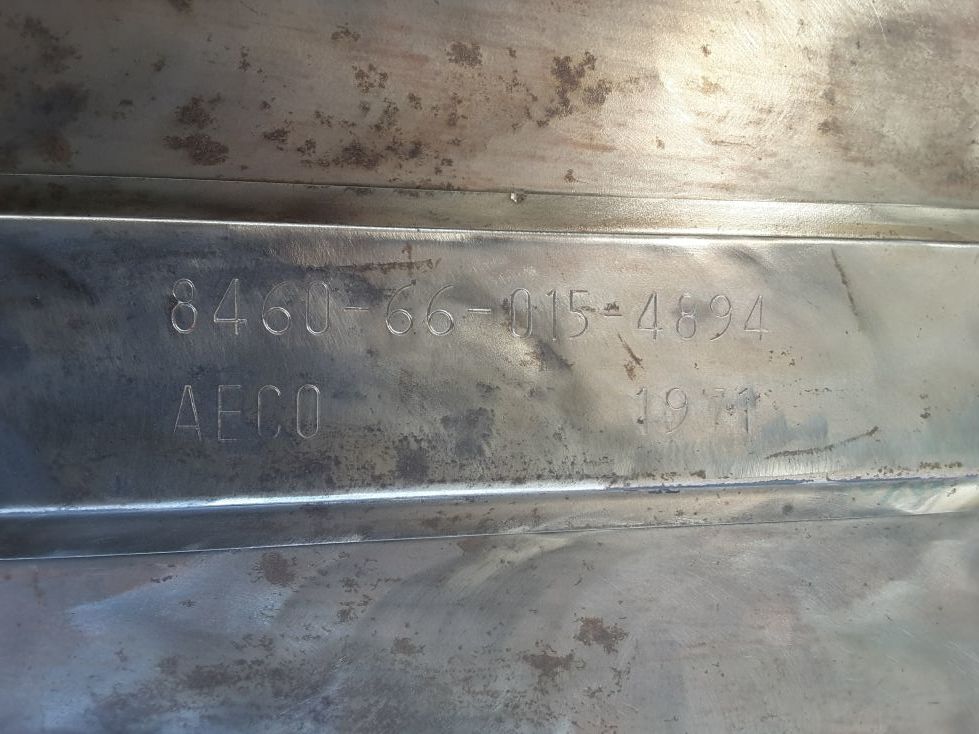 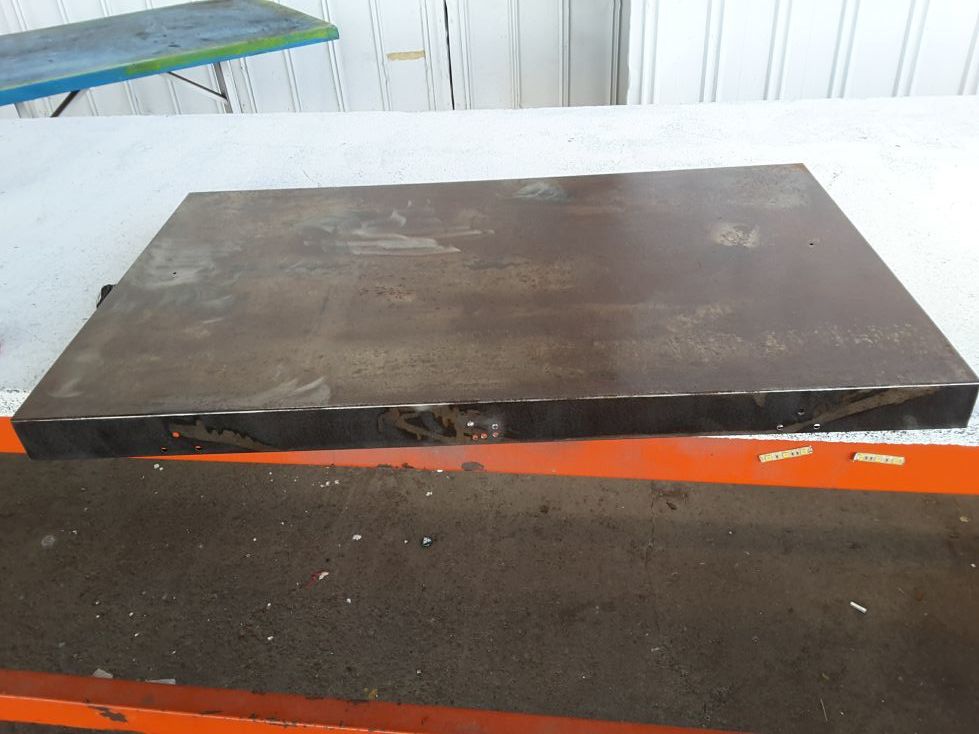 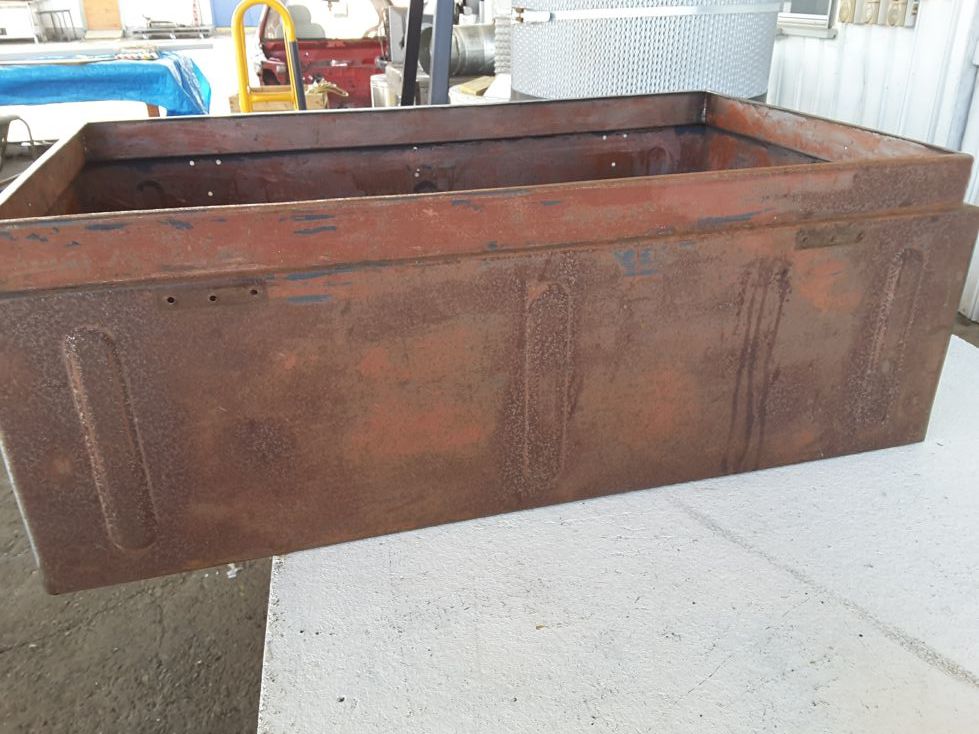 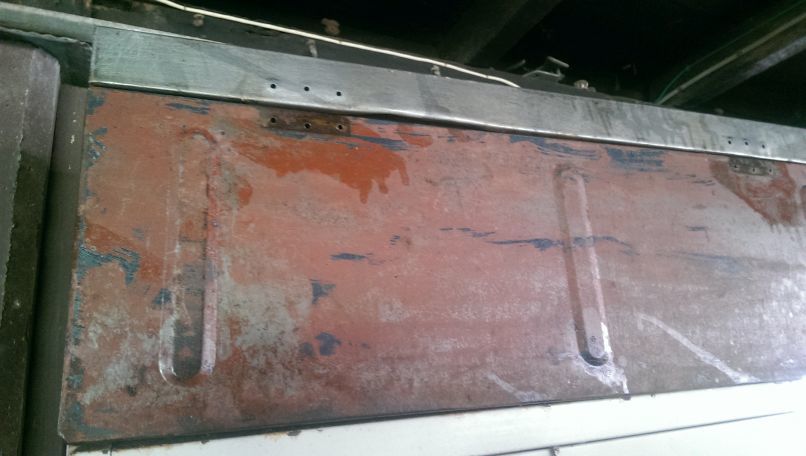 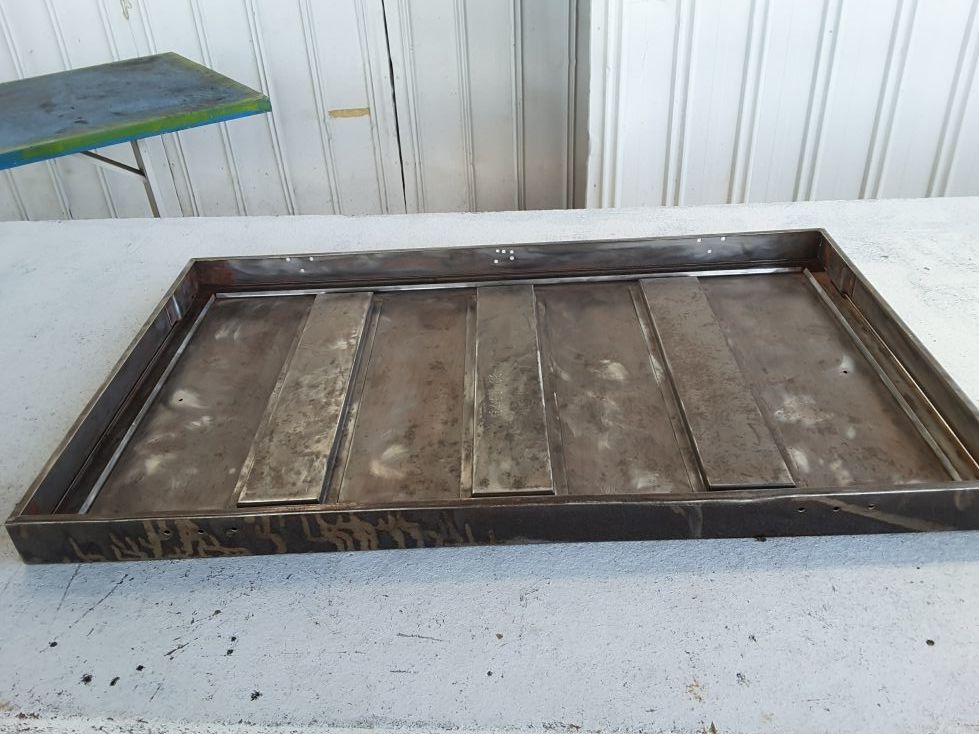 Then I am not sure what to do with it…
I was originally going to just restore it pretty much as it… maybe put some wooden runners underneath, maybe build some inserts. But in my new place i don’t have anywhere to put it… or any use for it.
Then I thought about turning it into a coffee table… even maybe one with a lift top (so you can use it like a normal table)https://cdn.instructables.com/FKB/GK5F/FM2CTHHN/FKBGK5FFM2CTHHN.MEDIUM.jpg. But I have a coffee table… a decent one, so I don’t think I want to do that either.

My latest Idea is to turn it into a computer desk (build the computer in the box)… maybe with a lift up top (so you can use it standing) or maybe with a hidden monitor http://www.smartdesks.com/computer-desk-products/g-text-technology-dfi.jpg.

I want to preserve the look of the lid (mainly for the decals), but I don’t have any requirement to keep it whole. Happy to drill or cut wholes where required.

Anyway I am open to Ideas…

what about a toolbox on wheels…? like adam savage’s…? https://www.wired.com/2012/08/inside-adam-savages-toolbox/

That is cool…
but. I live in an apartment, so not much room to keep something like that (or use it).
Also I am not sure I want to restore it, then have it all dinged up as a tool box.
thanks for the feedback though.

How about a coffee table? A nice, removable timber top, laser engraved with something like the RAAF logo and say your dads service details.

Here are some ideas I am looking at 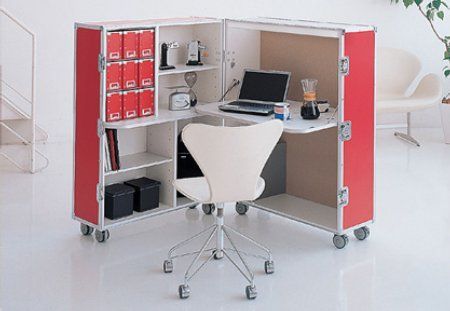 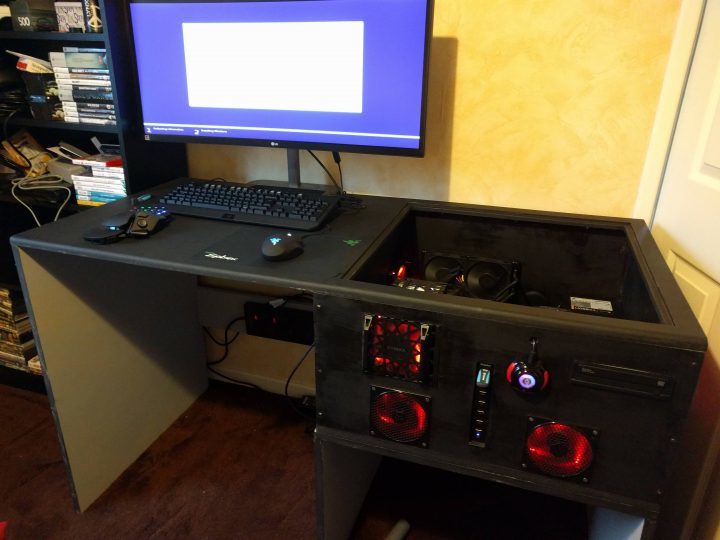 I don’t think this is that useful, but i thought i would put it here anyway 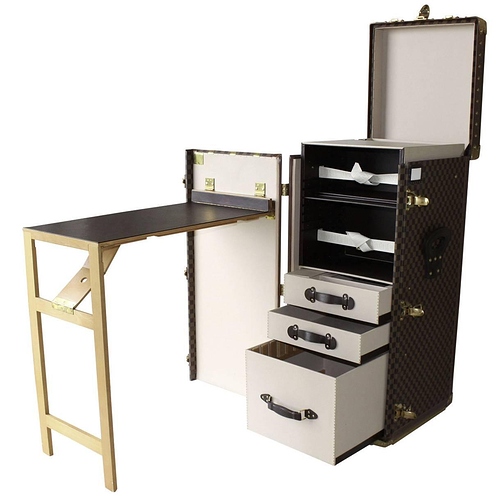 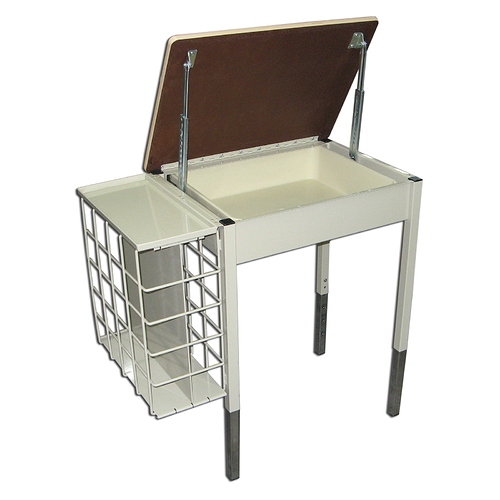 Having a metal top for a desk makes it hard to write anything with a biro, mouse pad will also be required.

My thought was to use it for its original purpose as a footlocker, storing gadgets, camping gear or something else.
Though you said space was a problem.

I kidna think it would be worth more down the road kept whole, its strikes me as a item that gets passed down from generation to generation.

Space is an issue, but I also dont have a current plan to use it.
but I guess i can make a plan.
Also would be a lot easier to restore without trying to modify it in a weird way.
Maybe I should look at making some pullout/liftout sections from wood.
maybe like this 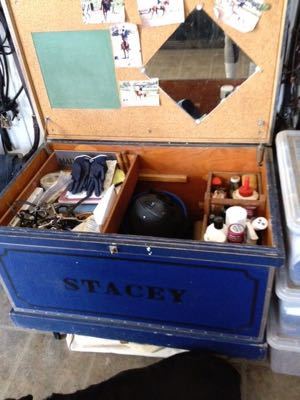 is there an area in your house that needs organising? perhaps instead of looking at it as additional storage, you can re-organise elsewhere in the house and actually free up some space while re-using it.

mmm leather… nah I want to preserve the look of the lid.

as for freeing up space… there is some option here. My place is pretty well organised (its a one bed apartment).
In the end, i can make the space, I just want to find a good option to restore it.

I am leaning towards leaving it as a footlocker, but with some modifications.

So have gone back and forth on this a lot…
In the end I decided to restore it largely as it was.
Still a way to go on the footlocker itself.
Basically, i needed ti learn how to weld before i could go any further
So far then all i have done on the box is weld up all the holes. 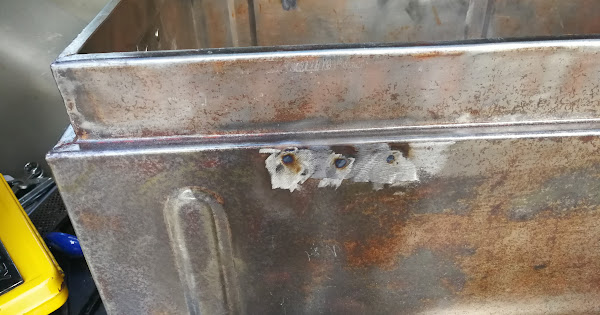 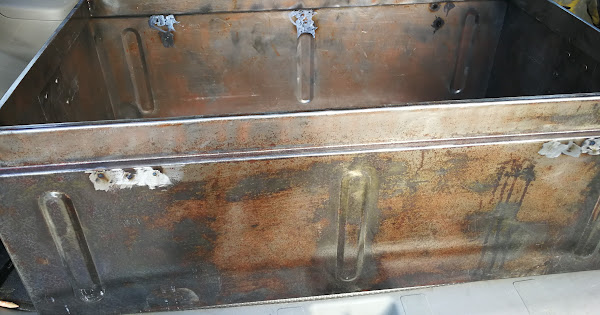 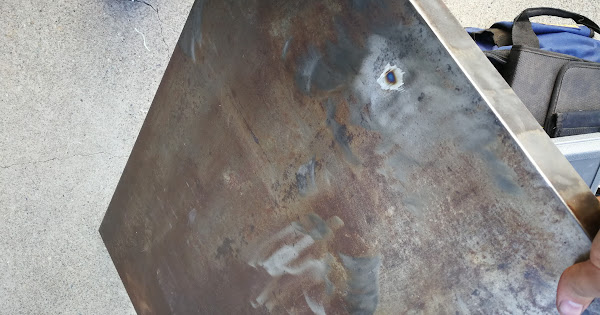 Next tasks will be to mount back some new hinges and a lock
The I will to repaint it and put the decals back on the top.

On the inside though I have build 8 wooden trays (4 half size and 4 full size)
They are made of Pine and Melamine, they also have pine handles which will be bolted in
I joined them on the corners using box joints using the table router
The top and bottom have rabbit joints, so they will sit into each other and can be stacked in any order.
The Melamine base sits in a dado about 10 mm from the bottom
So no nails or screws, the only metal are the bolts for the handles. This is so I can change them from horizontal to vertical to fit different size tools in them. 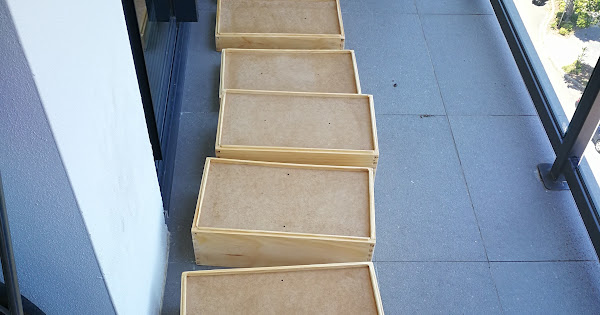 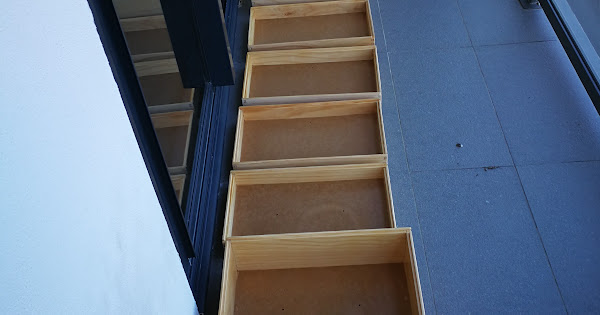 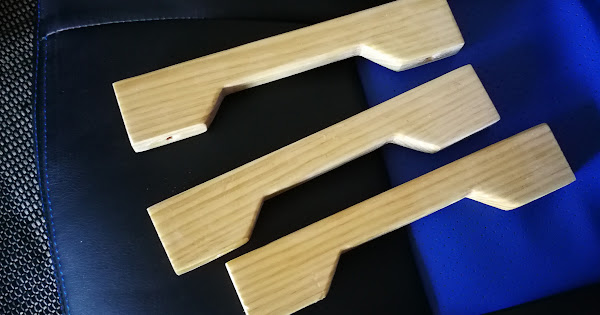 So still a work in progress, but has made some progress.

Heres how they turned out 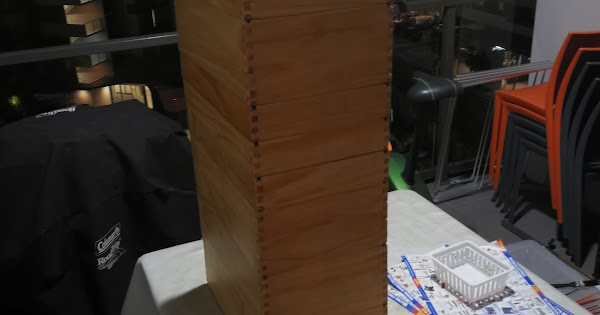 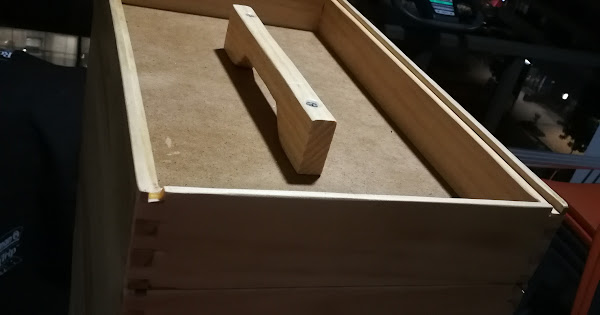