Generally, members are satisfied with the current running of HSBNE, but there are many opportunities for improvement.

18 members responded, or 15% of our current membership. Emily acknowledges the biases and mistakes made when writing this survey, most noticeably the one on our pricing model: No option for ‘too cheap’ was available, and this rendered the question invalid. 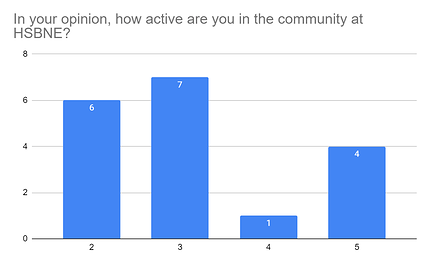 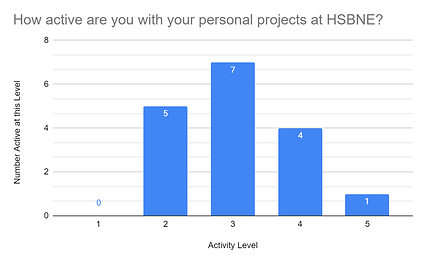 Notable comments on being active at HSBNE:
“HSBNE gives many opportunities to be active in the group, though they are not always immediately visible”

“Being at HSBNE encourages you to talk with new members and the public. It provides a place to learn and share ideas without having a financial incentive behind it.”

Pricing:
The question on satisfaction with pricing was badly written, and has been left out of the analysis. Notable comments on pricing included the desire for automatic payments, problems with duplicate invoices and the desire for members to be able to check online that they are up-to-date on their memberships.

Members are happy with 24/7 access, although it was noted that bringing guests is difficult or unclear.

Most members commented that there’s room for improvement, not a lot is up to date and it’s difficult to know the status of a tool at any given time. A couple commented on how long it can take for changes to become apparent.

Summary of Satisfaction on scale of 1-5, 5 being highest:

How satisfied were you with HSBNE before the COVID-19 pandemic? 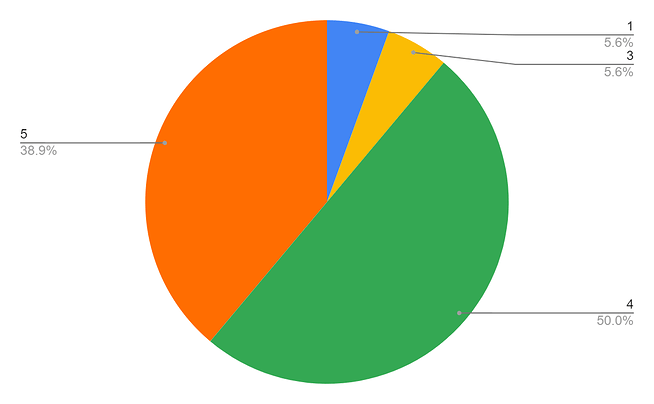 Respondents were generally satisfied with HSBNE, notable comments include:
“It allows me to achieve things I couldn’t achieve at home due to space or financial limitations”

“Good setup however some tools are unfortunately often out of service”

Generally, members were of the opinion that everyone should be cleaning up after themselves, and that machinery is what they are paying for access to. There were several suggestions for improvement

Support for pricing changes based on volunteering model: 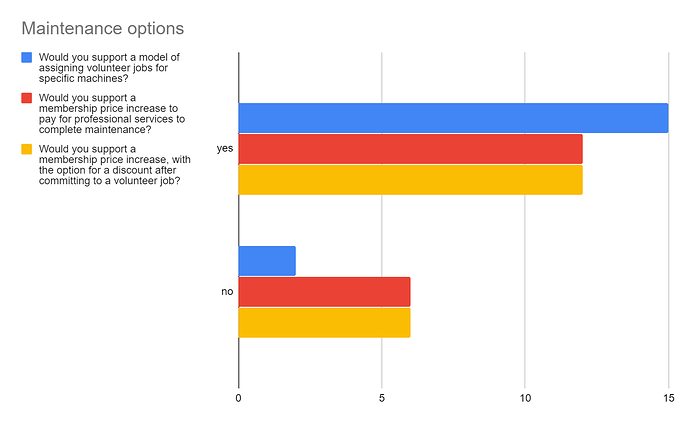 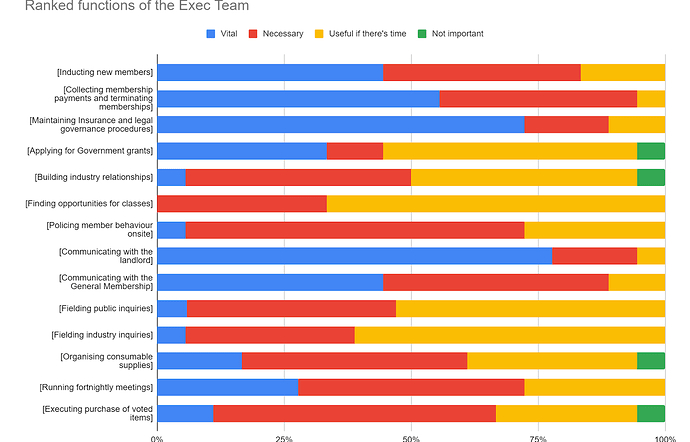 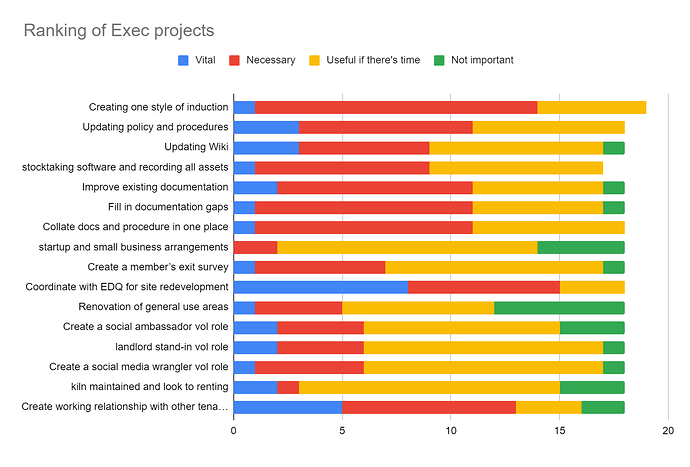 The two standout projects that had noticeable support were co-ordinating with EDQ for site redevelopment and creating a working relationship with other tenants, followed by creating one style of induction. Startup and small business and renovation plans had little support.

What would you like to see when you return, or other comments : (Summary of comments)

Many members suggested more equipment (This was the number one request) and more classes or talks on interesting topics, followed by more communication from the exec, a weekly newsletter and improved tool inductions. Suggestions also included creating teams to work on specific space projects. One issue that was raised was the revolving door of new members, and the need for mentoring or some other system that would increase long-term engagement.

I think the main takeaway points (for me at least) are:

To summarize the summary of the summary: If you need a project, HSBNE has plenty