Roomba's - Working, ...while we do something else I guess

Wait, What! Vacuum’s are in robots now‽

So the ‘Donated’? Roomba’s kicking around in the Green room were looking a little purposeless.

There was 3 at some stage but I can only find 1 now. Can anybody shed some light?

So through the hacker-vine and by observation the Roomba’s have no charge station and the batteries are a little old and sad. So, non-destructively, it was hacked… and it’s glorious! 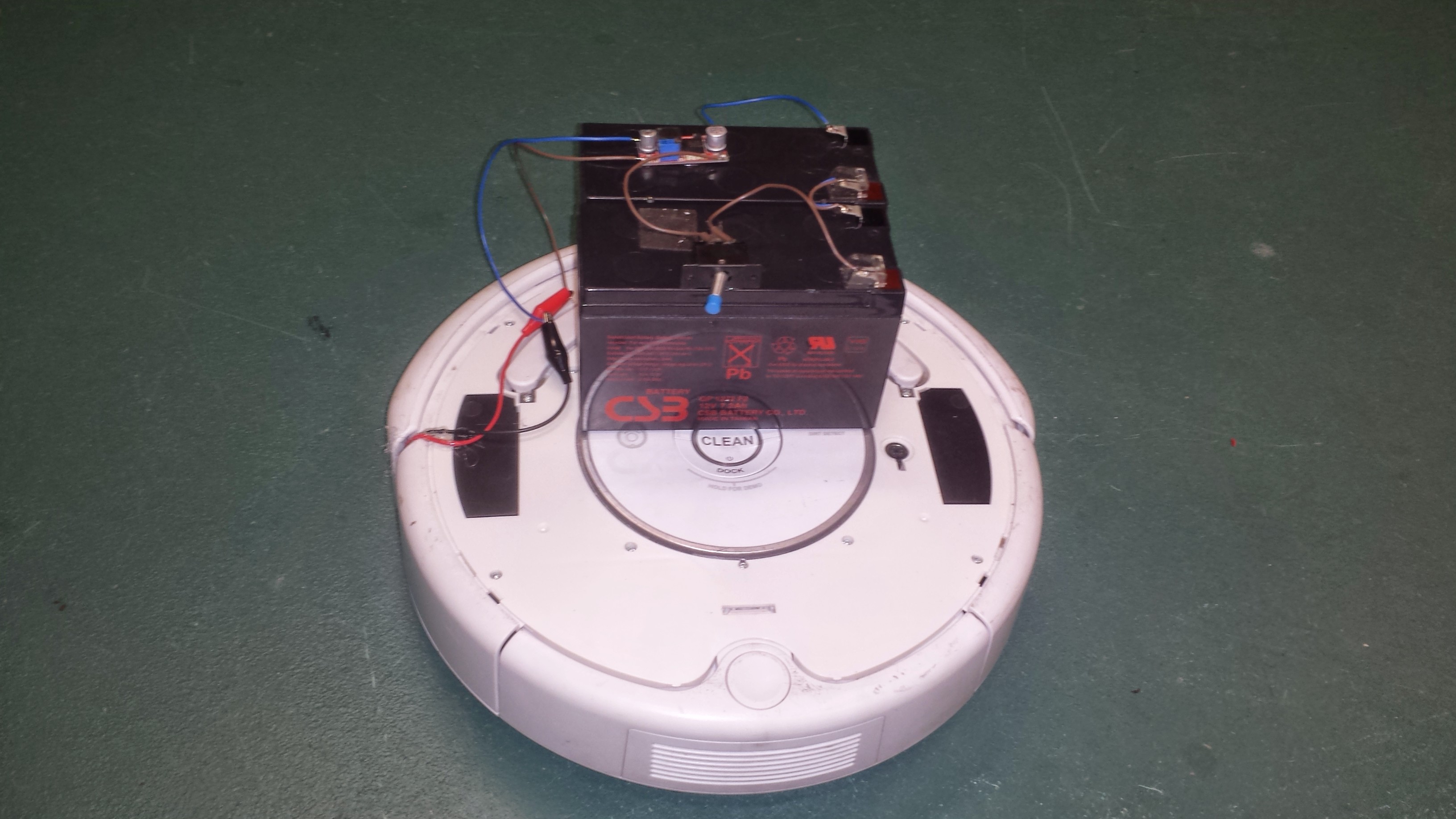 Don’t mind the smell, that’s just the onboard dc-charge port diode. It went all “F%#k this I’m out of here and left in a cloud of smoke” while attempting to charge the original battery pre hack. So make sure in the future to use the correct polarity 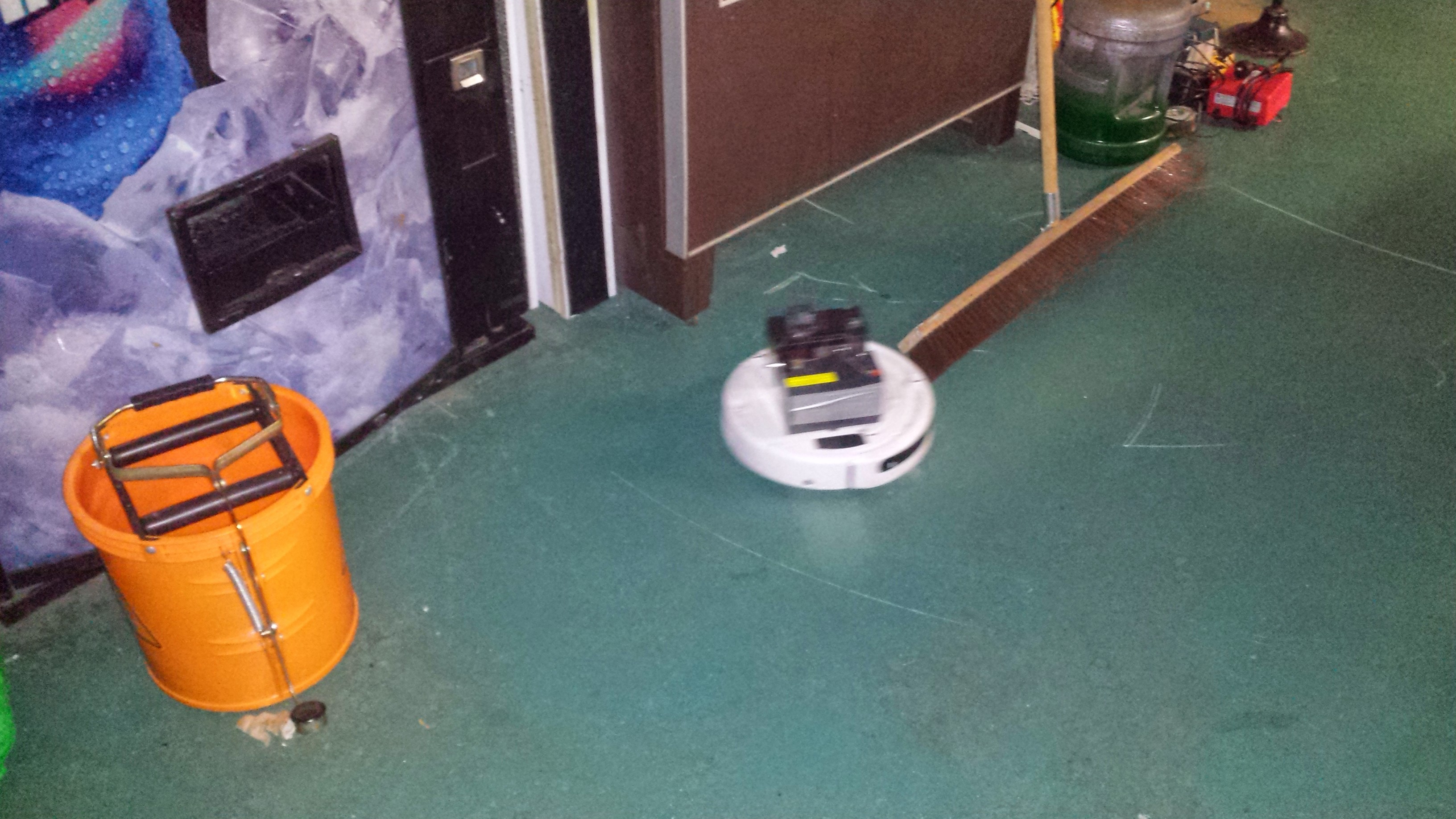 Here it is rubbing up against an old friend. Not sure if its just me but the room seems a little cleaner. Feel free to turn her/him/it on and let it have a run around for a while. be sure the charge the batteries on top with the red charger you can see in the background of the photo. Please remember to charge the cells independently, otherwise the smoke will come out of the charger (They are ok to stay wired together while charging).

Maybe we can make our own base station? I’m yet to find ANY documentation to assist with this tho.

Need to add one of these so we don’t kill the lead acids. For the moment the roomba has no idea when they drop below safe operating voltage.

Anyone keen to take on the challenge?

Paging @merseyless to the above. Do you think we have the parts on site for this?

Not that in particular but the same thing can be pulled off with a opamp acting as a comparator. The right tool for the job is a schmitt trigger but that is essentially a combination of opamp, resistors and math. Or I just bring in a 555.

I’ve been thinking about web remote control of the roomba. Found the irobot serial manual.

and some articles on arduino serial interface here and here.

is there a potential to run this straight from an ESP8266 @nogthree using the newly developed arduino on esp?

Completely possible, even without an arduino involved because we can run code directly on the esp8266

Roomba has been returned. We assume so he can upgraded before his next adventure. 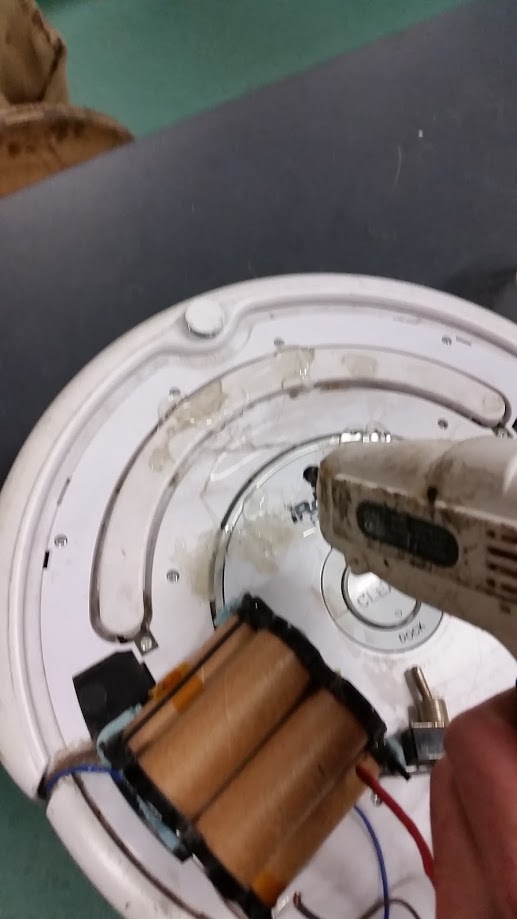 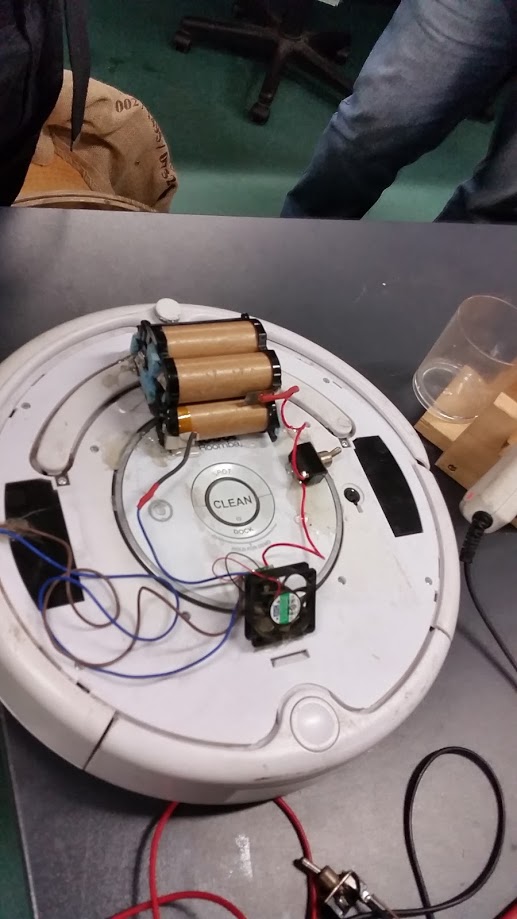 you better believe we used too much hot glue again 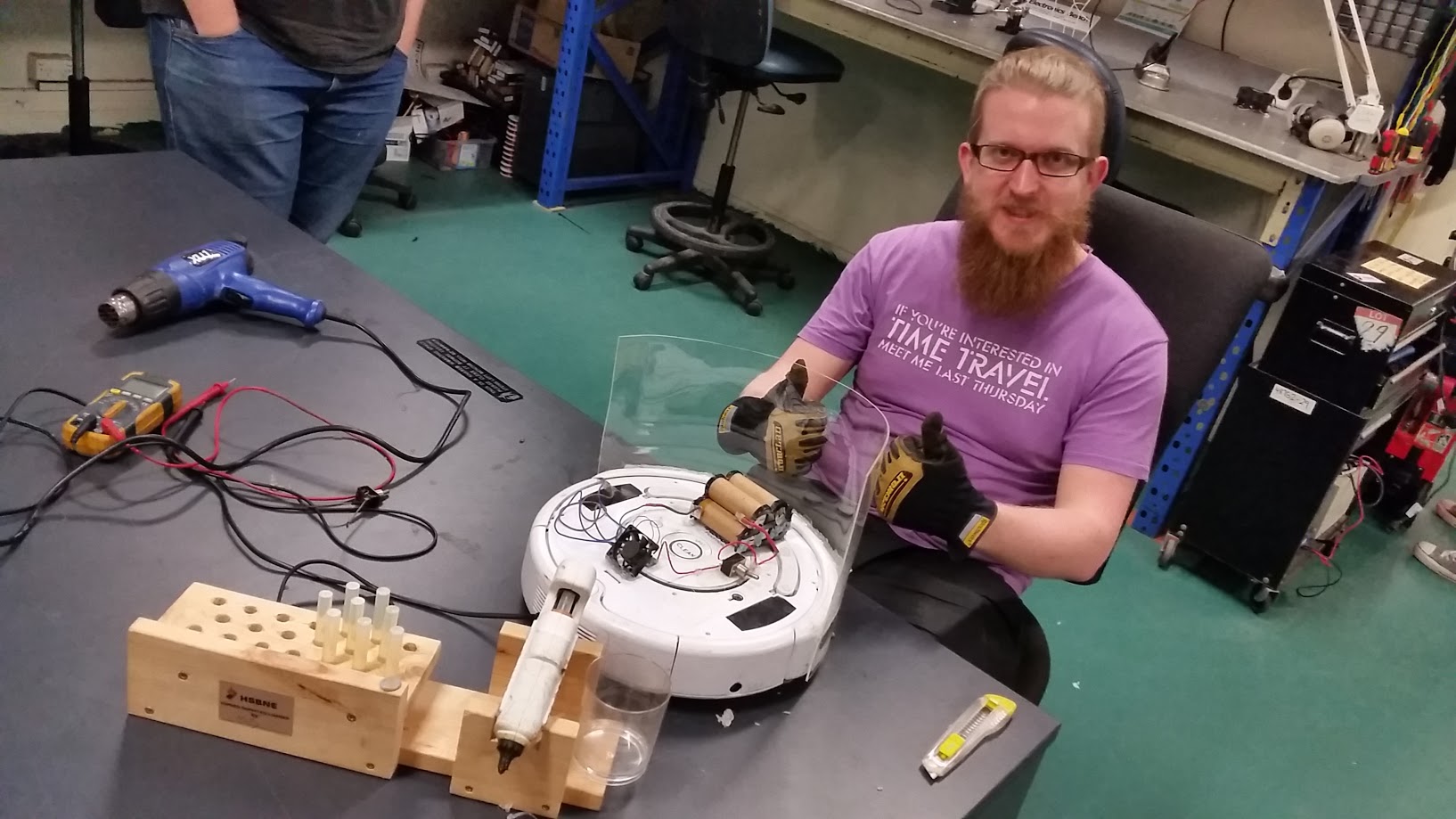 Now with a more functional bump shield and a battery upgrade you might start seeing roomba skooting about the green room.

Battery management is still a problem. If you would like to help please speak up