My friend wants some shoe storage because both he and his SO have a higher-than-average amount of shoes. So he gave me some money and asked me to make it happen. I figured I’d make two at the same time, because why not? Also, I can’t take credit for the name Lazy Shoesan, though I wish I could.

Here’s roughly what the final product should look like: 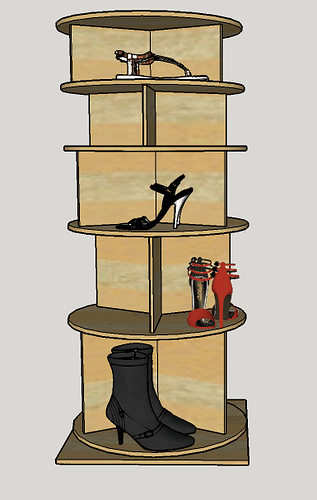 The final height will be roughtly 1400mm. Each shelf will have three compartments and be 500mm in diameter.

The whole thing will spin on a 16" lazy susan bearing (bought off ebay for about $25). It’s being built out of high grade plywood. I didn’t use MDF because I was worried about wear and tear. Next time, I’d probably just do MDF. Plywood is expensive y’all.

So far I’ve cut all the shelves. I created a round template on my router table: 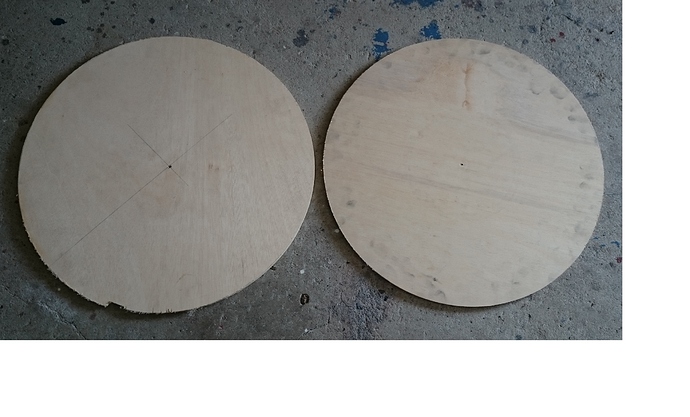 You can see the gouge in the one on the left. This happened when a rubber shoe on my clamp slipped while the router was running. It could have gone WAY worse. Be careful with powertools everyone.

I cut a heap of plywood squares. After that I rough-cut the circles with my jigsaw. 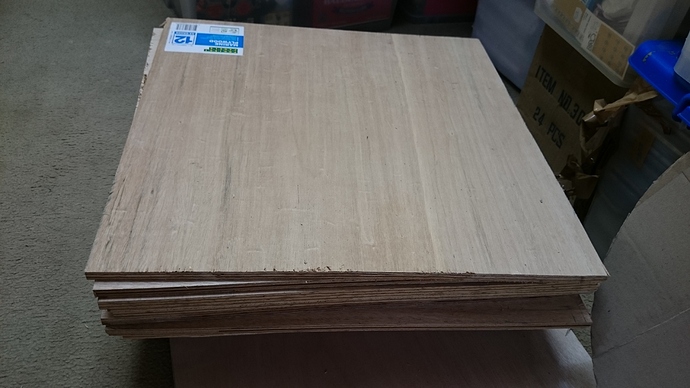 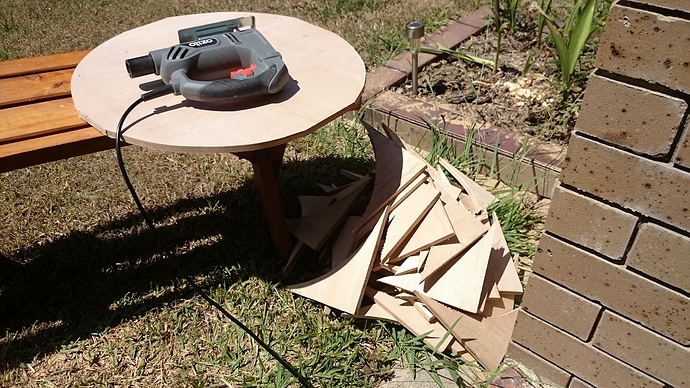 (anyone need any plywood offcuts?

Then, I used the template and a flush trim bit on my router to make them all nice and uniform. 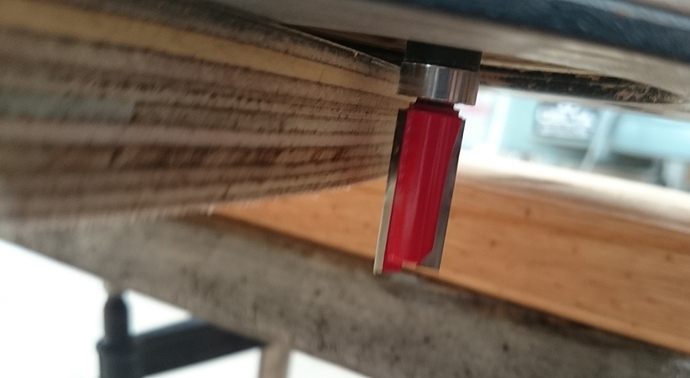 Next up, I’ll be cutting the dividers/supports. 15 per Lazy Shoesan.

I know this doesn’t help you much now. but maybe could help next time.

I just bought some 24mm AA (claimed) faced marine ply from a bloke down at Nerang.

The sheets were 2440x1220. They are BS1088 not Australian standard. I think the main difference there is the British standard allows a higher level of formaldehyde outgassing than the AS.

Thanks for letting me know! If I’m ever in the market, I’ll hit you up for their details. I paid $88 for 12mm sheets in the same size. It was steep, but my friend was happy with the price.

I wonder how much HSBNE pays for that sort of thing. The woodshop will possibly need some in the near future for new tablesaw sleds.

I took some more photos during assembly, but they’re really dull, so I’ll just leave you with the finished product. I will eventually change the bearing on it, because it absolutely does not operate as intended. It’s too heavy and I didn’t pay proper attention to the weight rating of the bearing.

The painting process caused me heaps of grief, for various reasons. 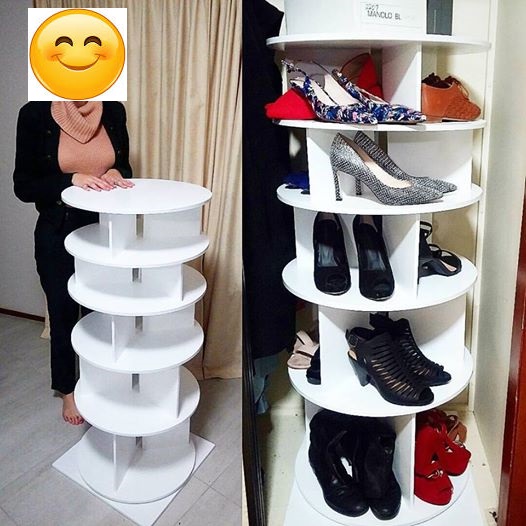 What I would do differently next time: