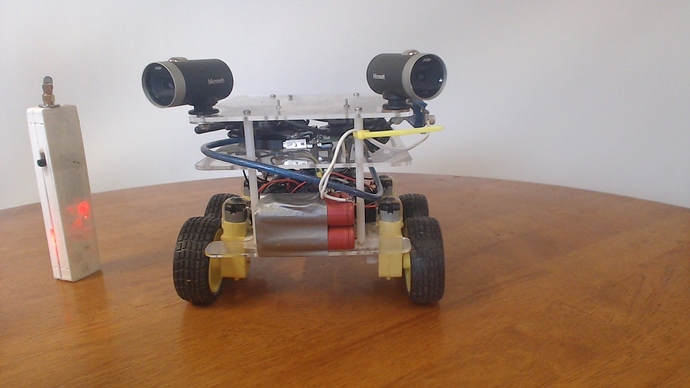 Armbian for Pcduino 3.4 linux kernel for the A20 Allwinner ARM processor with Mali GPU drivers.
With the Armbian operating system I was able to activate accelerated Opengl Graphics. I installed the x11vnc server which uses the X11 server to send Opengl accelerated Graphics. Using turboVnc as the client. I also installed ARToolkit5 from Github for the ARM processor. 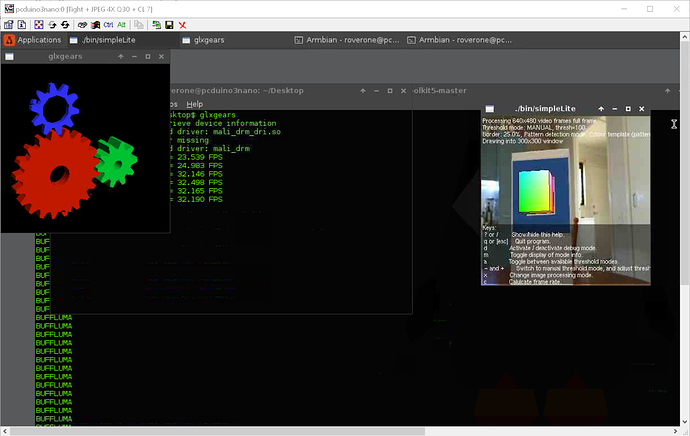 Using the ARToolkit with two cameras to calculate the position of the Rover relative to two ARMarkers. 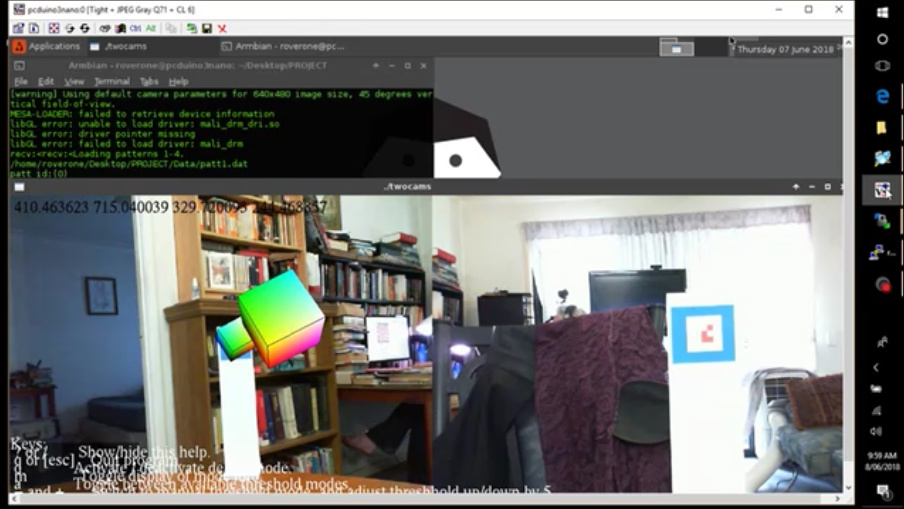 Snapshot%201%20(12-06-2018%2010-24%20AM)904×509 145 KB
Each ARMarker produces a Matrix from which the distance can be calculated. With two distances and the location of the markers known the Intersection of two circles is calculated from the equation obtained from StackExchange:

How can I find the points at which two circles intersect?

The equation is a simultaneous equation with two answers.
From this the x and z position was calculated. Z being into the screen and x left of the screen. Y up was omitted.

This project is on-going and I will post updates as they happen.
Comments welcome.

Yes Its funny that an AR glyph could be almost any painting…border and identification area. Although I think AR gylph’s have to be square.
Pam

I helped (a little) with an AR drone demo at the Switch On demoparty last weekend (using artoolkit through AR.js I think); the markers used definitely weren’t square

It was using the NFT feature.

Hi James, Is that using ARToolkit6 I use ARToolkit5. What is NFT and what is the Switch On demoparty?
Pam 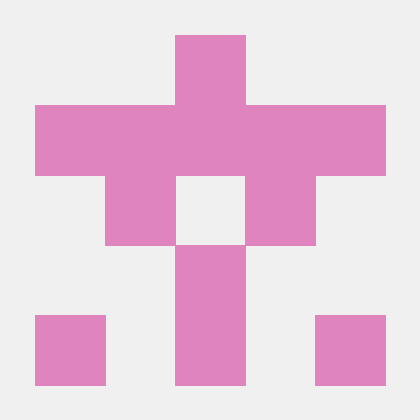 Contribute to artoolkit/ARToolKit5 development by creating an account on GitHub.

And this was Switch On: https://www.switchondemoscene.com/

Thanks James I had no idea about the NFT feature will look into it. How did the switch on demoparty go?

Small but fun. I ended up coding z80 from 8pm through to 3pm the next day. 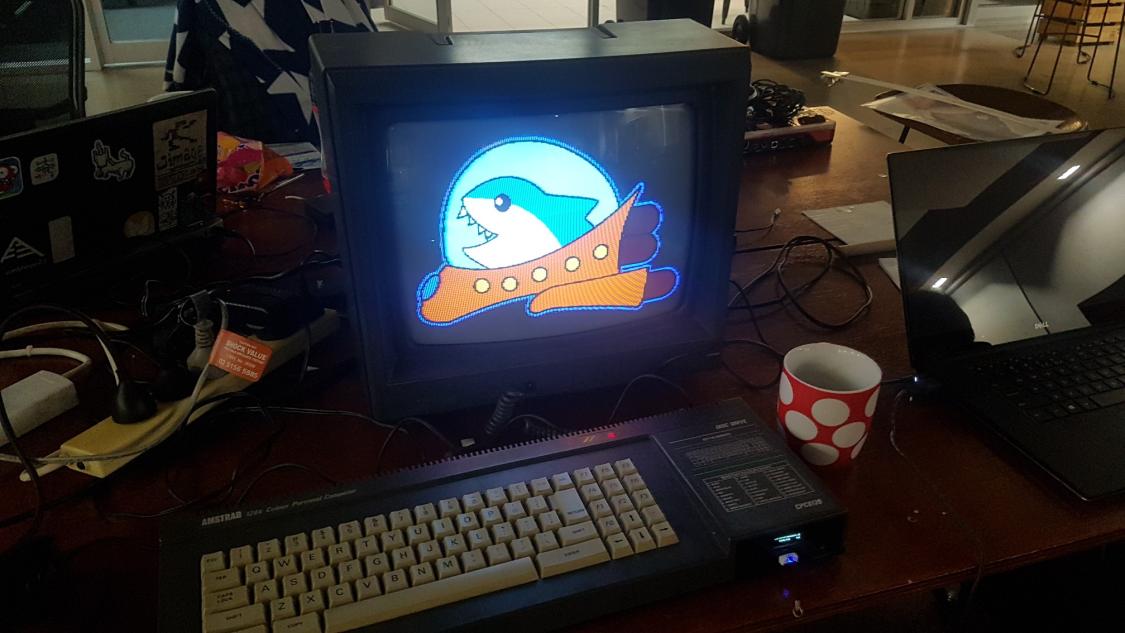 zasm under CP/M? My first assembler! Before that, it was all by hand on my ZX81. Happy days. 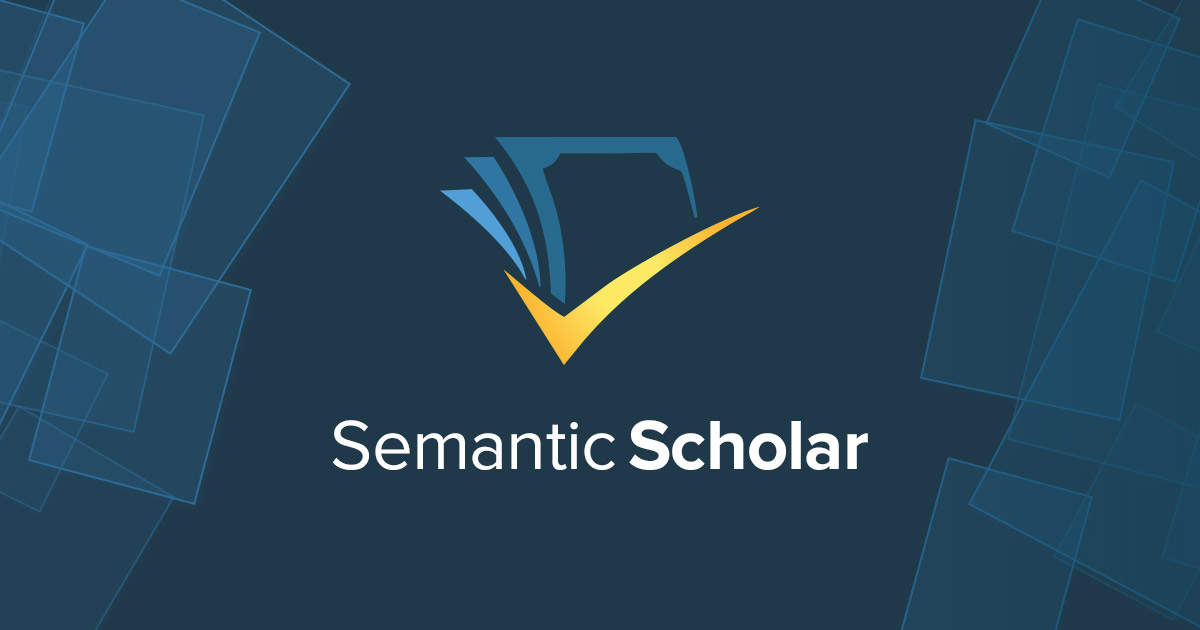 We introduce a new method for stereo visual SLAM (simultaneous localization and mapping) that works in unstructured, outdoor environments. Unlike other grid-based SLAM algorithms, which use occupancy grid maps, our algorithm uses a new mapping...

Thats a paper we went through at uni. Might be interesting to try on your bot?

RoverOne and Robert (pictured) should hang out… 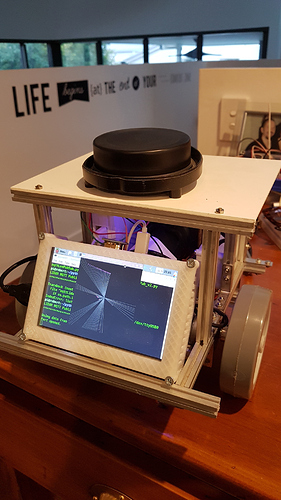 robert501134×2016 888 KB
Doesn’t have a camera on it at the moment, mostly because I’m concentrating on LIDAR and extracting wall and corner features from that. Also, my every attempt to compile OpenCV on a pi has been… disappointing.
ARToolkit looks like a much better fit for robotics anyway!
Thanks for sharing.
1 Like
Svenska (Svenska) June 12, 2018, 7:42am #13

@ian.kerr.redmond , @jabelone made a nice little repo for it: 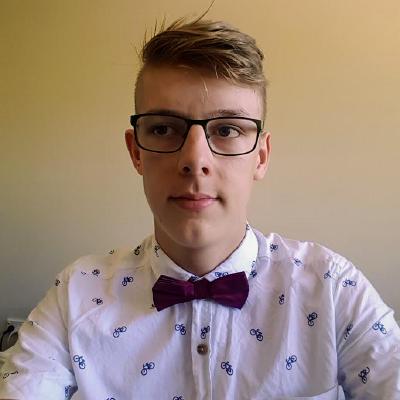 [Archived - no longer maintained] A pre-compiled binary of OpenCV 3.1.0 for the Raspberry Pi. - jabelone/OpenCV-for-Pi

@Svenska @jabelone
Love your work. I will give that a go!

Also, my every attempt to compile OpenCV on a pi has been… disappointing.

I found it was much better to set up an emulated Raspbian container on my PC (using QEMU, binfmt and chroot) and compiling it in there - it’s blazingly fast and avoids all the hassle of getting cross-compiling working.

I haven’t got that far yet. But I have some ideas about improving the process and dropping the need for the ARmarkers. My idea is too increase the number of camera’s from two to four so the rover can see all around itself. At this stage I want the rover to generate approximate spatial coordinates. Object avoidance is another issue.

Robert is awesome! definitely should hangout. Maybe we could organise a demo party!

I dont use openCV 3 because of issues with the compatibility. I use openCV 2.4 I believe. I haven’t had any compile problems but I use Armbian on the Pcduino. 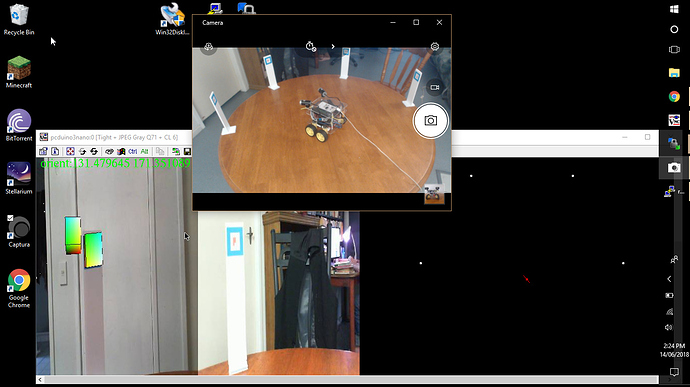 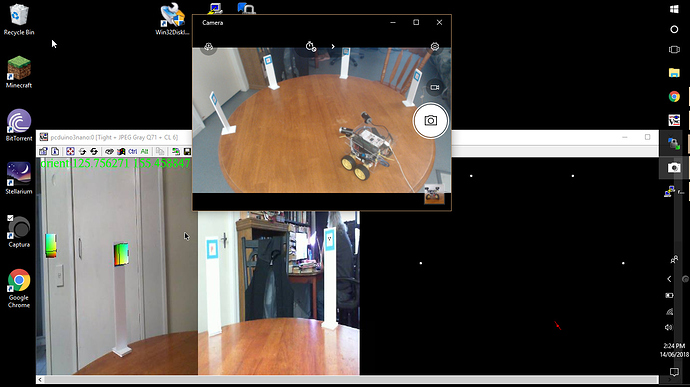 @Svenska and @ian.kerr.redmond That repo has been strangely popular - I only put it on GitHub so I could easily get it to my raspberry pi’s at the time as I had to keep reimaging them and got sick of waiting to rebuild it each time. I don’t recommend it as it’s broken with the newest raspbian releases. (I haven’t updated it)

Funnily enough I’ve even had a few academics email me asking me to update it as they were using it for their university classes but it doesn’t work on the newest raspbian.