For a while now I’ve wanted some circular segmented displays for showing countdowns and the like, but didn’t want to have to make casings for the $4-5 ws2812 pcb rings. So following in the foot-steps of some edge lit number displays running via ws2812 stirip put on its side, I laser cut a casing.

This is the strip in its natural form -

First I went for a 12 segment display, made out of layers of 6mm clear acrylic for the lights and 3mm black for the housing. Buuut I got the maths wrong and the inner circle was completely the wrong.size. 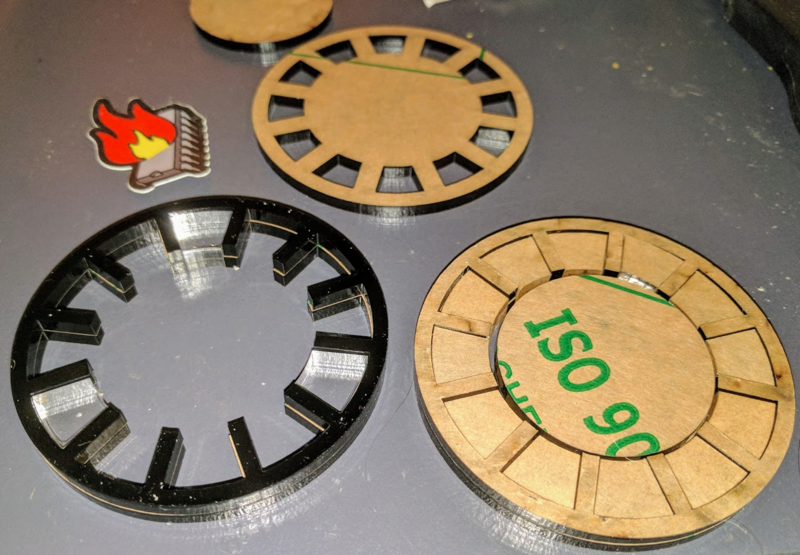 Still, I was undeterred and dusted off some 10mmish black and some 10mm clear acrylic offcuts I had. I re-did the design and tested it in 6mm acrylic, it was a perfect fit!

So then I upscaled to 10mm and uh, this happened. 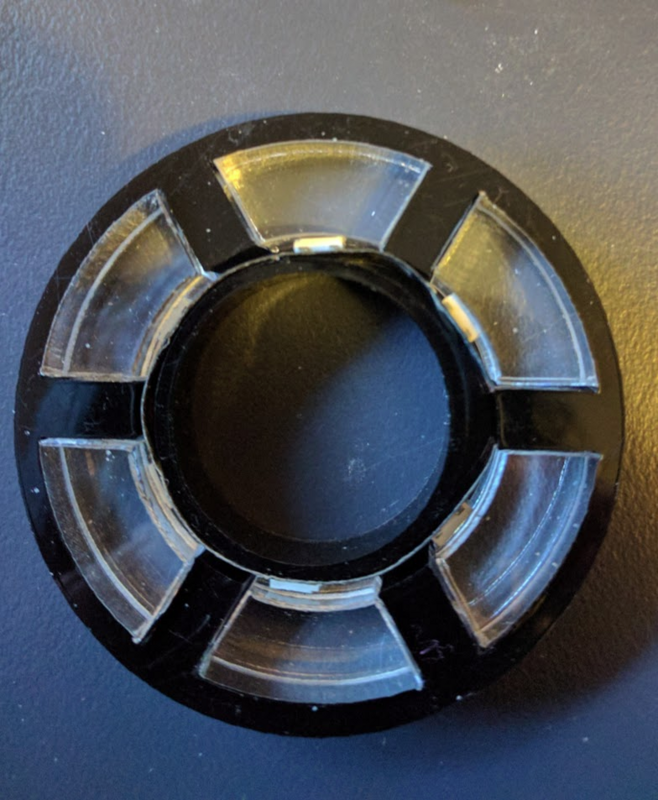 All the nice coherent tolerances I’d had in the 6mm were blown away by the increased power needed to cut through the 10mm, everything was about half a millimeter off or so.

So I threw my hands up in the air and tested it anyhow:

Even without the leds touching perfectly, it still worked a treat. I plan on tuesday to cut some bigger clear bits to see if that’ll fix the problem.

Aside from that, I’m eyeing up an easier to make version using a single sheet of clear 6mm acrylic (like the stuff we keep being donated) using a different width of led strip.