So in the interests of making some sort of forward progress on the tablesaw cabinet, I’ve created a basic model of what I think could be a workable idea. Basic dimensions are 850x650x850 (LxDxH - in mm). Door on the front faces towards the quad.

Inside the door: Storage for blades, spanners, featherboards, blade change pin, other small parts that can be stored flat-ish

Around the side: Storage for sleds or possible shelves for things that won’t fit in the doors… 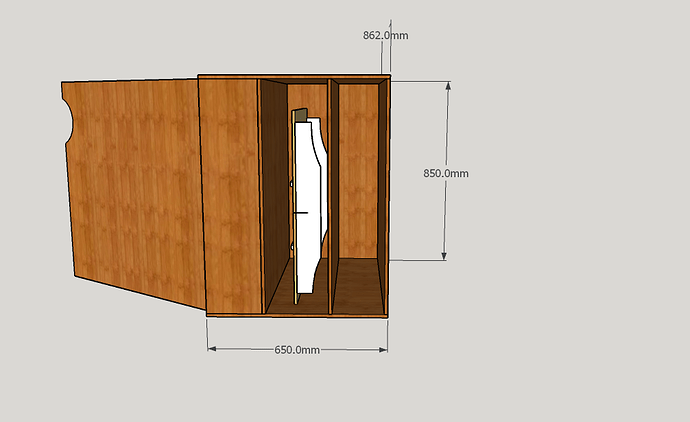 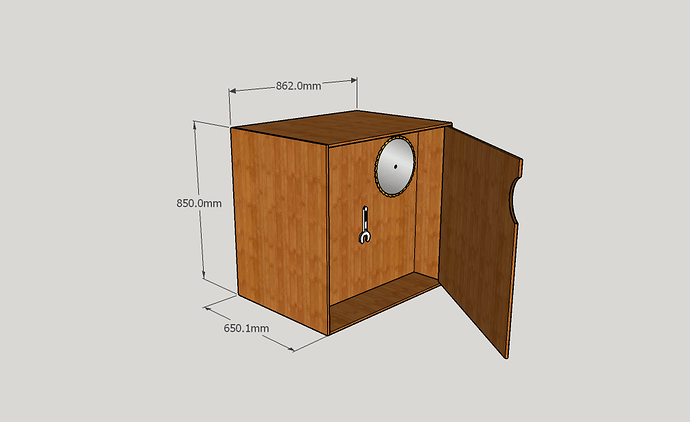 So have at it. Tear it apart, suggest improvements, or put together your own design. If anyone wants a copy of the model, let me know and I’ll sort something out.

Hey @LukeR thanks for taking this up! Some of my thoughts:

Last on that list is jigs, because they come in all shapes and sizes and its hard to know what to design for there, and we will probably have them hanging on the walls for these reasons. 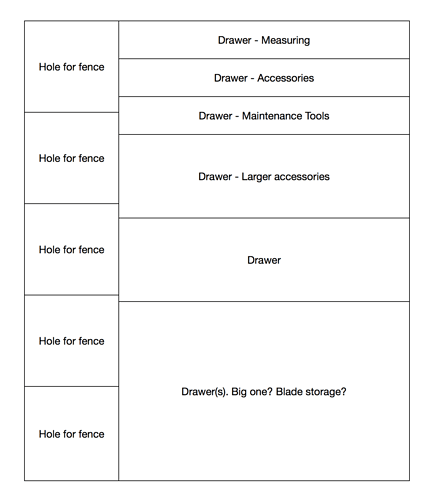 or the hole parts could be on top or something. shrug

Forgot to link to video on drawer design: https://www.youtube.com/watch?v=0HPNfQJNBYI

Its just simple and cheap and easy.

Could you add a shelf or two in the hanging cabinet?

I assumed there would be castors, just not modelled? We have a few around the shop for projects.

Yup. Castors intended, but not modelled (or included in the dimensions tbh).

My only concern about drawers is that people tend to just throw stuff into them. My goal with the hanging was for everything to have a place to live. Also makes people take better care because of the process of hanging vs putting.

I’ll mock something up with drawers and holes, along the lines of your diagram. It will probably wind up with more storage space than my V1, so probably better use of the space.

yeah i’m not the biggest drawer person either, i was thinking we might try and do shadow inserts in the drawers or something if we felt it was needed. cross bridges when we come to them yknow.

Ok, so here’s a rough idea for the carcass for an option with drawers along the lines of Jeremy Schmidt (modularity FTW). Widths are essentially based off 12" blades, then working backwards from there. 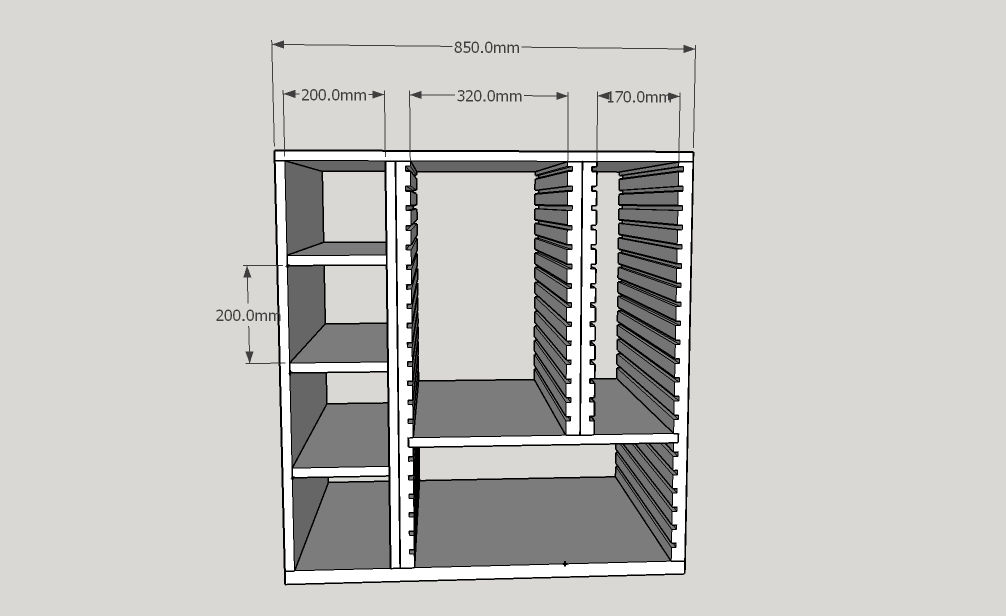 There would be a lot of wasted space towards the back of the drawers. I propose putting more cubbies/drawers/shelves around the right hand side and making the from drawer depth around 400mm at the most. Just too lazy to model it to that level of polish right now.

why the split section up the top?

We can have blades vertically stored, so long as they’re sitting in a holder each. And we will probably never have more than say, 8 blades at any one time. If that affects your designs at all.

Mainly, I was trying to keep the drawers not much wider than a blade, so that no one tried to put things in the same drawer. Then I just turned the leftover space into more drawers.

In all honesty, I’ve been working under the assumption that the cabinet would take up most of the space under the saw’s main table. That’s more than likely overkill and we should just make the whole thing simpler and smaller.

Is anything stored in a drawer likely to be wider than 350mm? If not, I might start again over the next few days and just pare it all down.

I have to go have a look at the measurements next time im in the space and just so i can talk from a position of more knowledge.