Testing the stroboscopic effect of lights

So, with our love of spinning machinery, I occasionally hear mention of lights causing a stroboscopic effect (fluorescents in particular). Also just did a lighting subject at TAFE that mentioned much of the same. Being skeptical, I bought a photodiode from eBay and started testing! The photodiode in question was an OPT101. 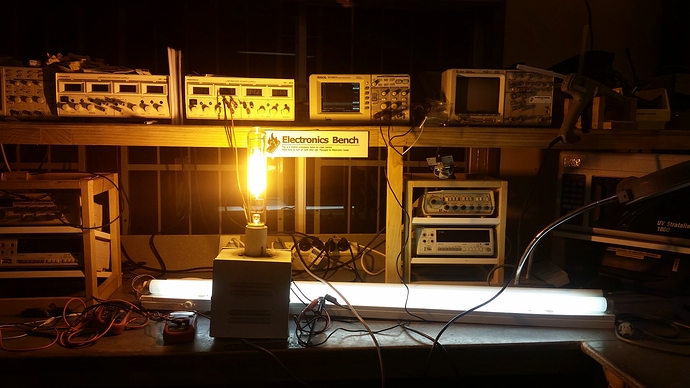 To start out, here’s the baseline output of photodiode at low/no light. 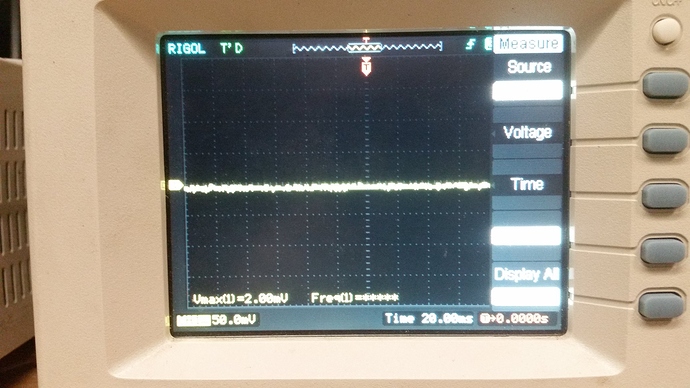 And here’s the output next to a Philips Alto TLD 36W/840 (A pretty common fluorescent tube). This is on a magnetic ballast. 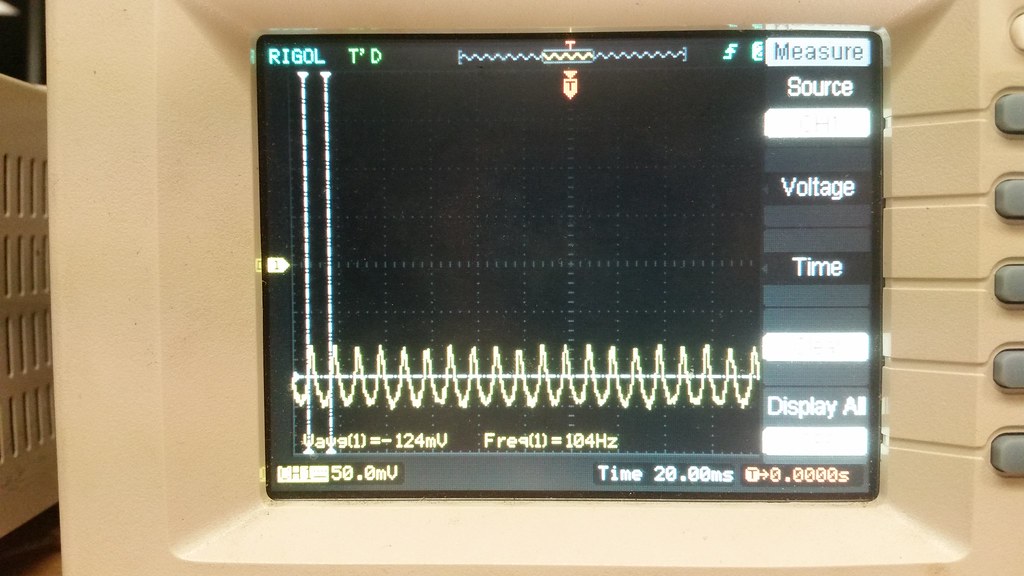 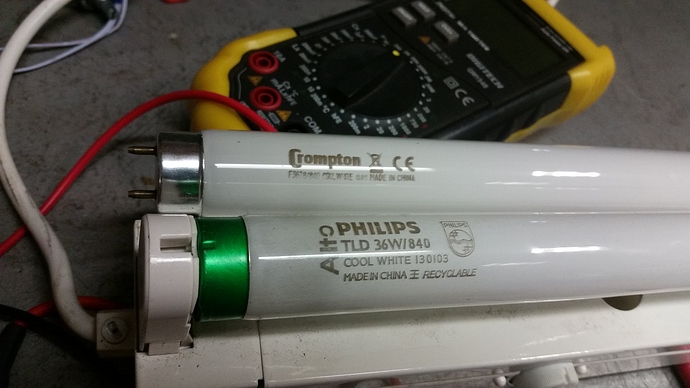 As you can see, the fluctuation in light output due to the AC is clearly evident, however the light output doesn’t come close to zero, dropping perhaps a third before coming back up again (the yellow arrow on the left is 0V - baseline)

Following this is a ye-olde T12 fluorescent tube, which would have been standard when this wives tale came into fruition. 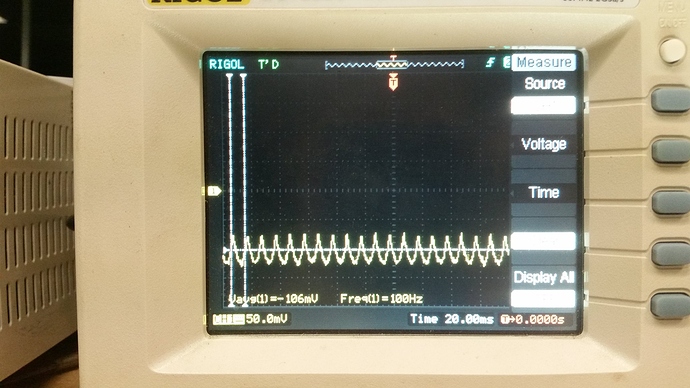 To my surprise, this is reasonably similar to the new tube, with the light output still dropping between cycles however still only about a third. (If you look at the voltage average, you can see this lamp is dimmer than the previous)

Thinking my setup was flawed, I then moved to HID lamps, namely high pressure sodium and metal halide. This was going by the assumption that these lamps, lacking a phosphor, would surely drop their light output to zero (or very near) at the zero crossing of the AC power supply. 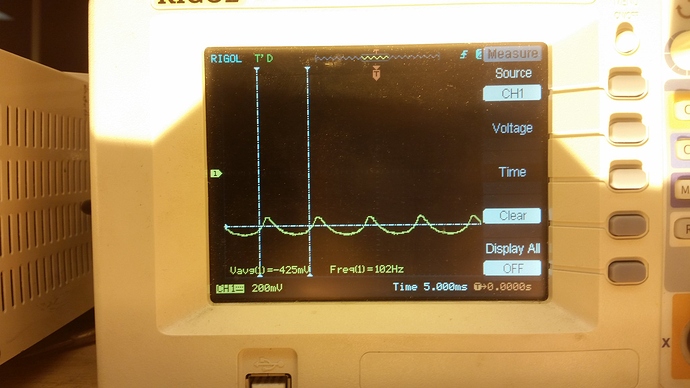 Thwarted again. This was the 400W HPS lamp, as you can tell by the yellow. I had assumed this would drop close to zero but instead the light output remains surprisingly high. The 425mV average voltage says this lamp is quite a bit brighter than the fluorescent lamps at 106mV and 124mV.

Next was the 400W metal halide. 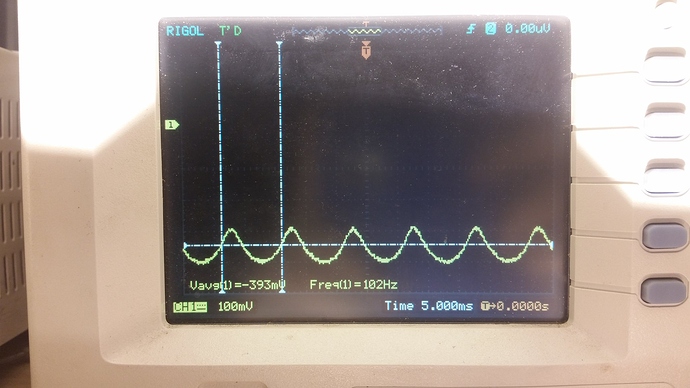 Similar result to the HPS. The lamp still appears to remain well lit even as the power supply crosses zero volts.

Starting to doubt my setup, I decided to see if the photodiode was becoming overwhelmed by the light level or was too slow to respond. The signal generator driving an LED was used to check for response time, and a square wave at 10+kHz was still easily seen on the scope. Going all out, I put a fan between the HPS lamp and the photodiode. 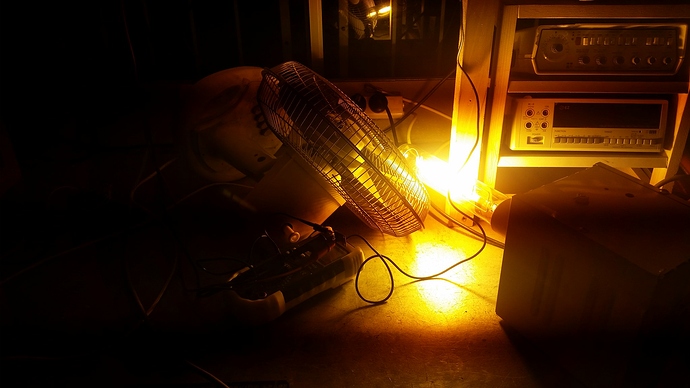 Waveform with the fan off and not blocking light: 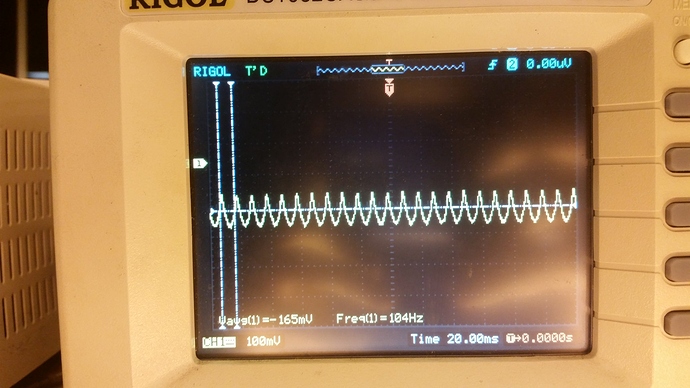 Waveform with the fan on: 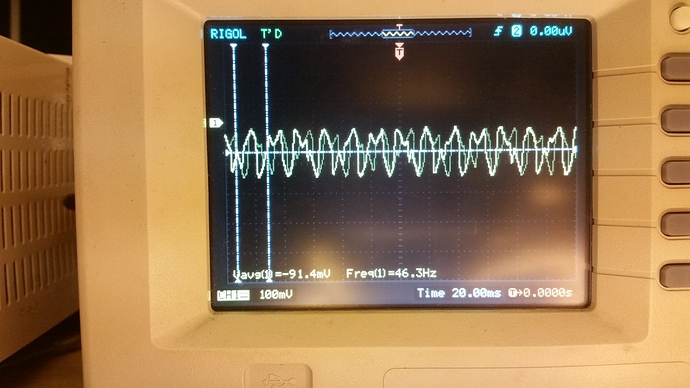 My apologies about the dodgy waveform, but you get the gist. The interaction of the fan blocking light and the mains waveform can be seen, with the output dropping close to zero where the fan blade blocks the light.

To summarise, The fluorescent light I figured would have a light output similar to what was seen due to the phosphor persistence, however the HID lamps have gone a different direction than expected. Out of curiosity I tried this with a welder, and turns out that the arc is nowhere near as nice as I expected, so was abandoned. I have been informed the persistence in arc lamps is due to the vapour and gas holding onto excitation for long enough to ride out the zero crossing (thanks @Blufires)

Furthering this experiment could be done by measuring the decay of the light when powered off, showing just how long the light takes to drop substantially in output. Thanks to @theban for this idea.

hook up many many old magnetic ballasts without power factor correction and see if “the henrys” help you out finding flicker. (seeing as we like experiments)

Great experiment.
Not sure im ready to accept this as a wives tale just yet…

id suggest phase 2 would involve the lathe a the light sources and and a round object in the lathe with a white dot on it and see if you can get the dot to stay still at any of the speeds… it would also be interesting to see how much of an analouge the photo diode is to the human eye. Ie whilst the photo diode recognises the light level isnt falling to zero is the difference between the peak and the trough enough for the human eye/brain to perceive it as though it were falling to zero? Just a thought

I just know that I personally never noticed much flicker in domestic situation with single fluro lights, but I have seen pronounced flicker in large scale installs that had bad PFC.

You could probably simulate bad PFC with waveforms fed to one fluro tube without having to hook up 100 ballasts and 200 tubes.

There’s a paper on the flicker caused by harmonics and ripple control but I can’t quite make heads or tails of it at the moment.

@David_Thomson I’m not quite sure how one would accurately measure such a thing, as presumably it’d vary from person to person. And at the same time you’ll need a manner of speed control for the lathe motor to accurately adjust it.

Compare a strobe light to the waveforms I showed above, I would take a bet there will be a very substantial difference. As far as I can tell you’d only get blurring of the object as the light peaks, the transition of light to dark is nowhere near sharp enough to make an object seem stationary.

I’m actually fairly sure after seeing your figures that you’ve proved my hypothesis wrong. The fact that the strobe was at 102Hz is what makes me doubt it. HID ballasts use a way higher frequency or you’d be able to see the flashing with your eyes like you can with the button on public free barbecues or the switch on cheap powerboards. Driving with HID bulbs would be impossible with that low of a frequency. The only thing that makes sense then is the capacitors in the ballast discharging during the zero crossing. An easy way to confirm it would be comparing 240v HIDs with 12v car/bike HIDs on a battery supply.

All the lamps I tested in these used magnetic ballasts, as electronic ballasts operate at high frequencies making any chance of a flicker negligible. Even so, at mains frequency it could just be the arc tube glowing enough between cycles to keep the light output up.

Does your hypothesis only apply to high frequency lighting?