Just wanted to thank the guys who did a great job of cleaning up the green room late last night. Sam, Hamish, Josh and Mike +1 for awesomeness.

Look how dirty the benches were! 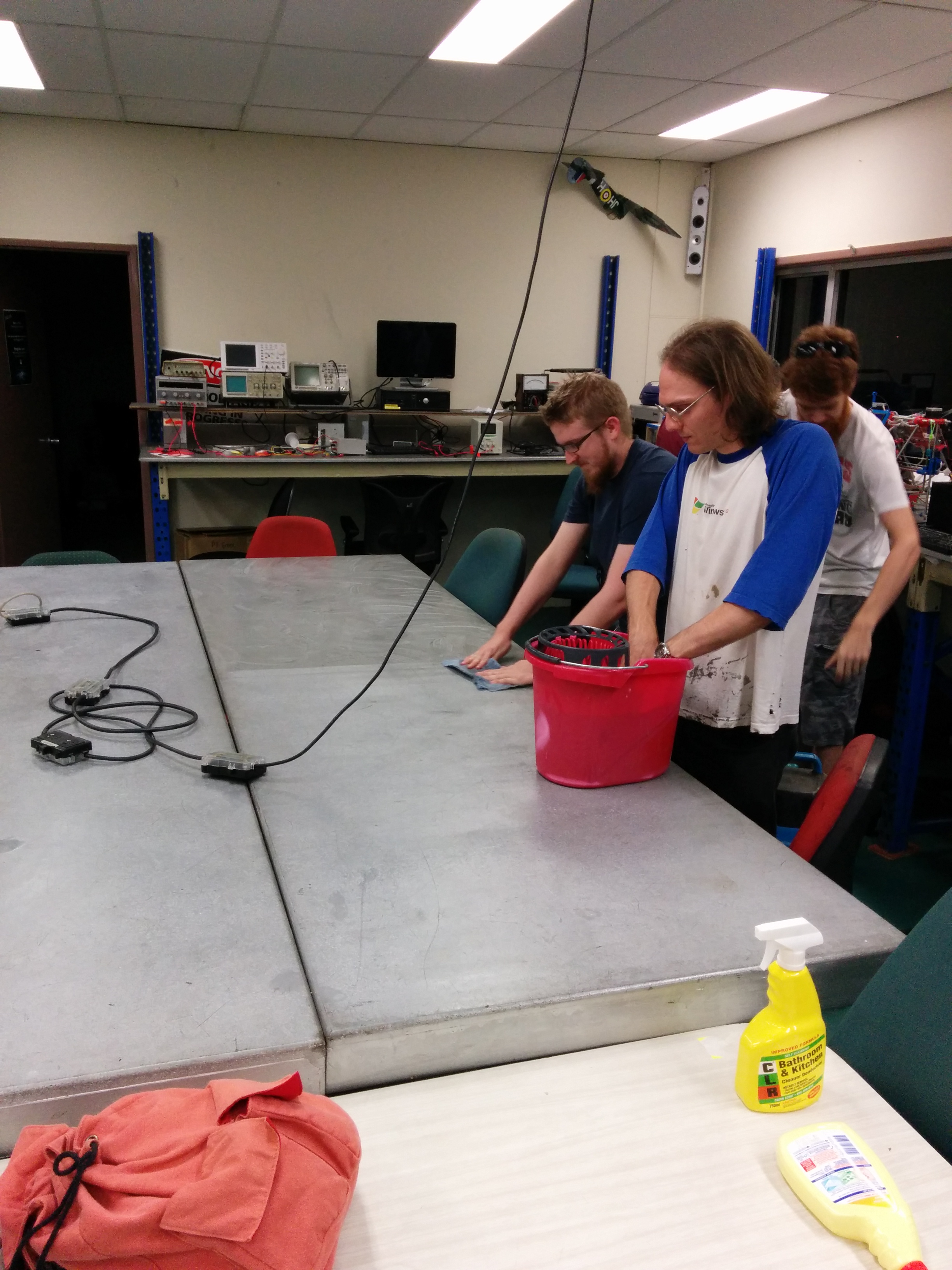 Thank you to Simeon and Hovo for helping with getting the vending machine’s
power harness and supply working tonight!

Also thanks to Hovo and Hally for providing replacement voltage regulators
when we blew one up (mea culpa?).

I want to thank whoever it was that cleaned up the kitchen. What a lovely surprise for all of us. Extra impressed to see the dishes all put away too. Own up 'cause I’ll give you a Brownie

Thank you to @crofty and @LuminousElement for making the laser cutter exhaust port and hooking it all up, for a quiet, fume-free, window-closed lasering experience.

I remember Sven was cleaning the dishes

Thank you to @crofty and @LuminousElement for making the laser cutter exhaust port and hooking it all up, for a quiet, fume-free, window-closed lasering experience.

And again to @LuminousElement for taking the initiative to put coolant in the laser cutter before the water caused damage.

So, who’s been busy in the bone yard lately? Who’s cleaned up a LOT of it, removed a lot of the broken junk, sorted things into boxes & made stuff easy to find? Because I’d like to buy you, good member, a drink or two from our vending machines. Let me know on Tuesday so I can thank you in person!

Thanks to: (in no particular order)
Alan for putting together the xbmc music setup.
@LuminousElement for debugging the laser cutter.
@rut4ger for his work on the front doorway.
@crofty for his work with the laser cutter
@lhovo for his help with wiznet ethernet libraries
@riumplus for keeping the drinks machines ship-shape and topped up and the many other things he does.

@riumplus for keeping the drinks machines topped up and cleaning the bathrooms. Your help is always appreciated.
@buzz for helping me remove stuff from the bin so we can start getting rid of trash again.

If you try to work while everyone is asleep, it’ll be the most efficient thing you’ve ever done.

…well it was for some! Many thanks to @rut4ger for making the awesome entrance chill out area! 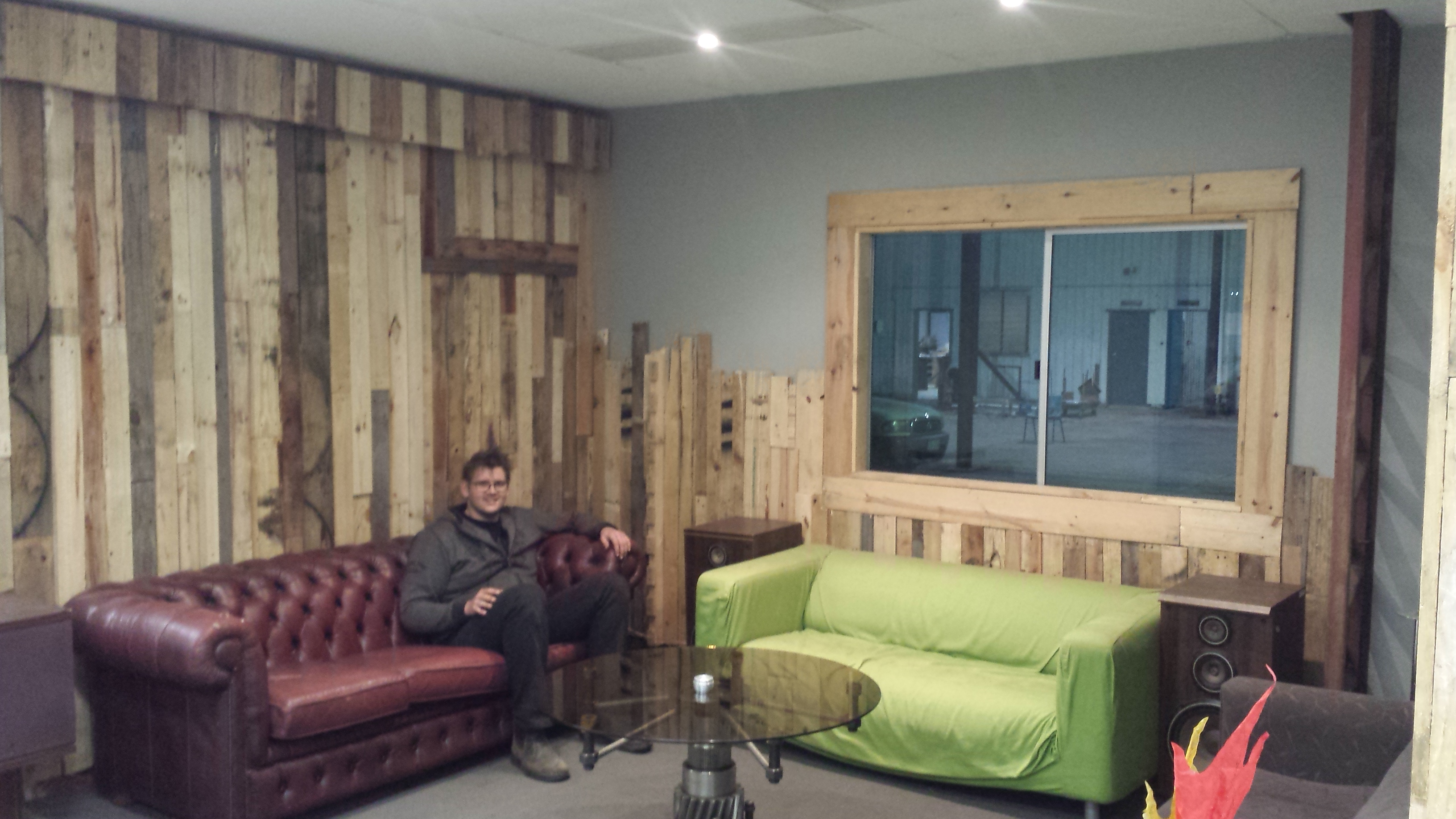 Thank you to @rut4ger for his continued work on improving our welcome areas, especially with fabricating the mount for that telescoping arm.

@buzz for catalyzing work on the giant air hockey table.

@crofty for putting up with my crazy ideas in general.

@luminous for supporting my crazy ideas.

Let’s bring back this Thank You thread

I’d like to thank @Thermoelectric and @Hamish_McGregor for fixing every blown light and light fitting they could find at HSBNE. Now we know what some of those previously-unknown switches control!

Here! here! I also came here to thank @Thermoelectric and @Hamish_McGregor for their recent work. The Machine Shop is nicer than ever. No more dark dingy corners. Thanks a bunch guys!

I’d like to thank @Thermoelectric for again improving the lighting around the space. The grease pit lights all work so it’s now plenty bright down in there when working on a car. Plus he swapped some tubes and optimised the light levels in most of the main building. Overall this will save us ~$25/month in electricity, the rooms aren’t so harshly lit nor as glarey, and for instance there’s now 500 watts less heat being generated in the green room which is fantastic now that summer’s approaching again.

Hey @Boo, thanks for being awesome last week with gingerbread men and making members feel welcome

Thank you @Svenska @nogthree @crofty for making our Green Room So clean to start the new year! 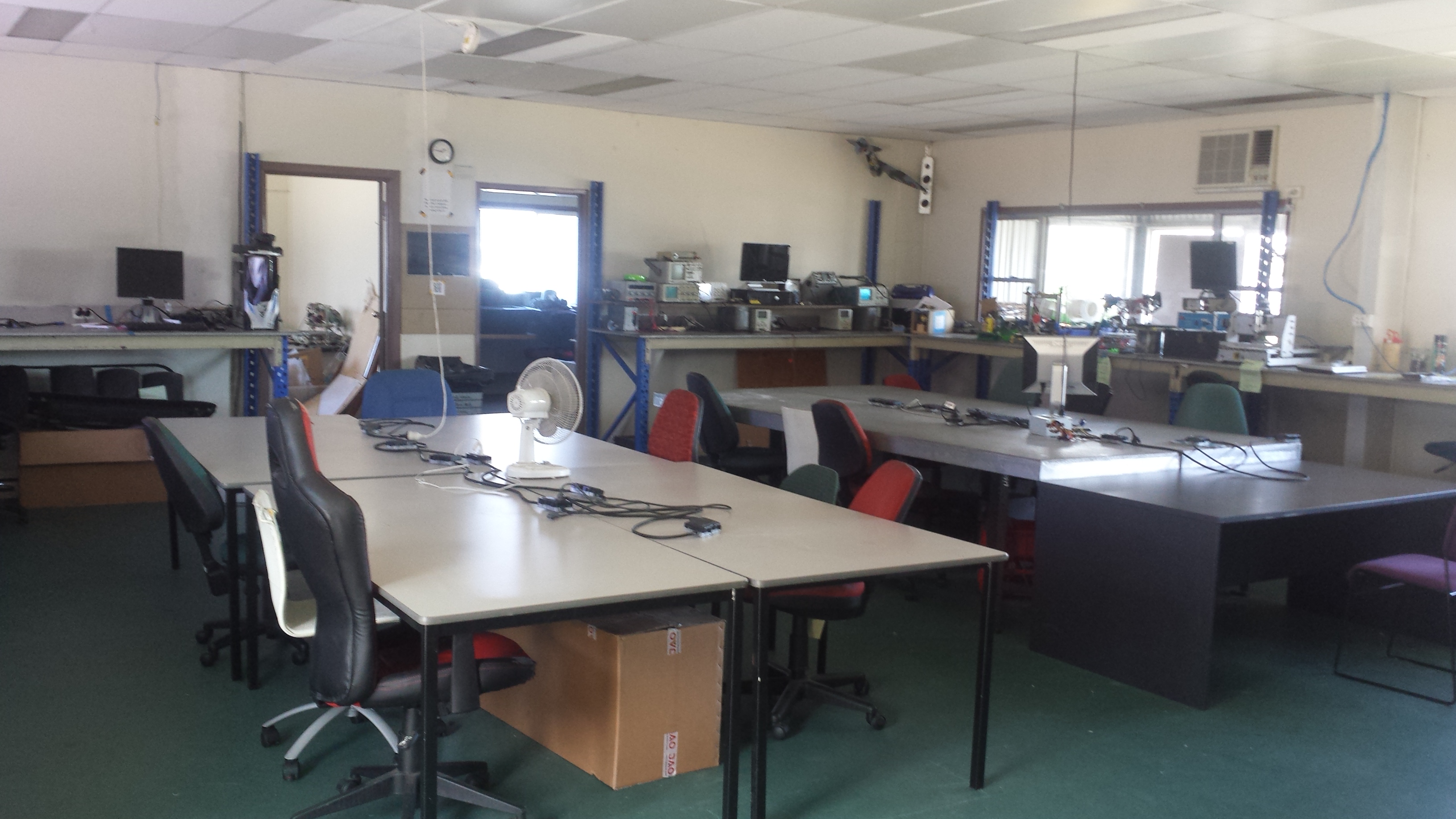 also, 2Kg of swarf was cleaned up from the machine shop which tells me one thing…A lot of hacking is happening which is awesome

Thank you too all members for starting the year off so well. Lots of new people through and heaps of hacking already happening this year is exciting.

Special thanks to @Svenska for fixing the broken mower so well it now wont turn off, even when deprived of air and pushed ‘aggressively’ into 1.5m high grass. @Svenska @victorv @merseyless @mattcosta18 @others for helping with the mowing! Many hands yada yada yada.