First off, huge shoutout Arcadeworx and DIY Arcade for the wood and electronics respectively.

So this is what we started with: 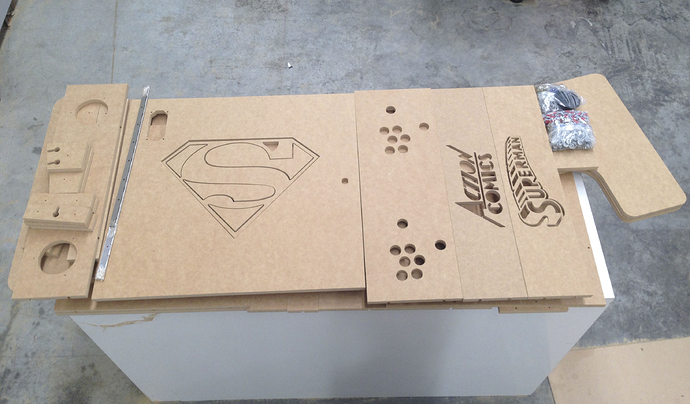 As you can see, it’s essentially a piece of IKEA furniture. I took it home and with some help from my sister we got THIS far: 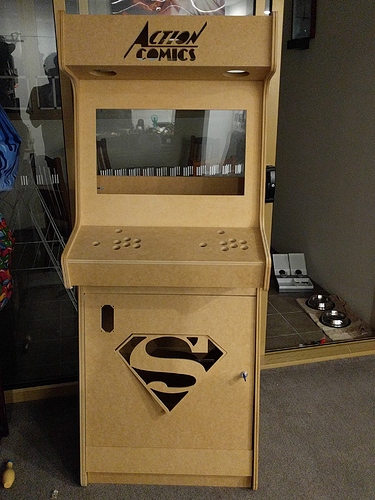 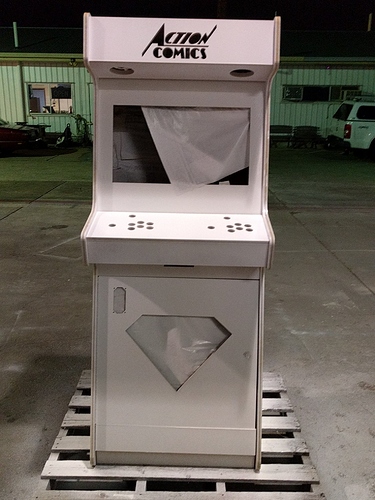 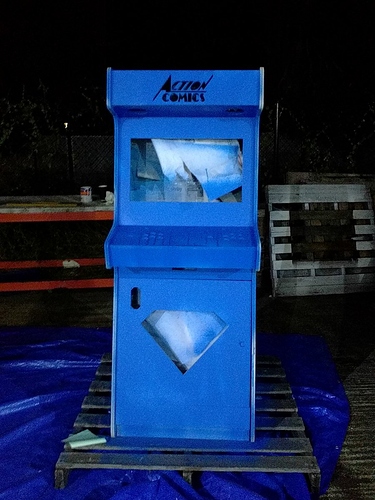 Next steps are Perspex at the front and in the marquee, attaching the S logo and the electronics getting inserted.

Ok so, we ran into a few issues that nearly turned into disasters but with a little inginuity we were able to move forward.

The first thing a few of you probably noticed is that there was no room to get into the console, meaning attaching the joysticks was near impossible. SOOOOOO: 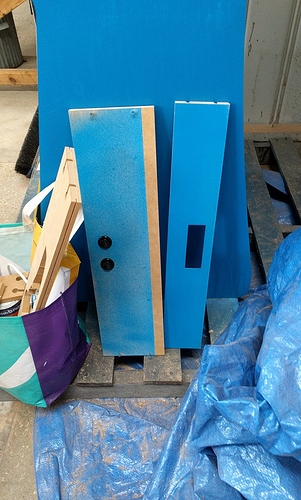 I took out the front parts beneath the arcade. This let me get in underneath and attach not only the joysticks but also the microswitches: 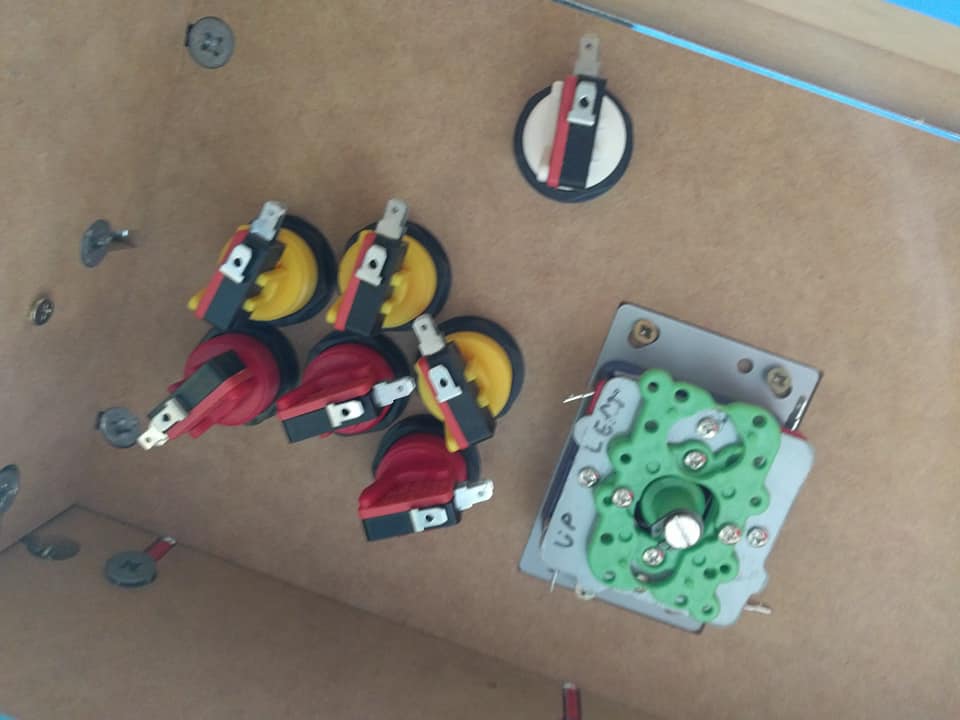 Everything has a nice clicky sound and feel now. and from the top looks pretty good too… 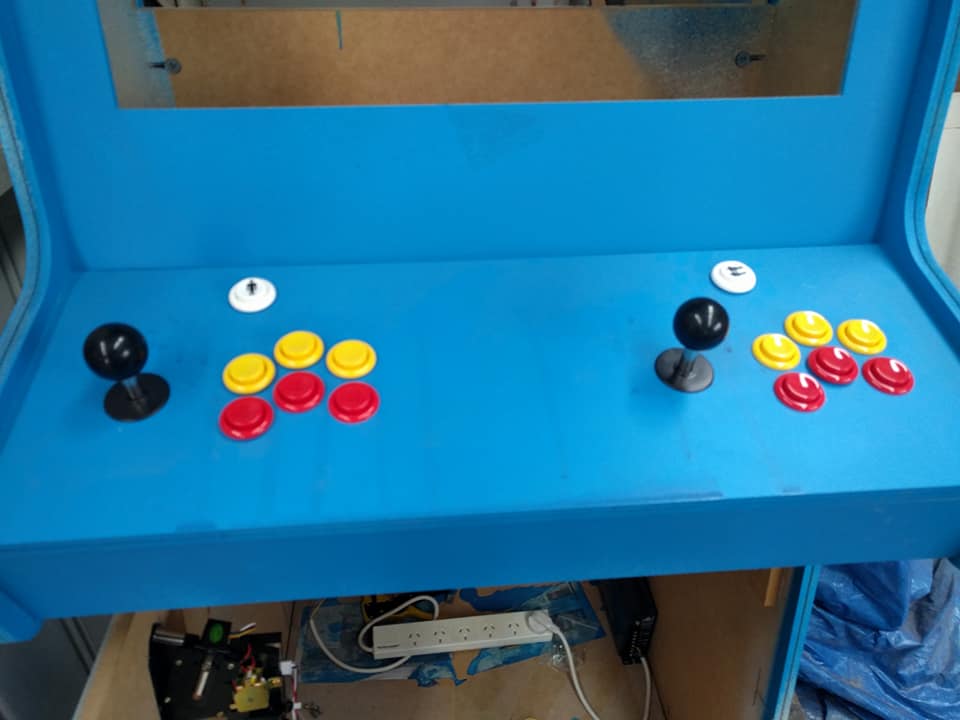 After some forcing and rewiring I also added in a coin acceptor: 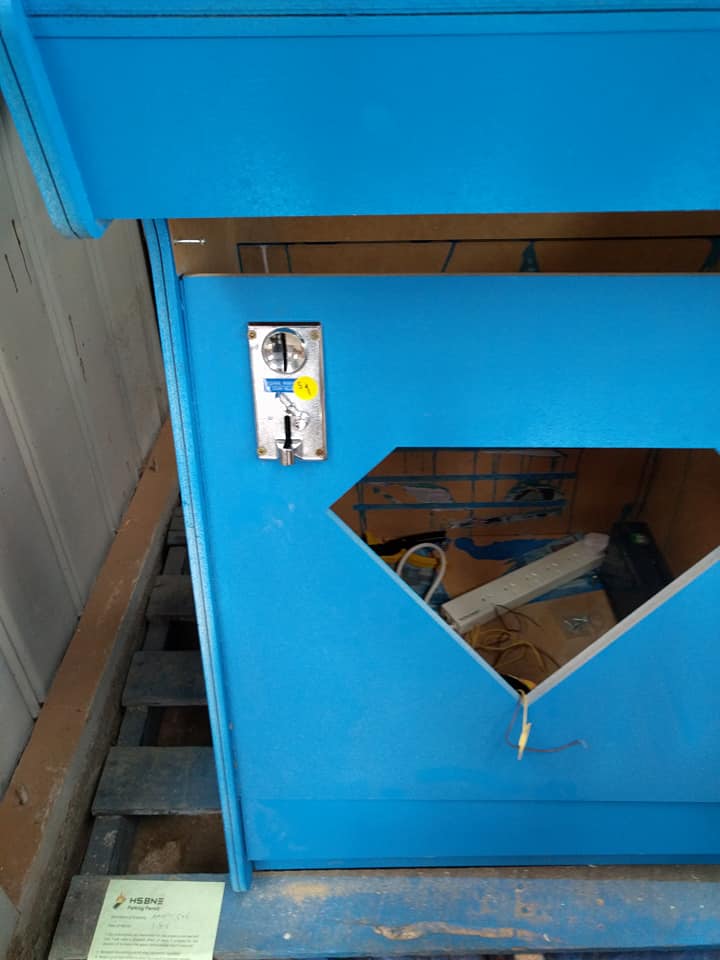 Finally, because I had some time on my hands, I painted the S that’s going on the front 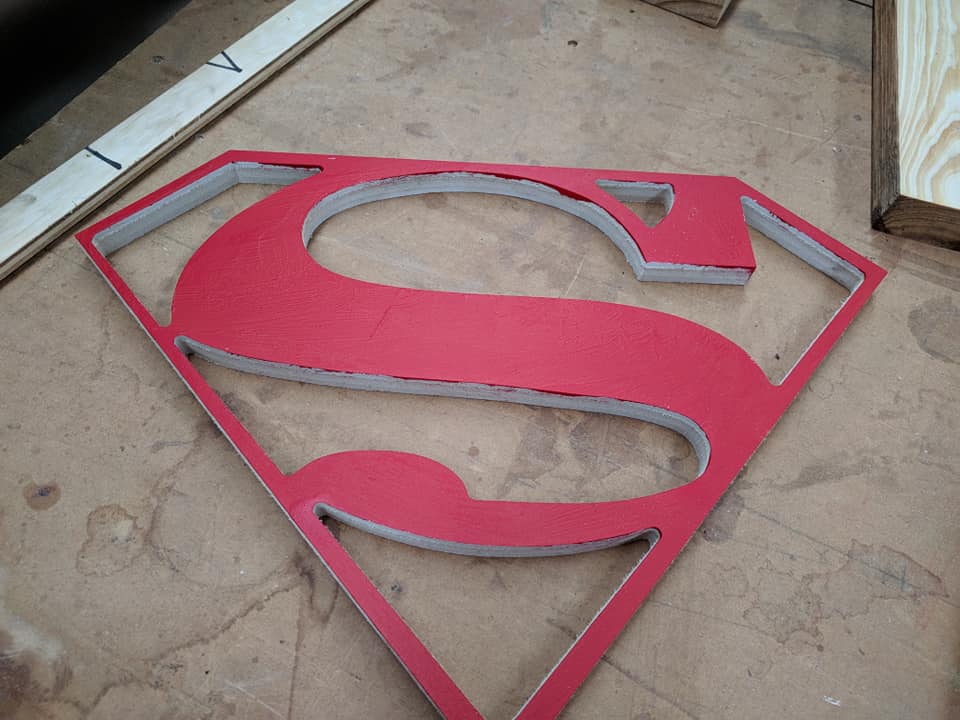 I can TASTE the end of this project

So we got it working

Huge shoutout to mah boy Dan who helped A LOT through this project. We’re nearly done!

Ok so we’ve gotten A LOT done over the last little while. Check this out:

With Meka’s help cutting and Dan armed with the drill, we mounted the S to some perspex. I look cute like this!

The next step was pretty easy, attach it to the cabinet. (and put the parts we took off to access the joysticks back on. After mouting the amplifier) 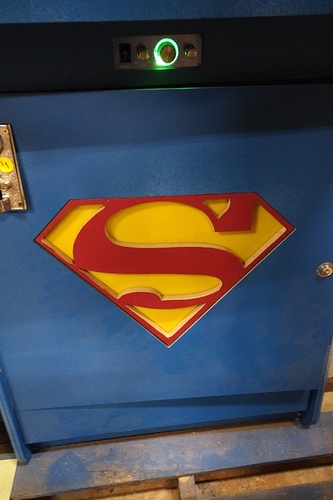 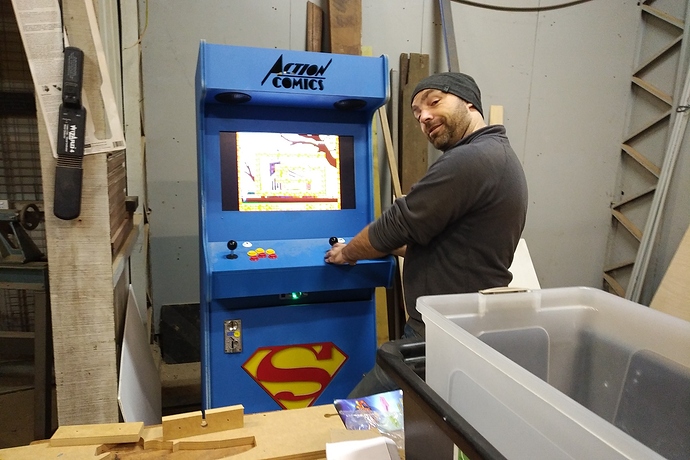 As you can probably tell I’m pretty excited to be nearly done. Here’s a video of every part of the machine working. Just have to fix a few cosmetic things and physically mount the speakers and what better way to test them than Micheal Jackson’t Moonwalker?