The BUG got well underway this weekend, with a mammoth effort from our effigy crew. Visitors to the yard will notice the pile of pallets that arrived last week has become a slightly more artistic pile of pallets, accompanied by a somewhat disturbing detached hexagonal head.

As an Irishman, i’d like to offer my personal thanks to the Queen for giving us a three day weekend.

Next steps will be getting the damn thing upright, attaching some legs, and creating mechanically folding wings and an impractically large proboscis - all just in time to disassemble and transport to site! 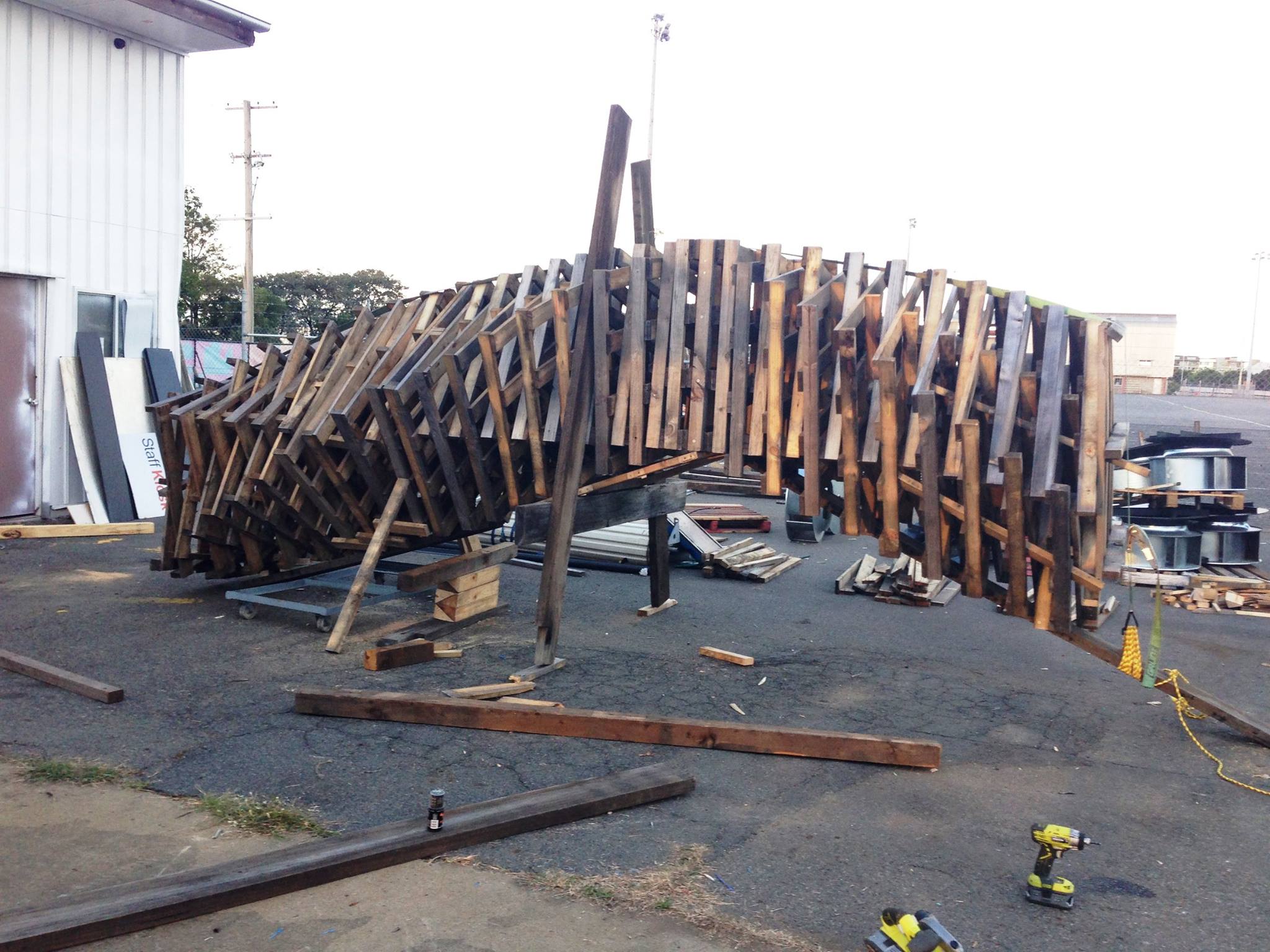 I caught a photo of the finished effigy just before it was craned onto the back of a truck. I hope someone else got more/better photos; I was in a bit of a rush and couldn’t hang around to take any more! 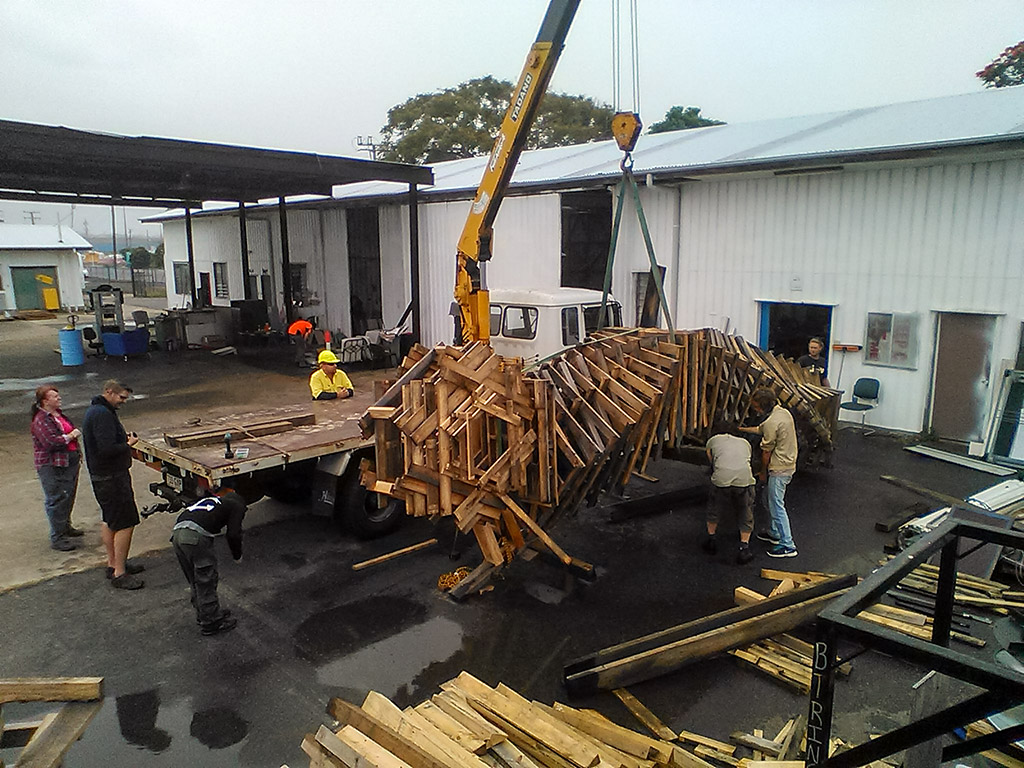 Don’t worry @riumplus - we were just hoisting the beast up to its full height (and uncovering the full extent of structural weaknesses in the process). She’s still sitting in the yard with legs messily attached.

Great shot though! Thanks for sharing.

There is a powedrill left in the rain 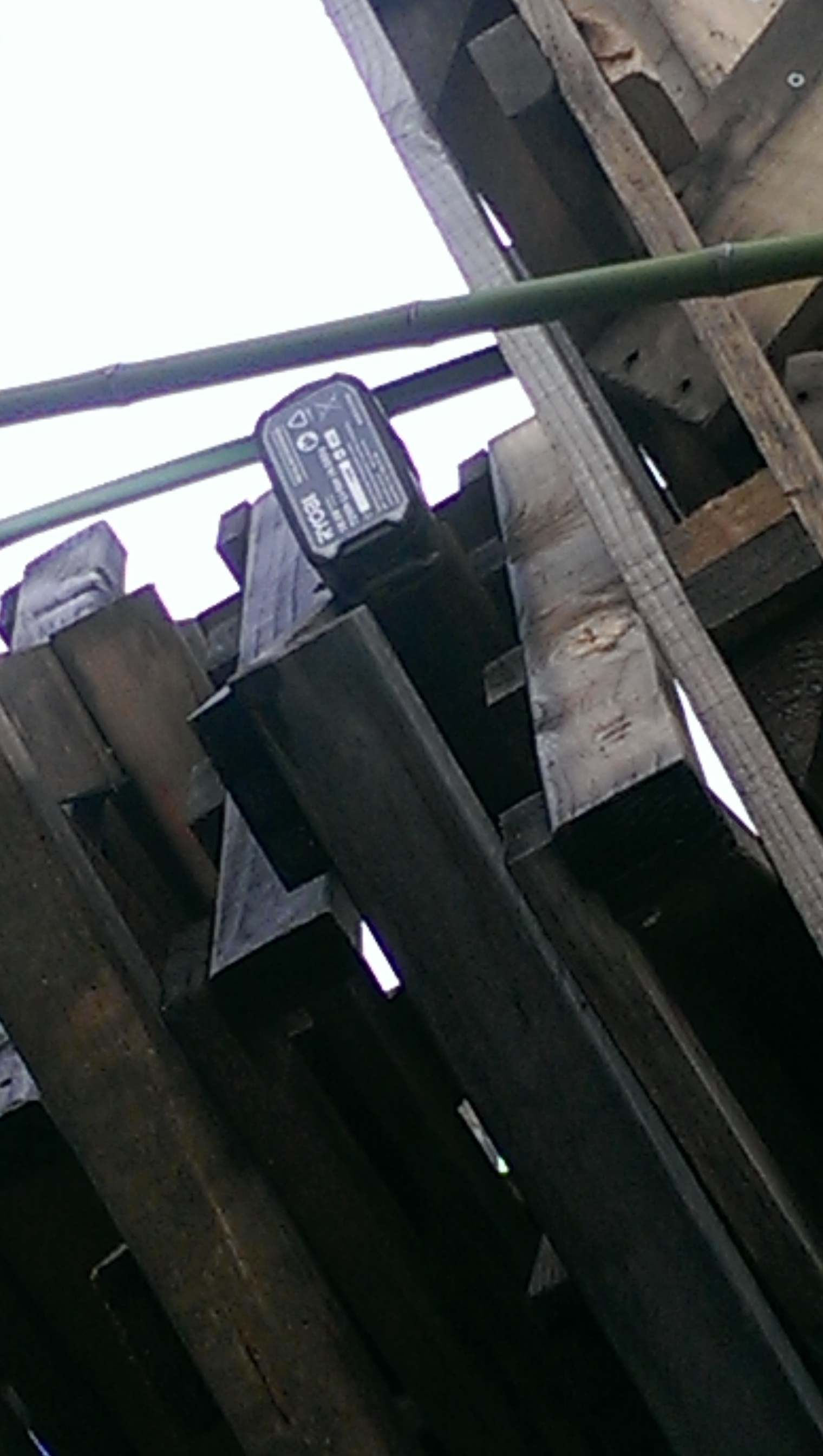 Thanks @jace.
Any chance you could grab it for us and put it inside? I would be eternally grateful!

Ryobi - it’s either Karl’s or Andy’s.

@riumplus That is an impressive angle to get the photo from. Were you on the roof?

Looks more like on the fence, but there also may be objects large enough to stand on (like the small crane frame) that you could get that height.

Close! On top of one of the many tall piles of pallets near the fence.

Probably the second to last update for the bug… The last will be images of it burning at the upcoming Modifyre 2015 (check out http://modifyre.com/ for details, I’d love to see a bunch of HSNBE people there). Anyway, on with the update, firstly the bug looked great on the WonkyQueensLander Launch party on the last weekend, so thanks for to all the people who helped make this possible. 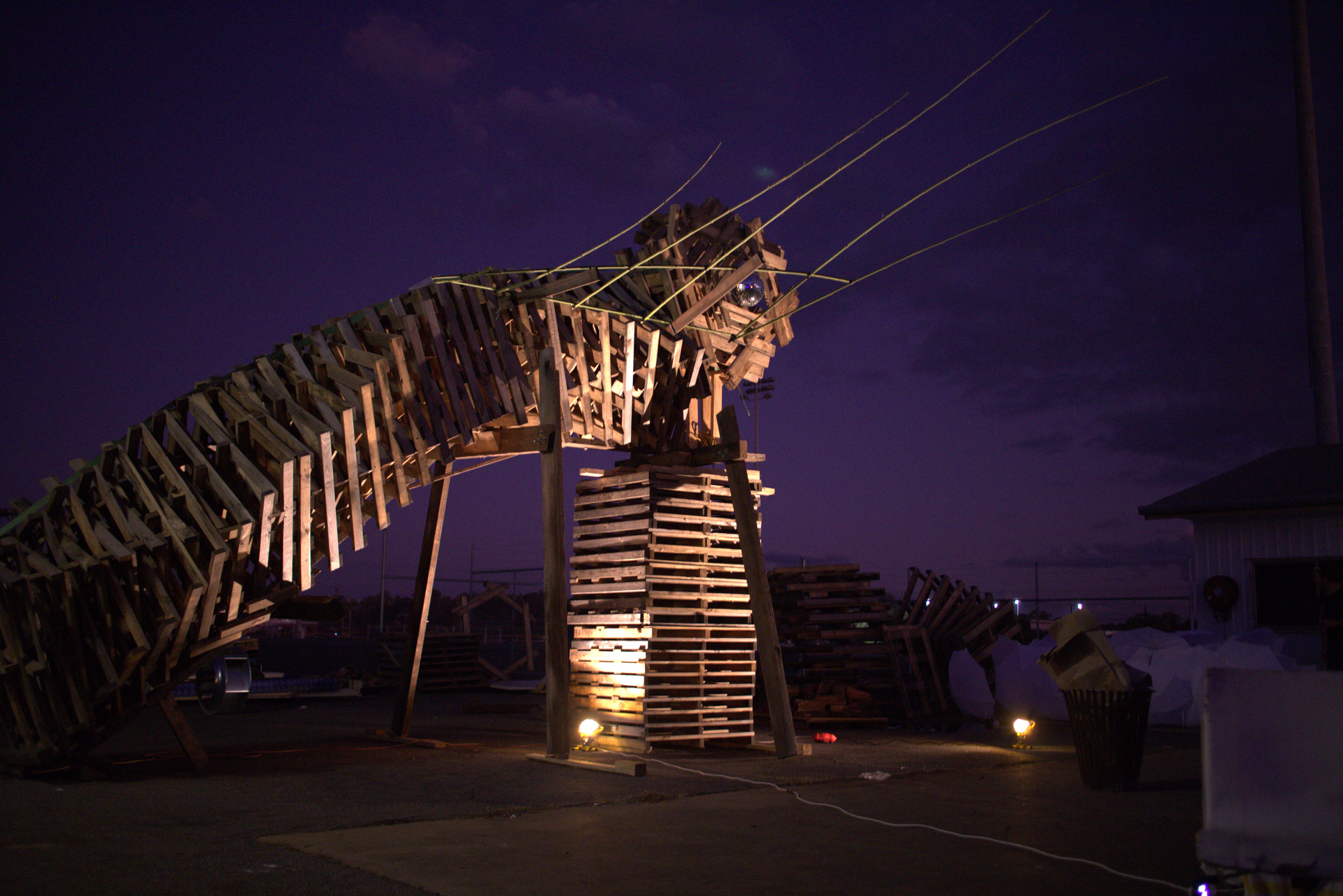 Secondly the bug is now off its legs, and on Friday will complete the final stages of being stripped down for transport to location. Here is a shot of its current state as it stands currently (image from 1:35 this morning). 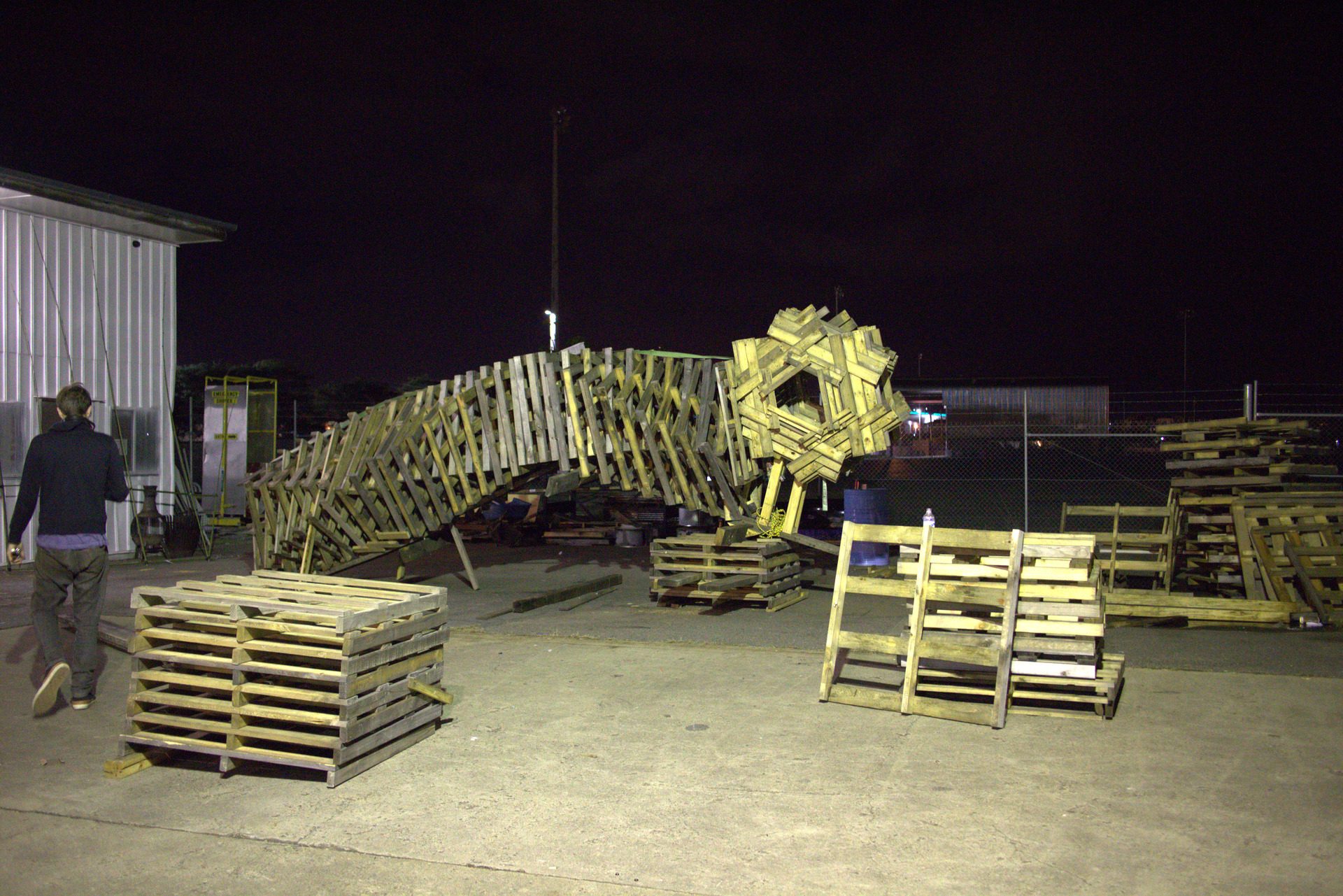