It’s been a while since I posted these. I have a bit of a backlog. So let’s get back to it!
Geek shirt #73: Mount Bruce Venturer Unit… an old scout shirt from my old troop. I still had it lying around. 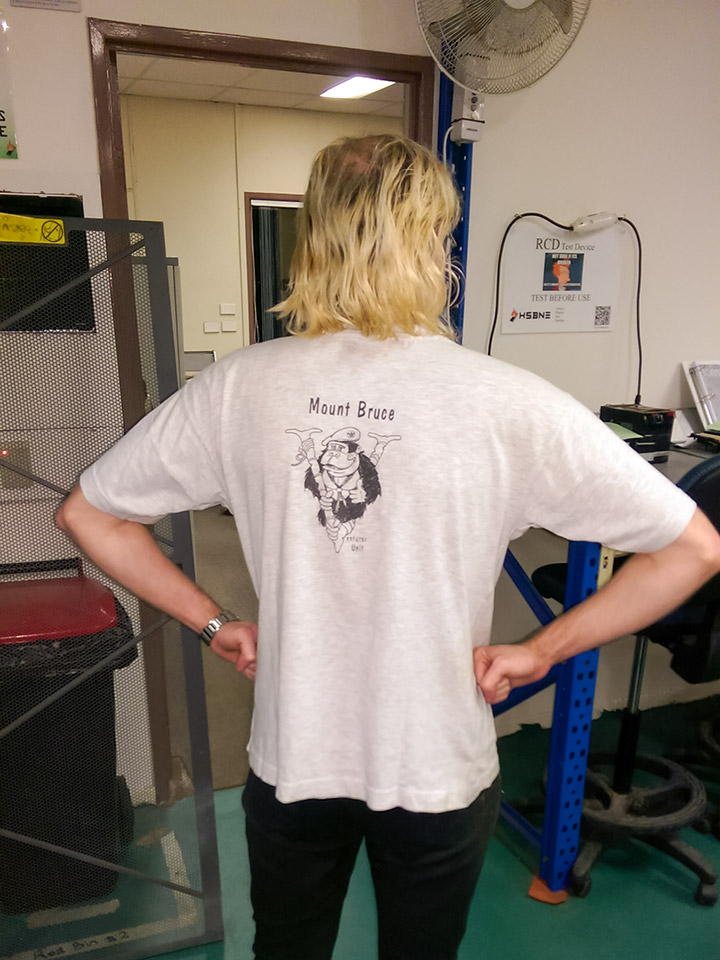 Geek shirt #74: Obduction World Tour, a T-shirt for Cyan’s latest video game, exclusively only for backers. So of course I have one. 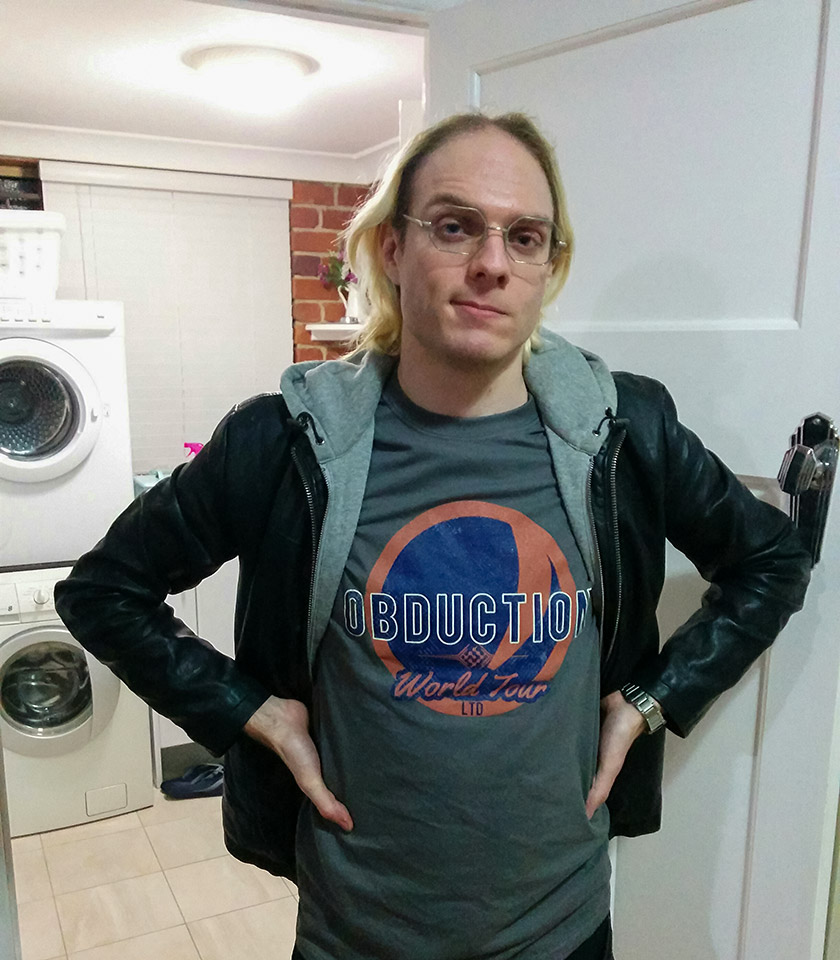 Forgot to take a shirt photo at HSBNE this week, so I grabbed one at home instead. Oops.

Geek shirt #75: Hendo Hoverboards. The technology of levitation via magnetic eddy currents interests me. Assuming they can make it not so deafeningly loud. 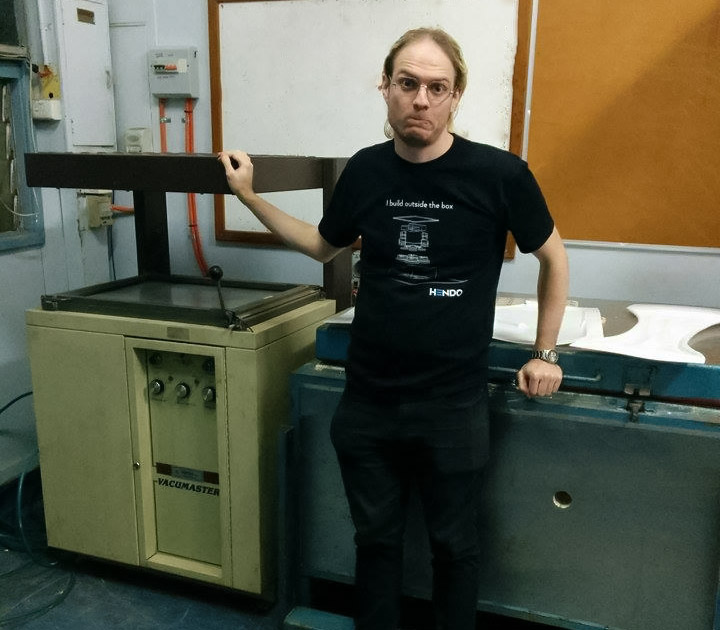 Geek shirt #76: Yarrr, Talk like a Pirate Day be here again! Me piratin’ outfit be on display this week, along with some insulation we plundered from the hardware store. This should help keep us comfortable when summer comes around and it’s hotter than a fur coat in the Caribbean. 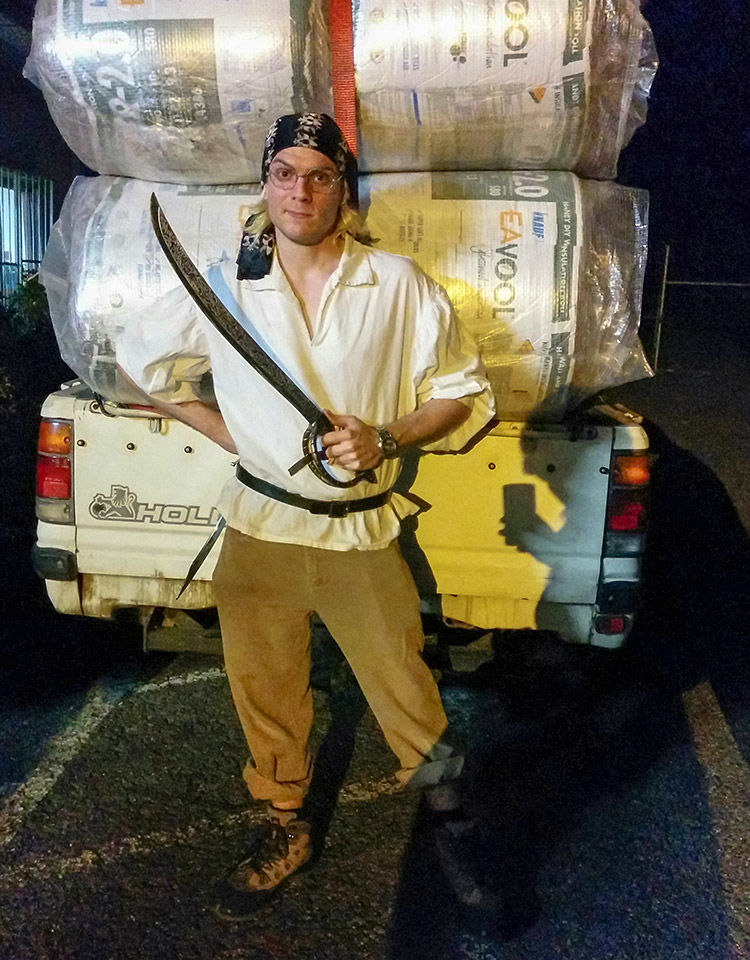 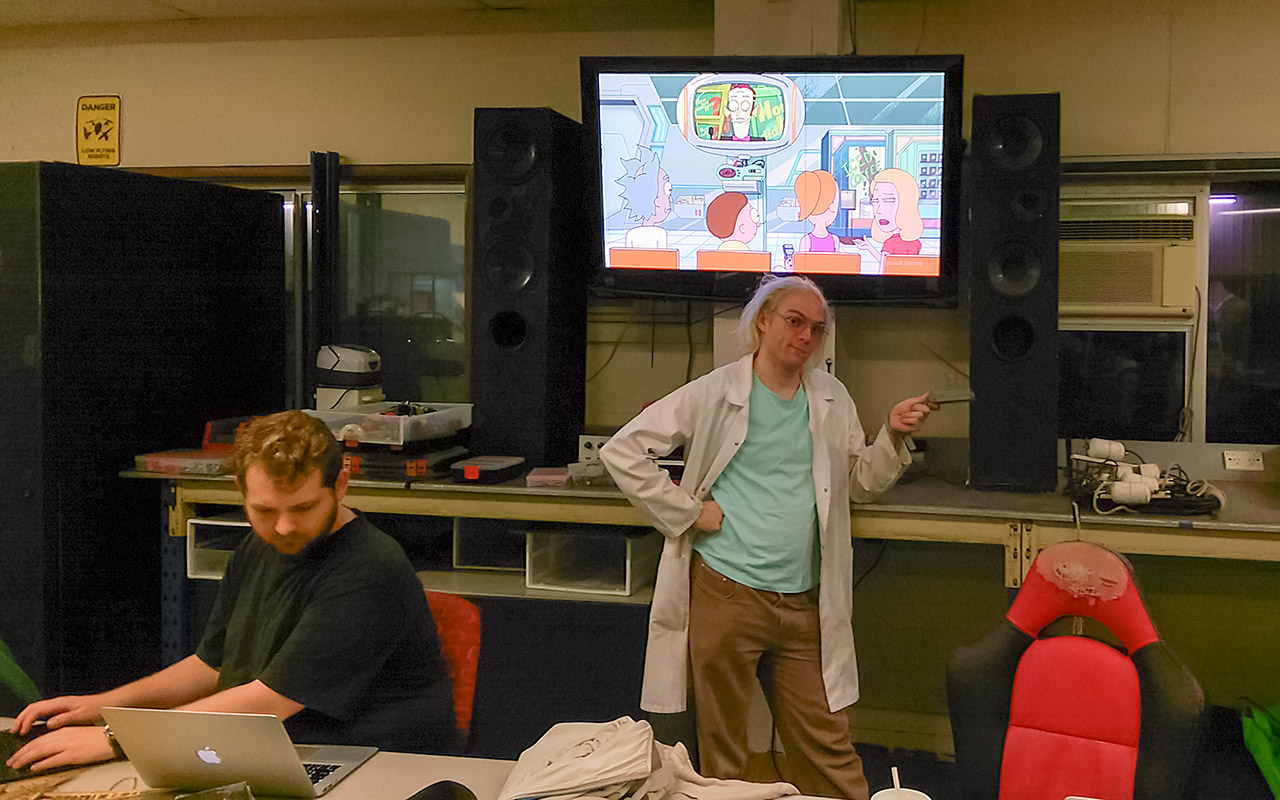 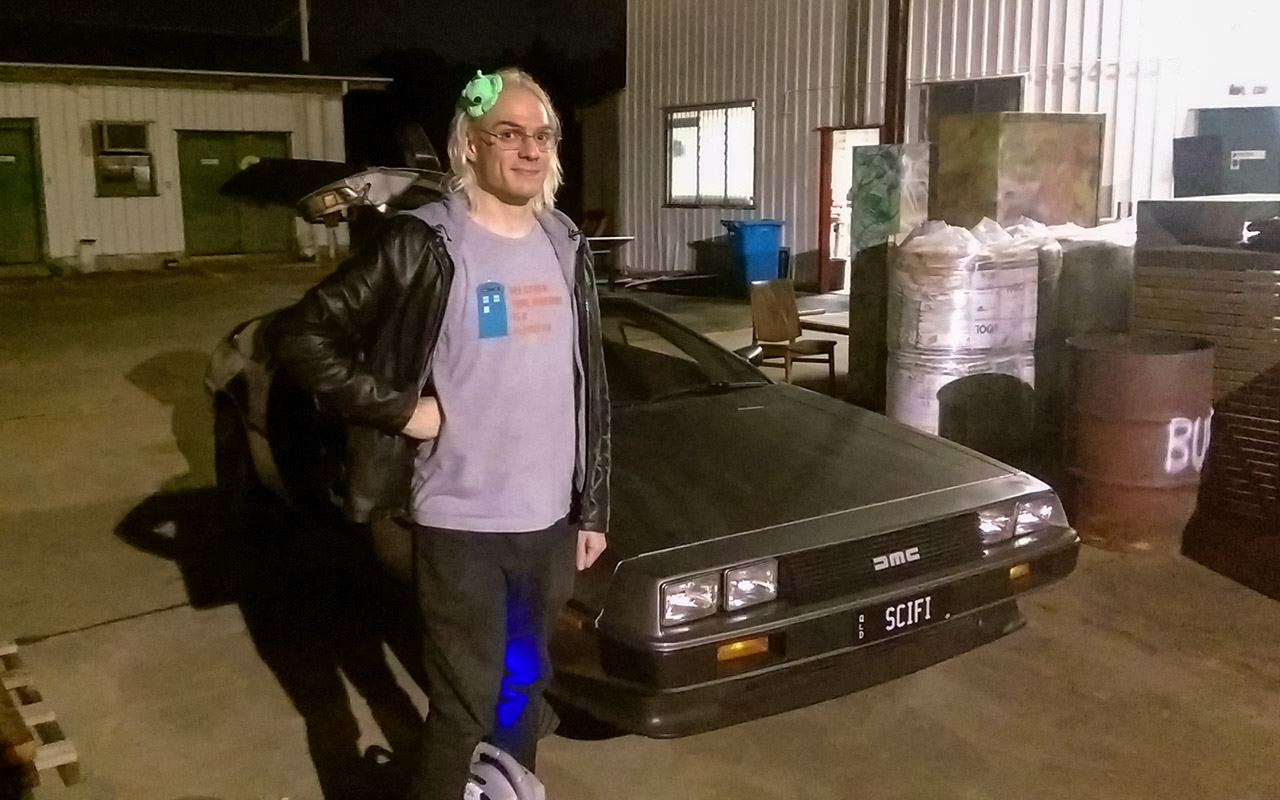 Geek shirt #79: Holy Balls! A Zombie T-Rex! A shirt from Halfbrick, the makers of of Fruit Ninja and other games. 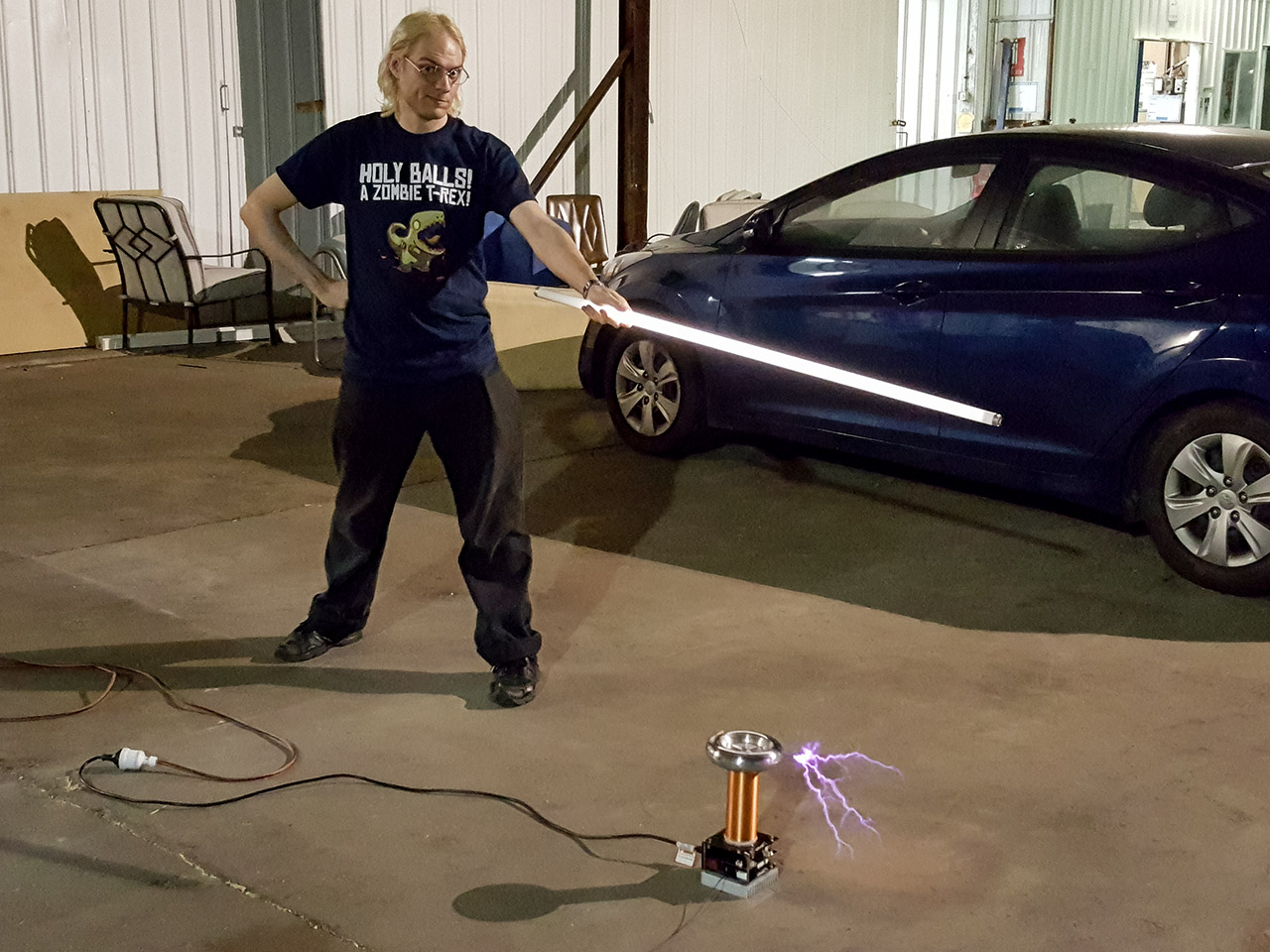 5ace50d44d46a2f7.jpg1280×960
I built a Tesla Coil. It plays music while shooting arcs of electricity through the air. Not only that, everything nearby is getting ionised with the high voltage potential… To the point that waving a fluorescent tube near it causes it to light up. And yes you might notice that the glowing stops where my hand is; that’s because it’s flowing through me where I touch it, down my feet. Don’t try this at home!

This is what I get for not uploading them ASAP! Rather than wear the shirt a second Tuesday, I’ve decided to just take a photo of it on a hanger. 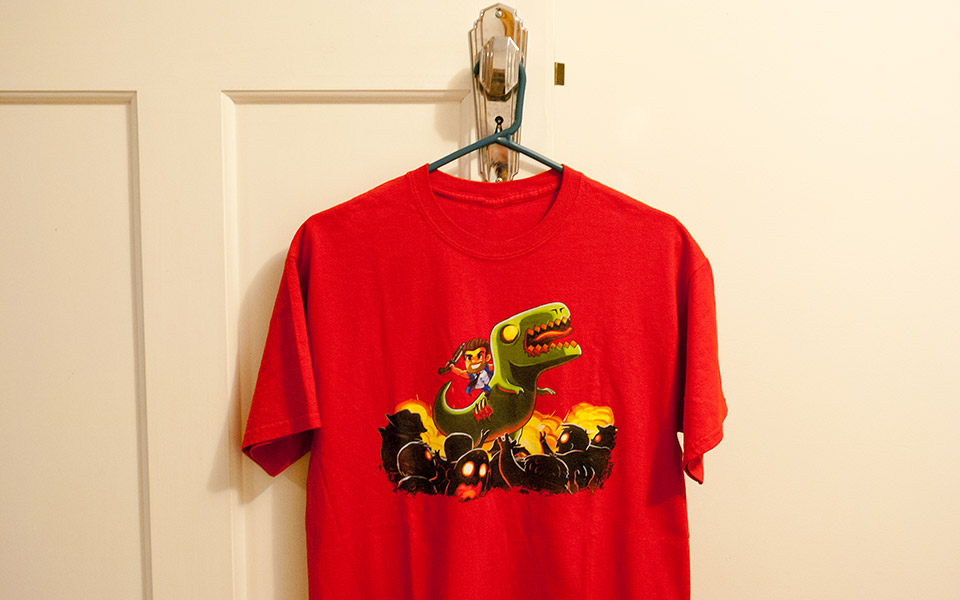 Geek shirt #81: Hoagie’s shirt from Day of the Tentacle, a classic Lucasarts adventure game from the 90s. Gnarly. 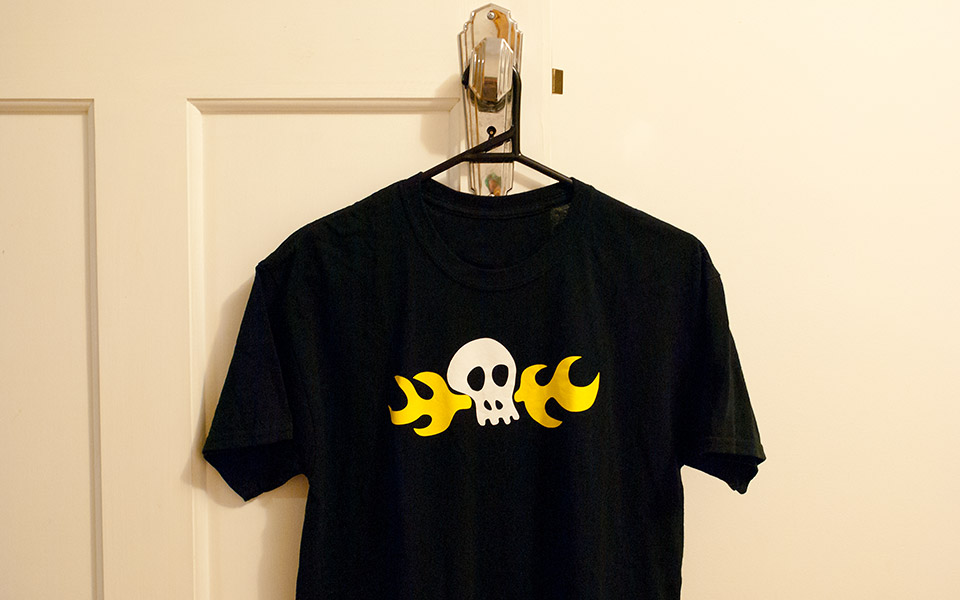 Geek shirt #82: a Yes Man costume that was assembled in 72 hours for the release party of Fallout 4! Blame @Boo for this one (who is Vault Boy). I don’t seem to have a photo from this week either, so here’s one from the actual event and here’s a video of me wheeling around the space. 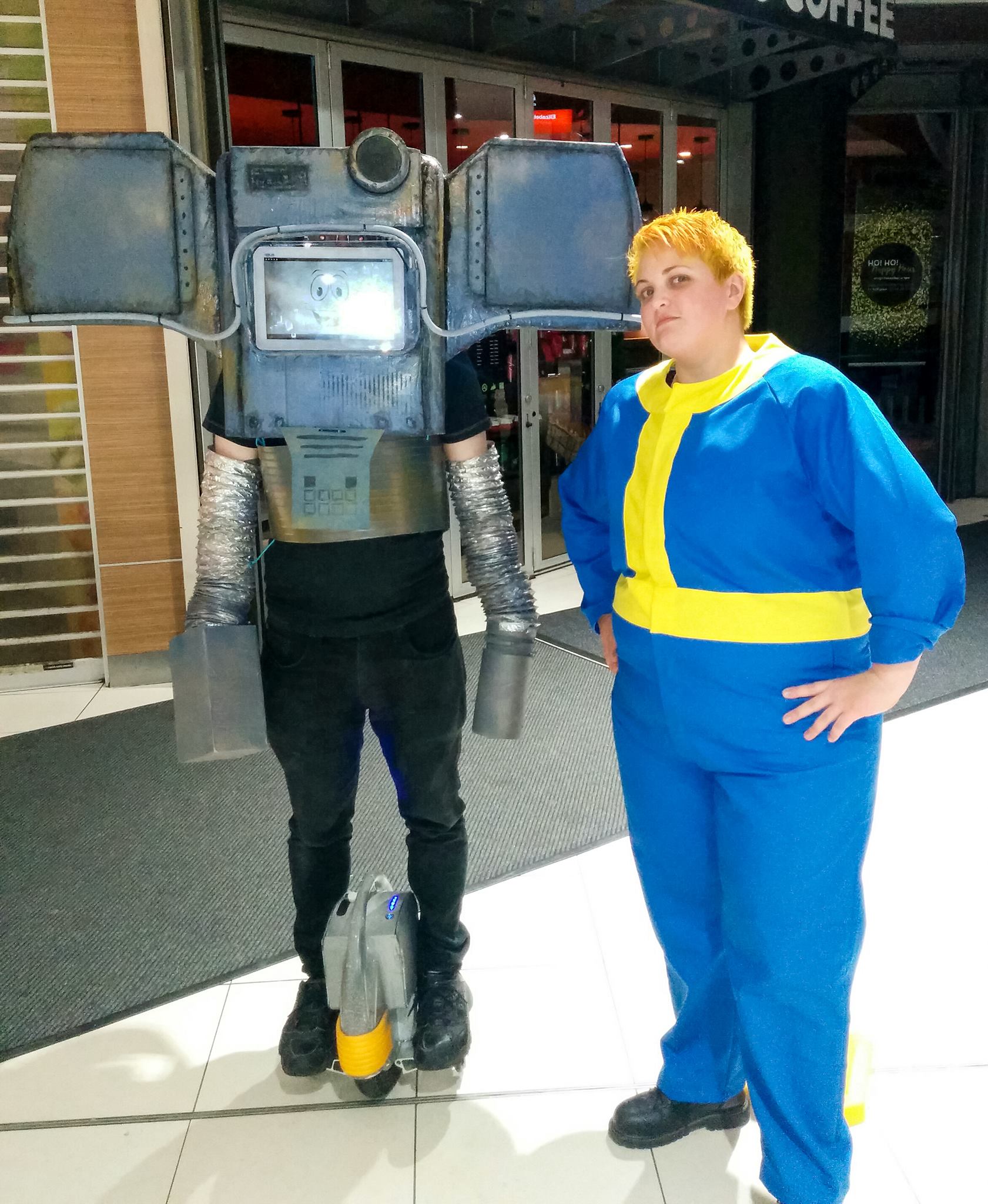 Geek shirt #83: sometimes a shirt is so niche I’m just not going to explain it. You either get it or you don’t. 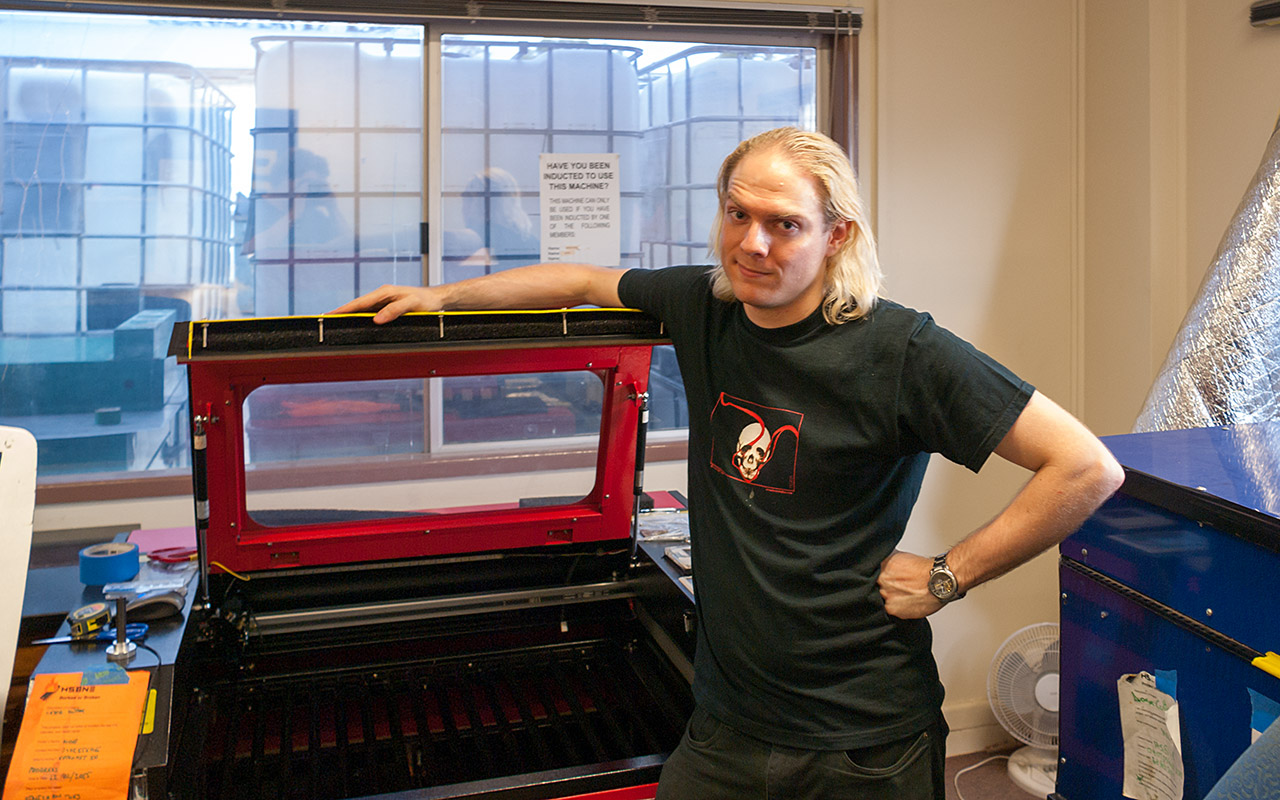 Geek shirt #84: my antique Victorian suit, complete with tails! Today was International Pretend to be a Time Traveller day, so I thought I’d do something a little interesting this time. And Bundaberg Spiced Ginger Beer is absolutely delicious. And also for no real reason, my hair is now short and green. 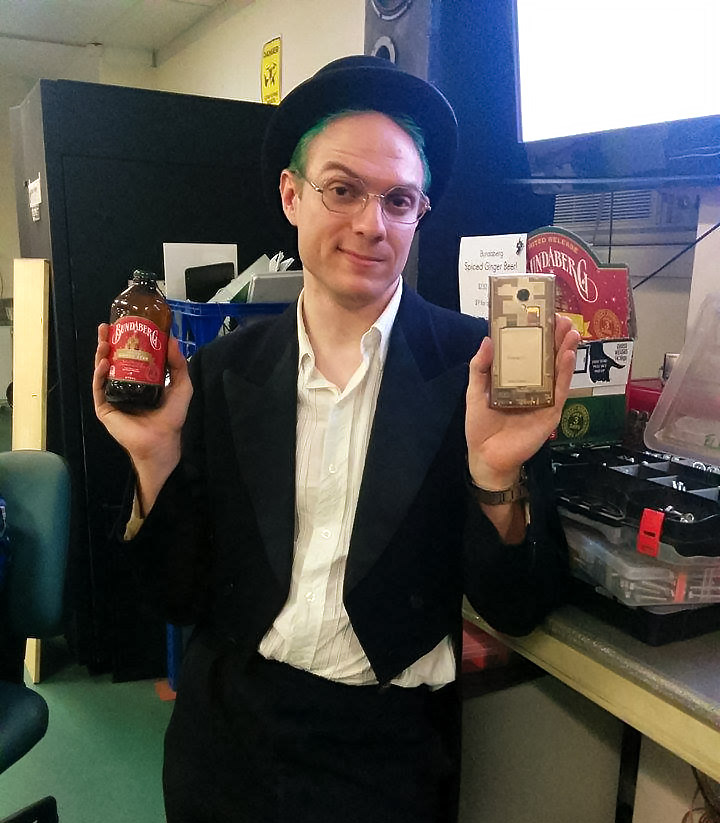 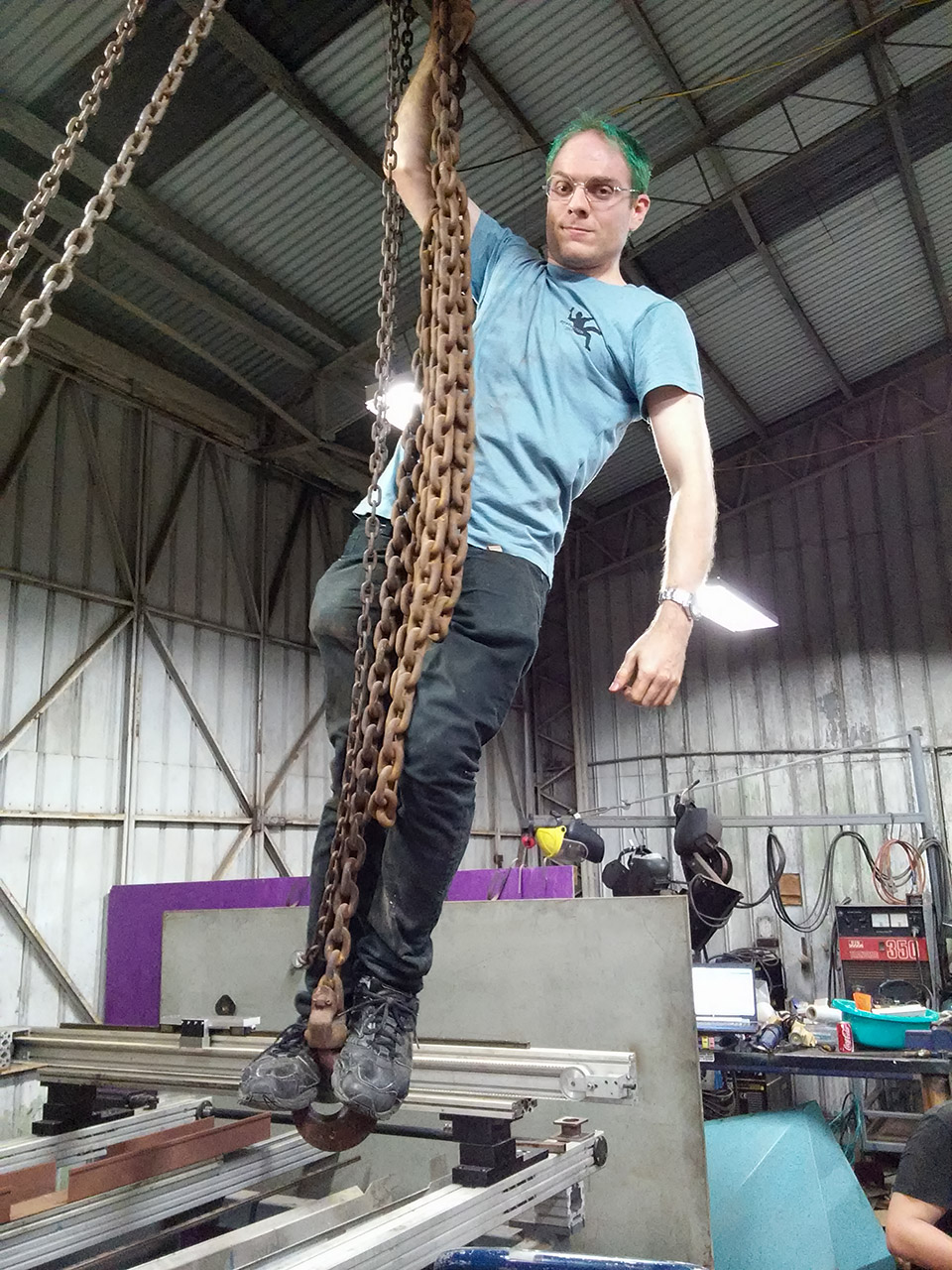 b9e734491fdbe570.jpg960×1280
I needed to get up high to get a good photo of our new Mill. The easiest way to do this was to just lift myself up on our 2-tonne hoist. Confession: this isn’t the first time I’ve lifted myself with our hoist.

Geek shirt #86: “Game Music Bundle”… exactly what it says on the front. And let’s just say that some people will raise their eyebrows when they finally see that I have this shirt. 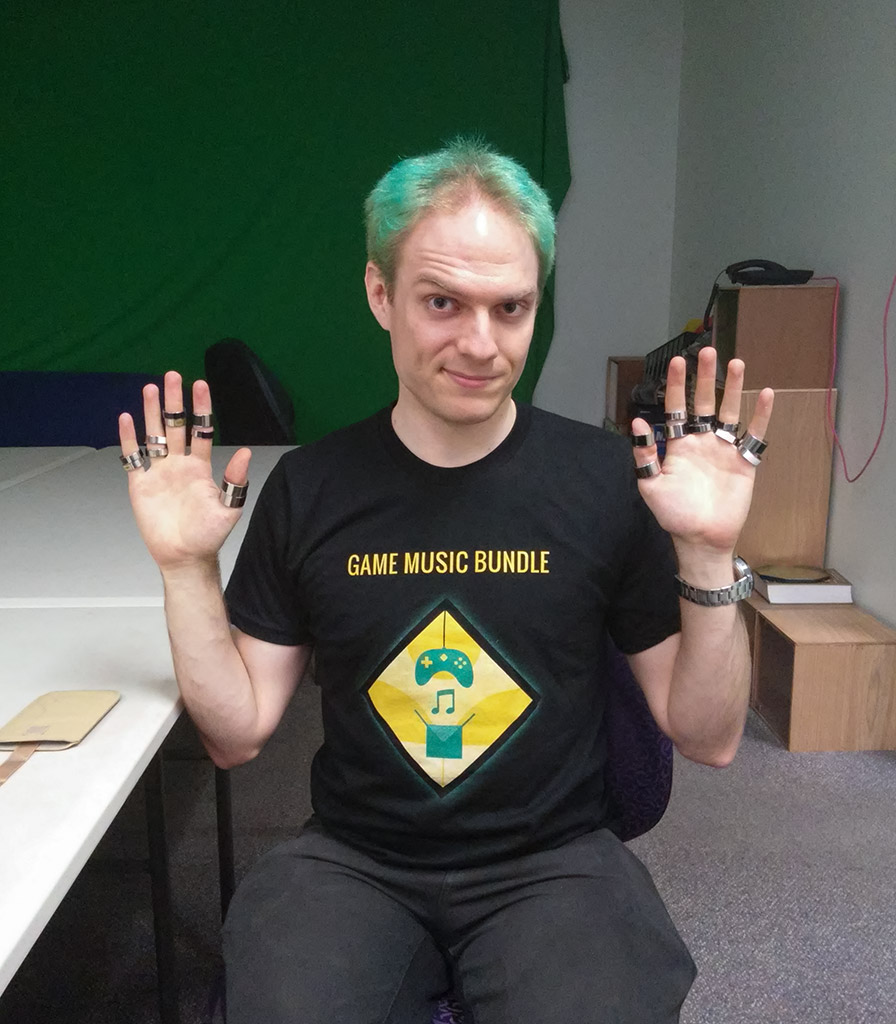 Geek Shirt #87: an original Neverwinter Nights Collector’s shirt. I opened the package and wore it for the first time just to take this photo. Feel special 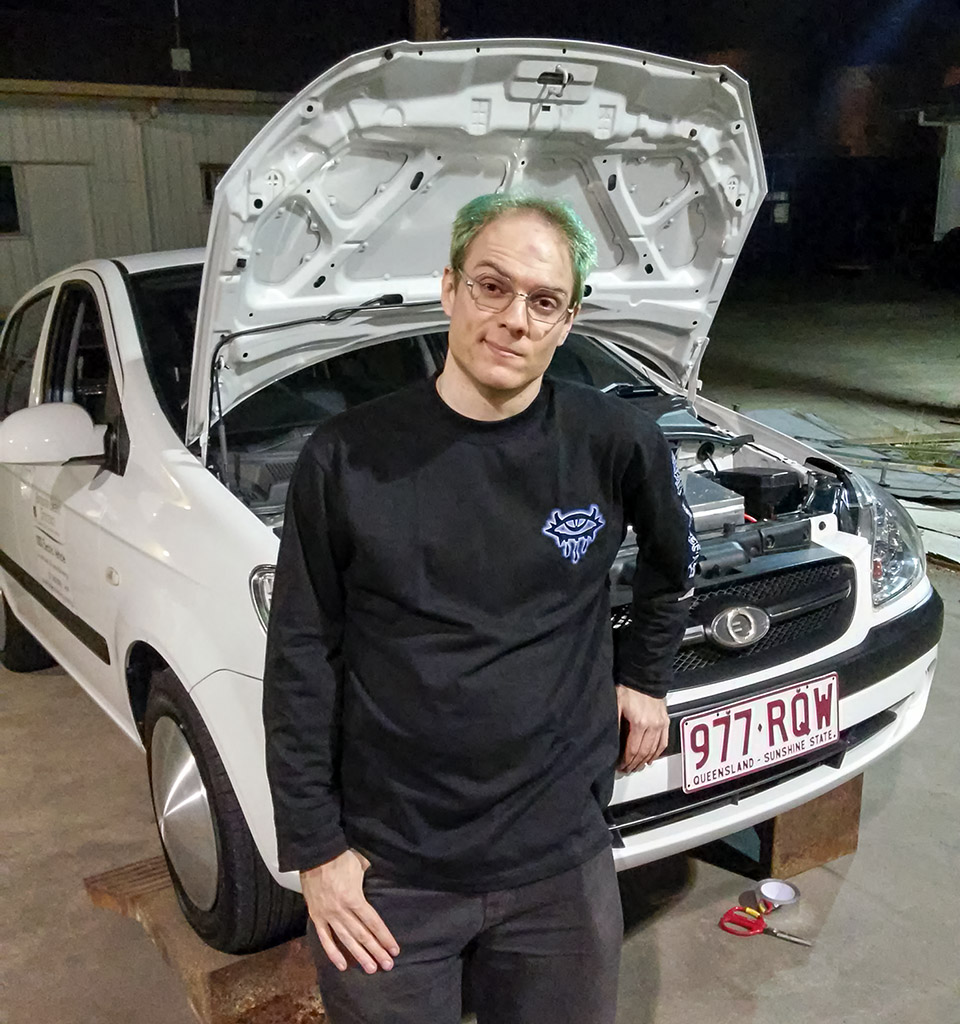 I spent this Tuesday doing more work on the electric car, improving the air-conditioning output & optimising some airflow aerodynamics. More details in my Build Log for the car.

I spent this week assisting with the reorganisation of the Laser Cutter room. Things are starting to get pretty swanky in here!

Geek shirt #… wait what? I’m shirtless? That’s because I have officially and finally run out of geek shirts! This has been a long challenge that I started February two years ago, but it’s finally complete! So I couldn’t resist taking a photo surrounded by all of them. 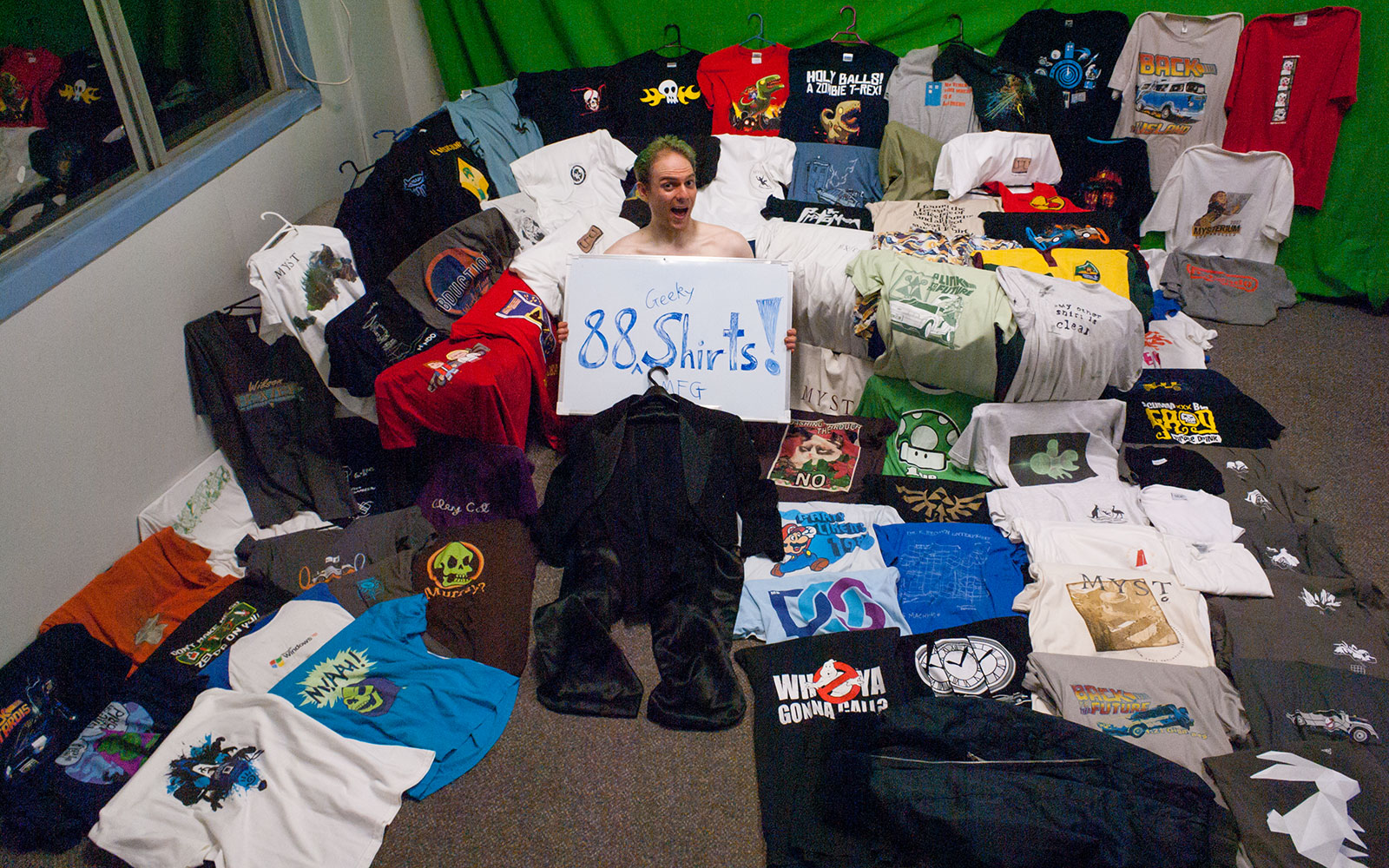 You might be picky and notice there’s only 80-something shirts around me… a few were in the wash. You know how hard it is to keep track of 88 shirts?

Seriously, this is just one of my wardrobes! 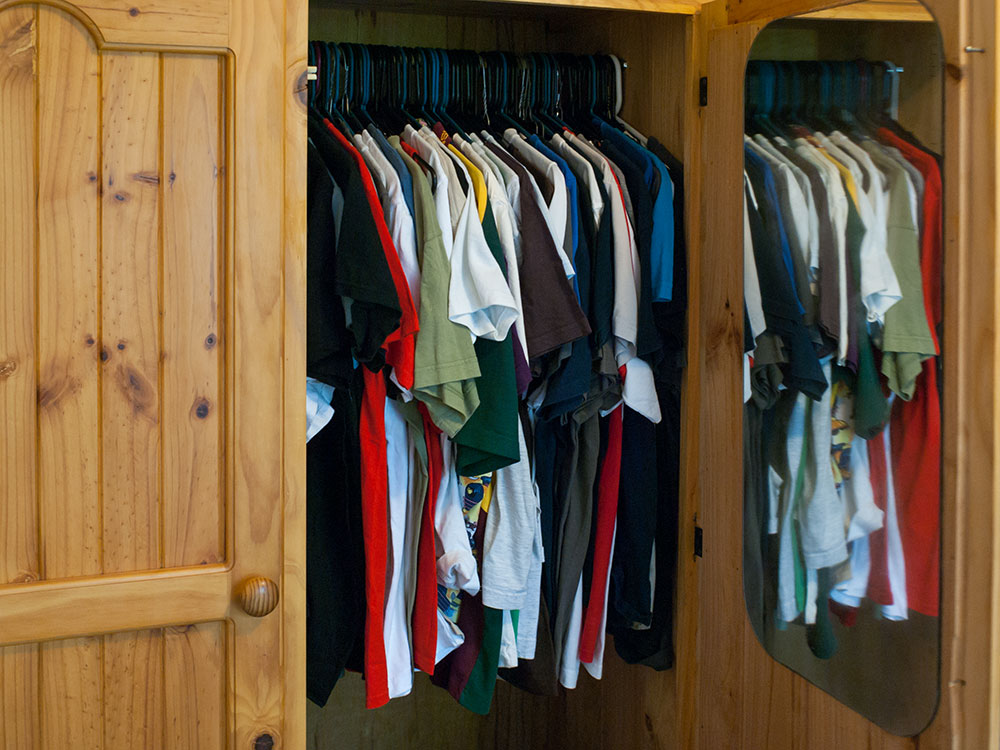 And now that this challenge is officially over, I’m gonna need something else to do each week at the space. Who knows what I’ll do next. But whatever it is, please don’t buy or gift me any more geeky shirts. I have plenty.

Well, you could always try something along the lines of what I did a few years ago, grow a beard without trimming for 4 months and take a photo every day