So a while back, @dynamite stepped down from the woodshop and I took up the mantle. His outgoing act was to aquire us the new table saw, but everything the woodshop has so far is due to him, so first off I want to say thanks.

I’ve been working quietly and planning and this is where I think we are headed. I’m hoping that you’re all on board to work hard to make the woodshop kick ass by the end of 2017.

This is kind of the overarching thread, I’ll make ones for specifically talking about details. One for the table saw, dust collection, etc.

We’re actually not too bad, but theres still some big goals to kick.

The 3 core machines for a woodworking area are table saw (goal kicked, hell yeah), A spiral head cutter planer/thicknesser combo, and a large format bandsaw (12" throat or larger). I’d like to aquire those tools this year. So lets get our heads together and get good vendor deals, fundraise and generally work hard.

Lets get the other one working, its much more sturdy. perhaps down the line we can look at a more modern unit of some kind.

We need some more versatile sander options. Some belts, a bigger/more stable disc sander, and a spindle sander. Maybe even a radius master if we can.

See below, but its going to get bigger/better.

Right now, I have some cabinetry I’m building in the boiler room so we can demolish the storage room thats in the corner of woodshop. Thats waiting on the table saw to be up and running, which should be pretty soon I’m hoping. That should give us some much needed breathing room.

I’ve thrown together a sort of ‘overview’ of how I think the new layout will work. Its open for discussion but I think this will serve us well.

This will center around the table saw and outfeed table. I think we may rotate this, I’m a bit concerned about kickback going through the door. Not too sure just yet.

The idea/goal here is to have the saw, probably thicknesser/planer, bandsaw and any other tools that make sense to do so operating around this central island. I’d also like to see about perhaps building in the router table into the outfeed/assembly table. Various woodworking youtube channels have implemented something like this and it seems to work much better than the typical approach of throwing stuff up against walls.

The outfeed table will be roughly designed on the paulk workbench.

The plan is to rebuild this entirely. Rough concept at the moment is to throw together some modular steel frames, maybe 2x1m tops, out of 75x50 and 50x50 SHS. 25mm ply on top of each to make them super solid. From there, I’m thinking we will follow something similar to the modular design from this series. Boxes on top to bring to a standard height and go from there.

This wont be just the mitre saw station, I think we will have a number of tools along here, such as disc sanders, grinders, scroll saw etc.

Underneath the frames, I’d like to build a series of simple carts, along the lines of this shape, where the central partition is set up with french cleats. We can do 90% of our storage on these. Measuring equipment, hand tools, power tools, etc. 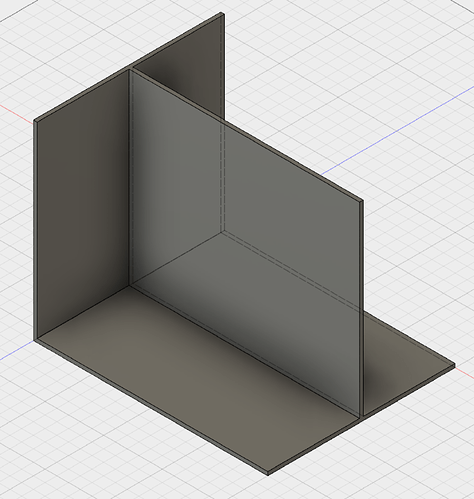 I’d like to keep both of these if possible, they’re super useful. Just need to figure out where they fit.

We have two, lets get the other one working. I’d like to have them back to back so we can build some nice dust collection and cleanup that they share.

These are quite common online, essentially they’re very heavy laminated beam surfaces, with various clamping options. Ideal for hand tools. It’s where you want to be if you’re doing dovetails.

I’m a bit loathe to allocate that much space to this, but barring other options its probably necessary. We’ll make some more carts like the existing one for sheet goods, and some similar ones to replace the existing storage for the various beam materials we have.

We may also investigate high storage on the right hand wall for long beams etc.

So theres heaps of space in the bay around the compressor, we just need to build a bigger shed and set it up with a duct in and power etc. There will be a thread specifically to talk about this. The gist is to have automatically actuated gates, a main bus for the room that we break out for tools/toolsets. We will also have some ports for air filtering.

So whats the plan, stan?

I’m keen to see woodshop greatly improve in 2017. This is the rough outline, I hope we all work together to make it one of the best parts of HSBNE

I’ve updated the original post to show the door location in the layout diagram.

I’ve been asked to clarify some points, happy to do so.

Lathes back to back???

Yes, its more efficient. We will build a sturdy partition between them for safety but thats the plan so they can share dust collection etc.

I would like to build a standardised list of consumables that are automatic reimbursement from wood shop funds if they fall below a defined amount. Consumables will probably include:

Help on turning that list into something more solid would be appreciated.

I want to label everything in the shop with what it costs, so people are more cognisant of their resource usage. Ie, thats a $0.5 screw, or a $1.2 screw. or a blades value etc, dont dick around with the $200 blade etc. Also want to have a few obvious donation boxes so people can pay for their usage.

Hopefully want to get a doc going that we stick to the door to let people know how the woodshop works, from donations/consumables to how dust collection works etc. I’m a big believer in Just In Time (JIT) documentation, so any help to write as much of that as possible would be great. I’m also thinking about a tool sticker system in this vein but havent solidified the concept just yet.

Yes, that layout diagram is not to scale in any sense, its just a guideline for discussion.