Does anyone have any info on the plumbing (if any) for the workshop? All I’ve found is there’s a tap near the electrical shop/machine shop door, the pipe for it goes into there storage area next to the blacksmithing area and from there it goes underground. I’ve had a poke around and can’t find where it would have come out.

The pipe after the tap was plugged and I’ve removed the plug but there’s no water, only a bit came out that must’ve been sitting in the pipe.

Anyone have any ideas?

There’s currently no water facilities in the workshop at all. However:

We have all the pipe and fittings to deliver water to each room in the workshop (except the distance to the machine shop and the concrete kind of prohibits it a bit without lots of work). This stuff essentially just needs to be screwed together. The reason it hasn’t is that we need to identify what our drainage options are, and to date noone has. So if you can do that, we can do it

Drainage wise, we need to figure out if there is any appropriate drainage in the workshop, and if there is, a method for piping waste water to it. Otherwise, if this is deemed impossible/impractical, sourcing some large drums, putting them on casters and developing an emptying method/process is probably the way to go.

Do we know where the tap in referring to leads to?

I’m not even sure I’m aware of the tap of which you speak, so not currently, no. 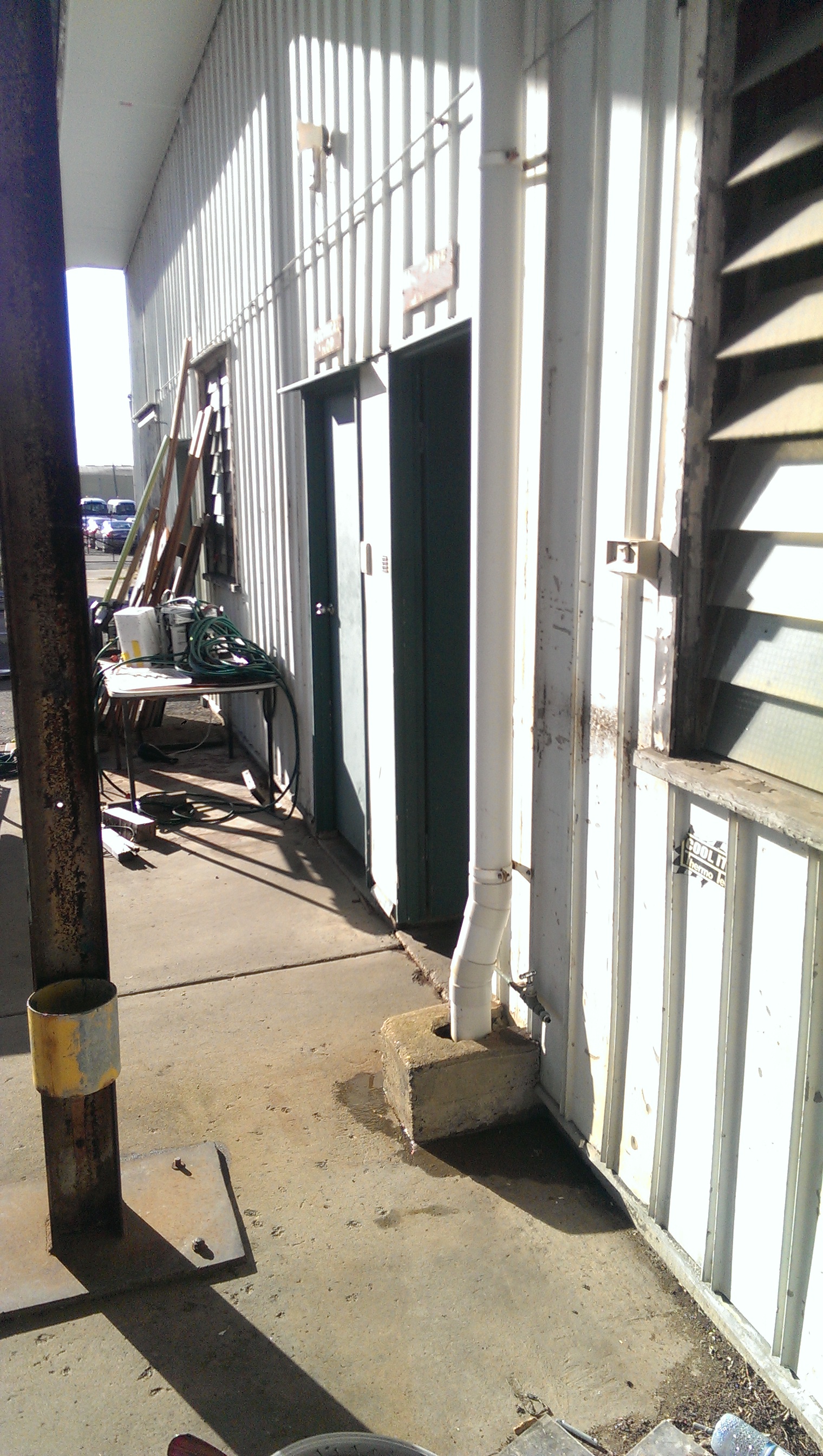 This one. There’s also a drain right next to it…

ah ok. We’d have to see where its plumbing goes for a starter.

As for the drain right next to it, thats coming off the roof so, as far as I’m aware it goes to stormwater? (correct me if I’m wrong)

Can’t really pour bad things into storm water, and if we provide working sinks people will be cleaning paint sprayers, oily parts and such yknow.

Well I’ve figured it out, using a super technical method of just hooking up the hose and seeing where the water comes out… 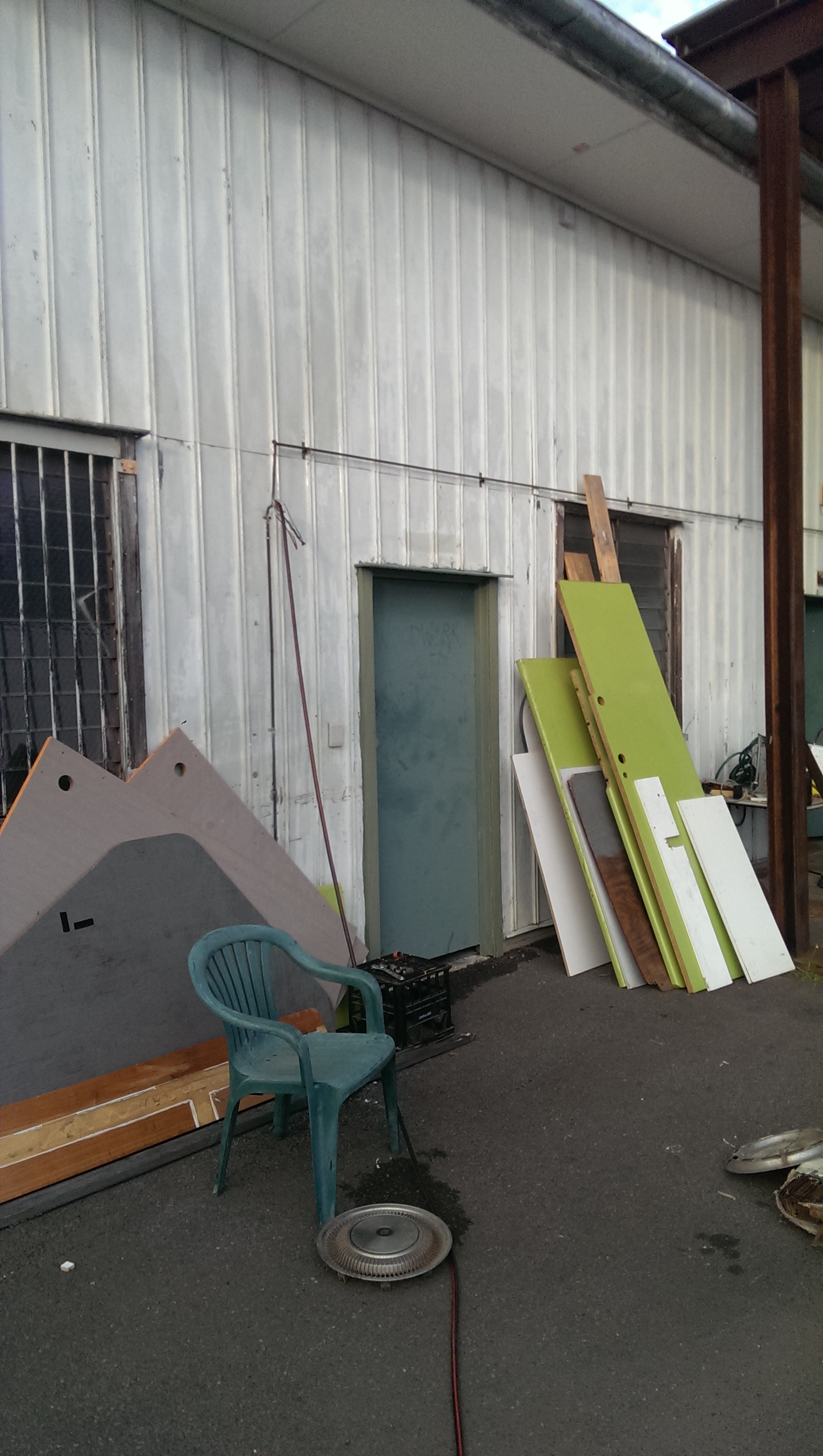 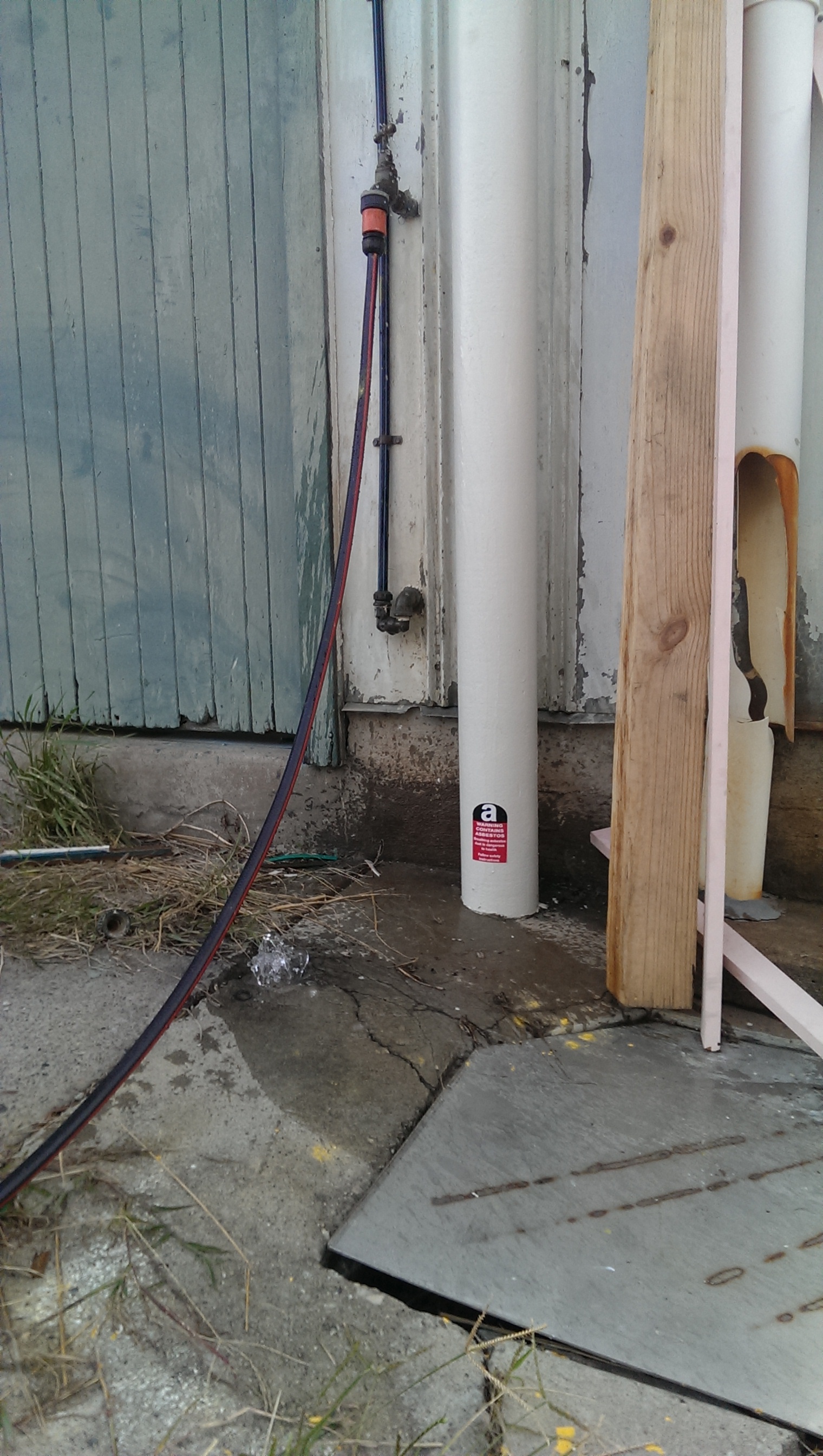 Should be very easy to plumb in as theres an existing water line right there.

ah, yeah. I guess thats something you can do. Not sure why you wouldnt just use the tap on the other building directly

As for the other plumbing stuff, we’ve got the setup for proper mains pipe etc.

The reason for my investigation: 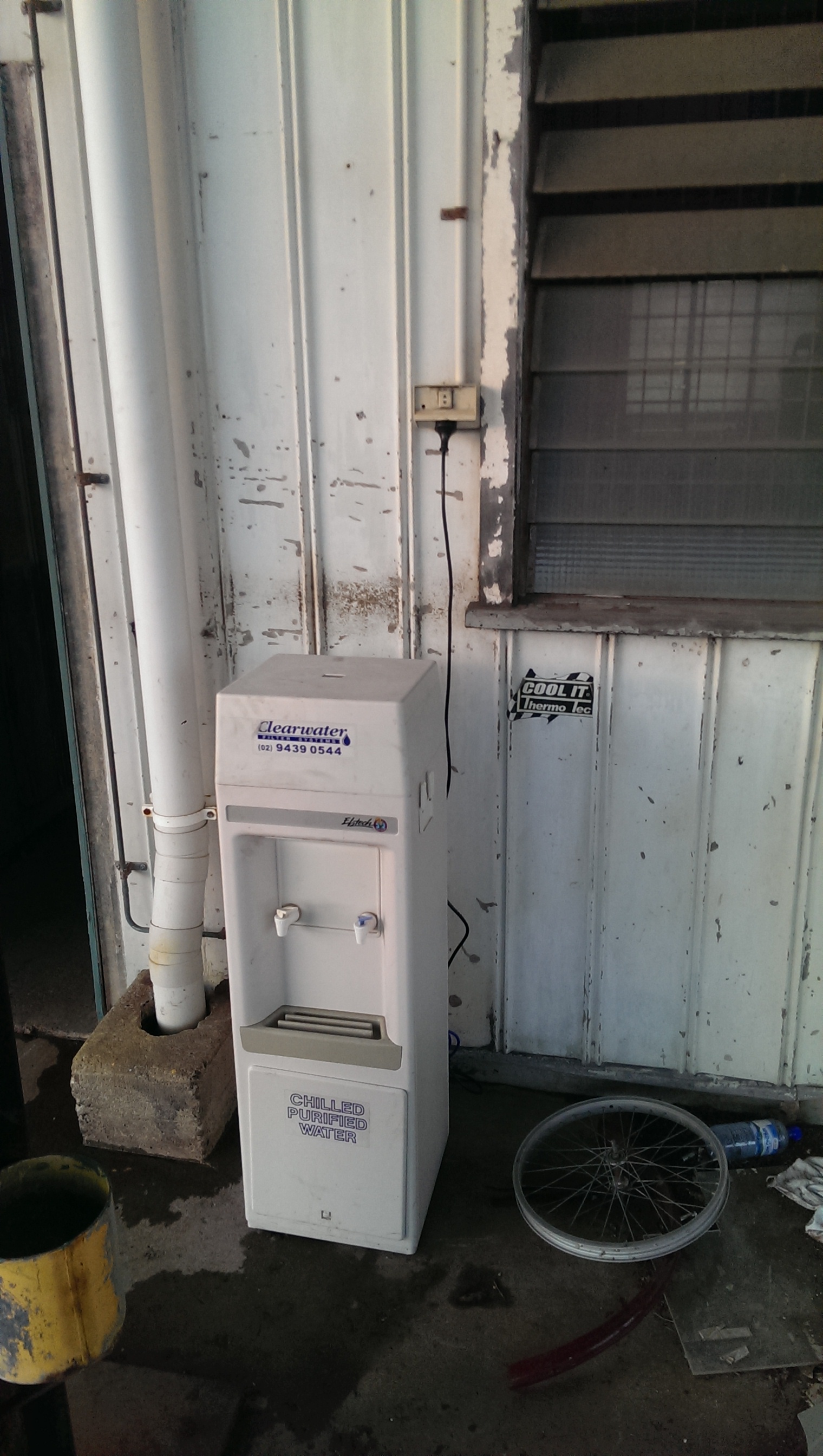 d2b605a7cc7a0dea.jpg1520×2688
It seems to work well… I’ve put some water in it for now but it’ll need to be filled manually until the plumbing is hooked up 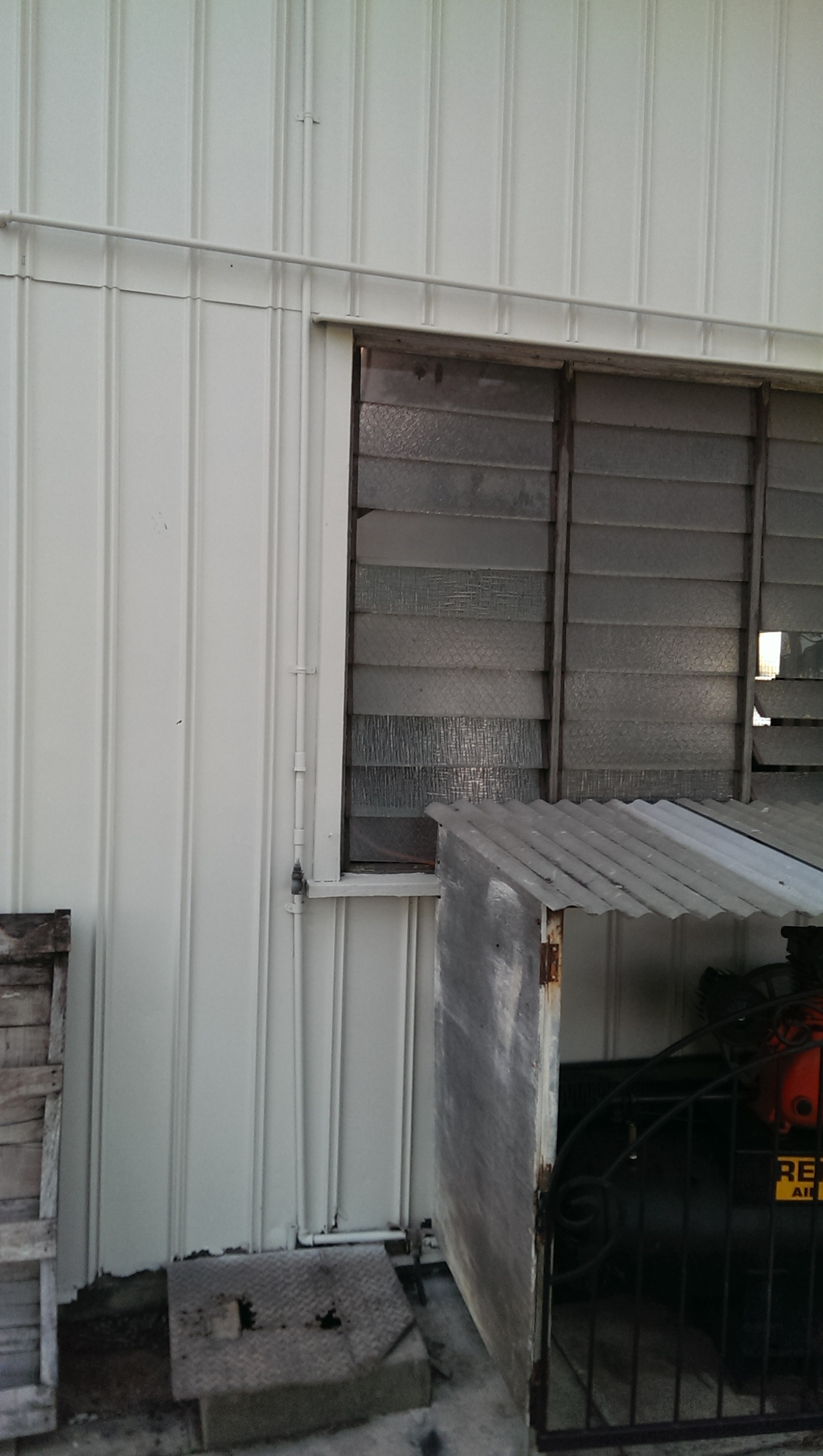 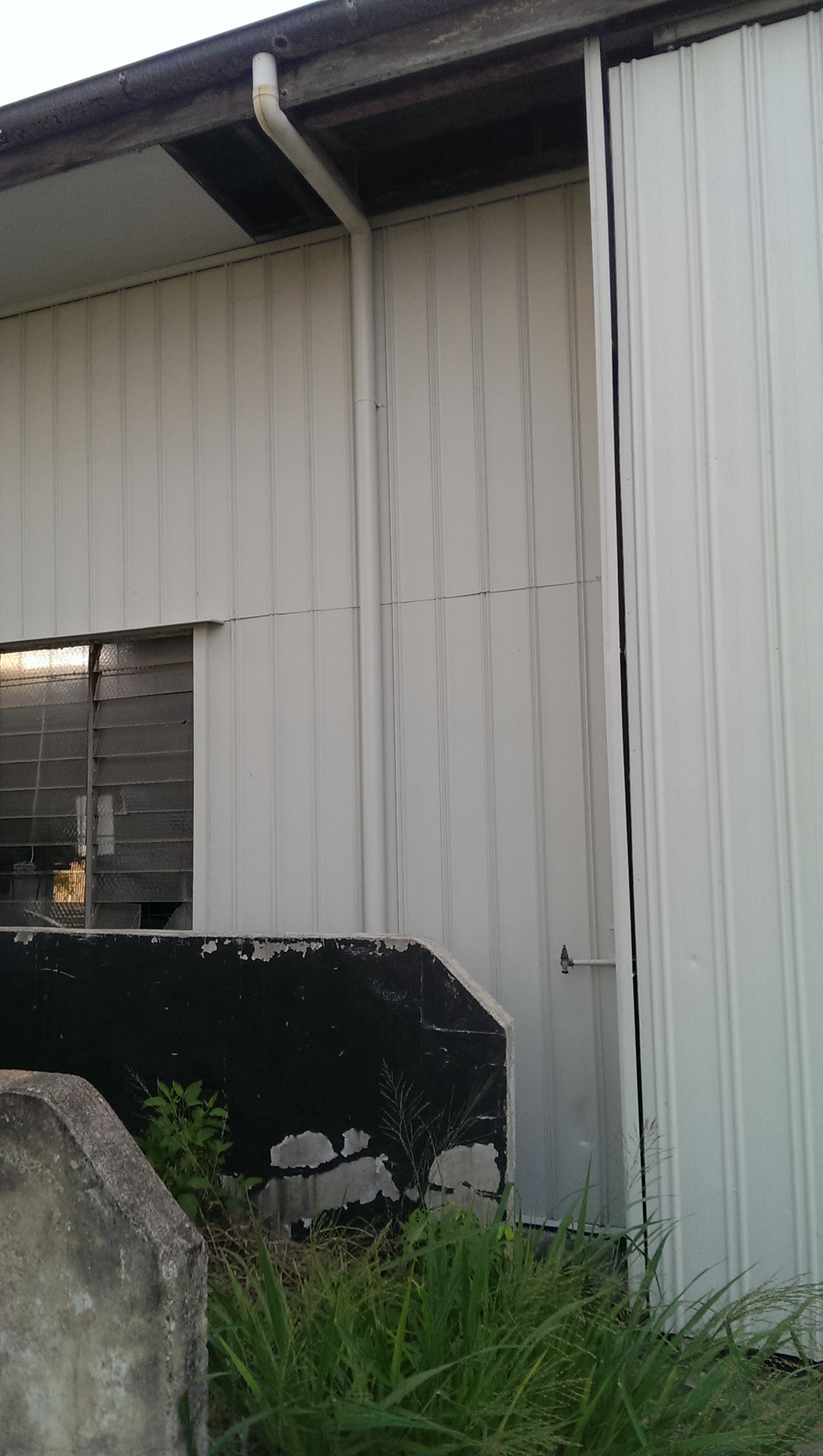 Do the taps on the workshop currently function or are they something the should work if we hook the building up to water with the before mentioned hose and fittings? Also where does the plastic potable water pipe that runs in the grass next to the blacksmiths go?

The taps that @sirhc has found are an unknown, I assume they’re fine and just need to be plumbed in.

The plastic potable water pipe that is behind the blacksmiths is what I refer to as part of the whole ‘plumbing in the warehouse’. It runs the length of the building up to the concrete and it meets up with the mains water going to jugglers (which along with the conduit is what is inside that trench in the concrete). It’s not currently connected because we need an end cap for it, and because we didn’t want to bring water into the buildings without a way to take it out. We have enough fittings to bring that mains pipe into the building in 3 locations as far as I remember.

Without looking I can’t be sure,
but I think that’s the air compressor line.
If this is the case ensure all the other points are blocked/diverted before plugging in water.
Including not going back to the air compressor, we don’t want to flood that

Yeah I’ve had a gander at the photos, he’s referring to water lines not air lines, the air lines would be a fair bit of work to connect a hose up to (I would hope, unless something is really screwey)

There are three taps that I’ve found, the one beside the electrical/machine shop (I’ve connected this to the water chiller) and the two behind the workshop… These two had their tap handles cut off but I opened them up with some vice grips and they both work fine. All three are plumbed to the fitting I found that pokes out of the ground at the arts room. It’s a threaded fitting (cast iron pipe?) So should be easy to plumb it in permanently.

It does beg the question why they where disabled in the first place, but it may be something simple like to stop people washing vehicles or watering the lawn with it in its previous life.

I’m going to take a guess and say that someone hit it somehow and they figured it’d be easier to cap off the line at the creatorium instead of plumb the taps they never use back in.

Anyways, good work @sirhc for chasing down where those taps went!

The workshop taps have been plumbed in, however it looks like there’s a significant flow that’s yet to be accounted for. I’ve plumbed it in with a valve that needs to be left turned off pending further investigation.

That flow appears to be eminating from area around the chem lab water valve where the slab has been broken up/repoured. Also the line to the water cooler is pinched a few times say under the wood shop window.