Any way, there was some talk of broken casting but unsure, if you know what happened please let us know.

Everything feels good, but need to boot it up to see, and that’s a thing that needs to be done with two people.

This may help with the BAL
http://www.csparks.com/Restoring/index.xhtml

Also have friend that knows a lot about large machining/fabrication equipment(that is not a member yet) that could give some advice on how to procede.

Sounds good, the more equipment the more better. Also, I’m sorry, but your post title reminds me of an XKCD comic where he swaps the hyphen around when he sees that phrase, e.g. ‘big ass-lathe’.

Bit of surface rust
Brake needs retightening
No e stop
Does not start, tried powering it up and nothing happened. Bit disappointing, didn’t trip anything, nothing, have a feeling it may be an interlock. For another day 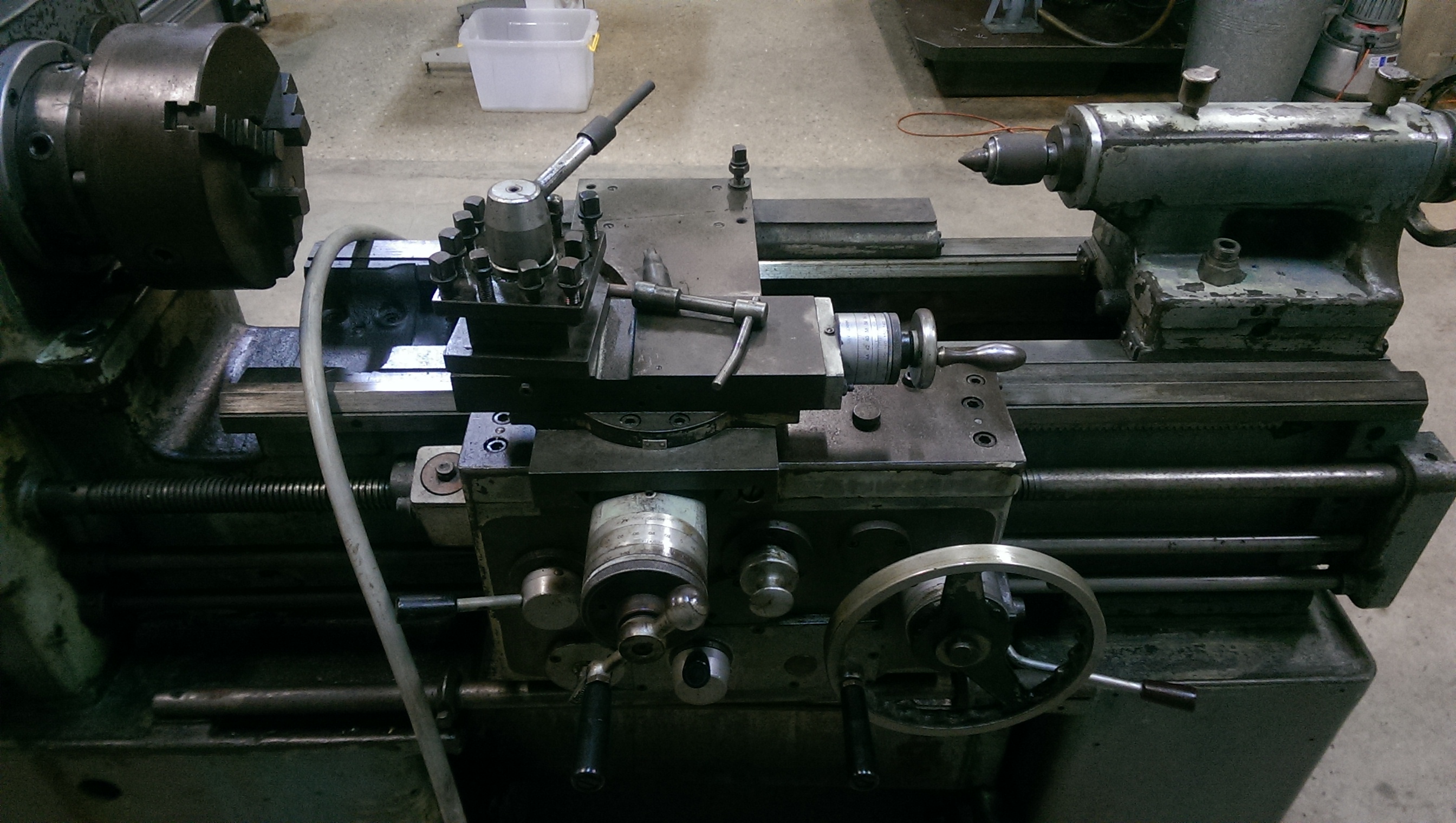 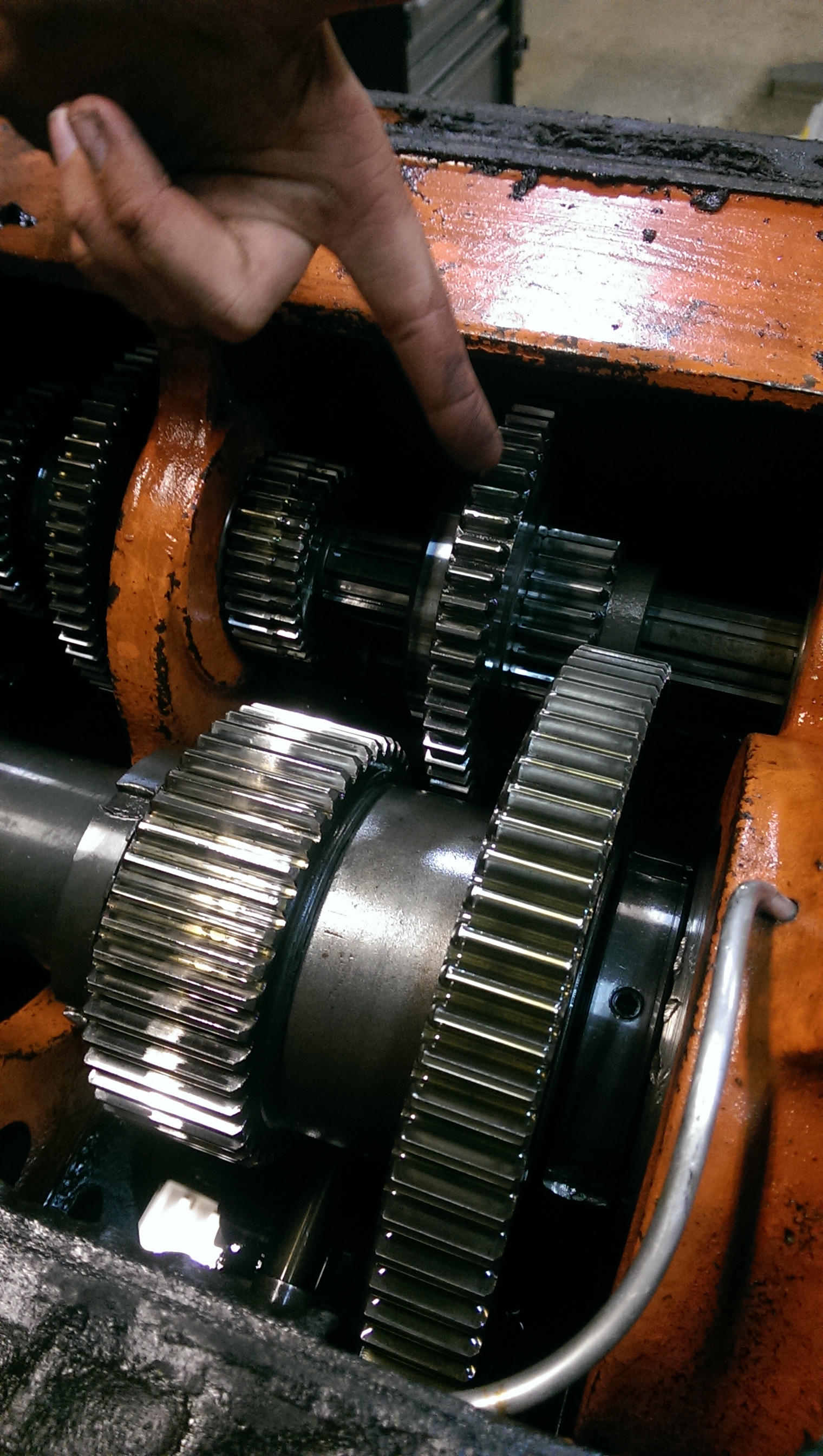 I remember that it does spin up, though it doesn’t start with a push of a button.
More push a button pull a leaver and giggle a thing.

Anyway more love would be good as I remember it was missing some of the safety features as you have pointed out.

It’s great to see it getting some attention!

Might want to check the cabling, before I left I had a look and noticed there is a conductor for the blue phase In the lathe cable.

from memory, the big gearbox on the top-left of the unit has a handle
on-top of it… inside the gearbox ( done by removing the entire lid) ,
the thing/s this handle connects to are broken.   I’ve had my hand deep
inside this gearbox, fishing around in the gear-oil at the bottom, and I
found the part/s that should have been connected to the handle and at
the top.   there were plans to fabricate a fix, and repair for this
part, as I don’t recall it being a huge amount of work… but then at
the time, it was Eric’s call ( as cause leader) , and he decided to
mothbal the machine, as he thought it was too hard, and that the machine
was also unsafe to operate for beginners, as it lacks modern interlocks
and a shaftlock/break.     I think the main interlock it has is a long
pedal across the floor in front of it that you have to either press to
operate, or press to stop, I forget.

Cheers David, that will teach me to rush

Did it stop the gear selection? As it seems to engage all the gears.

From memory you need weight on the pedal for the machine to operate, the idea being if the machine grabs you then unlike an Estop its not something you need to reach. The sad truth is it won’t actually prevent injury, the weight of the machine will mean it takes a good while to spin down… but it should at least make it easier\safer for first responders to remove whats left of you from the machine and attempt to stabilize you.

Don’t get me wrong, the big lathe is a very cool machine and I’d love to see it going again, but its something that absolutely needs the utmost care and respect to use. In fact I’d go as far as to say if it was my call I’d key lock the machine, so you need to have the cause leader\executive go and get the key, run down a list of things you need to know and check you attire\condition is safe to operate the device before they unlock the controls. Its not something I’d normally do in a workplace, but at the same time we don’t have control over a limited number of staff, nor access hours\staff fit for work condition, so I think being over cautious with a device most people shouldn’t ever need to use is much better than having 1 person (be they new or somebody who should know better) use the device with long sleeves rolled up, because if it grabs you, it won’t stop.

Going a step further, for safety reasons any workplace I have ever been employed at has a minimum two person in an area policy, even over smoko. That way there is someone who can scrap you out of the machine and dial emergency services. Not that it would be easy to enforce, but I would suggest that members at the least be cautioned as to the wisdom of having someone else there before being given the keys.

For the majority of our site that’s probably not possible or necessary… but for the big lathe or other tasks people deem to be dangerous advising people to have a buddy is a good call.

For now the aim is to make it work, Jace and I are going to see how it performs, then come back with what we find and we can make a decision as to whether we want to keep it or sell it or put it back in the corner. Jace and I are both very careful with these kinds of things as we’re both particularly fond of not being turned into pink goo.

I had a look today, the 3 phase plug on the lead (beautiful join there guys…) was very poorly terminated (explaining the issue the pedestal grinder had), and the motor spins up if you manually pull in a contactor. There appears to be an interlock or dodgy button somewhere that’s causing the start panel button to not work. Will investigate further.

The switch to disable the motor when braking has been bypassed (non-functional) and the lathe now spins up, however it’s got a quirky startup sequence and has a sad sounding gearbox.

How do you start it? Might be in today

I left instructions on it but it’s pretty much press the green button which latches a relay, then use the lever rightmost on the carriage to engage forward or reverse (3 position lever). After stopping you need to put this lever in the “off” position and then back to the right direction.

One of the direction switches is bad, needs replacing.

The broken parts has been fixed previously, they may or maynot need a clean up.

It’s actually the lever connection to the shaft, super loose. We got it to go onto forward and reverse with the lever, just gotta tickle it

We had a look, the micro are burnt out from having oil ingress, ive order some more genius parts from Japan (they are not serviceable) , it will take however long from China.

Considering wiring it up into foward in the mean time to see what is supposedly making it jump out of high.